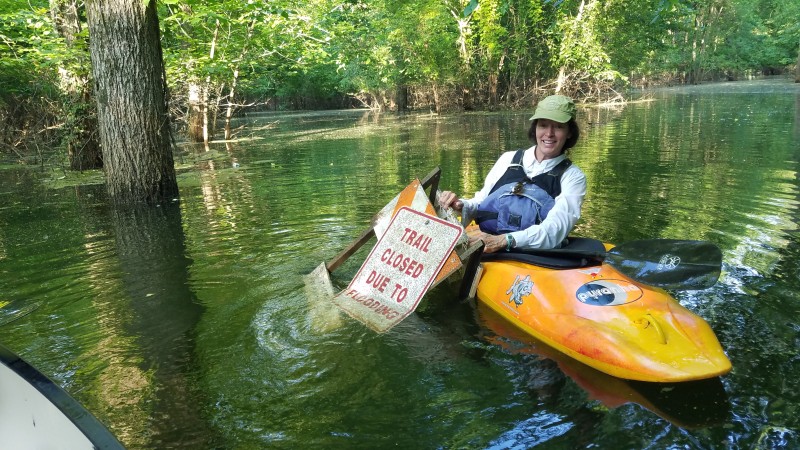 Its always nice to have friends. In this instance, JoJo called and asked if I wanted to paddle part of the flooded Meramec river. I’m always up for that. I packed up and met them at a place I’ve never paddled before in south Saint Louis. Here are a few shots of our paddle.

The water was nearly over the roof of this shelter. Jason was up on a structure that holds the electrical transformer above the flooding they know will occasionally happen. 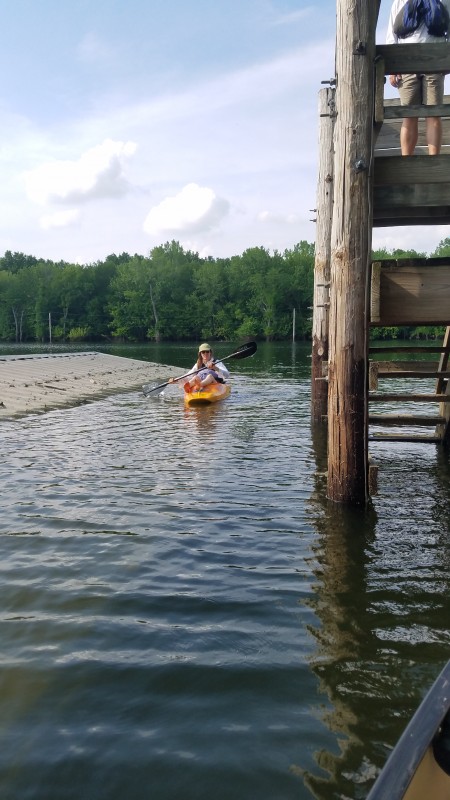 Hard to tell what is flooded vs. normal Meramec River. 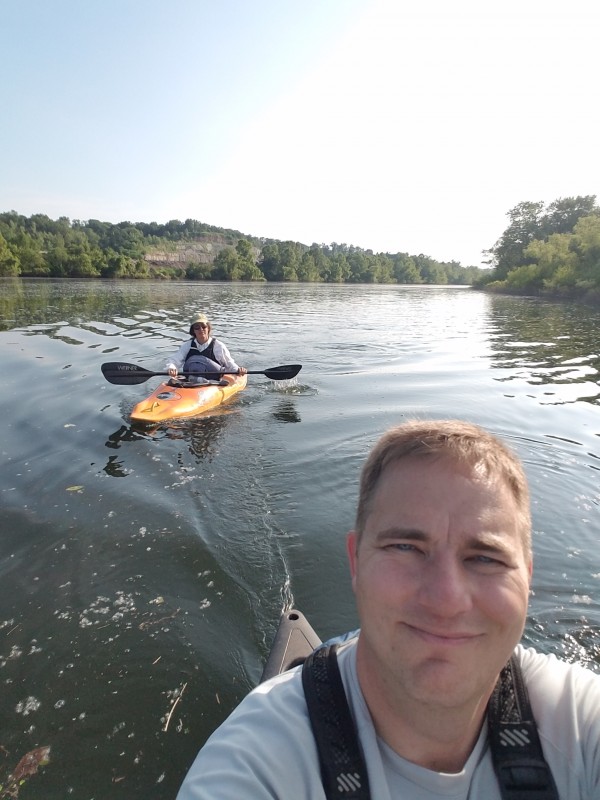 The best part of this whole paddle was what I called the “water trail”. We paddled through a wooded area where a paved bicycle path is. The water was high, but still clear enough to look down and see it. What made it feel like a trail was the fact that we had a tree canopy over our heads and a clear path ahead. Very cool feeling. Then we found this sign and were able to pull it up out of the water for a photo before putting it back. Its about 5 feet over the trail here.

We just finished recovering this tire that we would dispose of later. There is also a traffic cone. Trying to make the world a better place! 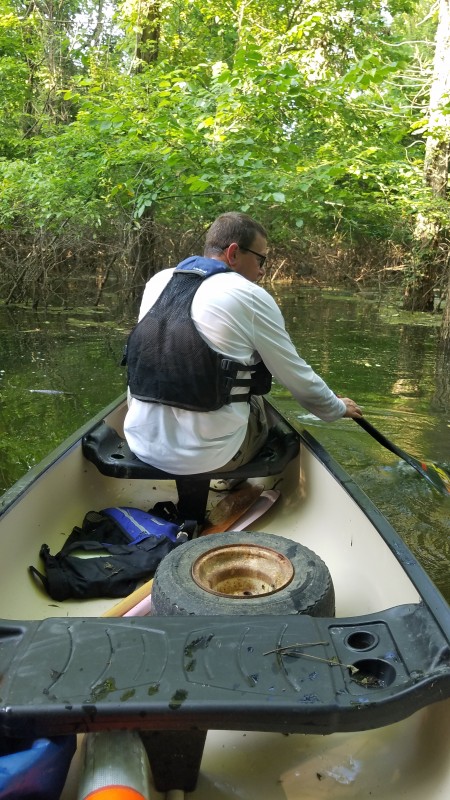 Jason relaxing. We don’t paddle this boat much. Part of the reason is because the seats are not very comfortable. He is trying to find some relief. 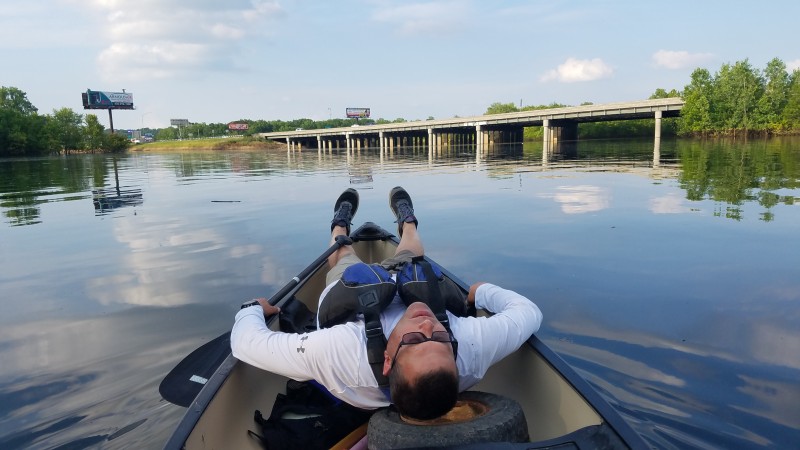 JoJo was kind enough to grab my phone and get a shot of us. 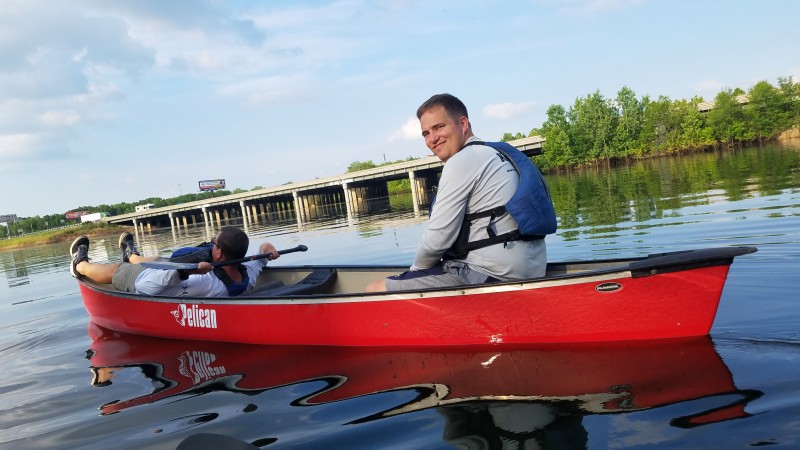 I love the reflection of the under side of the bridge on the water. 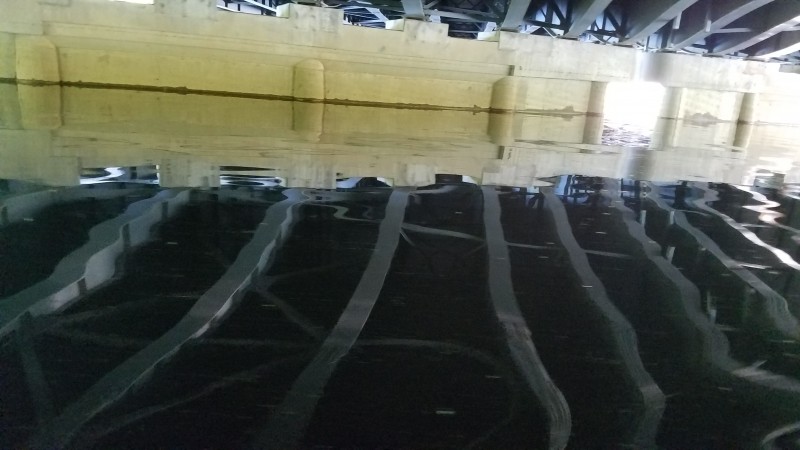 If you’re curious where we went, here is a screen shot. The gray line going north to south is I-55 for reference. 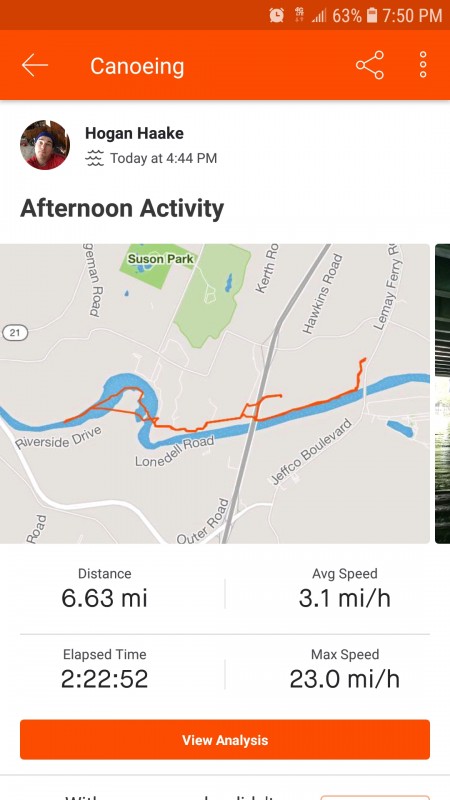