Before you get too excited, French Lick is a town in Indiana. We decided to go there for new years for a change. This is the 18th new years we’ve celebrated with the Niemeyers. The plan was to head out Saturday morning. Mason had a birthday party to go to, so we picked up Kelly and Maggie and the 6 of us went out.

After a pleasant drive, we got there and checked in. We had two nights booked, but we didn’t want to waste any time swimming at the indoor water park! 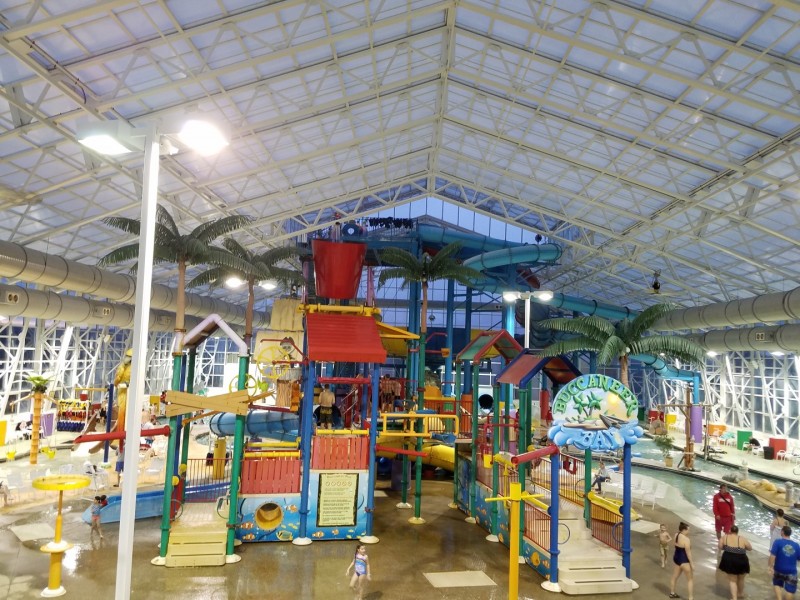 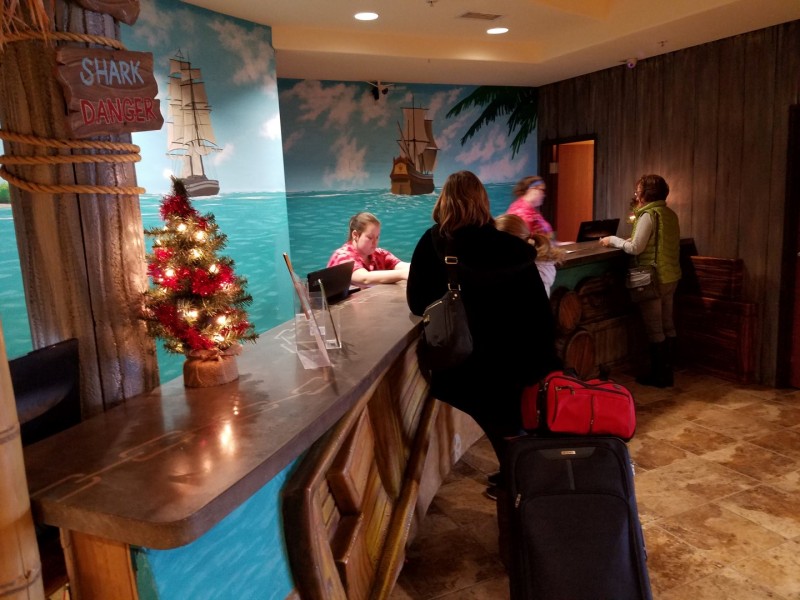 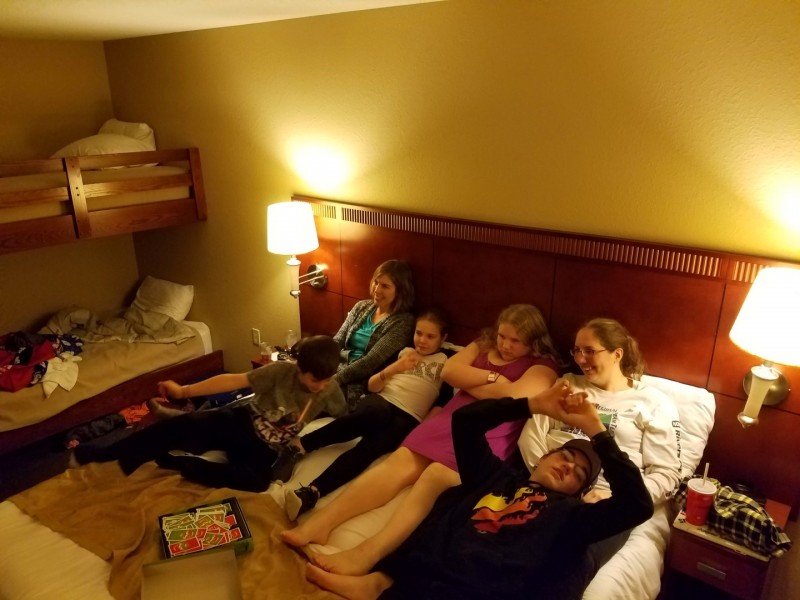 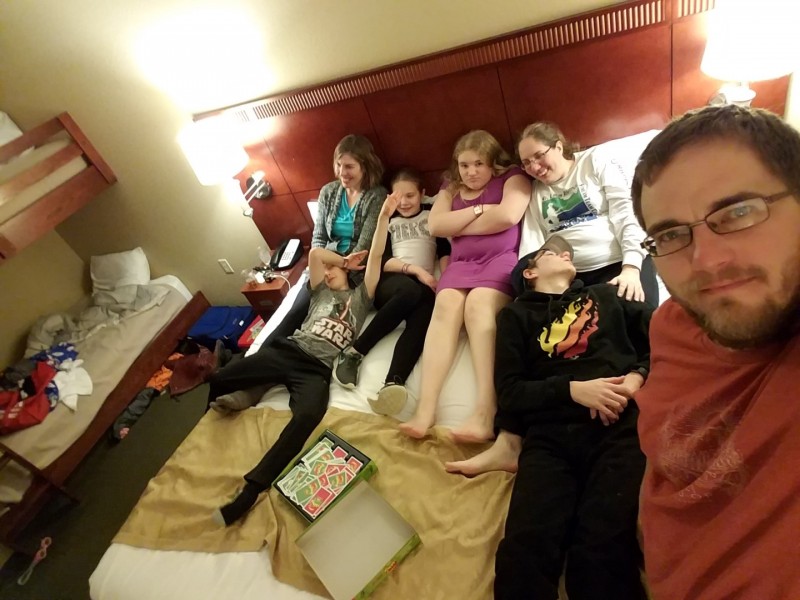 We spent the whole of the first day swimming and the evening playing games in the room together. Sunday morning early, Danelle woke up feeling very sick. She spent all morning and into the evening dealing with sickness that came on suddenly. It wasn’t until the evening that we saw the sign on the left door going into the water park that explained her illness. 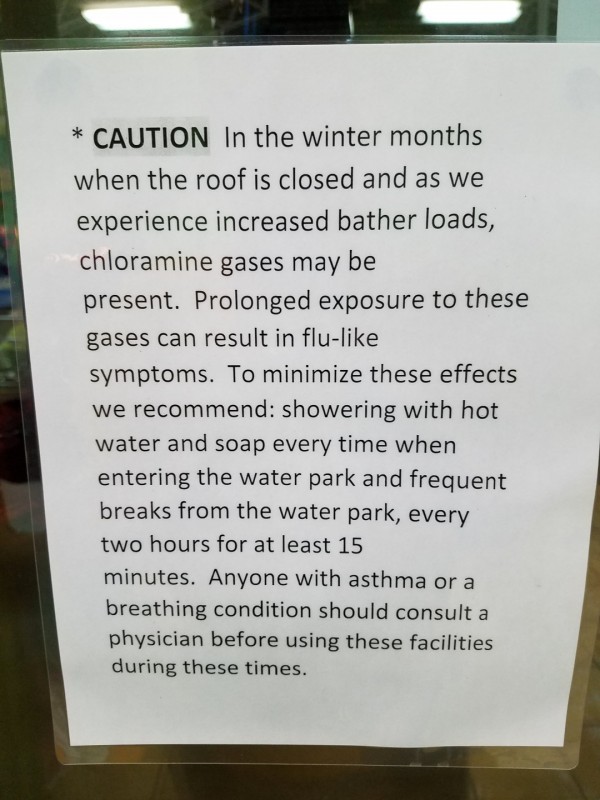 Being out of the water park was what made her feel better. It was strange that she was the only one in our group that was affected by this.

During the second day,we took a mini tour of French lick, checking out the West Baden resort. Even having been there before, its still amazing to see the building! 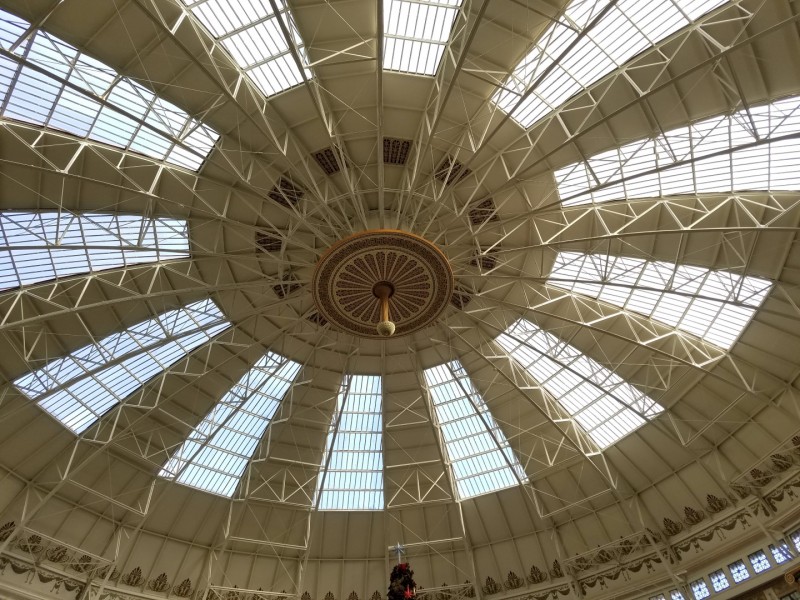 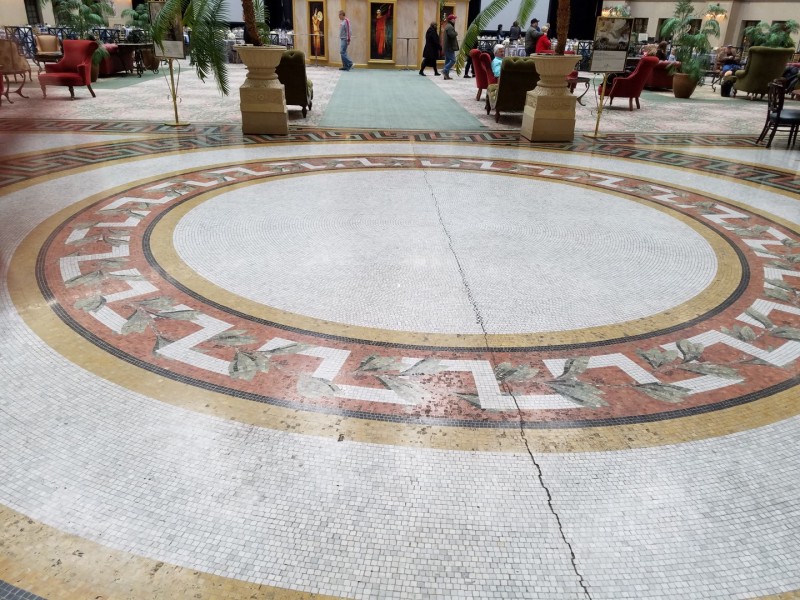 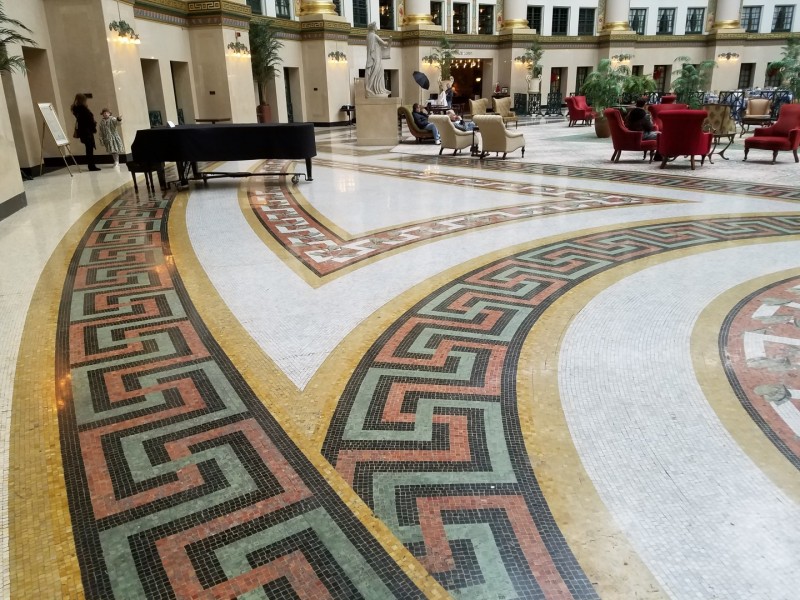 After a few rounds of lazer tag and some pizza, we went back to the hotel for the grand new year’s party. They had supplies and a surprise. 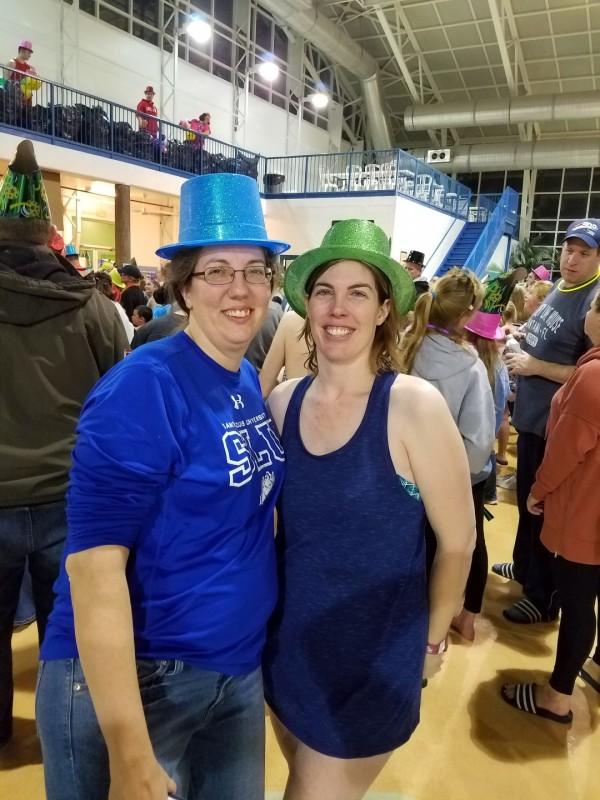 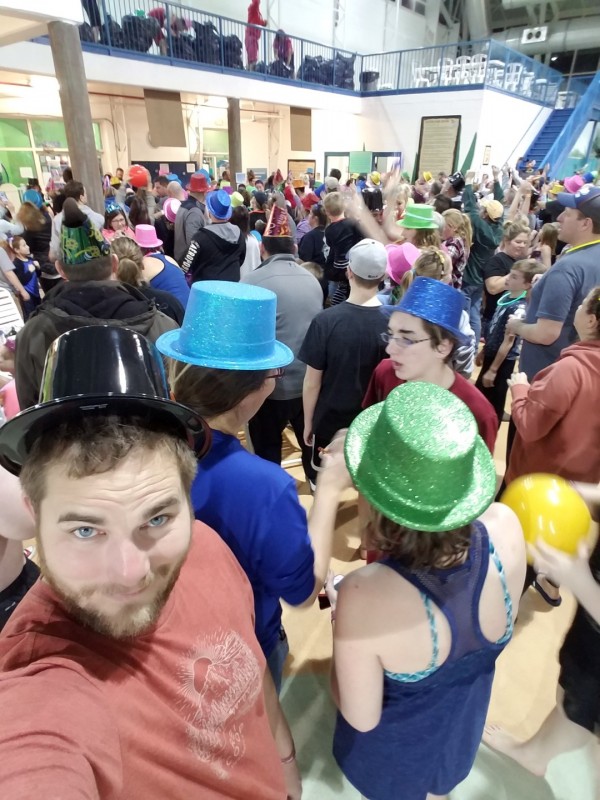 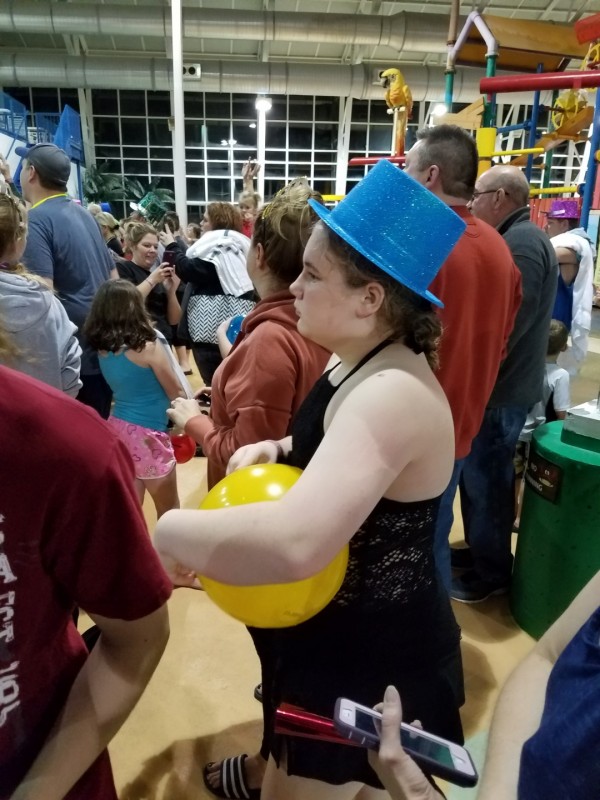 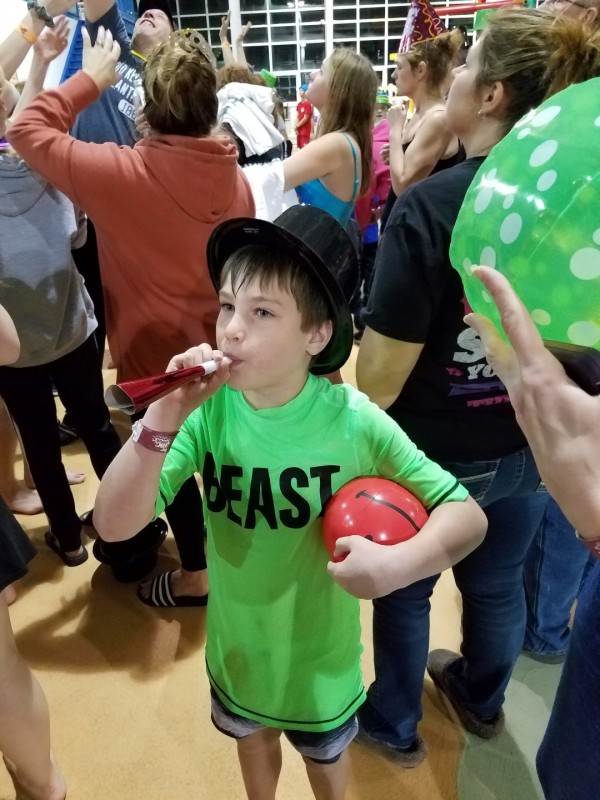 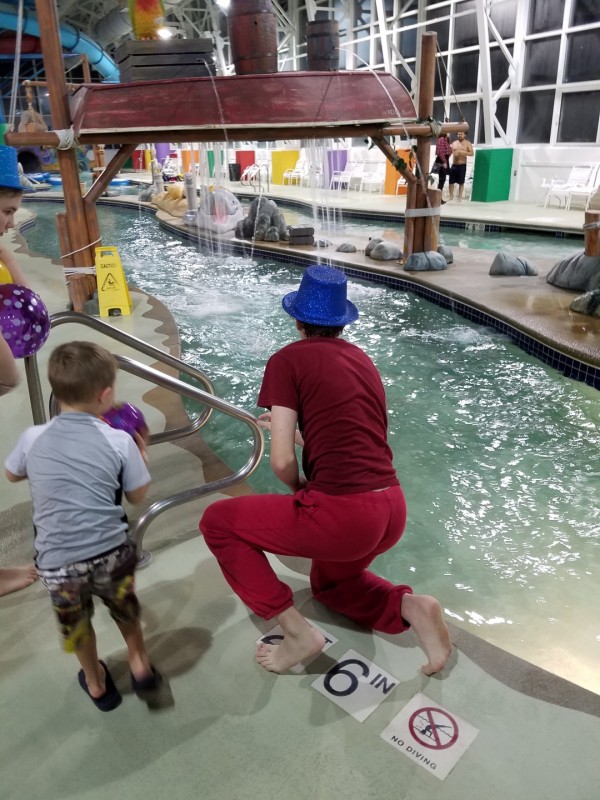 Probably the best thing about this new year’s celebration was that we crossed to the Eastern Time Zone. This meant that us old people could celebrate at our 11pm and get to bed before midnight! 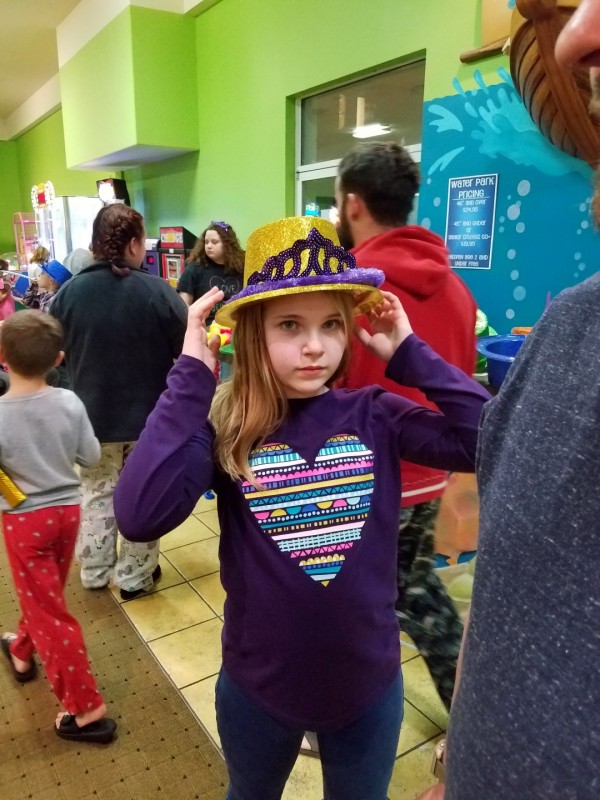 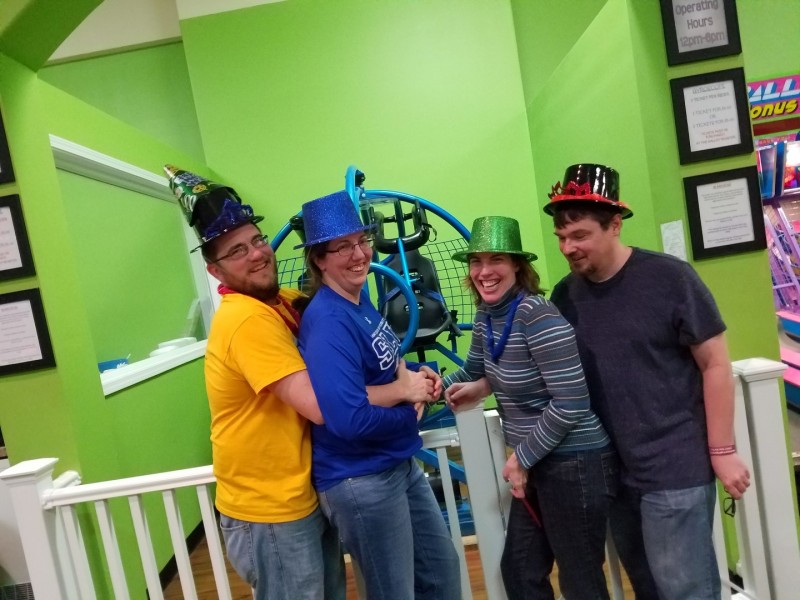 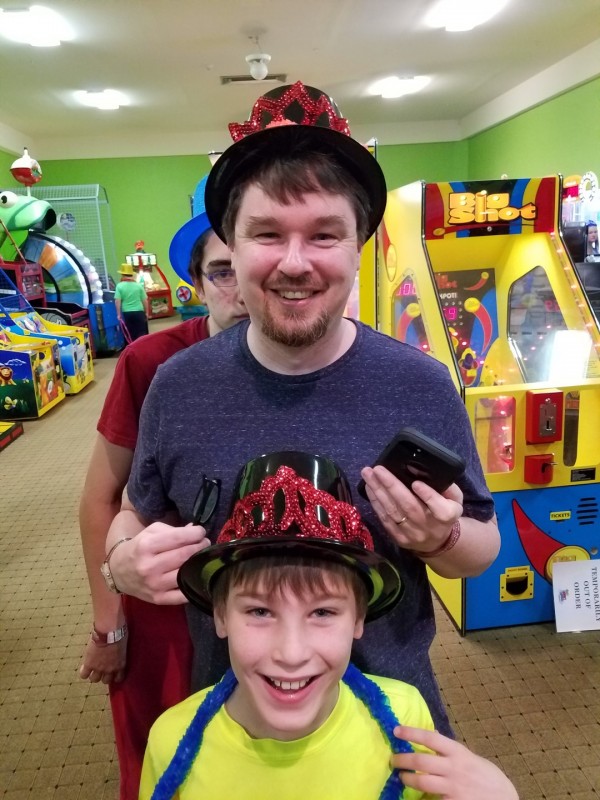 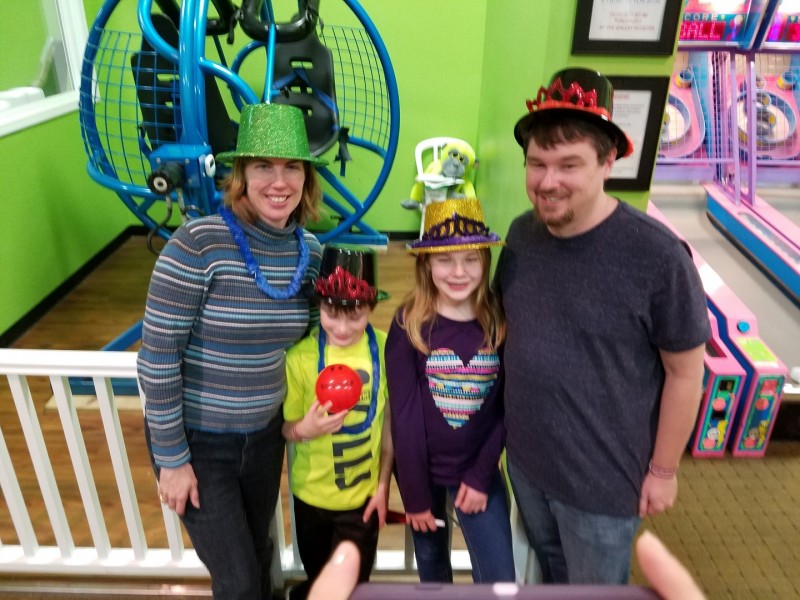 And if there was any doubt that the kids had a good time, here is part of the drive home! 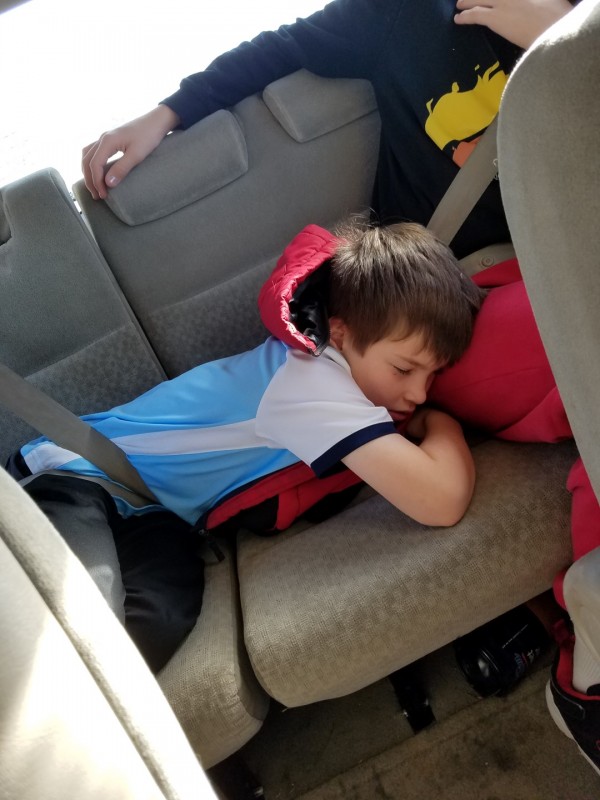 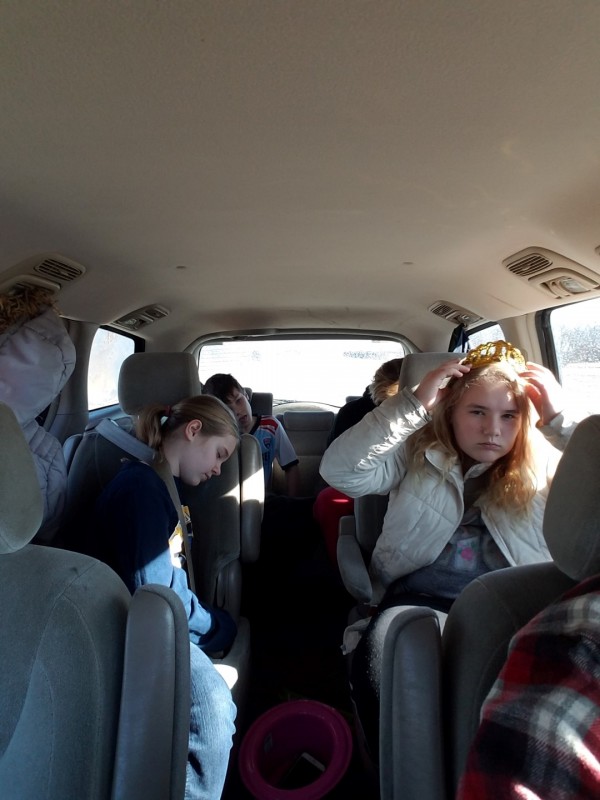 In a tradition going back to at least 1999, we spent New Years Eve with Kelly, Jeff and family. True to myself, odd [numbered] years are when we host them, and even numbered years we go to wherever Kelly and Jeff are living. First, we should introduce the players! 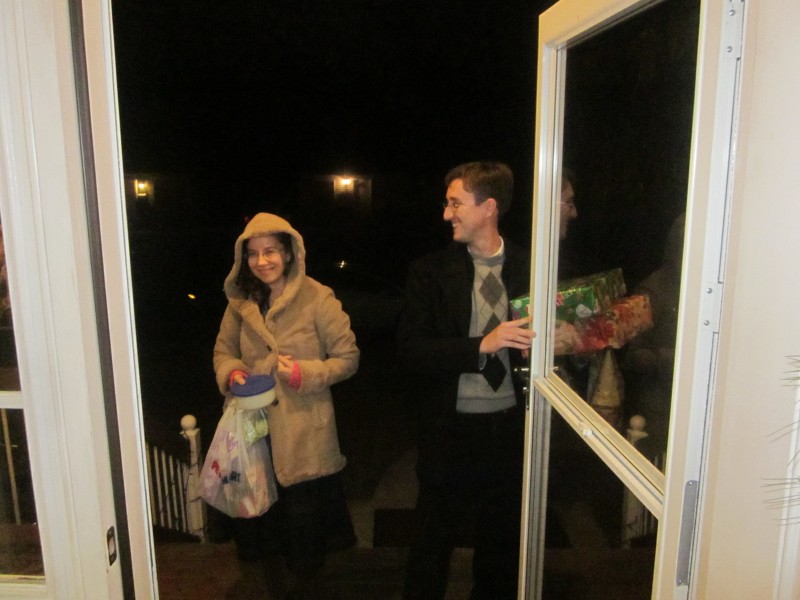 Brian and Kelly, Kelly and Jeff 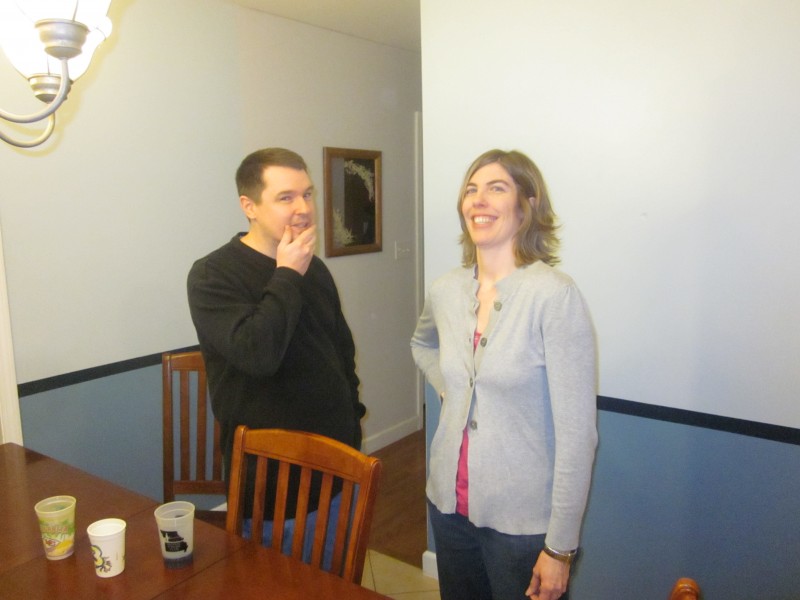 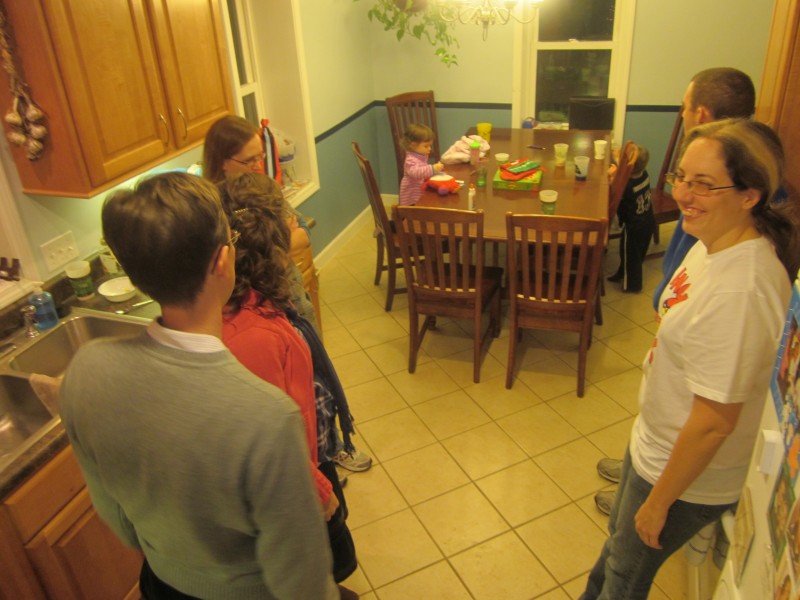 Jake and Robin, The lovely Danelle [and me hiding behind the camera] Of course we had our kids there as well, but New Years is about adults pretending to be kids and drinking sparkling grape juice. As the evening progressed, we passed the time playing games. The three sets of adults [with kids] rarely see midnight as they are generally too tired to consider it. The games helped us forget that we should be sleeping in preparation of our kids getting up early and wanting our attention. Our first game was Apples to Apples. We had several interesting rounds, made more interesting by the very diverse personalities. Place any card with bacon or girls and I’ll pick it any time no matter what I’m presented with. Others were more “sensible”, so it was important to focus on the presenter. 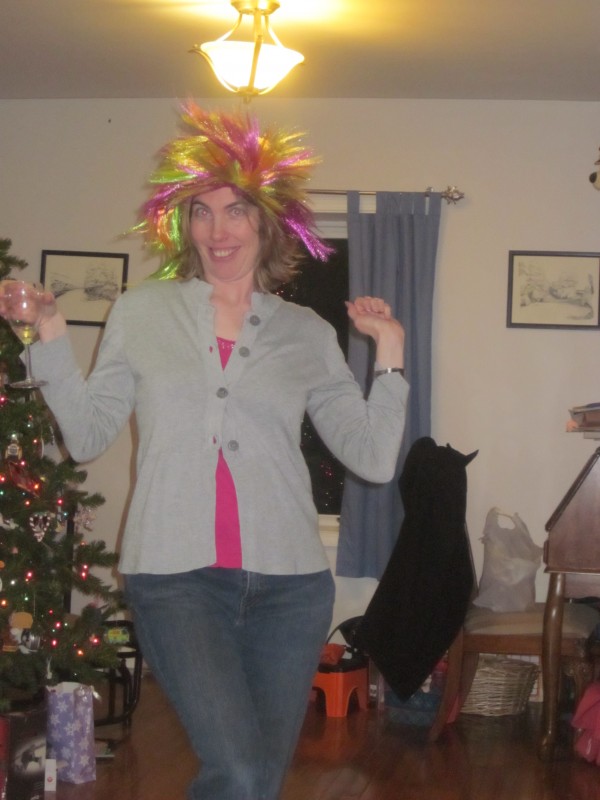 After we finished with the apples game, it was on to Dance Dance Revolution on the Nintendo Wii. We each took turns dancing. I may have upped the dancing a notch when I got out a rock star wig and went crazy. My score wasn’t great, but the laughter was. We may have had a video of it, but I wasn’t going to let it see the light of day.

At a few after midnight, Kelly took the nasty bottle of champagne out front and shook it up to spray it all over. I’m guessing she doesn’t watch much auto racing or championship games, cause she didn’t know to put her thumb over the end and spray it like crazy! Overall a perfect way to start the new year with friends! 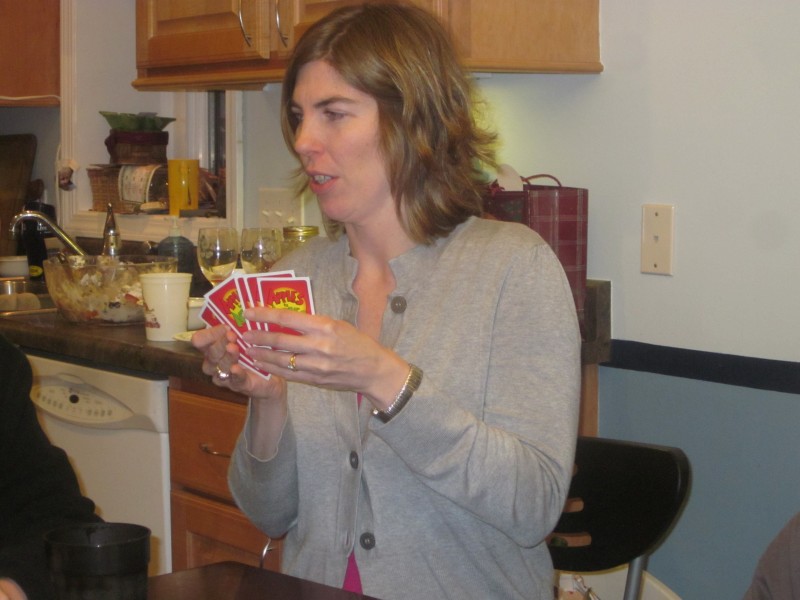