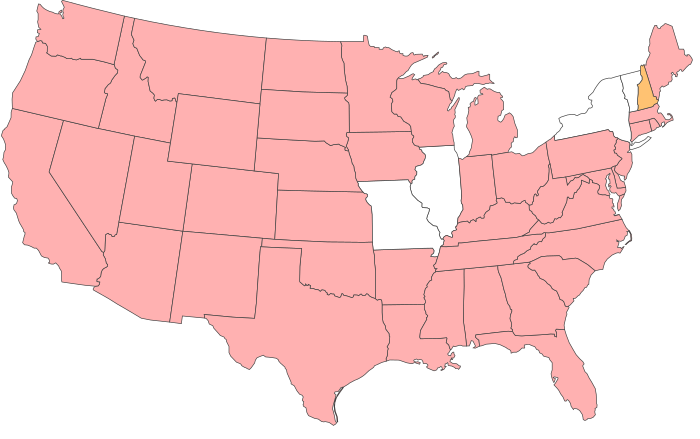 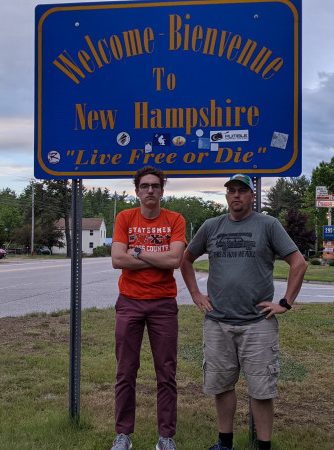 After riding in Maine, it was time to start the drive towards home. We still had a few states on the way, but it felt good to be ahead of schedule and still meeting our goals. I often think how great it would be to do this trip all over again now that we have experience. I would love to have more time to take in everything. I hoped with unicycling we would get more flavor of each state. Instead I got a longing to stay in each state (except Oregon) longer! Today, we did just that sitting for an epic sunset. I had purchased some snacks at a gas station and we sat shivering while watching the sunset!

Full flannel and a blanket over our legs! 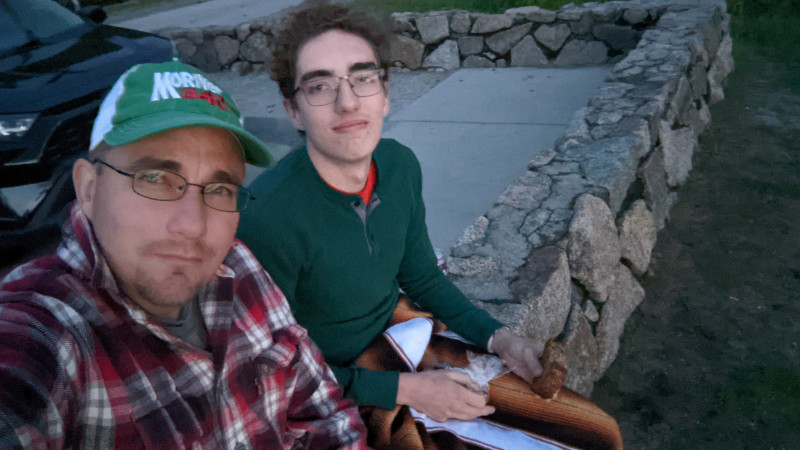 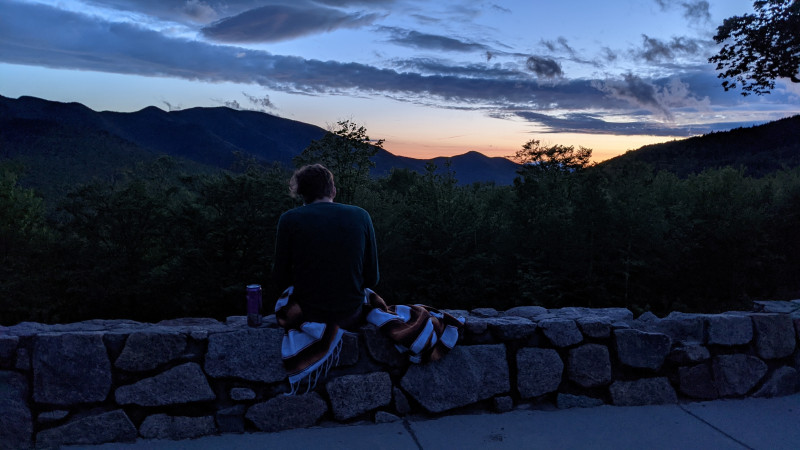 Our ride in New Hampshire was set for the Pemi trail in Lincoln, NH.  I had read that the trail was around 8 miles one way and that it was best to go north to south. I called one service about a shuttle and they said that they would not provide one without a bike rental. That was more than I wanted to pay and we didn’t need the bikes. When I checked into the motel the night before, I mentioned being curious about a shuttle ride for our trip. I’ve learned to ask locals and often good things will happen. As it happened, she had posters for 2 services on the board behind where I was standing.

In the morning I called and got an apprehensive yes, but we’ve never transported unicycles before, but they should fit. It wasn’t long before the shuttle picked us up and drove to the north end of the trail at breakneck speed. It was a relief to know that we could just ride one way and get to see all of an inspiring mountain trail. We had done this back in Idaho and were quite satisfied with the results.

I started wondering what we were in for when the trail started just going uphill. We went up and up and up, finally leveling out. I found a great clearing with a view and walked over. I was unsure about the ground but Corvin encouraged me on. It didn’t take long before I had one completely wet foot and one dry foot. I warned Corvin so he could miss it. I wasn’t looking forward to 7 more miles of riding with a wet foot, but the view did help! 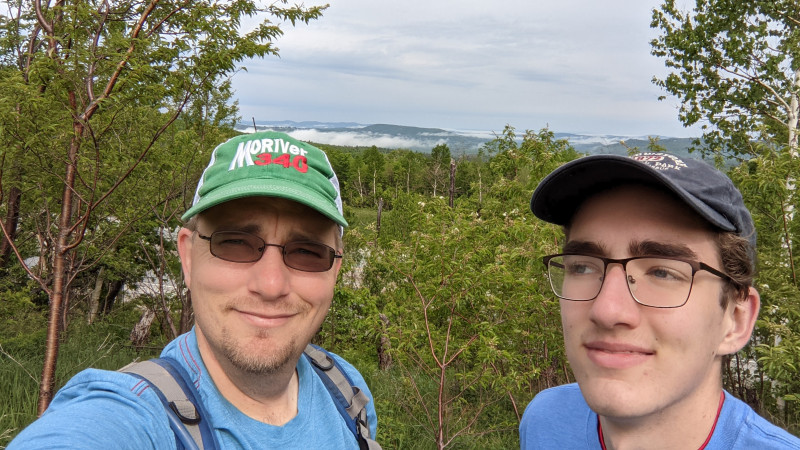 We continued on enjoying the high passes. There is something special about seeing signs for the mountains when you live in the plains. 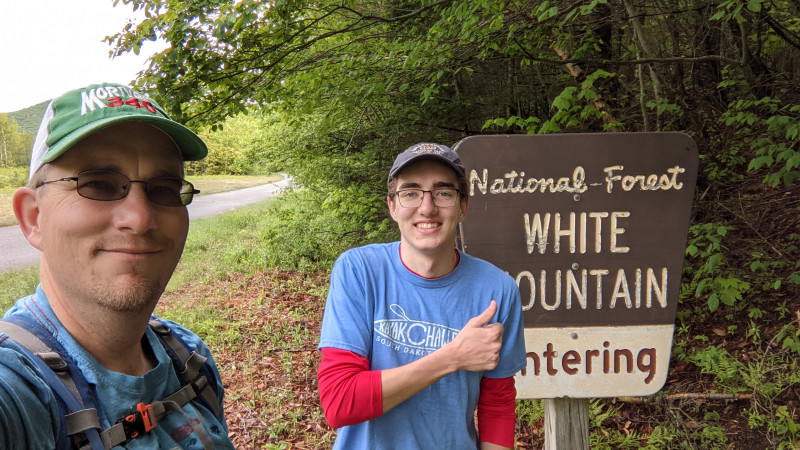 We started seeing more people and I was surprised before I realized the path we were on was the old road in the area. We stopped at a bridge overlook to enjoy before continuing on. 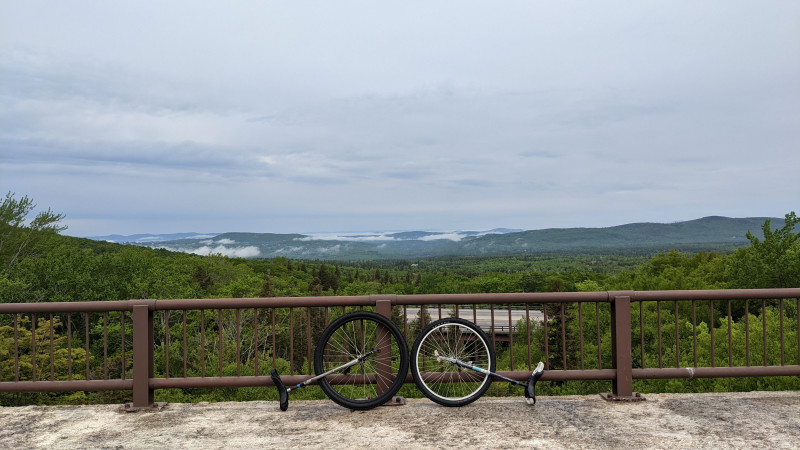 The riding was pretty darn good. I was hoping for non-stop spectacular views, but they were often hiding and just out of reach. Somewhere on this next stretch I had a rather epic UPD (unplanned dismount). I didn’t land on my feet, so my whole body was on the ground. It took me a minute to shake it off and we walked for a bit. When I did re-mount and start riding again, I continued to question my skill but had a long time to ride. It probably took a half mile to work it out of my system.

We crossed under the interstate a few times and at one of these junctions, there was a log cabin we explored for a bit. 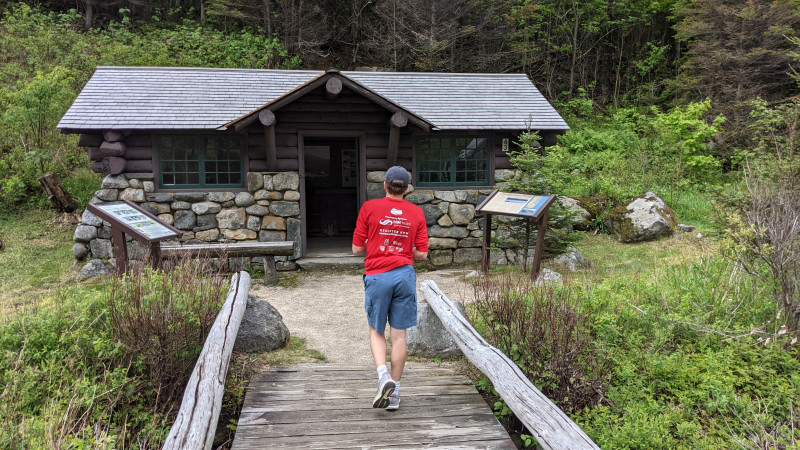 It was right around the log cabin time that we experienced some rain, continuing our streak of rain for this trip for one more ride. While it was only a few drops, this is now six states in a row with rain.

As we got closer to the end, the signs of civilization started popping up more. This was a cool bridge to ride over, but stopping to hear the water trickle past  was worth the stop! 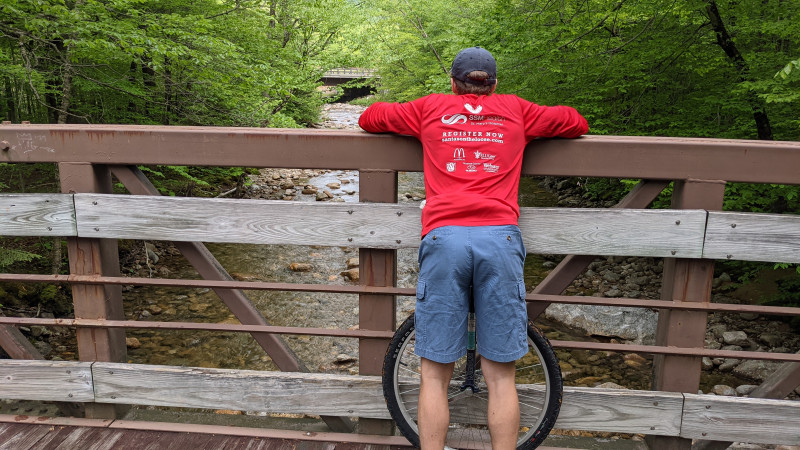 All rides come to and end and we were ready. This path didn’t feel downhill. In fact we gained what I believe is the second highest elevation of all of our rides to date at 530 feet. 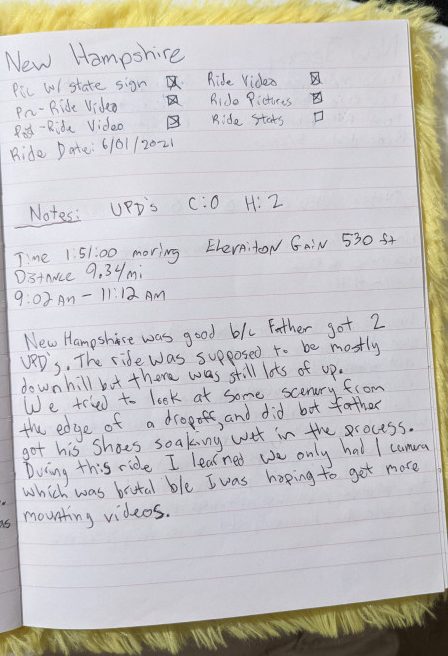