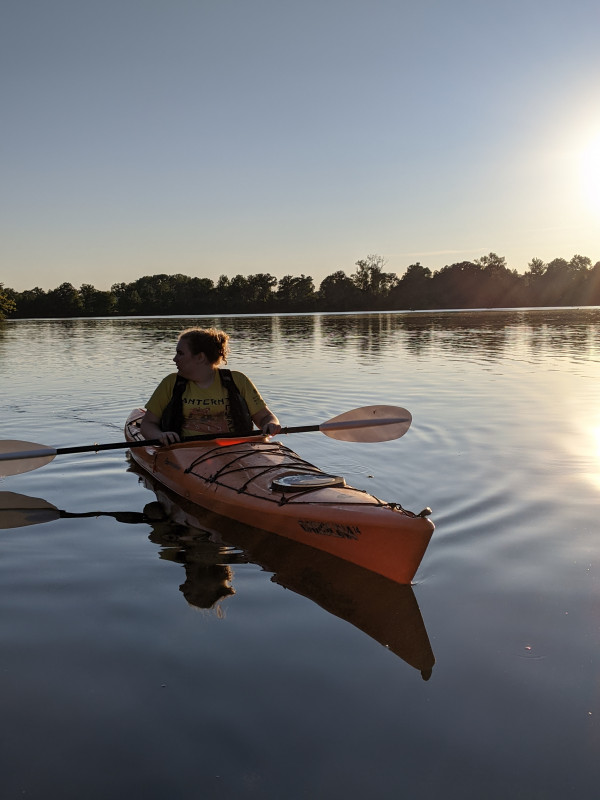 I was thinking about doing a 20 plus mile paddle tonight. The biggest issue is that I didn’t want to leave Sonora alone at the boat ramp while Corvin and I shuttled cars. I had Corvin check to see if he could get one of his friends to join us to keep her company (safe) during the shuttle time. I started realizing that it couldn’t happen with the time allotted. Then 2 of Corvin’s friends accepted his request and we had too many. I decided at this point to change our venue and paddle on Simpson Lake. There isn’t much trouble the kids could get in there. I called JoJo and she agreed to join us. I packed up 3 boats plus kids and headed out to the lake.

It feels weird the first time you do it, but its best to drive through the grass to get close to the lake before unloading. The kids freaked out a bit, but got over it. There by the lake, we unloaded gear for 6 paddlers. 1 kayak, and two large canoes. It didn’t take long before all of our guests arrived and we got out paddling.

Sonora in the kayak.
Corvin, Jackson Tar, and Andrew Bacon in our C4
JoJo and Hogan in the C2.

At first I was a bit frustrated with the way the boys paddled (or didn’t). I quickly realized two things. First, they were having an incredible time. Second, that our 20 plus mile trip on the Missouri river would have been a mess with the kids. This was the best choice I could make with the group. 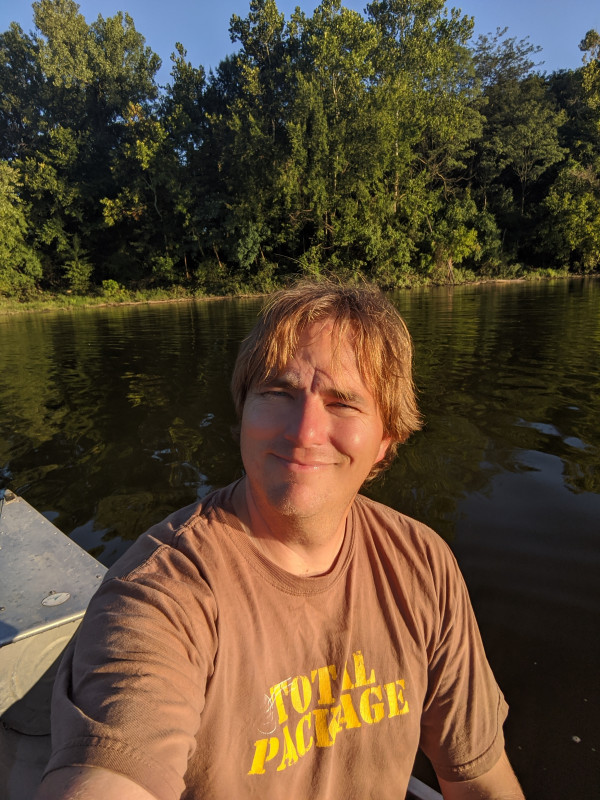 JoJo in the drivers seat hanging out with me. 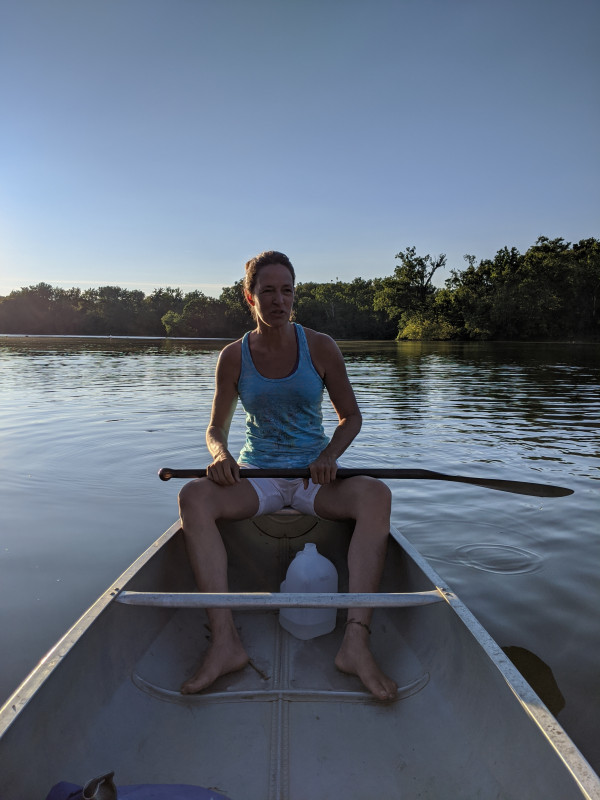 These three boys were having an amazing time. No traditional paddling was used for this group. I’m glad they were in an aluminum canoe for the amount of times they hit things! 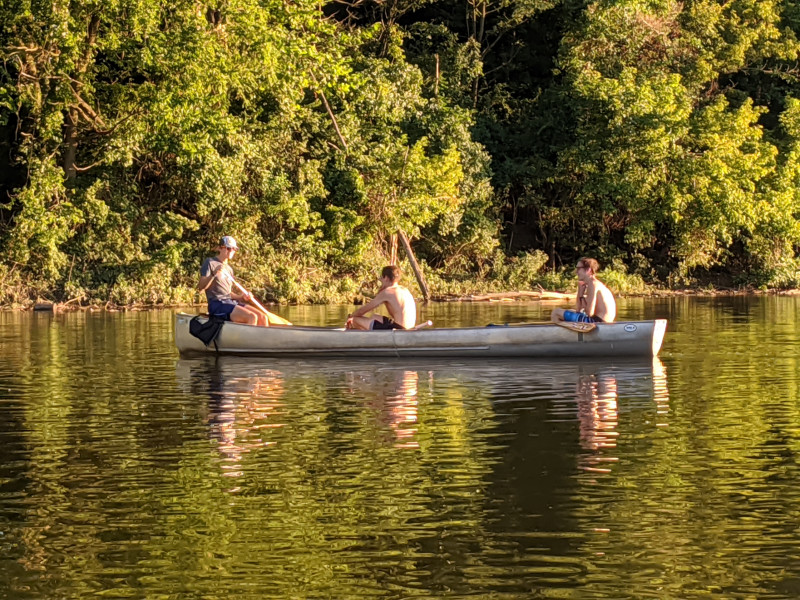 Simpson lake is fed by Grand Glaze Creek. You can paddle up the creek for about a mile before it becomes too shallow to continue paddling. All three of us went up the creek. The boys were last due to their lack of coordination and goofing around. At the end of the paddle-able section is an island. We all went around the island. But two of the three boats made a second lap out of view from the boys. Then we stalked them from behind. When Sonora passed them, they didn’t understand where she came from, just assuming she was in front of them a long ways. 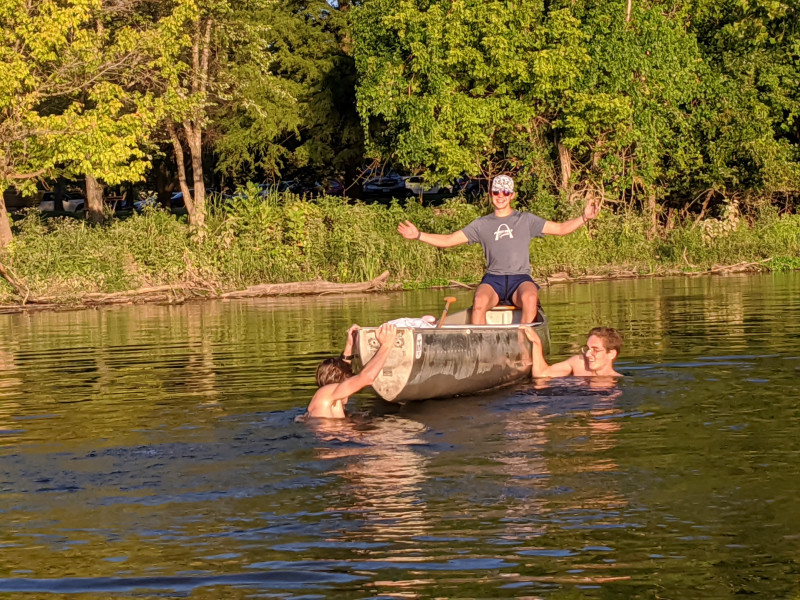 Memories like these are one of many reasons I keep a small fleet of boats and bring people along with me!