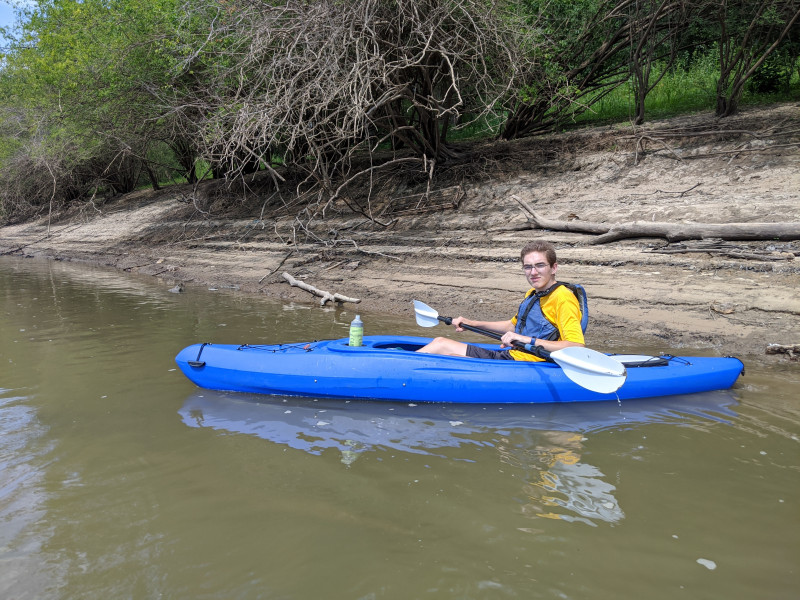 I decided that I wanted to do a Stream Team cleanup. I contacted Bernie to see if there was anything going on that we could participate in. Bernie does cleanups almost every weekend and he didn’t disappoint. He had a trip planned on the Lower Meramec River. Since the whole family was available, we brought out the Beast (a 19′ Grumman 4 person canoe) and a small kayak. Those two boats would haul our family of 4 plus lots of garbage down the river!

Corvin started off in the kayak.

Sonora, Danelle, and I were in the Beast. 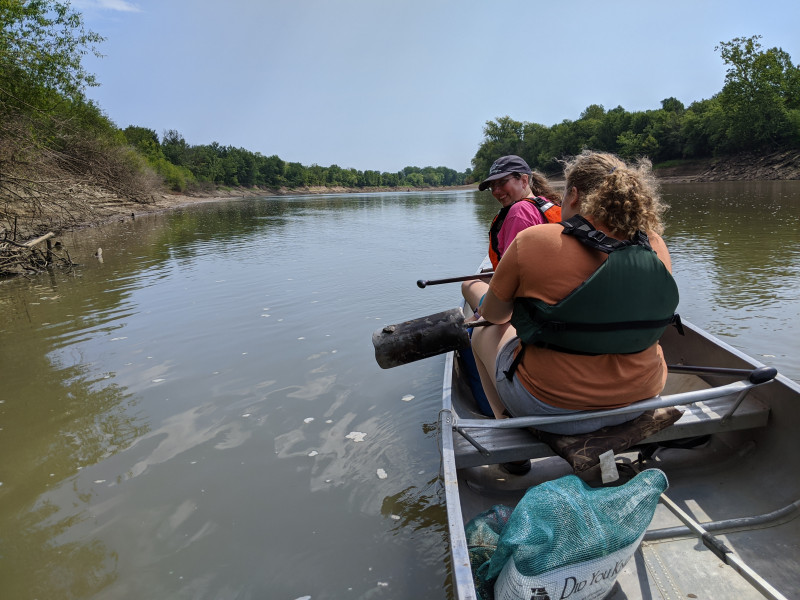 You can see the trash starting to build up in the canoe from this shot. 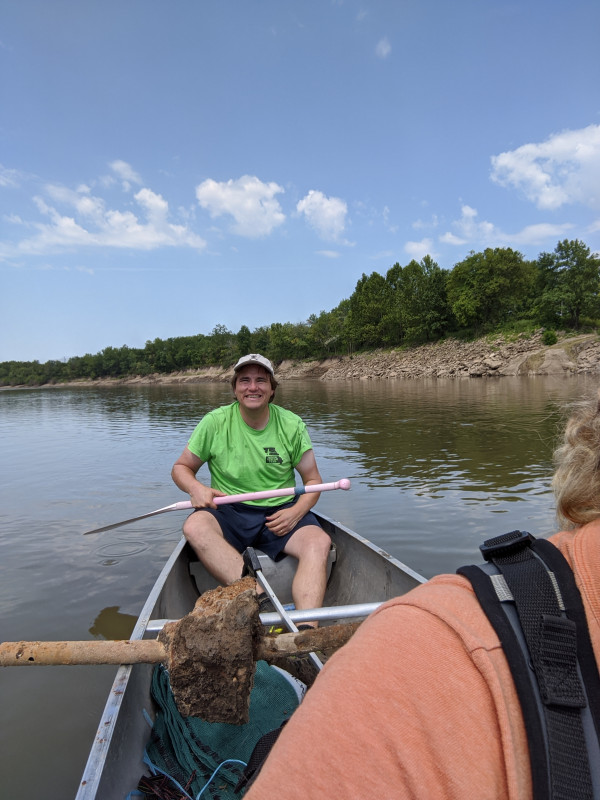 Some time after this photo was taken, I noticed that Corvin was hanging back quite a ways. Turns out that he had run 10 miles that morning and was getting quite dehydrated. Sonora switched boats with Corvin so he could rest in the boat with us while she paddled. I gave Corvin most of the rest of my water and Brian Waldrop gave him a Nuun tablet to help with getting electrolytes back in his system.

Corvin was getting better, but our family as a whole didn’t bring enough water. Eventually, we threw in the towel and told the group we were pushing ahead to get back as the kids were not doing well. Sonora wasn’t doing great either by this time. We had an anchor in the boat we borrowed for the event. I tied the anchor string to our boat and had Sonora put the anchor inside her boat. Then we proceeded (mostly Danelle and I) to paddle our boat and pull Sonora back to Flamm City Access.

We brought two cars to the event because we figured the kids would want to leave early. This ended up being to our advantage. Corvin, Sonora, and I pile into High 5 (our 2007 Camry Hybrid) and drove back to where we put the boats in to start this cleanup. After arriving, we stopped at McDonald’s to get lunch and drinks for the very thirsty kids. From McDonald’s, Corvin and Sonora went home and I went back to the ramp. I had a boat and wife to pick up.

When I got back, the rest of the crew had arrived and were starting to unpack the garbage we collected and pack up the boats. We had a great (socially distanced) conversation making the best of a great but hot day to clean up the river. We love doing these cleanups and always say we should do them more often.