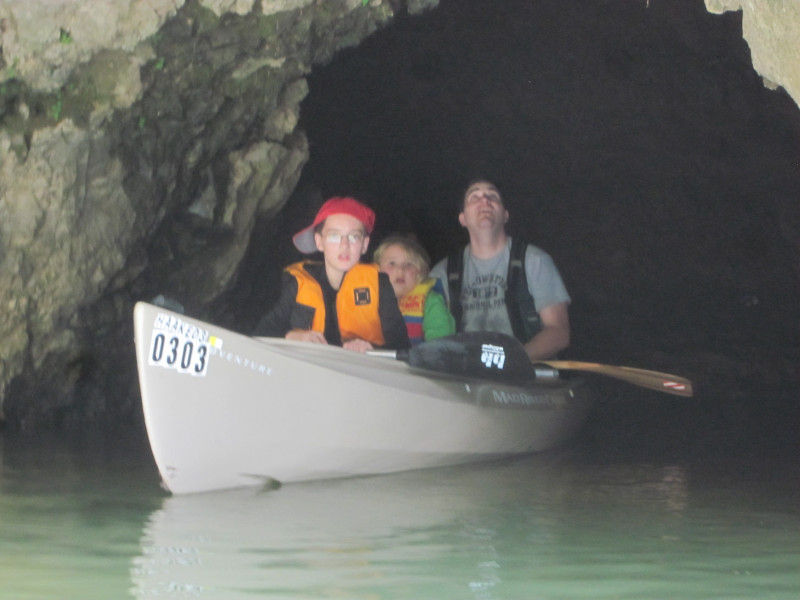 Camping is one of our favorite family activities. We like to go to Meramec State Park because its relatively close to home and on the river. This is our first camping trip of the year. We have added a roof rack to the van, and a Hobie Adventure kayak to the mix. This will allow the whole family to get out on the water at the same time! 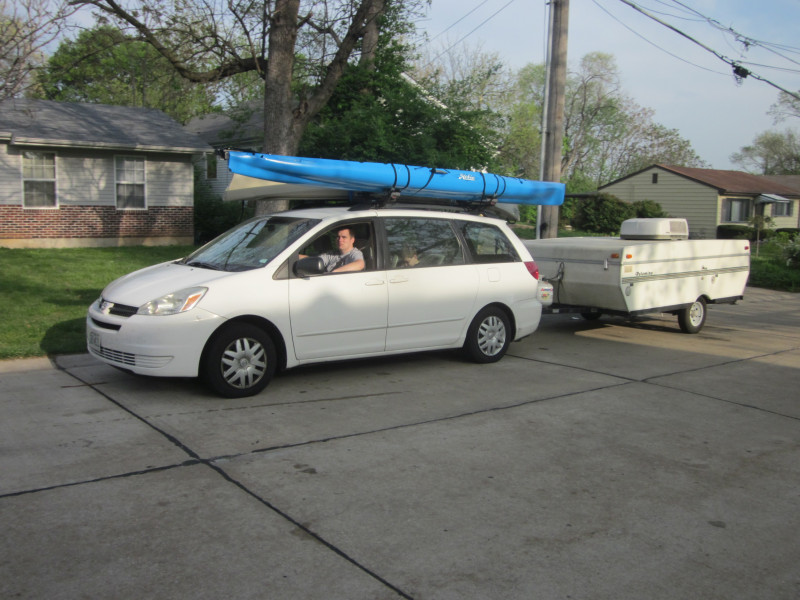 As always, I’m in a hurry to get on the river and relax. So we parked the camper, and set off to pay our fee for the campsite and put our boats on the water. We could leave the setting up of a camper for after we got back from the river. Our plan was to put in near the campsite and paddle upstream for about three miles and then float back down. This avoids us having to get a shuttle and saves a few bucks. 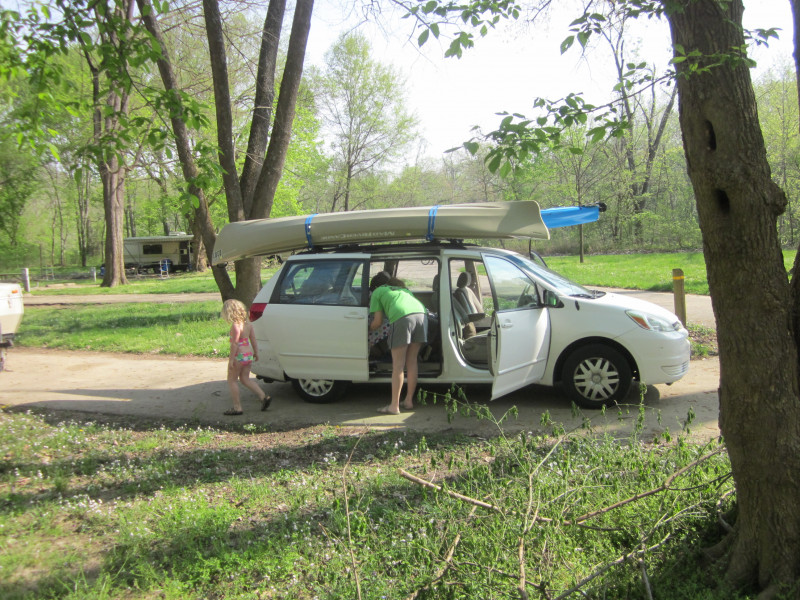 For boats, Danelle got the Hobie kayak to herself and I had the two kids in the boat I lovingly refer to as “the turd”. The boat is a 14 foot Mad River Adventure (notice that I have two boats with the Adventure model). It gets the name from its speed in the water and the brown color. I actually really like the boat, its extremely stable and holds three people in semi-comfort. So we headed upstream, but it wasn’t the pleasant dream that I wanted. I lost my temper too much with the kids yelling for them to sit still and keep their paddles out of the water instead of dragging them. Partly because we were going upstream and it was difficult, but also because I’m use to canoe racing and just expect people dedicated to paddling. 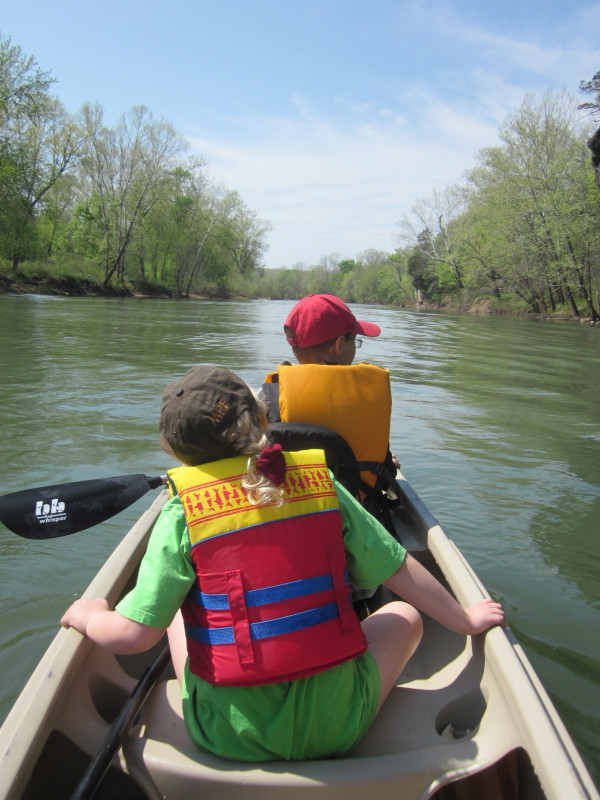 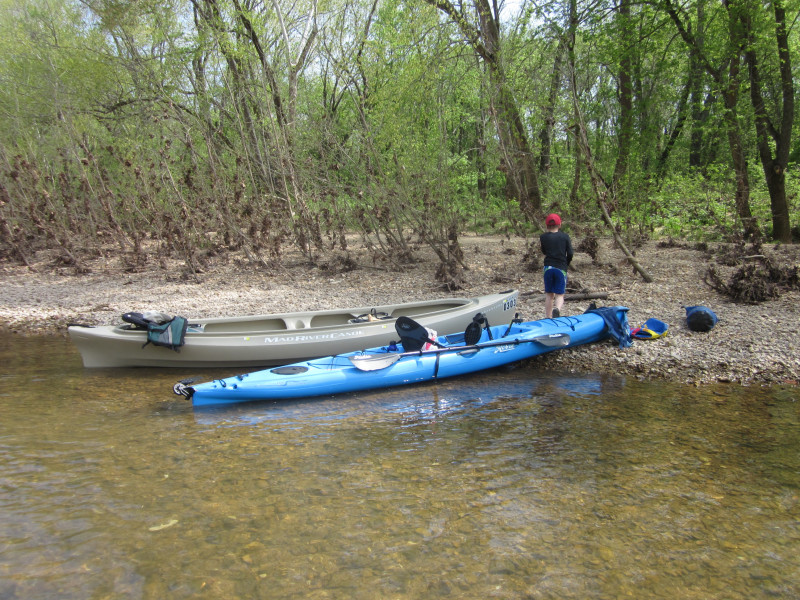 We stopped to paddle inside a cave and check it out. The kids got a huge kick out of it and it was a nice break from paddling. Eventually we switched places and Danelle got her turn in the cave and the photo to go with it. 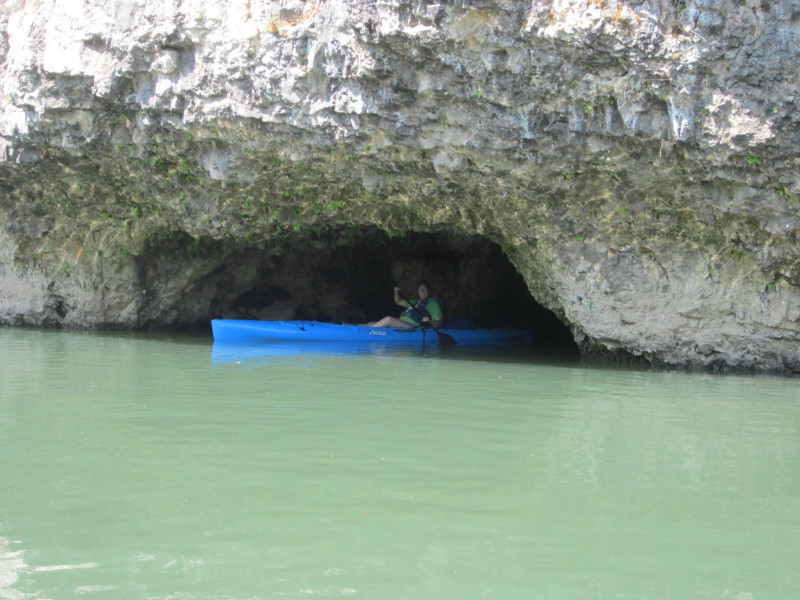 At the halfway point in our journey, we stopped on  a bank to have lunch. We relaxed and enjoyed the picnic we had prepared, except for the bag of goodies we left in the van. At the lunch stop, the kids (including me) each got a turn riding on the kayak. Heading back downstream after lunch, I was about half as upset as going upstream. The kids still like to squirm in the seats and nearly upset the canoe a few times. 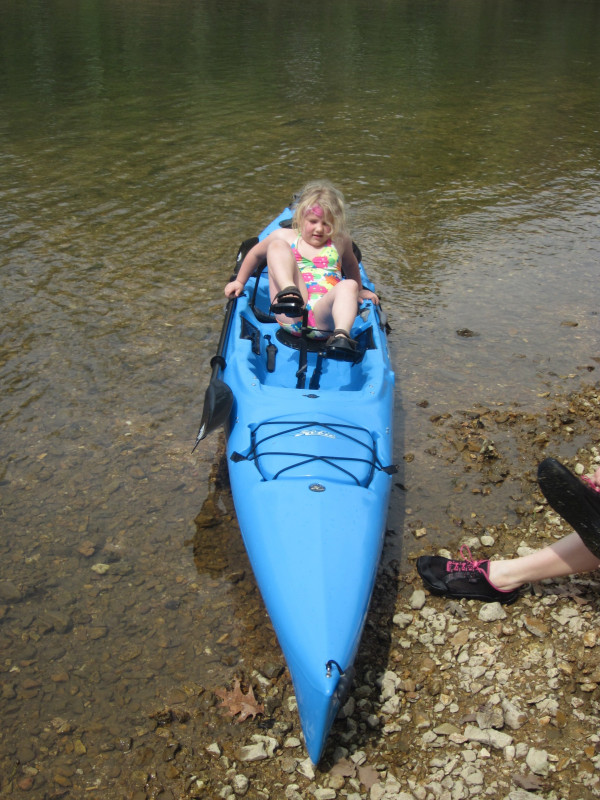 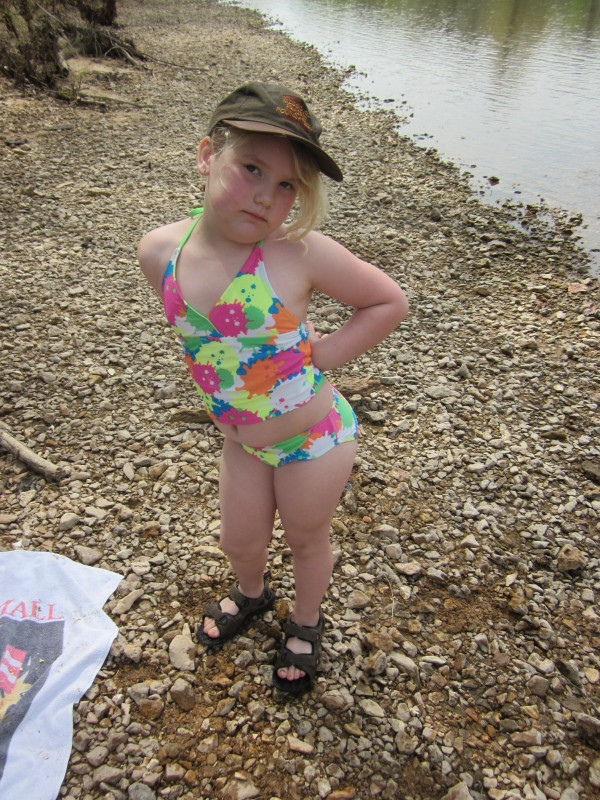 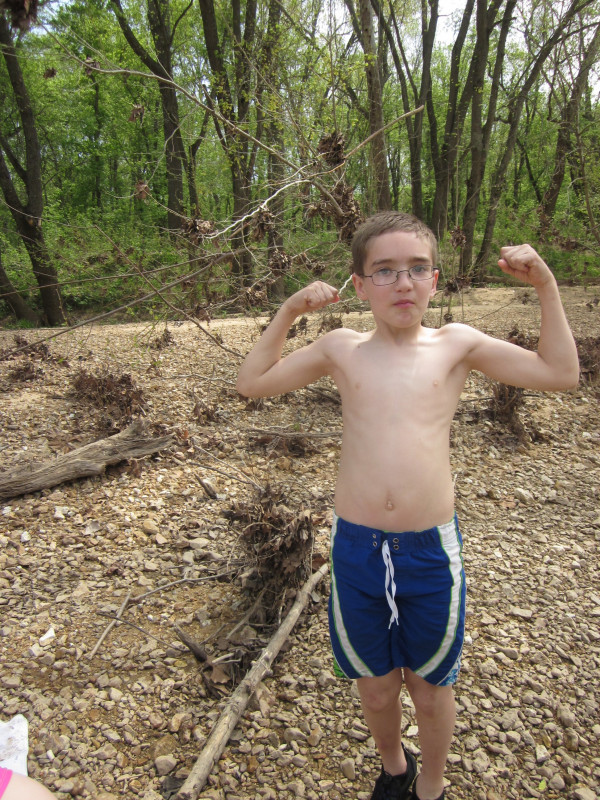 Goodness do I look upset in the picture above. Its something that I’ll have to deal with better next time! 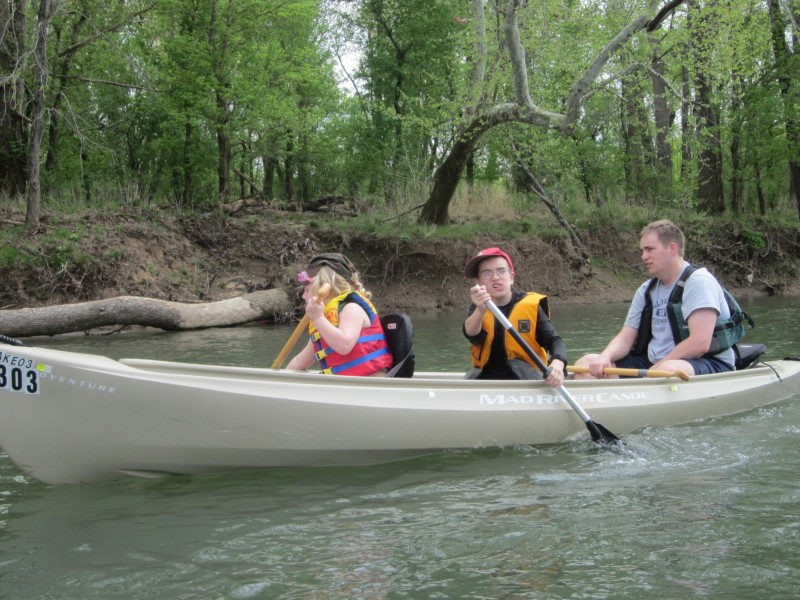 When we got back to the camper, this was where the real fun begins and probably why we don’t have more pictures. The camper would not raise up with the mechanism. I tried several times and gave up before I broke it worse. Danelle and I looked at each other without words for a few minutes. Then with one more effort, I cranked while Danelle lifted up with her hands and we managed to get the camper open. It didn’t open completely, but enough to sleep in it for the night. I was again upset over this, casting a shadow over the trip.

I took the kids for a hike and we saw some cool trees and a “cave” that they had to show mom. So we came back and the kids took mom out. Danelle came back from the hike limping with a bad mood. It seems that she had the wrong shoes on and hurt her toe bad. We were all ready for bed and called it a night fairly early. Then around 1 am, Corvin woke up sick and threw up a few times. At first light, we quickly packed up and retreated for another time.