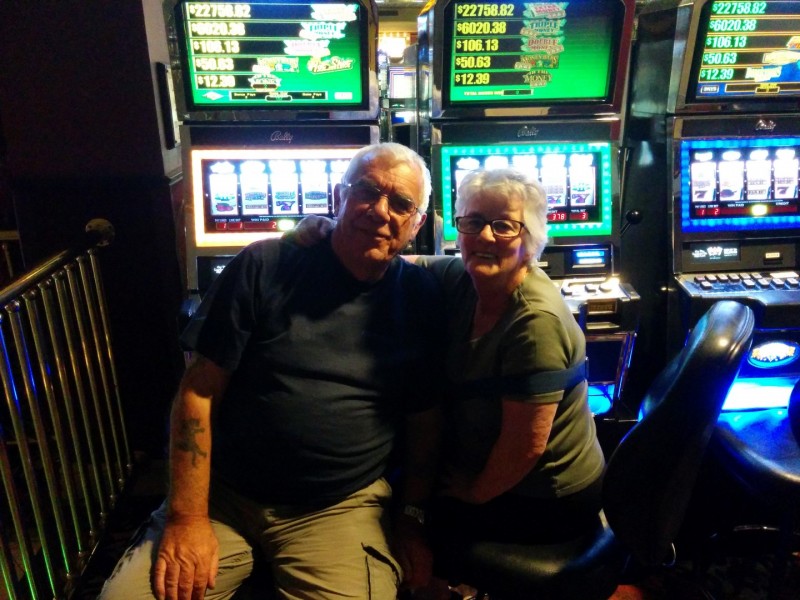 After my problems, the rest of the day was going to be smooth riding. I just knew it. In face, the perfect air and view on the San Juan mountains showed me they would be! 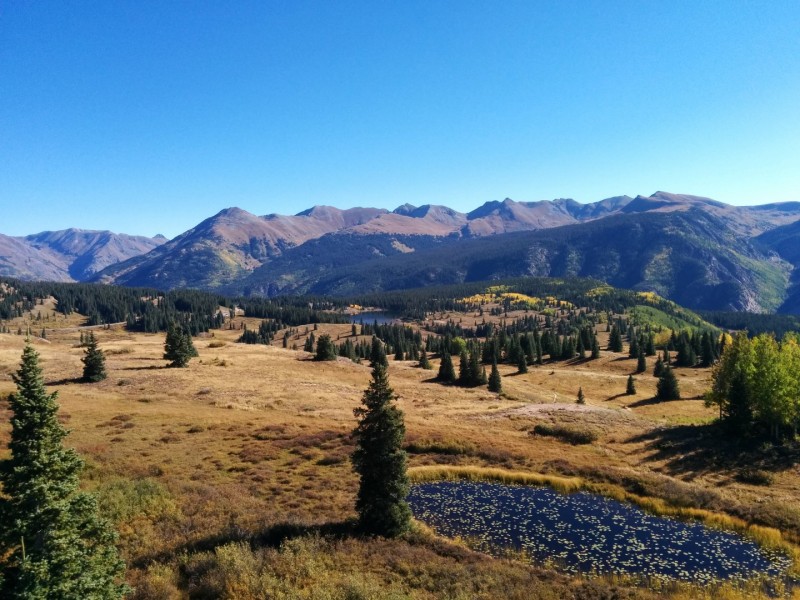 Okay, so maybe there was something up with the perfect air. I know a fire when I see one! 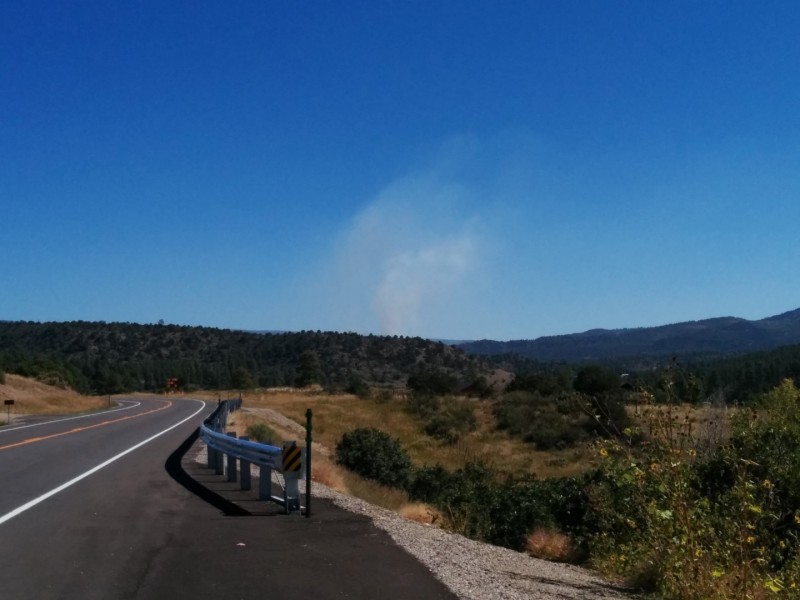 But a few miles down the road, I got an all clear. 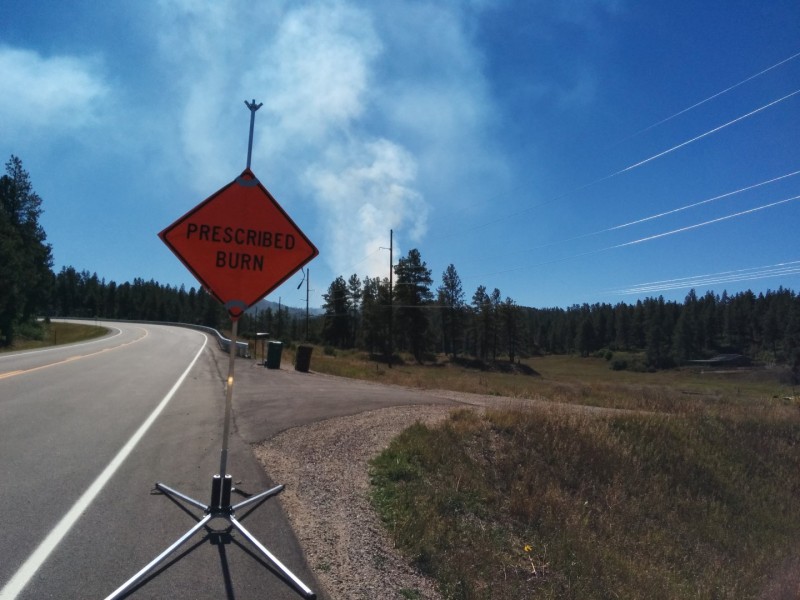 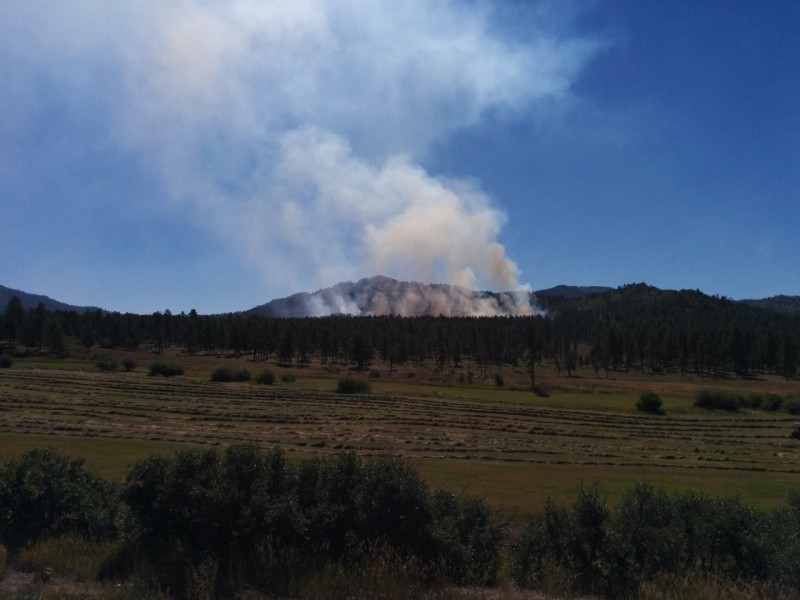 They were doing preventative burning of the forests to keep them healthy. I stopped to ensure Danelle could see the photos as she loves doing these with her job. And still being ahead of schedule, I made a stop an an alternate route to Chimney Rock National Monument. I was interested in driving as close as I could and then considering a hike. As it turns out, its an active archaeological sight. I paid extra money to ride up a steep gravel road just to get a little closer, but opted out of the 2 hour guided tour. I didn’t spend much time off the bike but I came to ride!

After this detour, I had one more alternate route before my real fun began for the day. I had a map and plan to ride across the Royal Gorge bridge. I didn’t get a 100% feeling if I could make it or not based on online information, but I didn’t look too hard. I figured that would be part of the adventure. I found my turn off for the south side and was promptly greeted with a sign saying that side was closed. So I decided that the Royal Gorge wasn’t in my plans for this trip as I had one more big thing to do this day.

My grandfather “Daddy” always spoke of a road; Phantom Canyon Drive. He had been to Colorado several times and it was his favorite. Danelle swears we drove it on our honeymoon, but that was 15 plus years ago and I’m only about 5% confident that we drove it. So I wanted to be 100% sure that I took Daddy’s favorite road.

I had the camera charged and a photo of the highway intersection so I would not miss it. At the town just before the road, I gassed up, getting food and drink in case it took longer than expected. Then I set off.

I made my turn onto Phantom Canyon Drive and knew it would be a few miles before I got the the really fun part. But something was up. There was a road closed ahead sign. Something about the road being washed out due to summer flooding. Of course being on a motorcycle, it was quite easy to get around the first sign to get closer and inspect. I saw a jeep coming from that direction and figured it safe. Plus I took up much less space on the road and could go around a lot! And so, I”m a bad man… 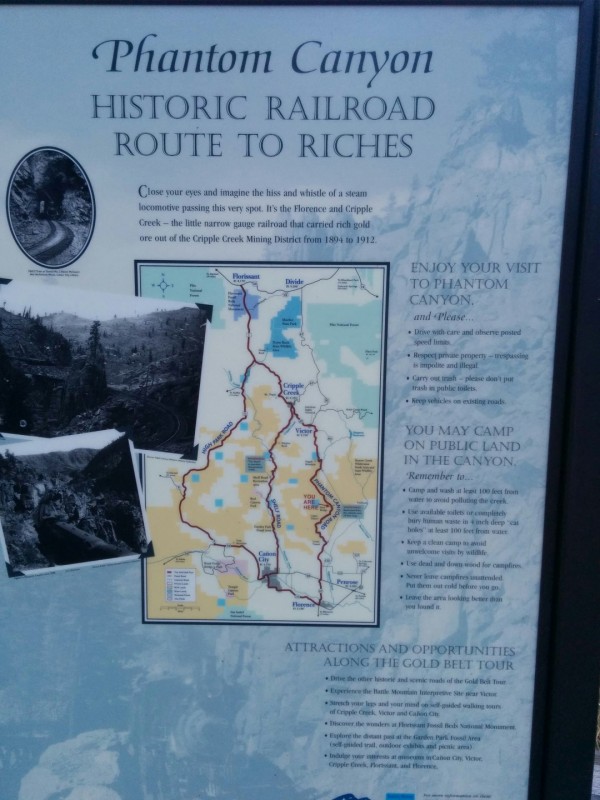 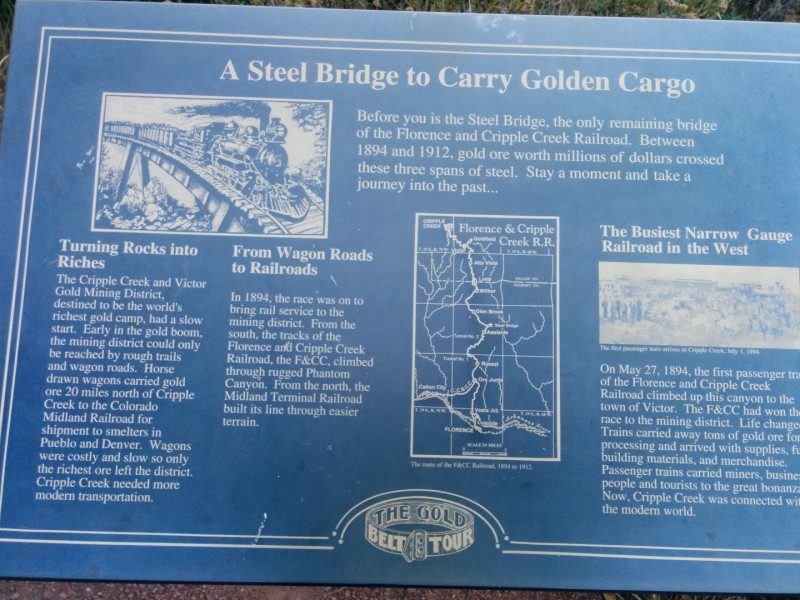 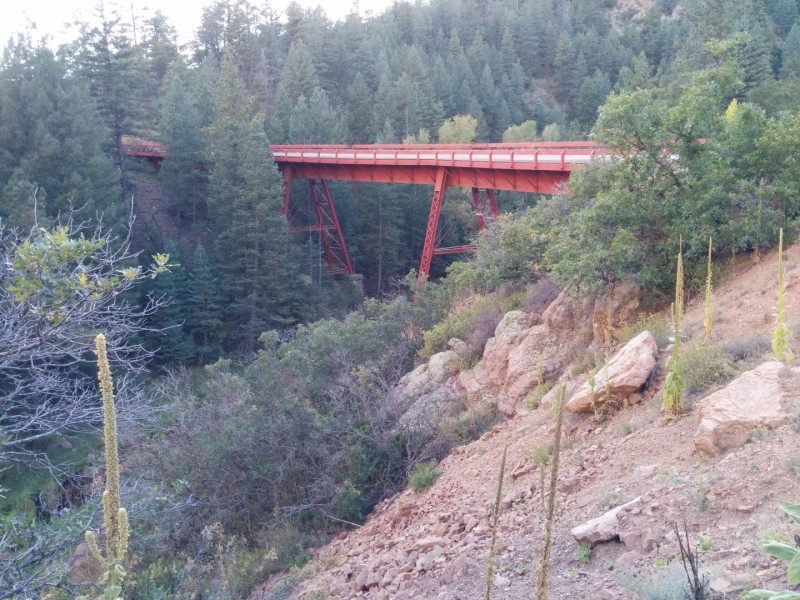 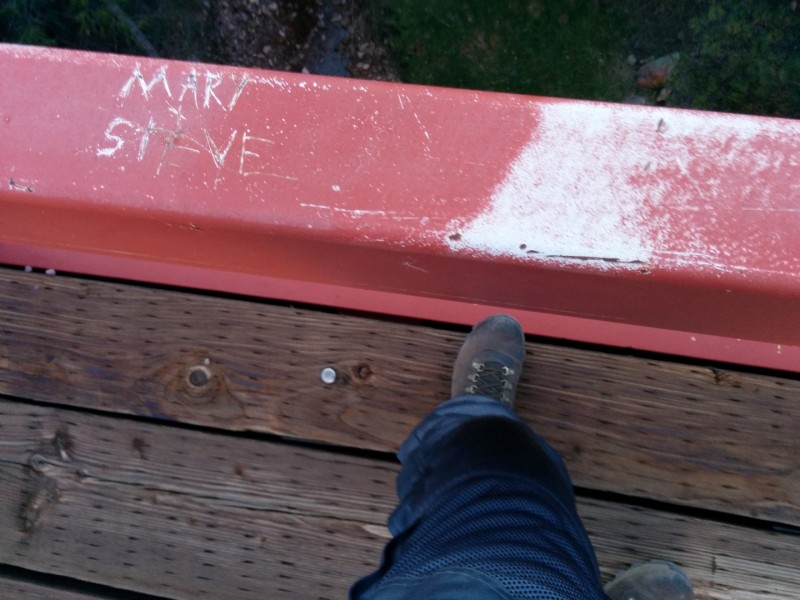 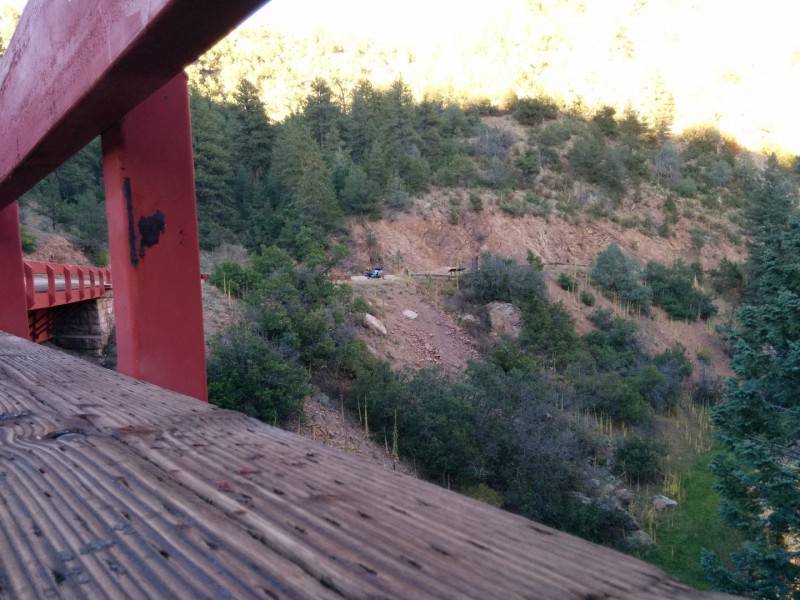 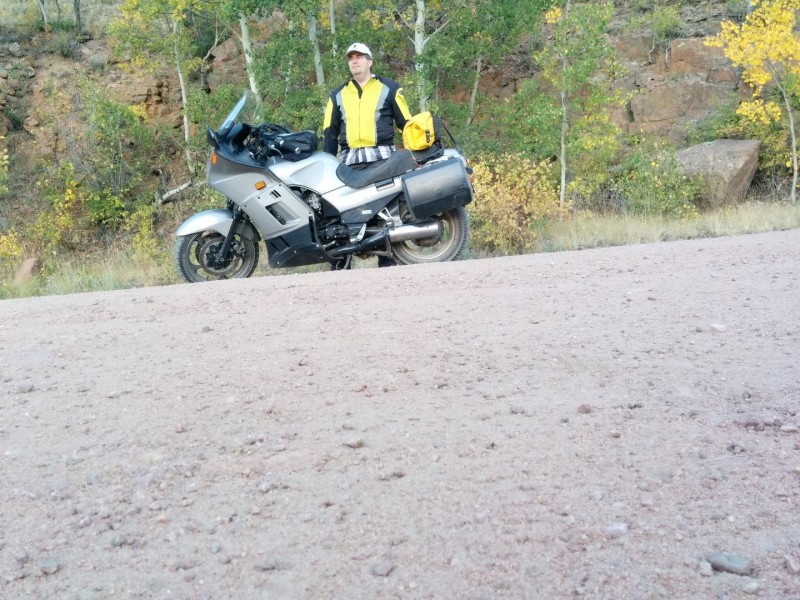 And the video of the ride for those of you that are dreaming of when you can go yourself!

At the end of the ride, I consulted a map, not sure where to go. My best guess was right (east). So I started riding and just didn’t see anything. I came upon a truck stopped and pulled up. They had binoculars out looking at an animal. I asked which way to Victor, CO. I got a strange look and they asked which way I had come from. I explained I ignored the signs and went through Phantom Canyon. That got a look but they said the town was the opposite direction. So I rode down the gravel road to a flat spot to turn around.

As I was performing my turn, a different truck came down the road and I wanted to be out of the way. I started to cut my turn short to the edge of the road and got my front tire stuck deep in sand. It took a few minutes of rocking the bike before I got it unstuck and then stuck again in my haste. When I finally pulled into the town of Victor, CO I was tired. It was a very cool looking mining town. 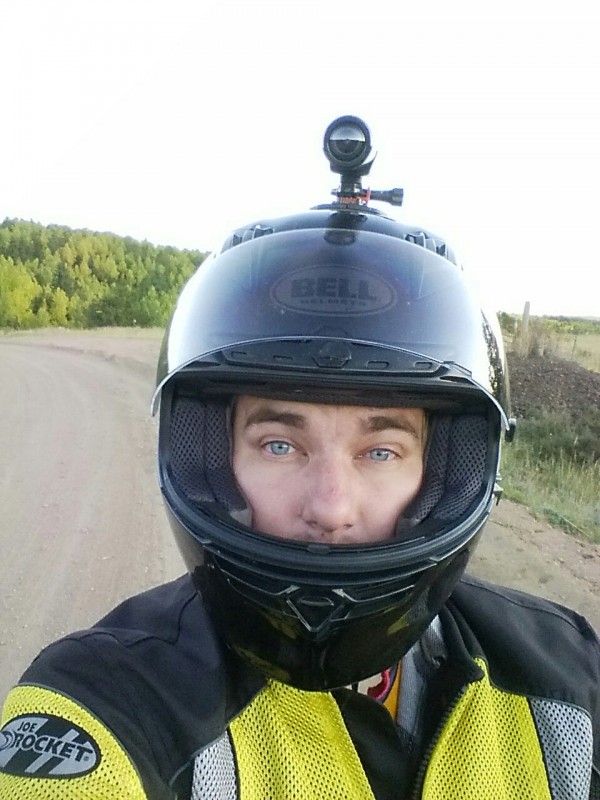 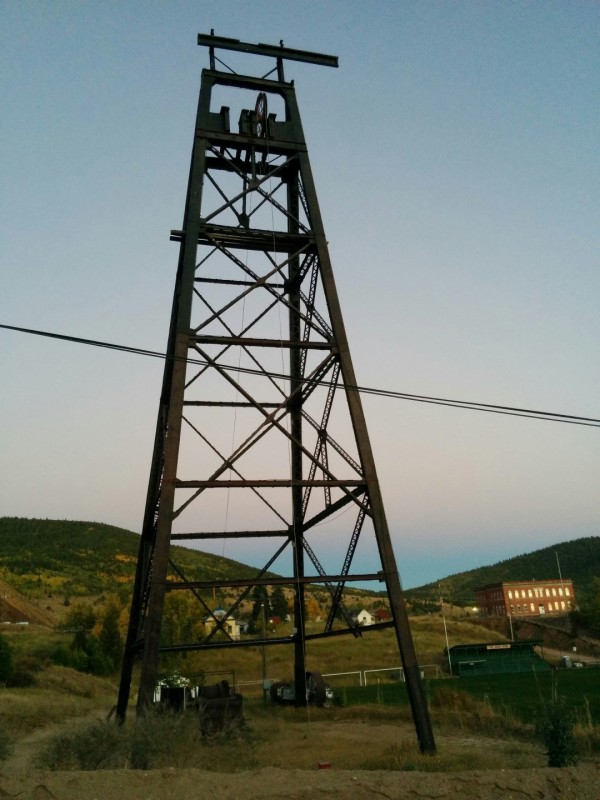 Daylight was gone and I just found the only hotel in town with a note on the door to call. I walked into the bar next door and asked if they knew about the hotel. They told me it was a bit pricey, but to try 5 miles down the road in Cripple Creek, CO. So I headed out for my first mountain driving in the dark and found a mini Vegas. 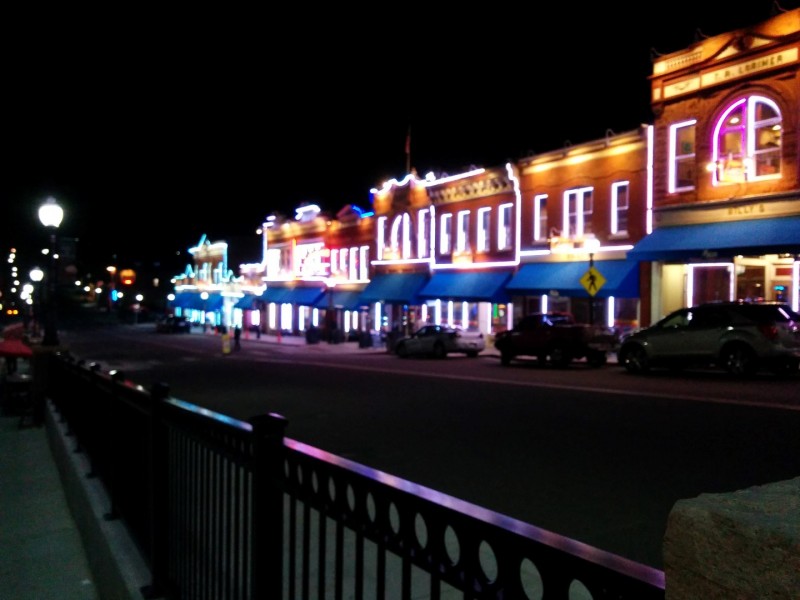 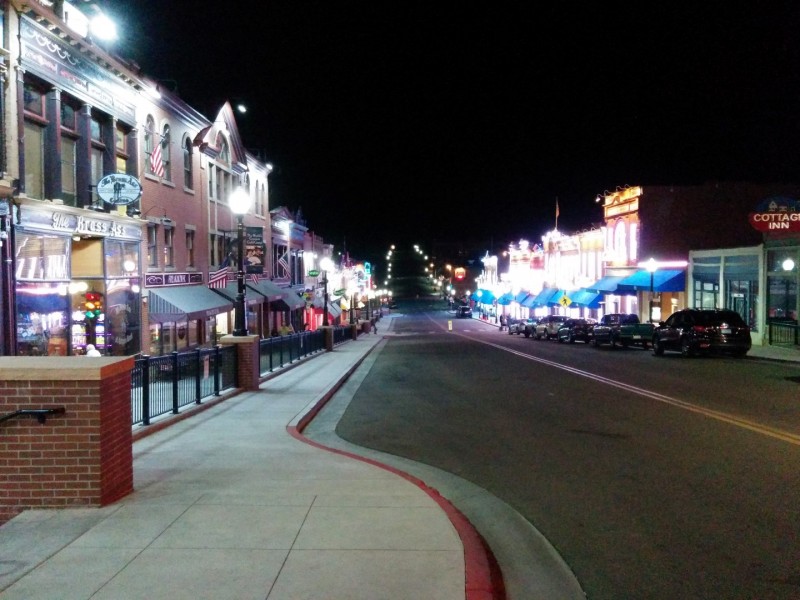 The room was cheap and came with food vouchers. Once my stuff was in the room and Danelle and I talked, I headed to the restaurant. There I had my first sit down meal of the whole trip. A steak with fries. While I waited for my food, I called Hiatt as he was with me for my last motorcycle trip to Arkansas 5 years earlier. I talked excitedly to him about the things I had done this day with him, excited to share with somebody who would understand. When my food came, it was perfect!

I walked the casino before going to bed for the night. On my way out, I was stopped by an older gentleman. He asked to be forgiven, but did he overhear me talking about Phantom Canyon Drive? I told him it was okay and explained all about my day. Mervyn Cooper is from the Isle of Wright in England on a multi-week holiday. He is driving over the western US with his wife and son. He wanted to take Phantom but saw it was closed. Mervyn talked about Shelf road and suggested that I should take that as it would be just as interesting.  I told him I would do research on the road. After a long talk, he agreed to me taking his photo with his wife and we parted ways.

I went up to my room for some quick research and much needed sleep!