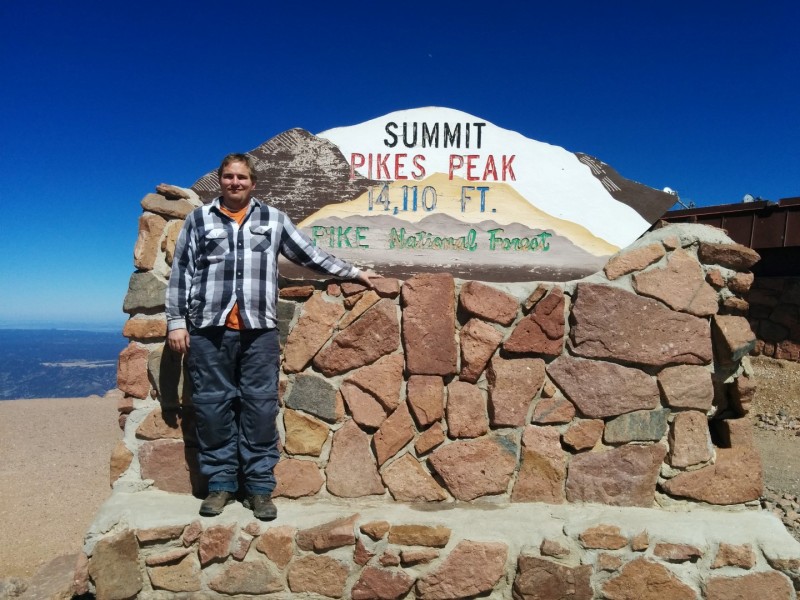 Today marked a turning point in my trip. My last major goal for this trip is to ride up Pikes Peak. Once that is accomplished, I just have to make it home to have a successful trip. I have three full days before I need to be home. It only takes one full day to get home, so I have a decision to make. But I’ve already made it. I will ride Pikes Peak and head to Wichita, KS to see my sister Holly and family. I’ve never seen her almost 1 year old baby girl. I could have some serious baby time before heading home!

I got toast and bacon for breakfast in the same place I got dinner last night. I talked with the waitress about Shelf Road. Everything online said it was a 4×4 road. She didn’t remember it being that bad last time she was on it and got me directions. I would ride out on Shelf Road and back the same way, ending up back in the same town. 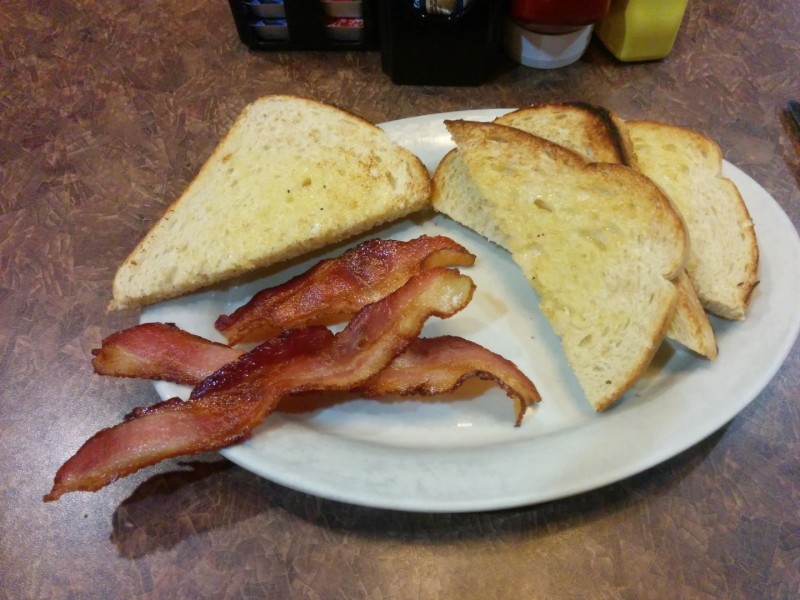 Being fed, I packed up and headed off to Shelf road. One of the coolest features of it besides the insane drop offs is the window rock! 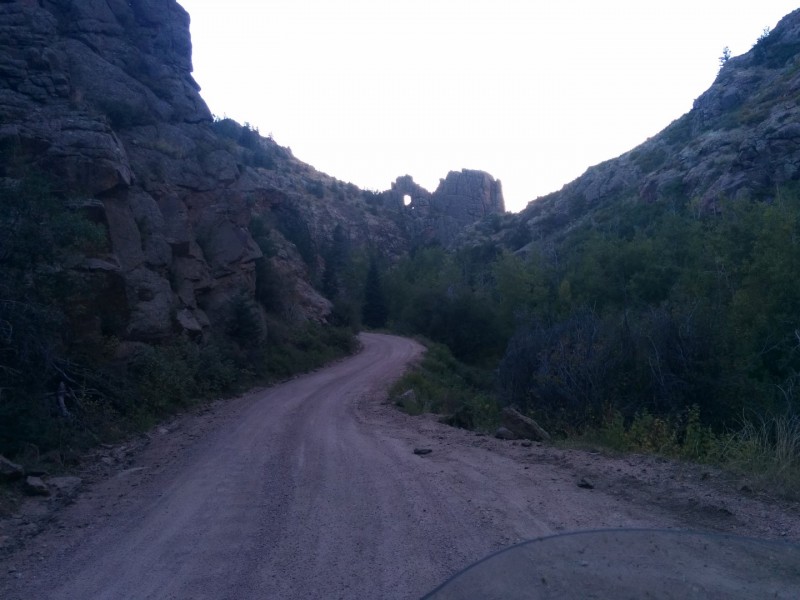 Shelf Road gets its name from being carved into the side of the mountain. Here are a few photos that prove its name! 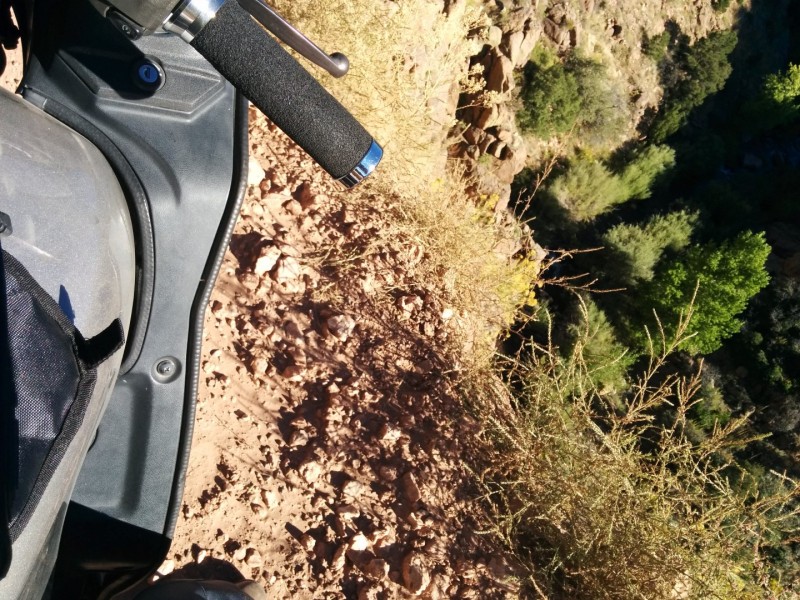 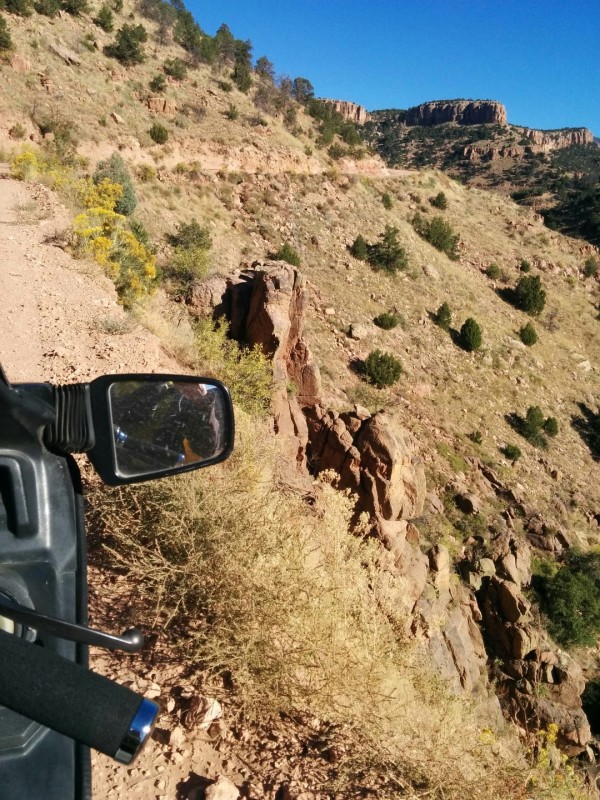 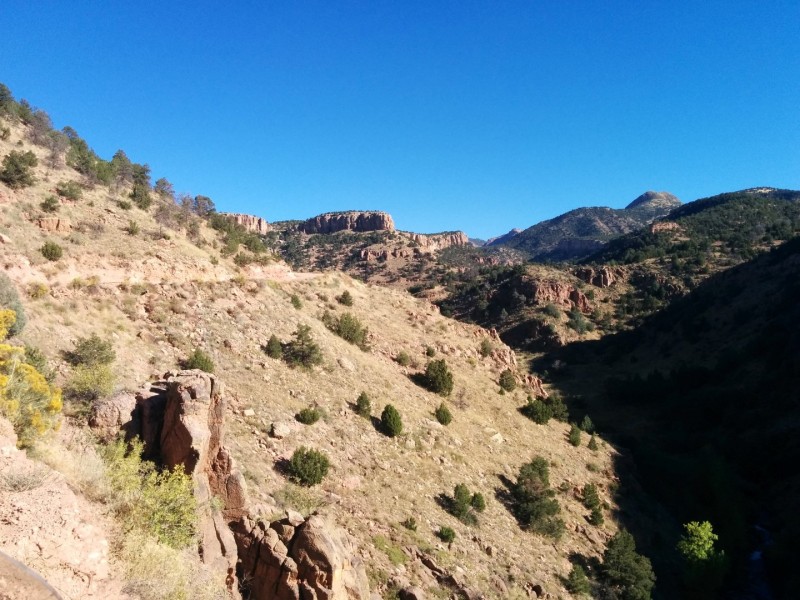 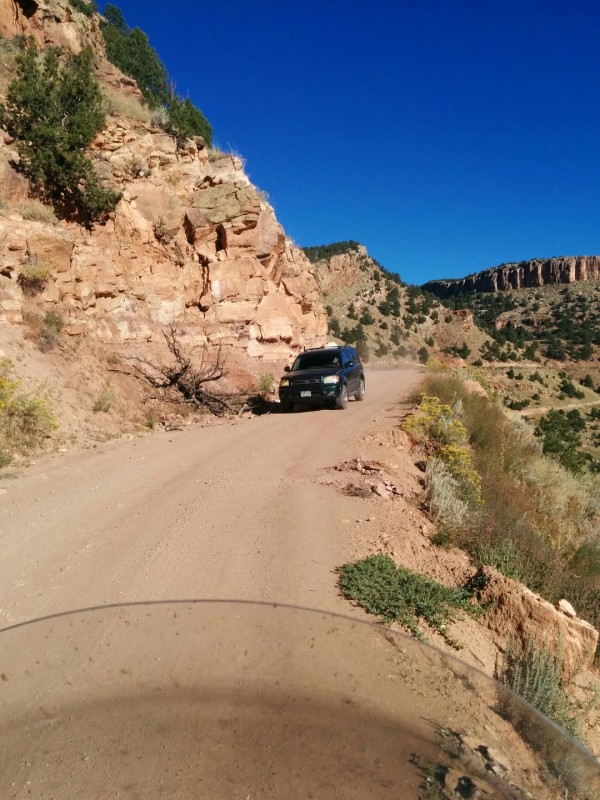 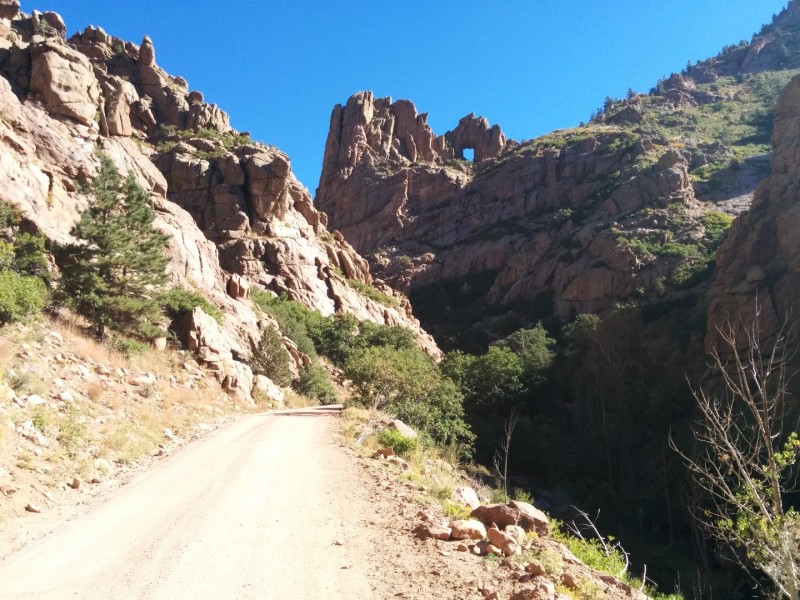 And if you want more info on Shelf Road, here is the sign. 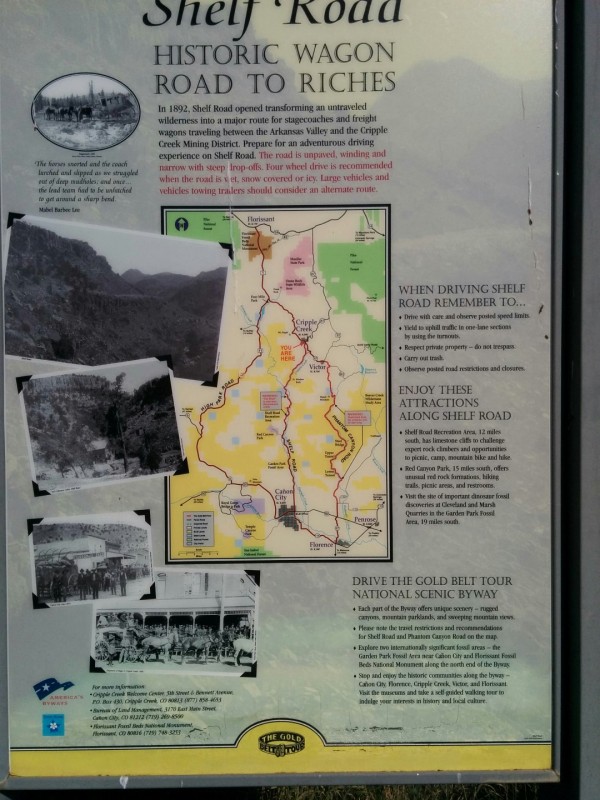 Back at Cripple Creek, I drove by an active mine. You can tell by the photo below. I stopped to see a display about how the process works, and its rather involved. But you’ll have to go there yourself or google it if you want to know more. 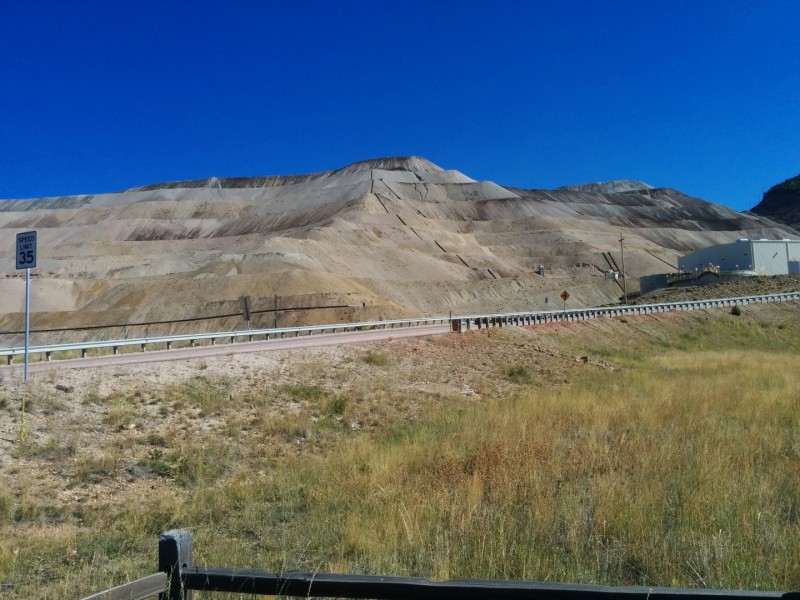 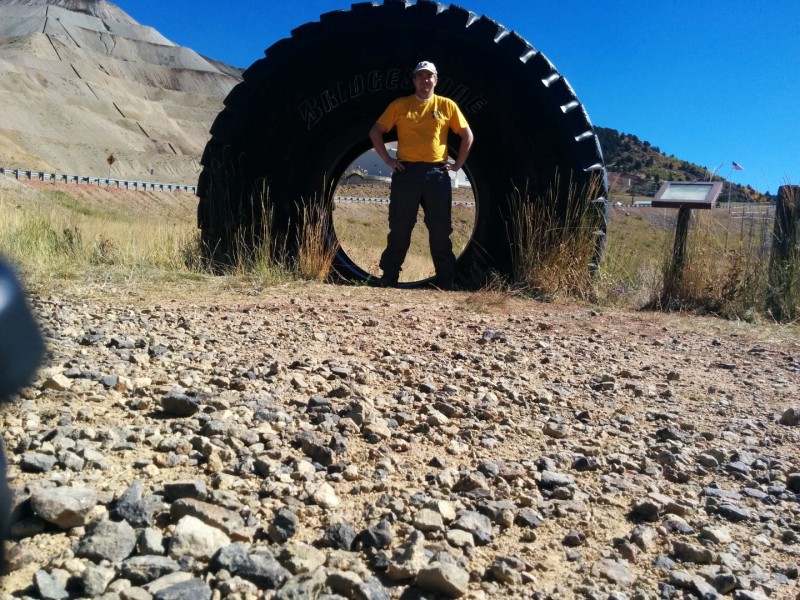 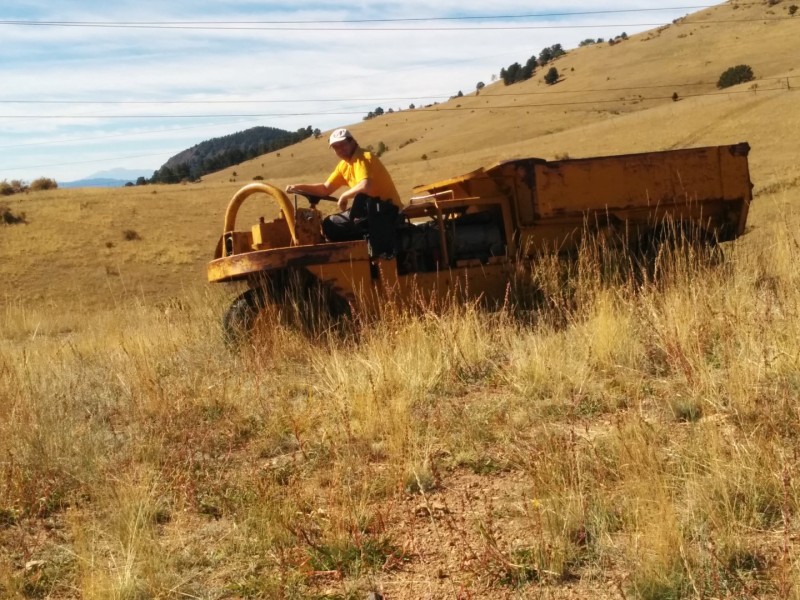 Here is the video from Shelf Road

And now I worked my way to Pikes Peak. The last scenic item to view on my trip. I don’t wont to drone on about how amazing it is, so I’ll let the photos speak for themselves. And the donuts on top at the gift show are yummy! 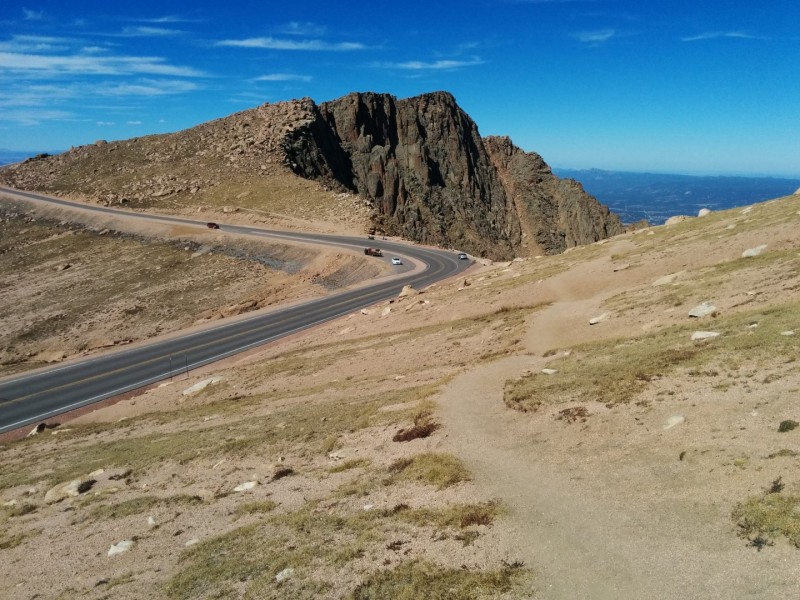 On the way back down the mountain, I stopped for a short hike and took a selfie and one of the drop off. 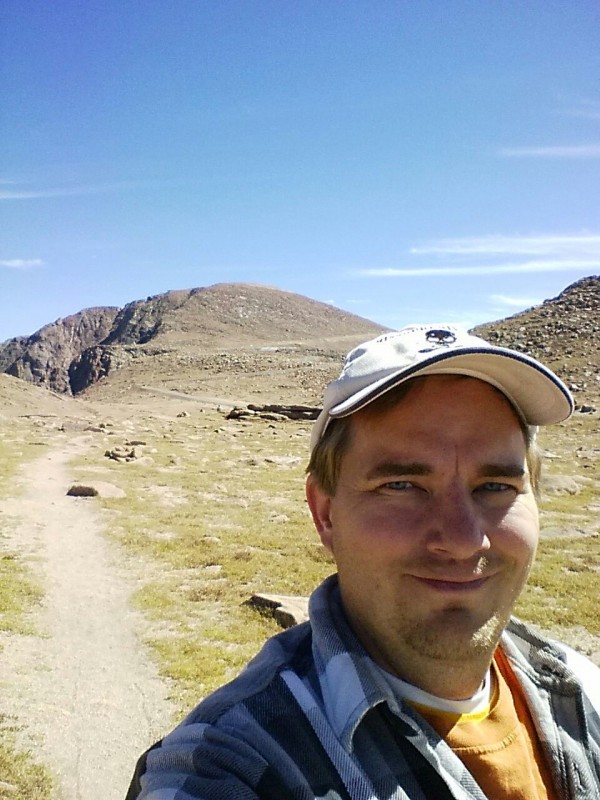 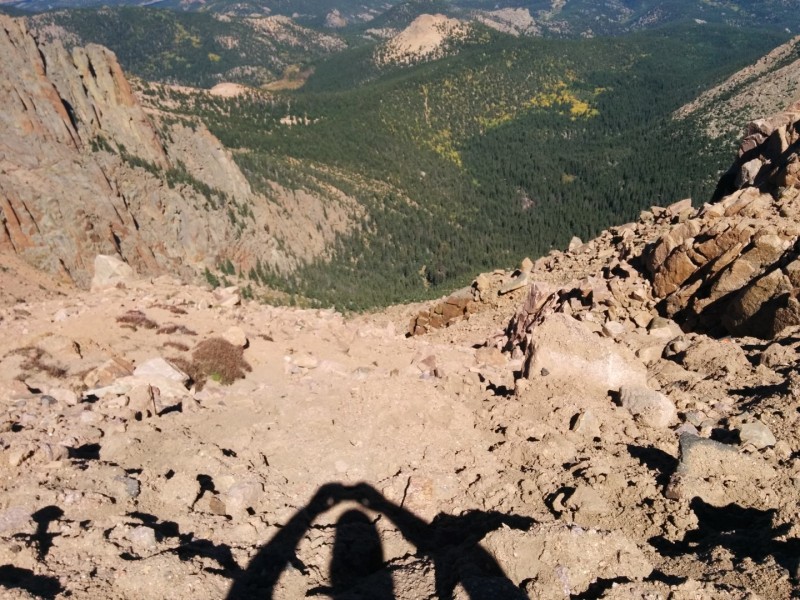 With the peak out of the way, I was free to head towards Holly’shouse. I was poised to make great time. I met the interstate and headed south to Pueblo, where I could catch US 50 most of the way home. Things were running great and traffic was moving over 80 mph. In Pueblo was the first time I saw significant sign for marijuana. Once on US-50, I started pacing a large diesel pickup truck that was going very fast and made the time fly.

I was starting to run low on fuel and decided to give the pickup a break from being followed. So I pulled off and fueled up. It was then that I noticed something horrible! 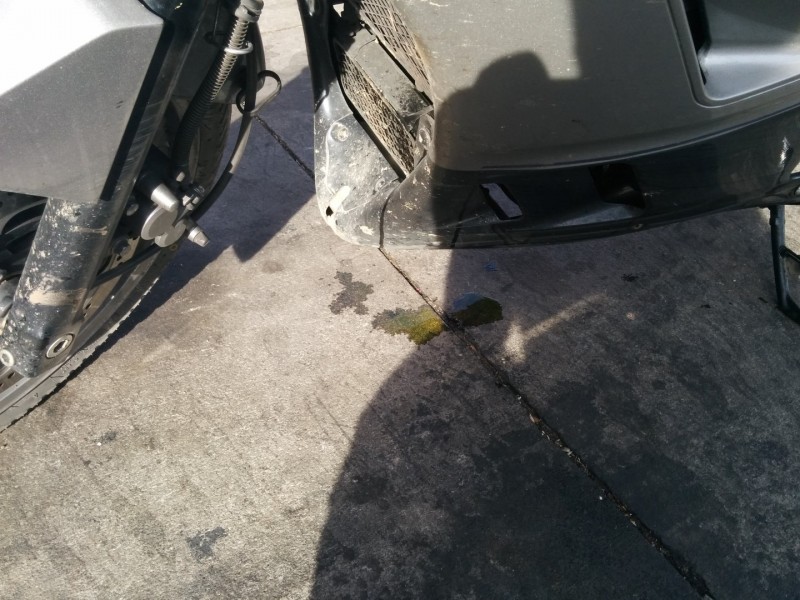 Antifreeze was dripping out of my bike at the gas pump. I went ahead and fueled up, then went inside. There I got normal stuff plus two large containers of water to refill the bike. I was hoping it was fixable or at least a small leak that could be dealt with. Back at the bike, I rolled it to a corner of the gas stating to see what I could do.

There in the parking lot, I saw a more significant leak. 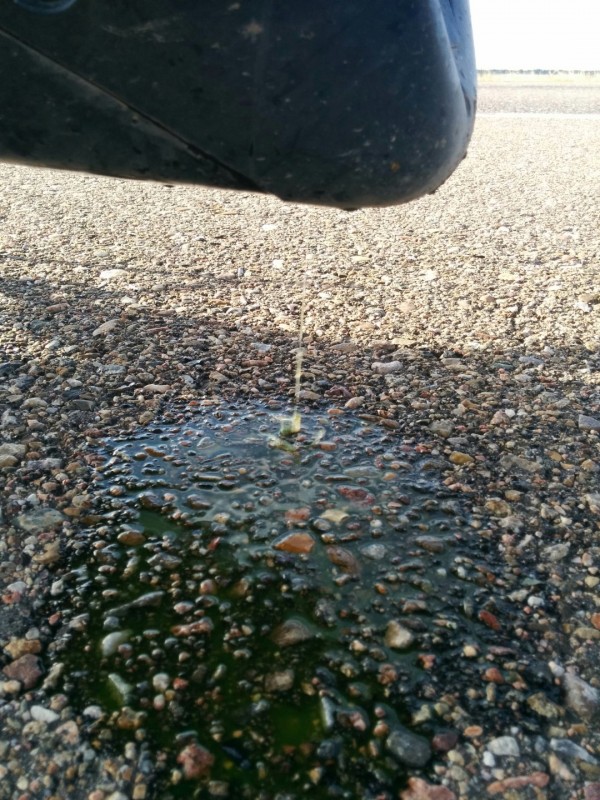 I had a single multi-tool with me and got it out. It saved me earlier from an electrical fault. I tried to take off the screws for the fairings on the bike, but the screws on it were all of a different age and quality. Meaning I would need about 4 different drivers to have any chance of getting them off.

I decided I could just add some water and ride very slow all the way home and have a good laugh later. My plans would stay the same. Back on the highway, I got in top gear with as little throttle as possible to prevent the engine from warming up. I figured the faster speed would provide wind cooling.

It didn’t take long for the temperature gauge to tell me something bad would happen shortly. I pulled off to the shoulder and decided to re-think my plan. My cell phone had no reception, but there was sporadic traffic on the road so I wasn’t totally lost, except I didn’t know where I was. I decided I could let it cool down, add more water and limp to the next town. So I added water and got back on. I got moving in third gear and would run the bike quickly up to 70mph and turn off the engine coasting down to 30 mph before starting it and speeding back up.

I did this act about 30 times to go 10 more miles to the next town, Las Animas Colorado. Once I got into town, I pulled into the first gas station. There, I parked the bike, knowing my trip was over. I walked away with tears in my eyes to try and compose myself. As I was almost under control, a large bald man with tattoos all over his head, face, and arms called over to me “Your’re bike is leaking”. I wasn’t worried he would hurt me, but I didn’t want confrontation. I explained that a radiator lead was going on and I just needed a U-Haul. He stopped and looked at his fingers counting. Then gleefully stated that there was four blocks down on the right and that he would pray for me. Not the interaction I was expecting.

I got to the U-Haul 30 minutes after they had closed. I found the owner’s cell number and called hoping small town business would happen. After about 15 minutes, I gave up on the return call and called Danelle to tell her what was going on. She was sympathetic, and had already started looking for a solution. She found the only ad on Craigslist for a cash truck that could possibly bring me home. I called the guy and left a message. I decided I needed a hotel for the night and rode the bike over to one of 2 in the town.

The owner of the Santa Fe Inn was nice and apologized for not having more breakfast options, having the cheapest room of the whole trip and breakfast, a win! I did get a call back from the guy with the truck and he agreed to meet me at the motel. I did a test drive of the truck and it seemed that it just might get me home to St. Louis. The truck was filthy inside and out, but it was transportation. I told the guy as long as he helped me load the motorcycle, I wold buy it. He agreed. So I said I would call the following day once I had money to pay for the truck.

Ohh and the bike continued to leak in the motel court. 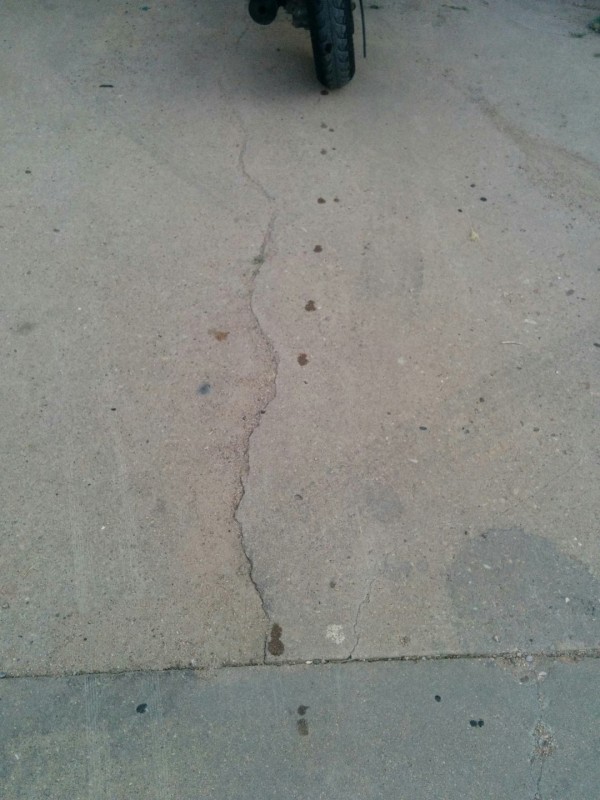 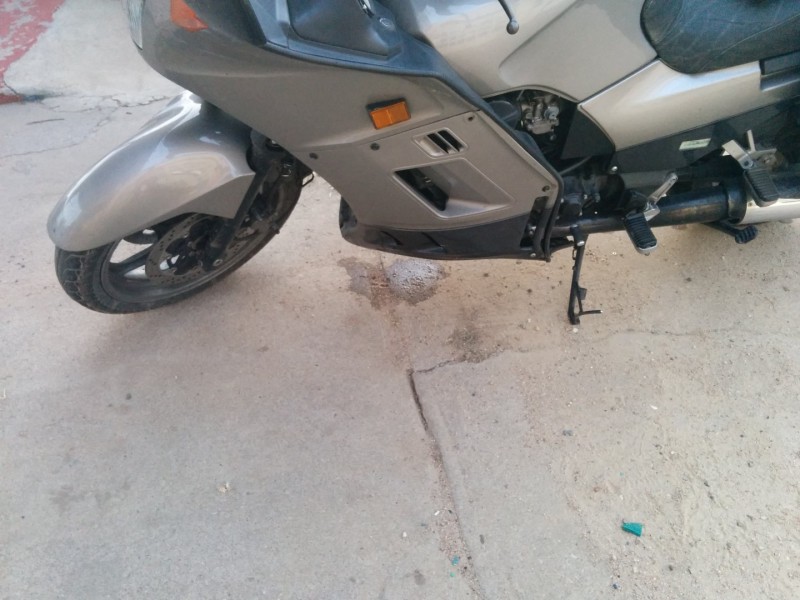 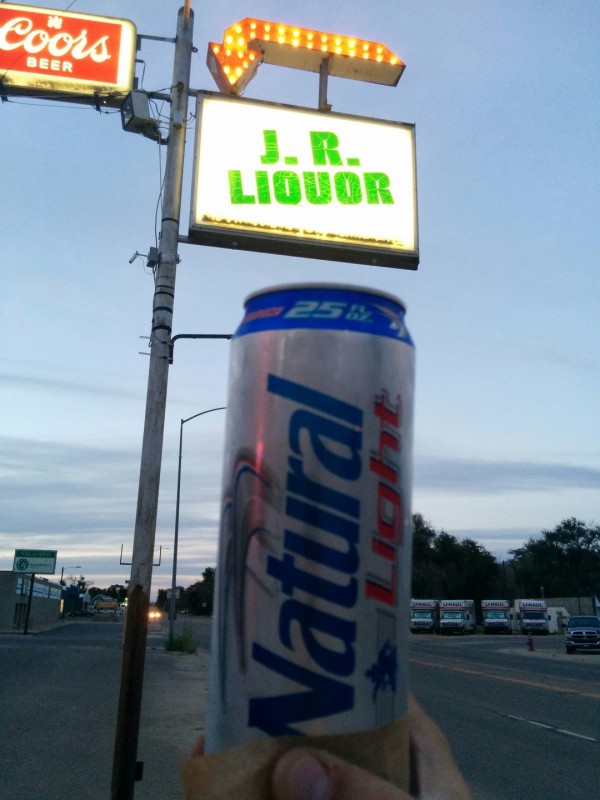