I have to say that being married to Danelle is one of the best things that ever happened to me. Her companionship and knowledge has enriched my life. Because of this, I’m extremely excited to be part of Brian and Kelly’s first anniversary. The plan was to go out to eat at a local pizza restaurant [you’ll never hear me complain about pizza]. When we got there, there was a mix up with the reservation and there was not room for us. It was too cold to eat outside, so we had to find alternate plans.

Luckily, there were alternate restaurants nearby that also had good pizza. We scrunched in around a table by the door and prepared for a great meal. After our drink and food order, we had an interesting activity. At their wedding, they had a bucket to put marriage suggestions on. They held on to the bucket and opened and read the suggestions for the first time at this anniversary.

There were several serious suggestions and several crazy ones, but I’m not saying who put them in there….. This meal was a great time to celebrate a happy marriage. Even better was that we had pizza and Brian paid 🙂 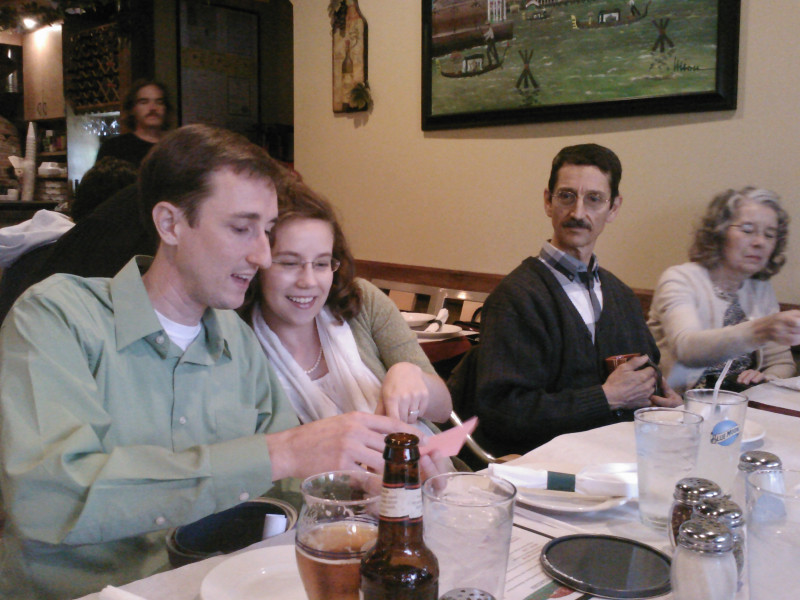 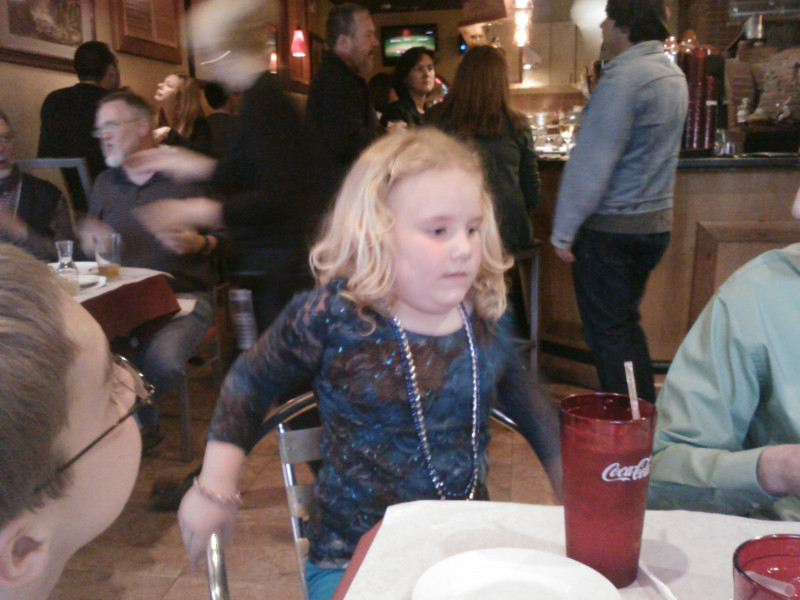 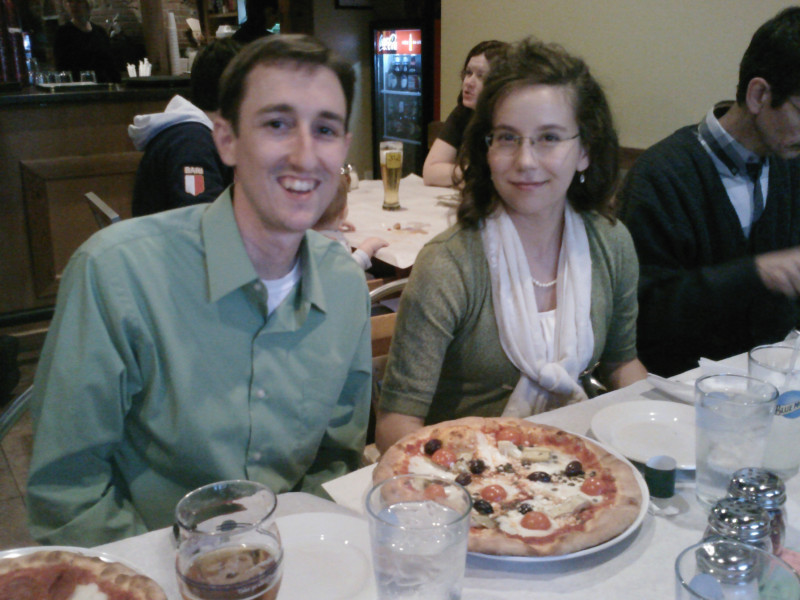