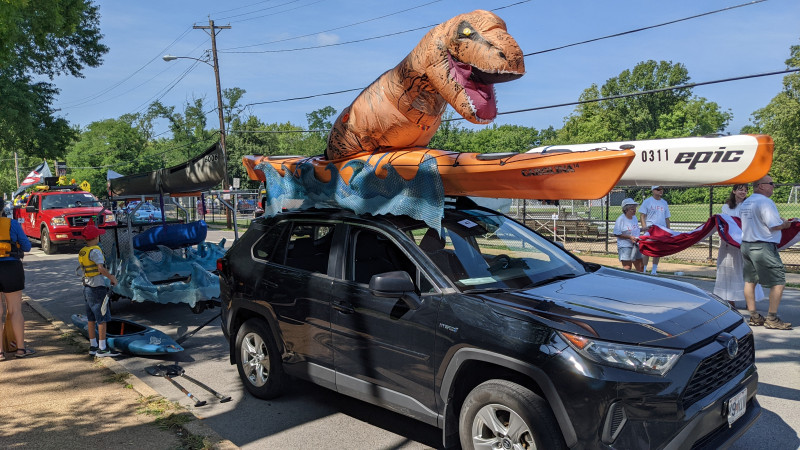 This July 4th, the Haake family returned to the Webster Groves Community Days parade to support another cause. In 2010, we had a rain barrel float with the River des Peres Watershed Coalition. In 2019, we joined the WG Sustainability Commission, promoting green living in our community – and showing off the unicycles. This year, we walked in the parade to raise awareness of paddling opportunities and water safety with the Mississippi River Water Trail Association (MRWTA). I joined the board of MRWTA at the beginning of the year and thought this would be a fun way to get the word out about the group. 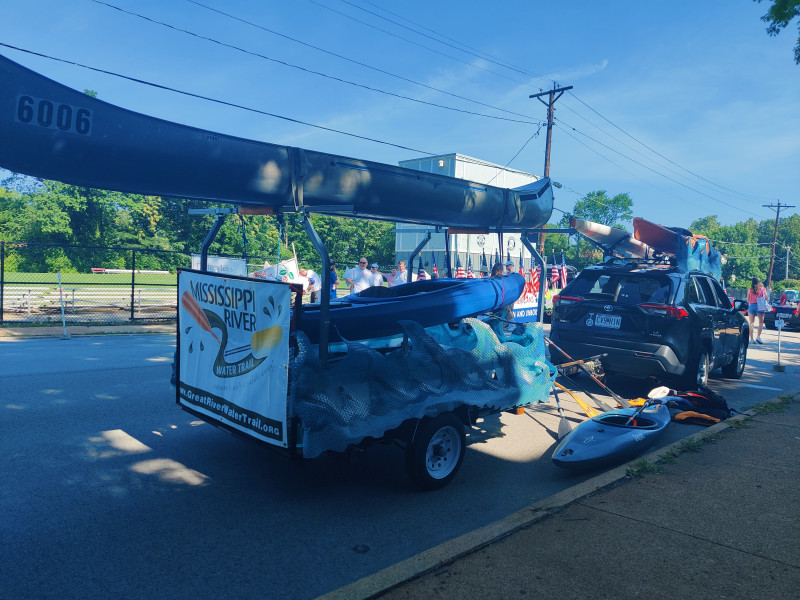 We loaded up our 2 person Grumman canoe and three kayaks on the car and trailer, taped on the blue waves we borrowed from JoJo, added a MRWTA banner to look official, and headed to the staging area at the high school. Just to make sure we stood out, we put the T-Rex costume in one of the kayaks, because everyone knows there are T-Rexes on the Mississippi River. Sadly, the fan on the T-Rex got blocked about half way along the route and wouldn’t stay inflated anymore.

In addition to the boats on the cars and trailers, Corvin’s friend Jackson ‘paddled’ a kayak down the parade route. He seemed to enjoy having the kids give his paddle a high five, and I think it may have been the highlight of the parade for the kids. Many parents expressed their gratitude for our wholesome, family-friendly float. I think it may have had something to do with us being right behind the pro-life float, and then behind the pro-choice walkers who inserted themselves into the parade… 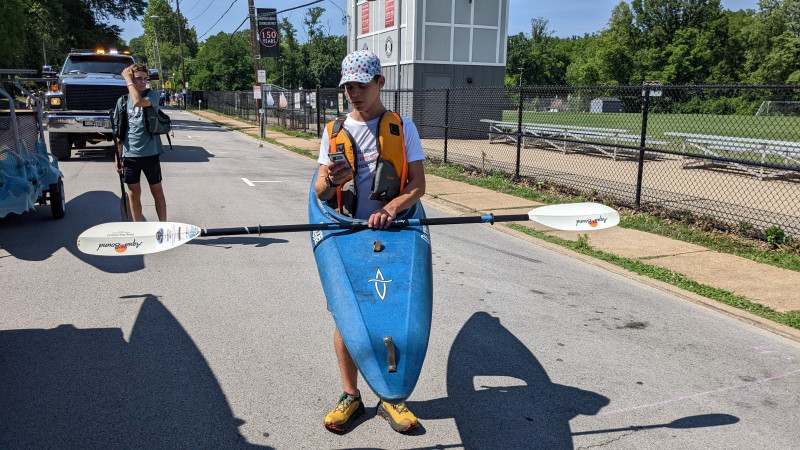 In keeping with the theme, our wheel walkers (mostly XC runners) wore PFDs (safety first!!), blew ear-piercing safety whistles, and carried paddles along the route. My ears were ringing for the next day or two after blowing the whistle for most of the 3 mile walk. We also handed out candy and safety whistles, which surely made us popular with the parents along the way! We must have done something right, because we won the “Best Visiting Entry” award. **Woo hoo!**

We’ll have to come up with something good for next year!