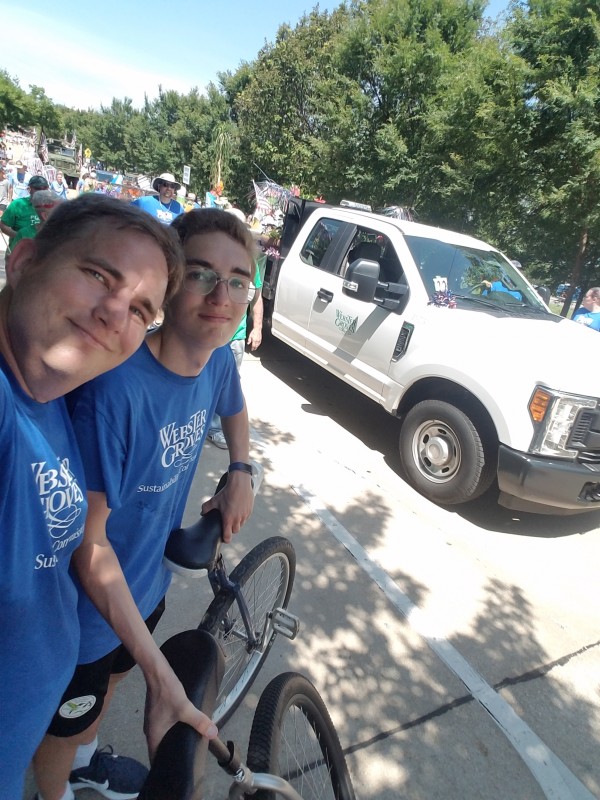 Danelle is on the Webster Groves Sustainability Commission. They had a shared parade float and were walking with a small float. Danelle asked if the family could come along and they said yes. I’m not one to pass up a parade and an excuse to ride a unicycle in it. Corvin and I both got the unicycles out. Just to make sure I was up to it, I scouted the parade on the first. Lots of chairs were already out claiming space! 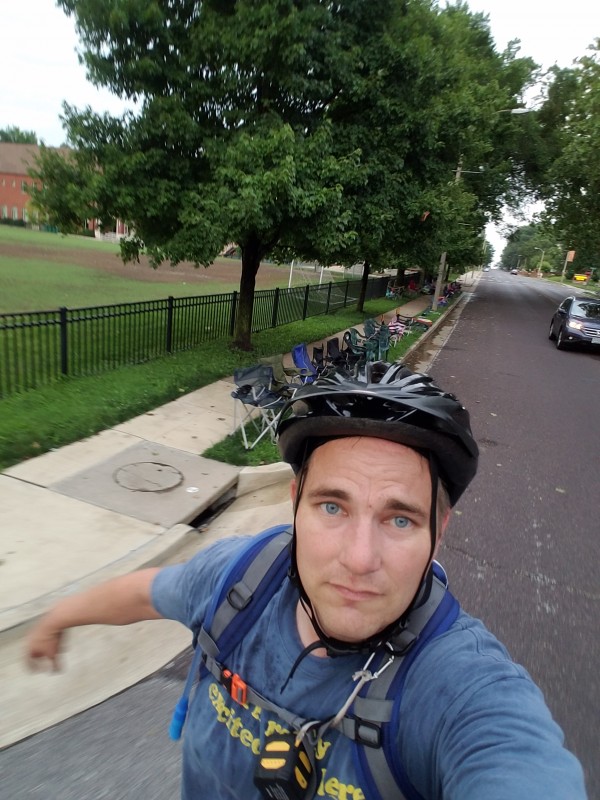 Since we were riding the parade, we only got one selfie before the riding started. I made a huge number of loops around the parade float, constantly circling so I didn’t go slow enough to dismount. We rode as close as we dared to the sides and got high fives from the kids as we rode by.

I’ve got some ideas for next year if we get the opportunity to do it again. The people organizing the float liked us as we were a big attention grab!