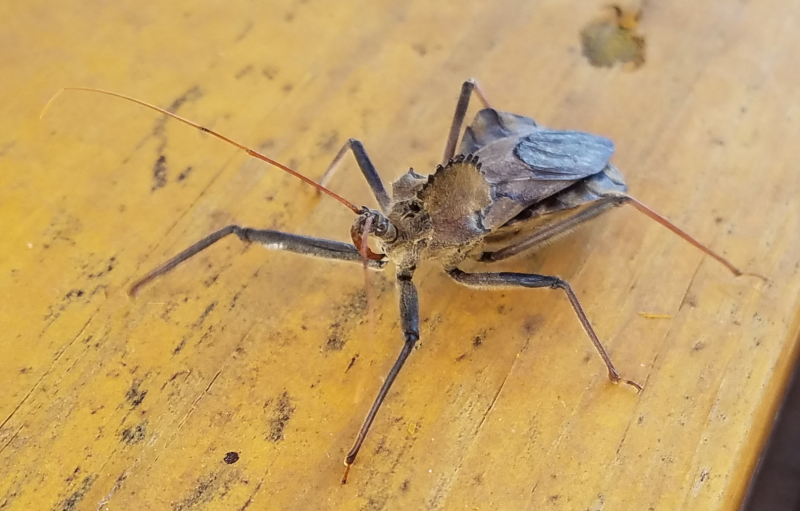 Danelle went out to Waterfall today to meet up with a friend, Jay Doty who is doing some work for us. But first, Danelle found a Wheel bug and managed to get a fantastic photo of it on the deck. She wants you to notice the ridges just behind its head.

No back to her visit with Jay. Jay is well known in the St. Louis area for getting rid of honeysuckle. People that are not educated about honeysuckle will think that its fantastic. Its the first plant to get green each year and has lots of flowers that smell great. The problem is that it isn’t native to the United States. there are not many things that like to eat it, so it spreads unchecked. Because it grows very fast and early, it chokes out many other plants and limits diversity in the areas that it grows.

There are 2 main ways to get rid of it. First, you can cut it and apply herbicide. While this is effective, the chemicals are not great for people or the environment and should be used with great care. If you don’t apply the herbicide within an hour of cutting the plant, it won’t actually kill the plant.

The second way is by a technique called root docking.  See the video below on how root docking works.

So Jay and Danelle went to work on Waterfall making it better! Here is a photo of some of the area once it was cleared. 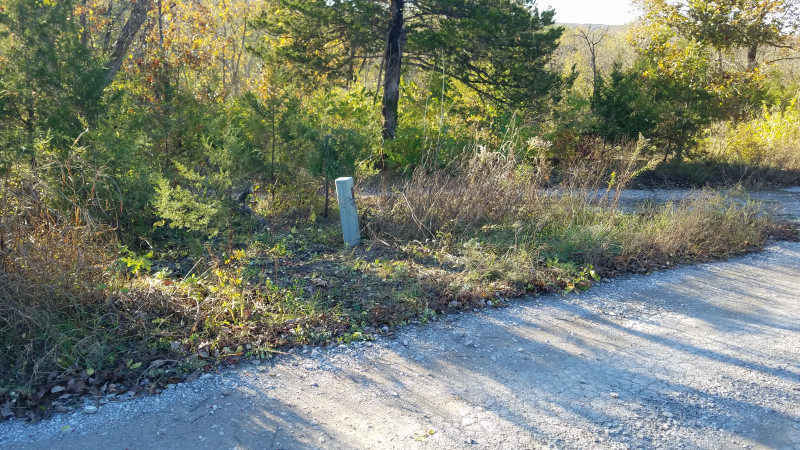 It doesn’t look like much, but its lots of work to clear it out. 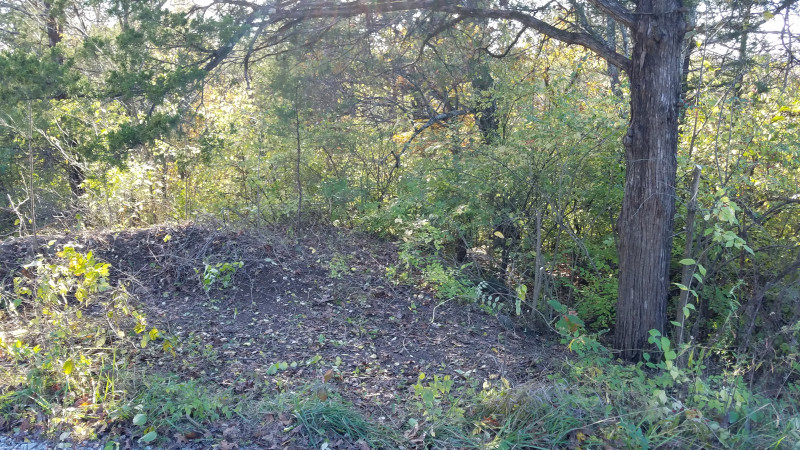 Check out the pile of honeysuckle that they cleared out. The bright green in the photo is the stuff pulled out of the ground that won’t come back next year! 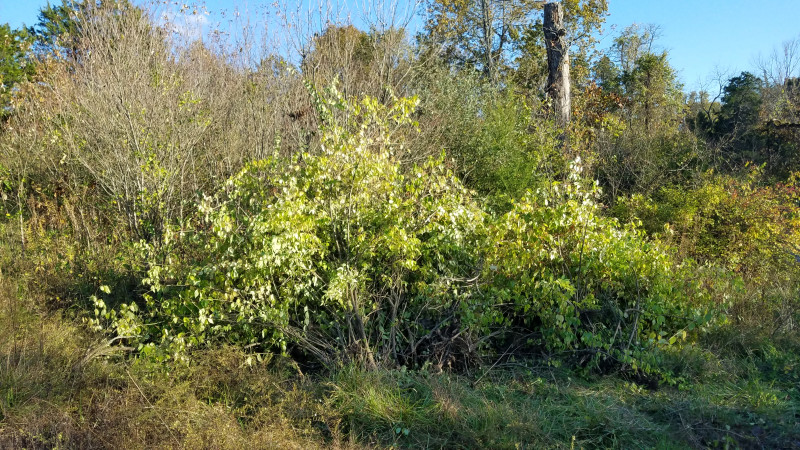 We’re happy with the progress that was made and will continue to make more getting the property cleaned up!

Hogan (on behalf of Danelle) Haake