In preparation for an upcoming long distance motorcycle ride, I decided to get some seat time in. In order to do that and be a good dad, I decided to take Corvin with me. The kids generally like going on rides with me.  The general map is below going counter clockwise. 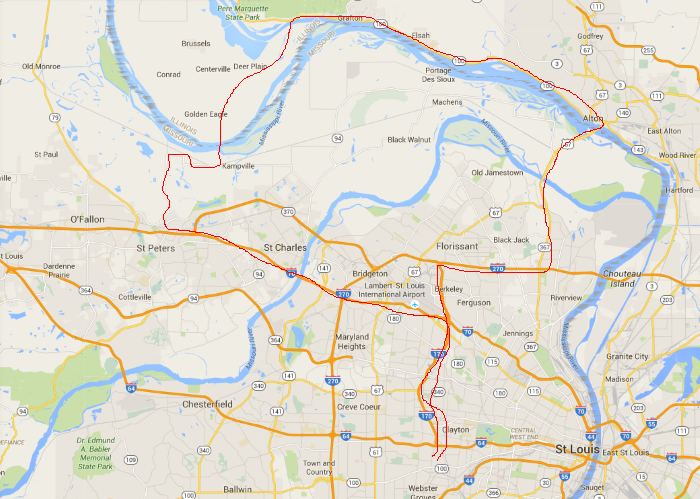 Thanks Google for the map!

The route is in red. Corvin had never gone this way. He was excited to go, but had no idea what was in store or him. Of course, it took me a few tries to get the directions just right and get where I wanted to be. When we pulled up the the first ferry, he couldn’t believe that we were going to ride onto a boat and take it across the river! 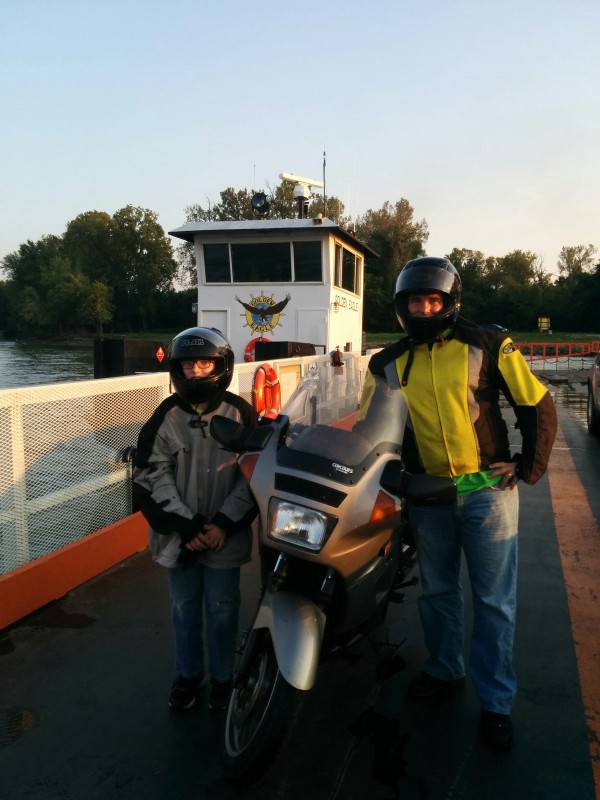 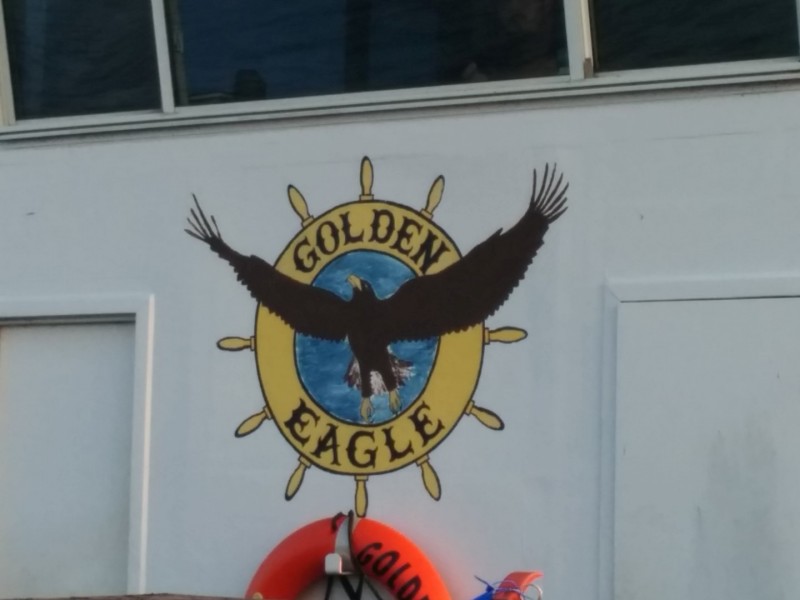 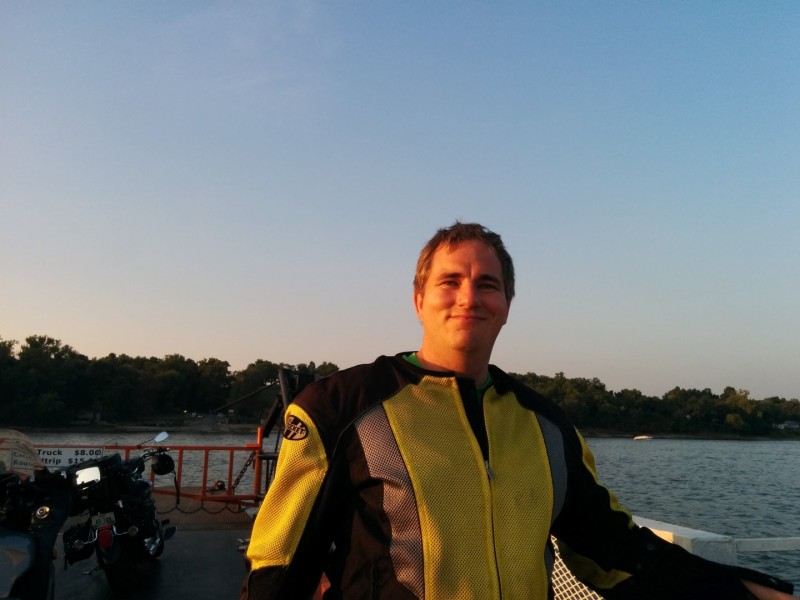 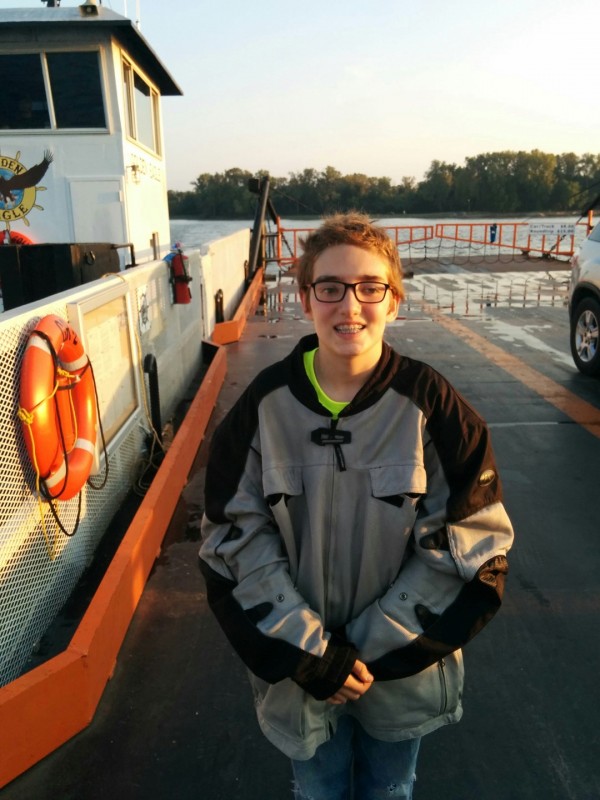 I don’t think we took any photos on the second ferry, cause he was still trying to take it all in. Unfortunately, we finished the ride in the dark from about Grafton, IL on, so he didn’t get to take in most of the beauty of the Great River Road. But it was a great time to spend with Corvin!