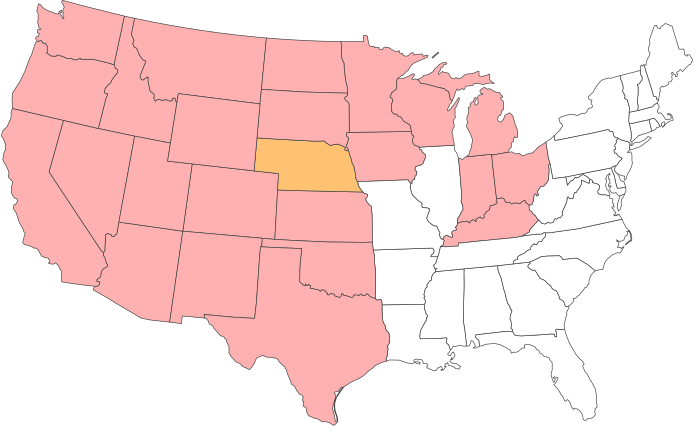 This is the second time we’ve had issues getting a state sign. This one cost us $1.75 in tolls… 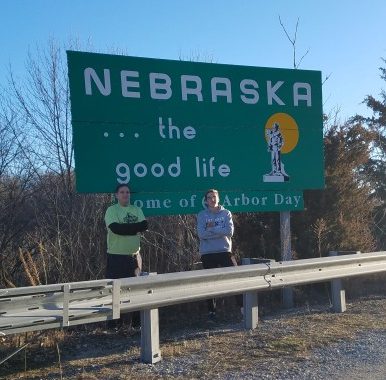 When we drove I-29 to get to Nebraska from Kansas, you’re actually traveling in Iowa right until you cross the border on a bridge over the Missouri river. Of course we can’t stop on a interstate bridge as there is nowhere to stop safely. When we left the interstate, there was a sign for a welcome center. I figured there would be a sign there, but it was just a building in downtown. I figured we would have to figure out the sign after our ride. It turned out that we had to take a side state highway going back south on I-29 out of Omaha to cross back into Nebraska. There, we went over a toll bridge just to get the photo above. I asked nicely and only had to pay the toll once since we were just getting a photo and leaving.

For the uni-cycling, we were going along the Missouri river and planning to cross the Bob Kerrey Pedestrian bridge. I found this looking for places to ride and it seemed interesting. It spans 3,000 feet and goes from Nebraska into Iowa. 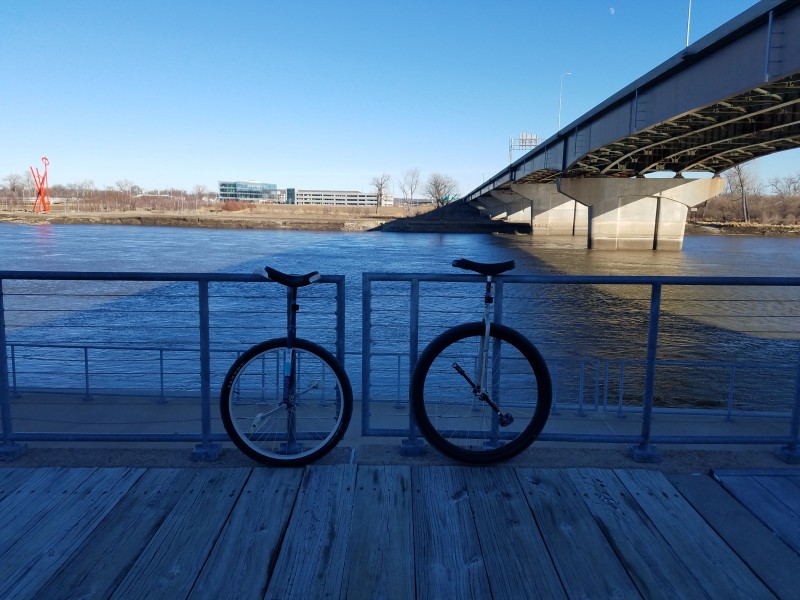 There is a troll statue under the bridge. Its interesting that the bridge isn’t just a straight run across. 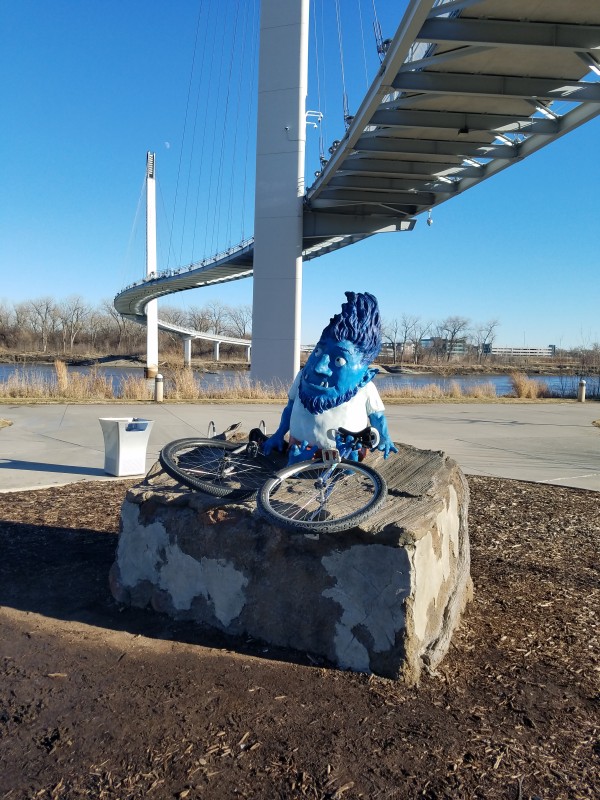 Here we are on top of the bridge. It was a really windy bridge. With the guy-wire system on the bridge, it hummed from the vibrating wires. 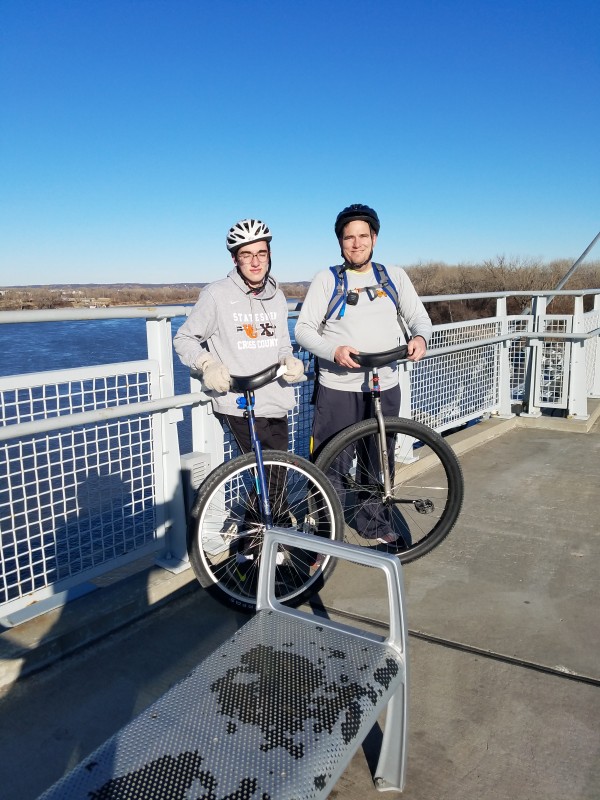 This was another cold ride right around 40 F outside. Corvin wore gloves the whole time to stay warm. This was the only pair of gloves we had between the two of us. 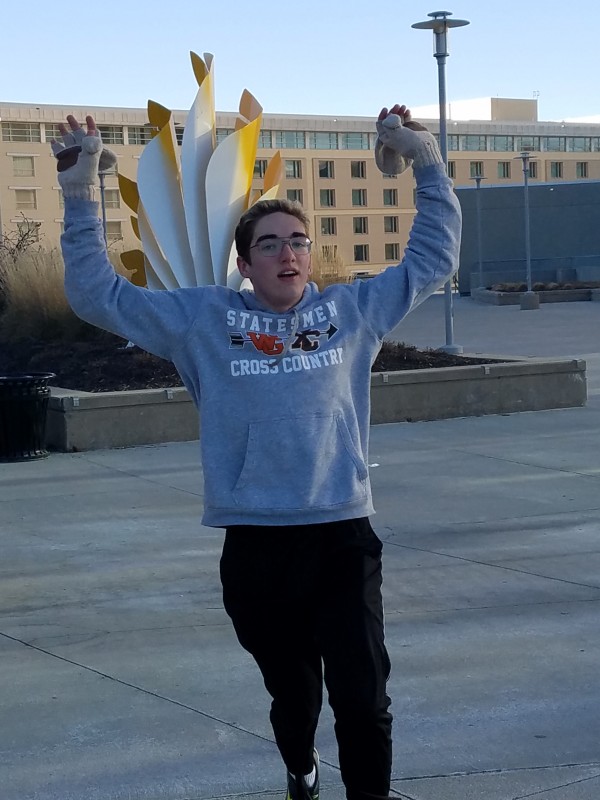 After the bridge, we rode around trying to get our time and distance numbers up before we could call it a day and just go home. Corvin found about 100 geese sitting in the grass and was able to run over making all of them fly to the safety of a nearby lake. That made the whole day for him.

Its crazy to note that as of this ride, we have accomplished half of our unicycle goal. 24 of the lower 48 states have been ridden in. With this trip complete, we have averaged 415 miles of driving per state we have visited. More observations to follow. 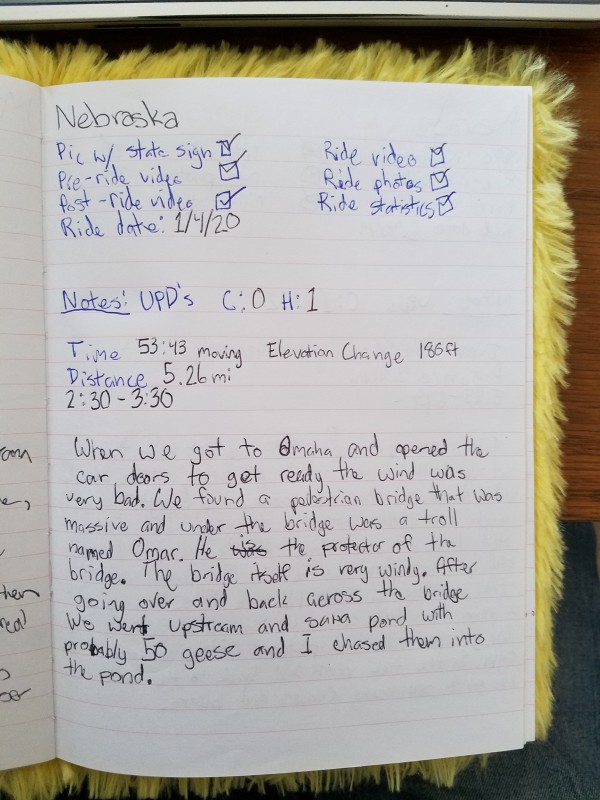 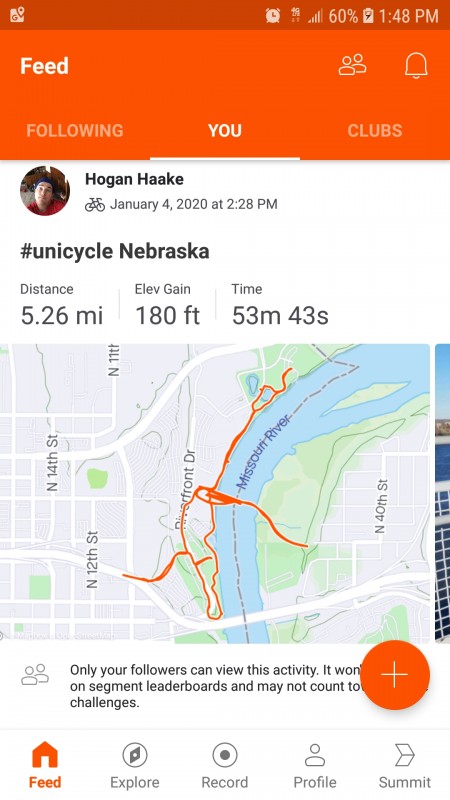