Somehow Mardi Gras has become a tradition with my friends and family (the male ones, but they are all invited). Herman and Henry brought their friend Connor Lewis with them from Kansas City. I wanted to make sure that they all had a good time. All we had to do was prepare and we would have a good time. Connor was a great sport, taking in all his surroundings and enjoying being a guest in a new city.

We started off Friday night with a late trip to the grocery (liquor) store followed by White Castle for dinner. We wanted Connor to know the best St. Louis has to offer 🙂 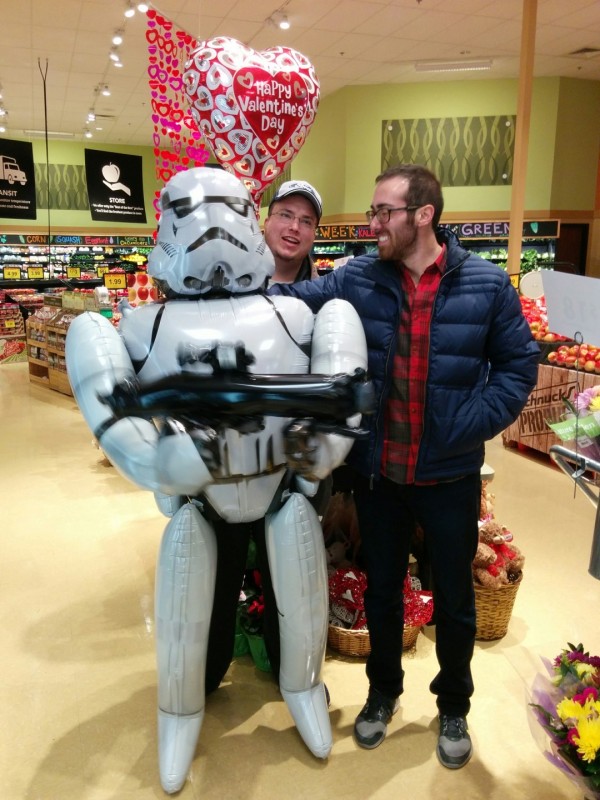 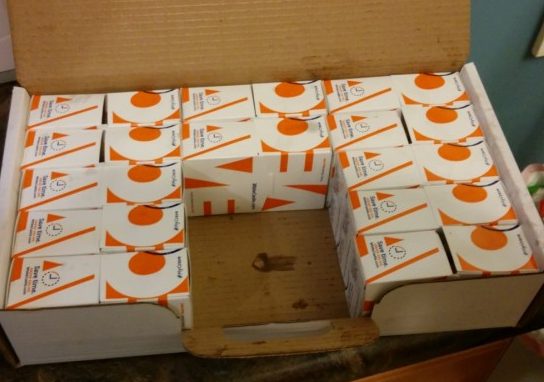 We drank light cause Saturday was going to be more serious…Mardi Gras is best experienced in costume. It shows that you’re ready to have a great time and is generally fun! So we headed to our local Goodwill store to look for costume ideas. It didn’t take long for a few winners to show up! 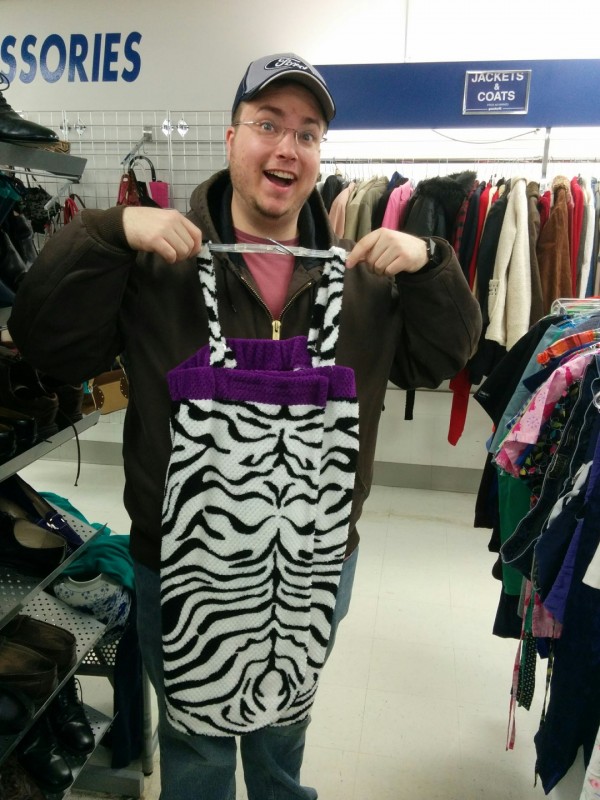 Our plan per tradition was to meet at the Metrolink station at 1 pm to ride it all the way downtown with our fellow Mardi Gras patrons. We packed the van and got there a bit early and started mixing our drinks. Again per tradition, we get 1L bottles of our favorite drink (Coke, Diet Coke) and drink a bit out. Then we replace the missing fluid with large quantities of Southern Comfort and/or rum. Whatever doesn’t fit in the drink must be chugged from the bottle.

We had a minor snafu and consumed all the Southern Comfort before Jeff and Cory showed up, so Cory had to get more on the way. Here is our group before boarding the train! 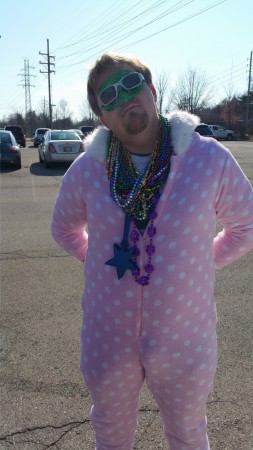 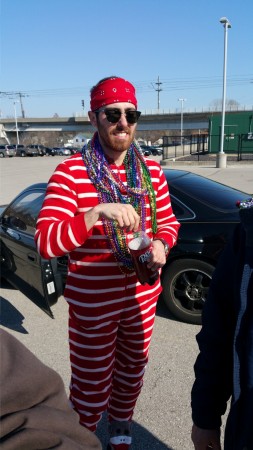 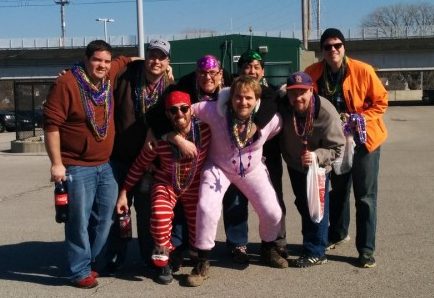 We decided to try our best to be “more fun” on the train, so we practiced and prepared. After every stop of the train, we sang part of 4 Non Blonds, What’s Going On.

And so I cry sometimes
When I’m lying in bed
Just to get it all out
What’s in my head
And I, I am feeling a little peculiar
And so I wake in the morning
And I step outside
And I take a deep breath and I get real high
And I scream from the top of my lungs
What’s going on?

It wasn’t in tune or good, but it was funny. Eventually all the guys got into it. Unfortunately, we couldn’t get our fellow travelers to sing along with us which was a gosh darn shame!

Hanging out at Mardi Gras was amazing due to the beautiful warm weather we had. People were generally cheery and we met tons of colorful people. Speaking of colorful, that Connor has a way with the ladies! Somehow I was talked into not being the designated driver and things went downhill fast for me! We’ll let the photos speak for the rest of our time! 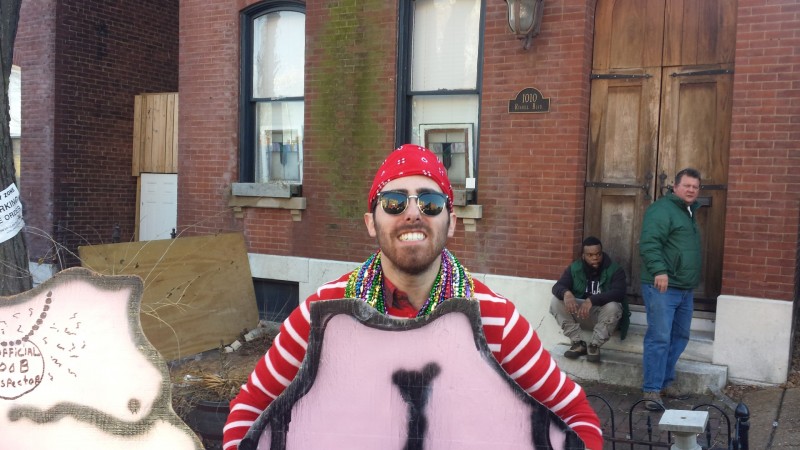 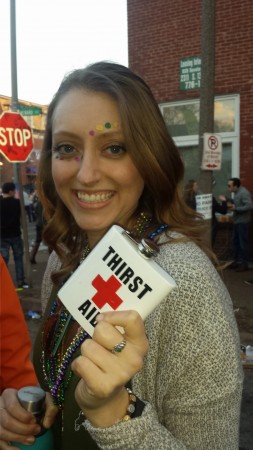 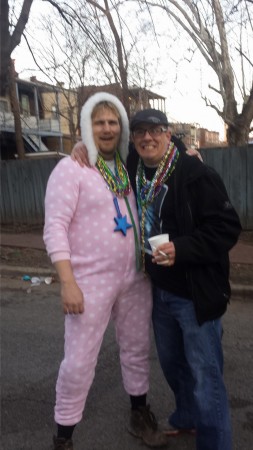 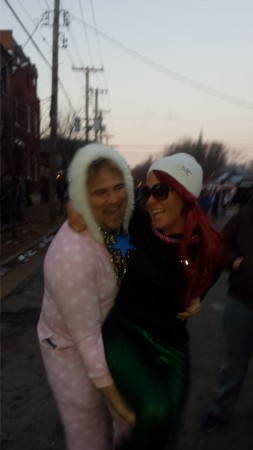 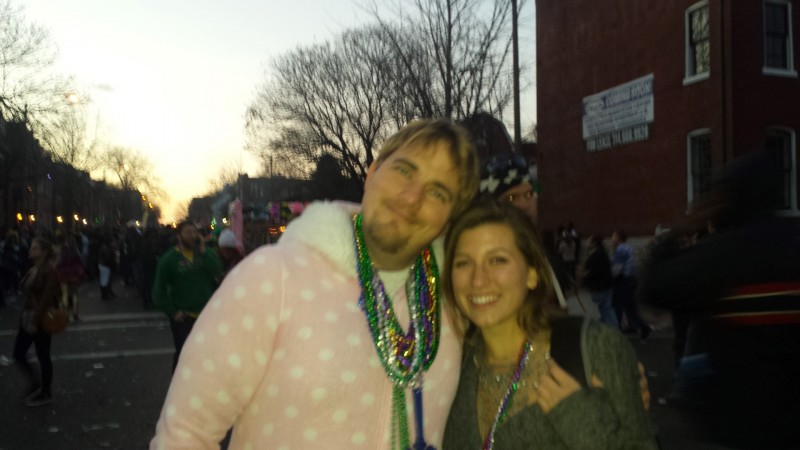 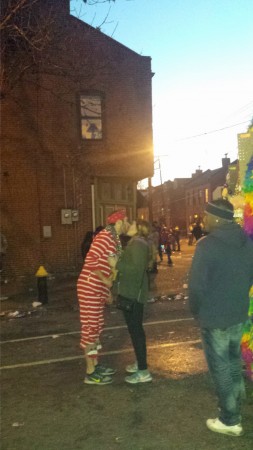 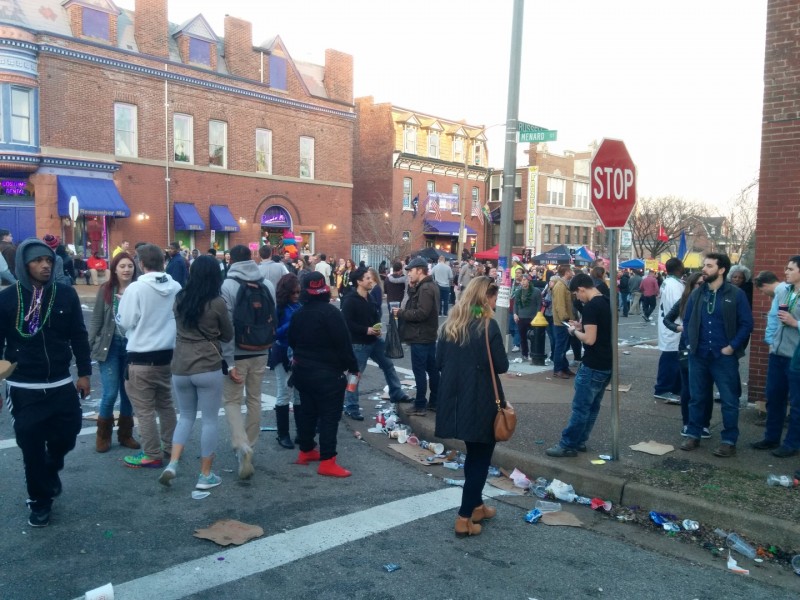 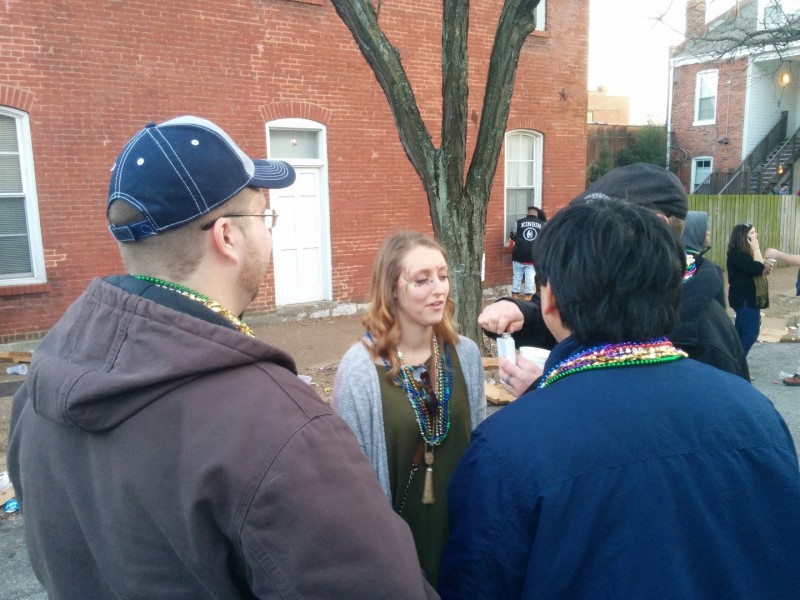 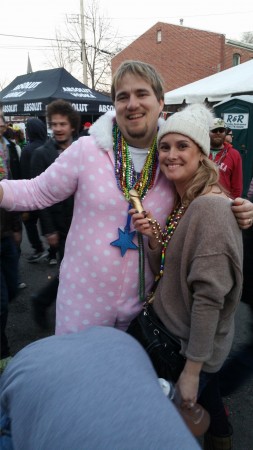 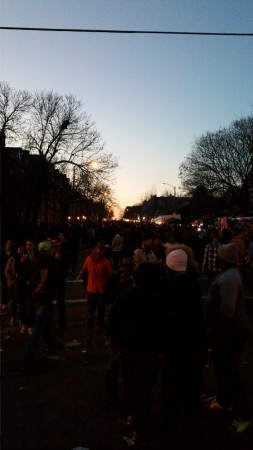 Everyone got home safe and unharmed. But Connor did loose his new IPhone6 which put a bit of a damper on the end of our evening. Even so, I wouldn’t be surprised to see Connor back next year!