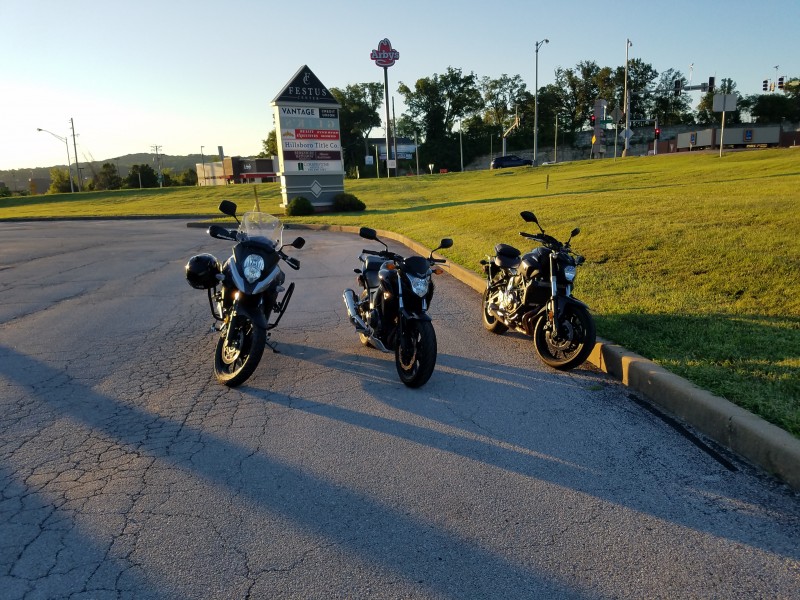 Eric and I met up for an easy Saturday morning motorcycle ride. We decided to meet at an old Blockbuster (now defunct) that he used to work at. There, we would meet his sister Alisa and ride together to St. Genevieve, Missouri for breakfast. Why St. Gen, cause its far away and gives us a place to ride to.

So I’m riding along on the highway doing my own thing and getting over 50 MPG. Suddenly, I’m passed by Eric going much faster. So I kept up with him and followed him all the way to our meeting spot. Why this part of the story is important is because Eric often complains that he doesn’t get that great of fuel economy. He used to get great numbers, but the longer he has had his bike, the worse it gets. When we got to the meeting spot, I was down to just 40 MPG due to keeping up with Eric. I did my best to explain to him that his crazy riding (cause motorcycles are so much fun) is the reason it has gone down! 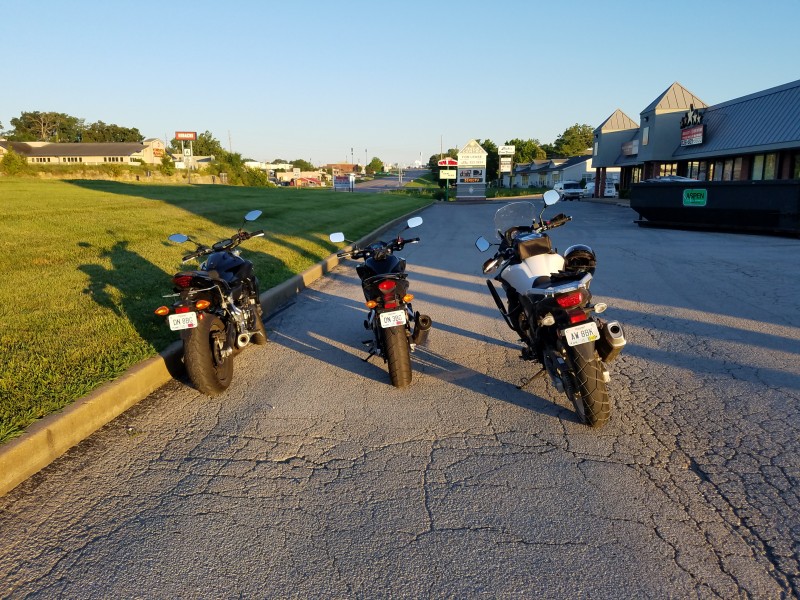 Once we met up, we had a nice country ride down rural Missouri highways until we got into St. Gen. From there, we headed to a Huddle House. As luck would have it, it was closed for renovations. Eric guided us to a McDonald’s for breakfast. I actually like  McDonald’s, but was looking for some small town food. So I told Eric and Alisa to hang on. I approached a stranger and asked if he knew of a local diner for breakfast that wasn’t a chain. He pointed us to Buddy’s Place Restaurant (585 Ste Genevieve Dr, Ste. Genevieve, MO 63670).

Buddy’s was the perfect small town breakfast. The buffet had more stuff than I should have eaten, but that didn’t stop me! I don’t normally take photos of my food, but this was an exception! 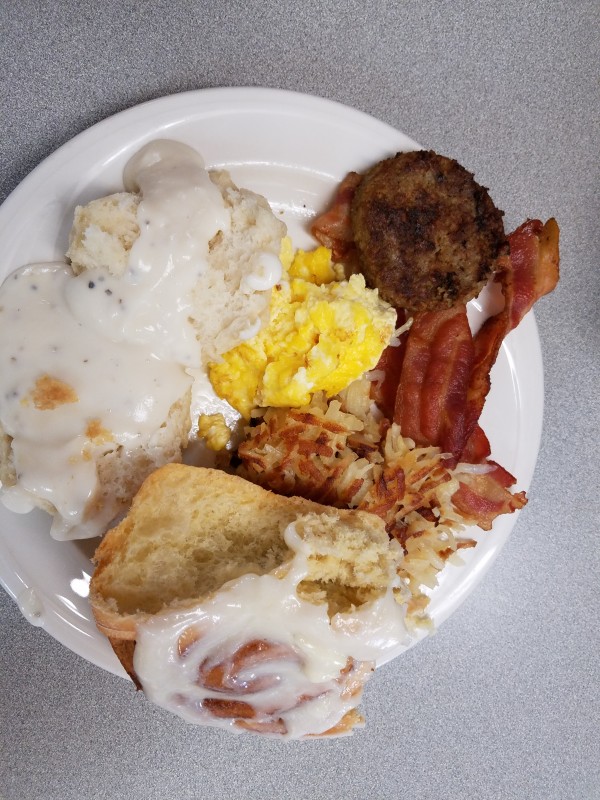 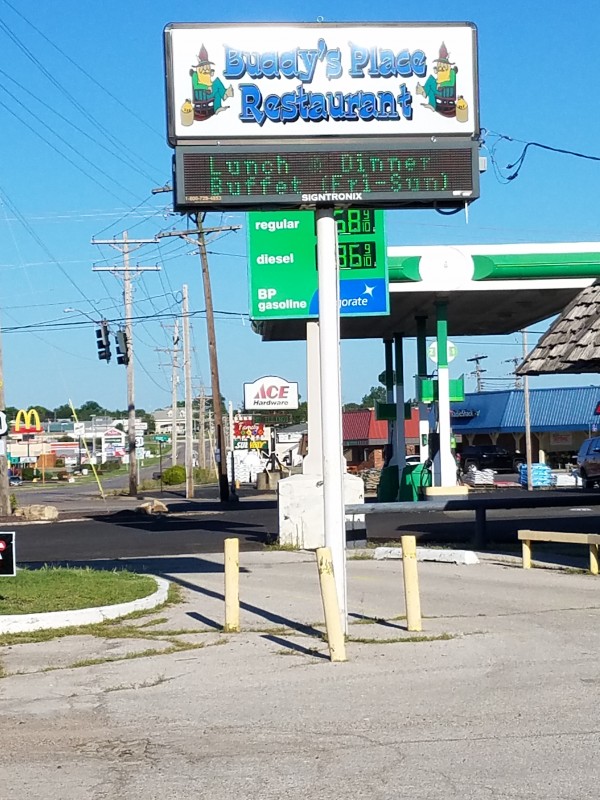 Eventually we parted ways. Eric and I took the ferry across to Illinois and Alisa went back home solo. 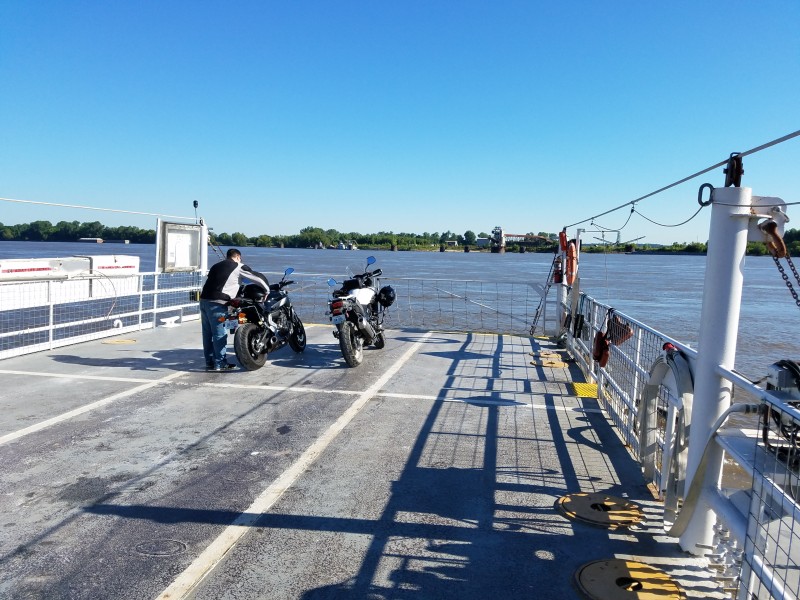 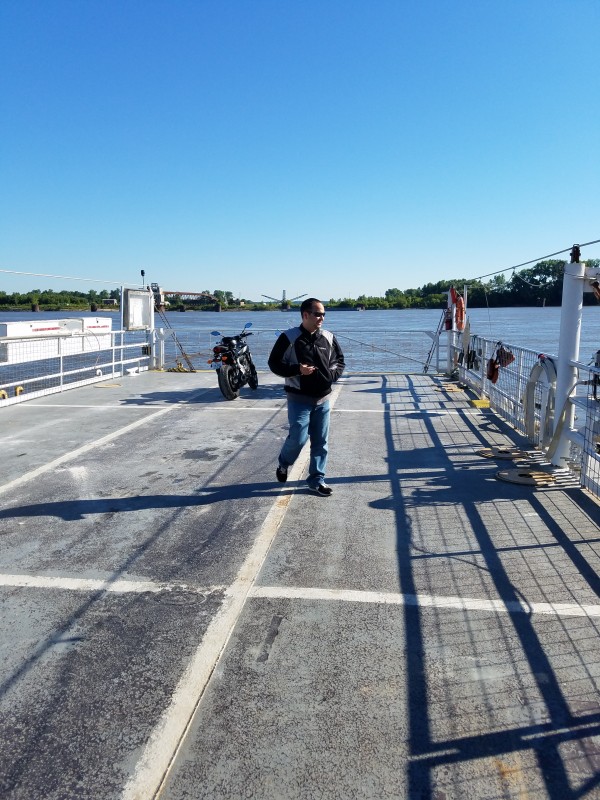 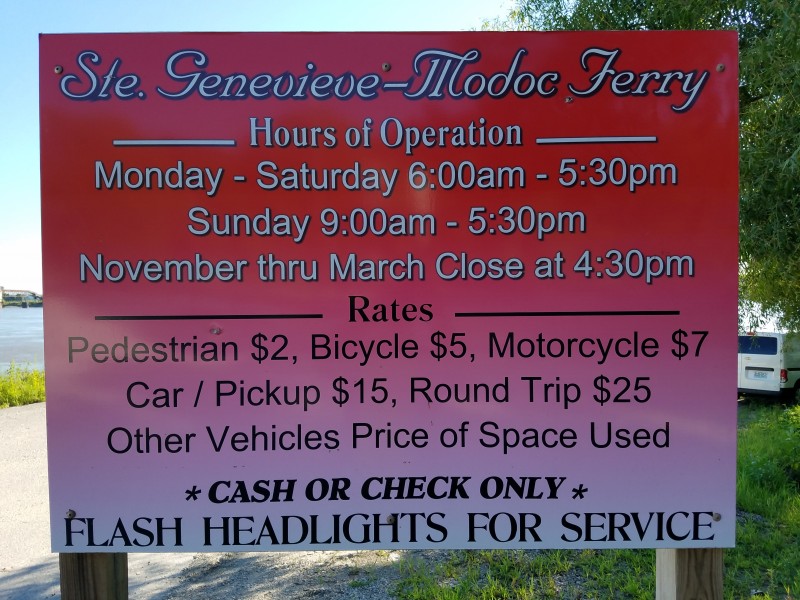 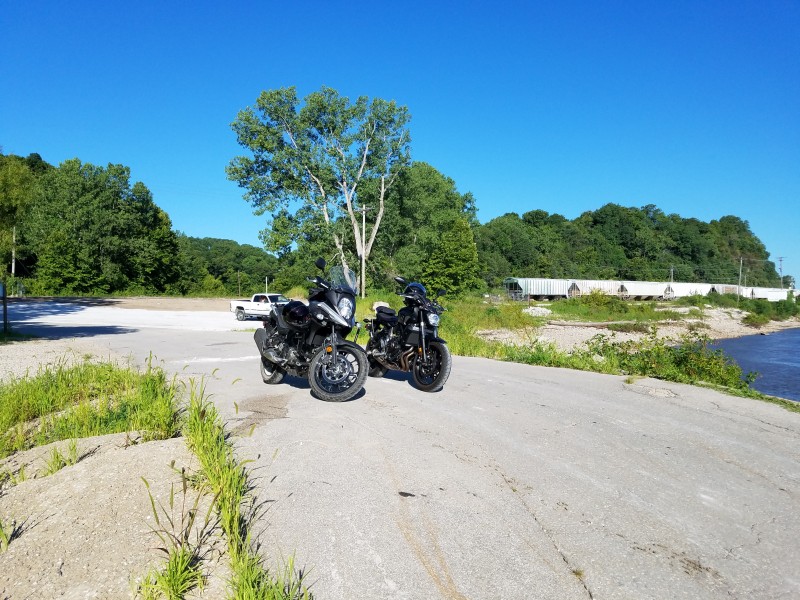