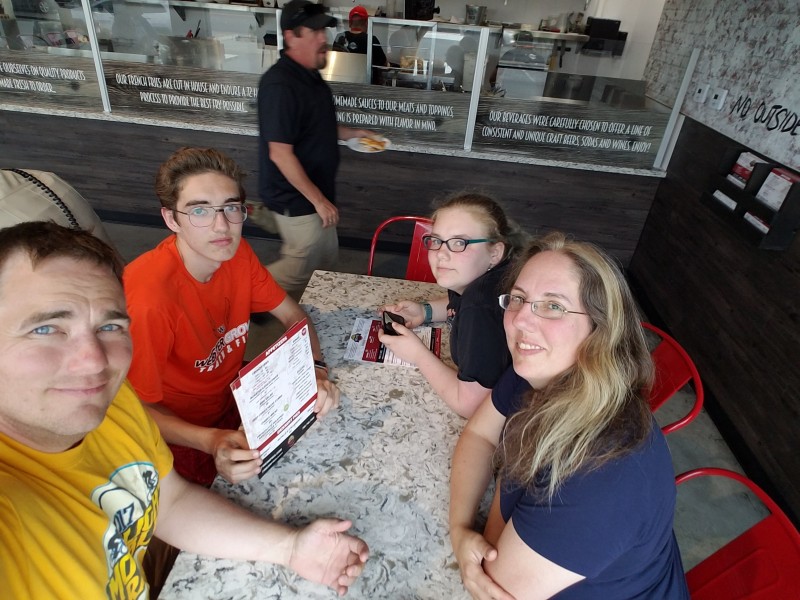 We got up from our hotel and were on the road at 6am. The goal was for Corvin and I to unicycle California before it got super hot outside. We got to the head of Mustard Canyon and started riding at 8am. We didn’t get very far before the gravel road was too rough to unicycle on. We walked for over half of the short canyon till we got back out to the road. A few shots were set up for uni-cycling before heading on back to the Furnace Creek Visitor’s center where Danelle and Corvin waited for us to finish. The wind was 20 gusting to 30, so it was a tough ride. Luckily for us, the wind on our face plus sweating helped keep us cool. 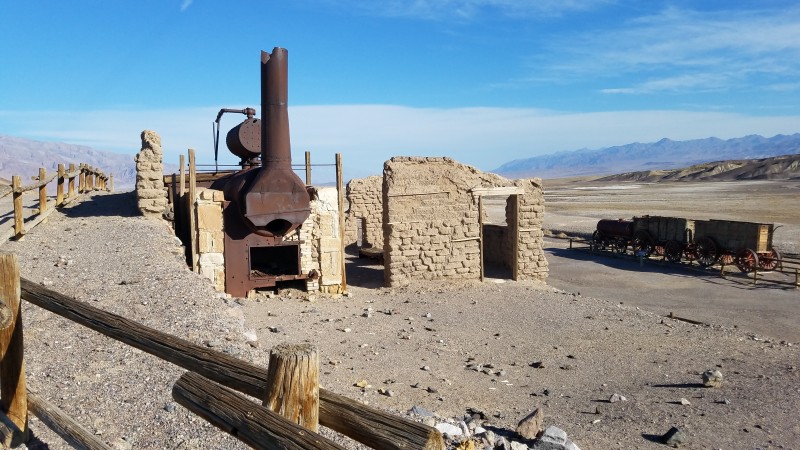 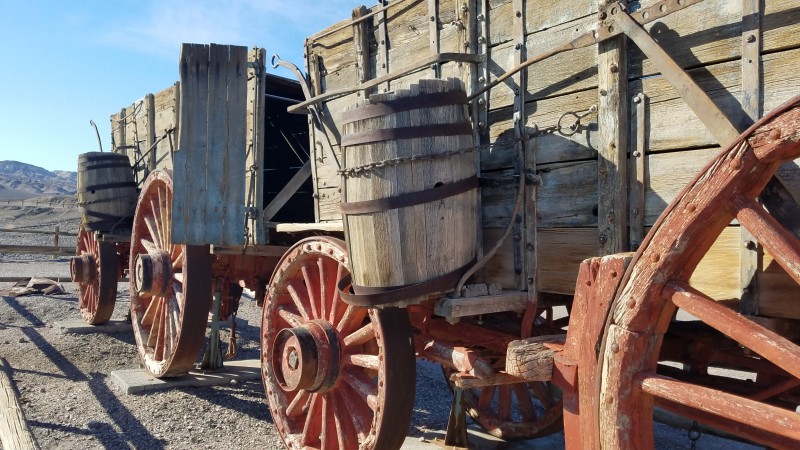 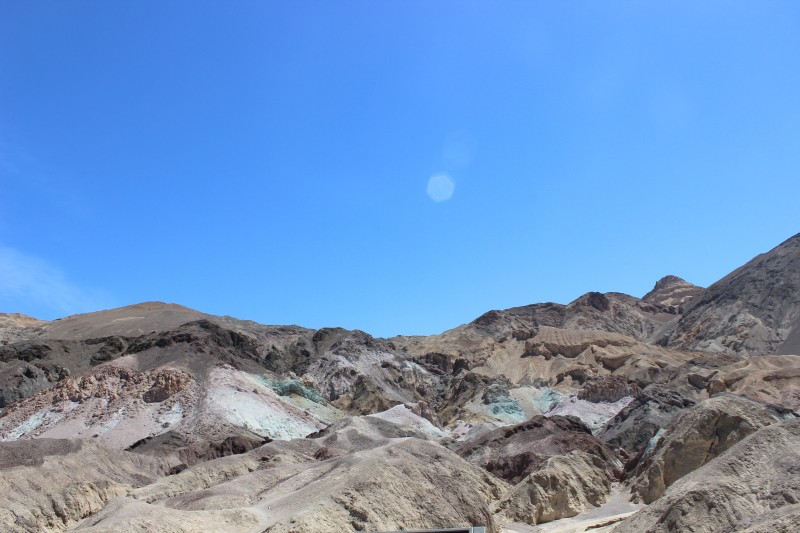 With our massive effort and sweating out of the way, we went on to other parts of Death Valley. Devil’s golf course was our first stop. It looked normal till you got closer, then the ground was very rough and sharp with salt everywhere. 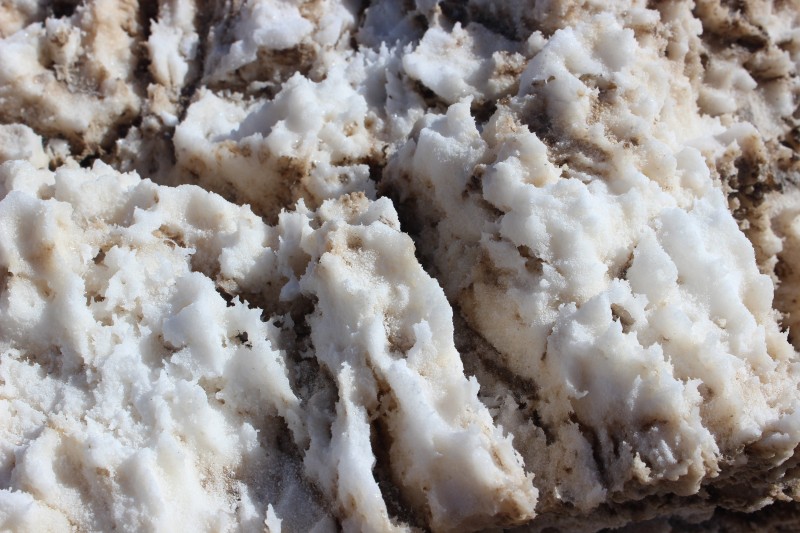 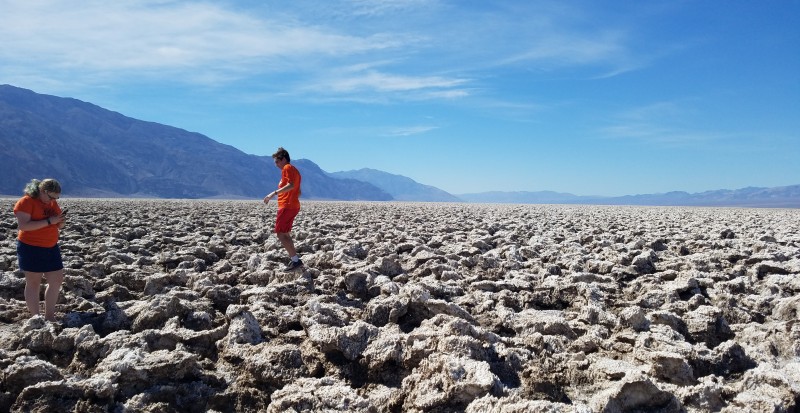 Badwater Basin was cool. It ended up being a salt flat that you could walk out on. It also happens to be the lowest land in the united states. We joined the flocks of people walking out on its vastness. 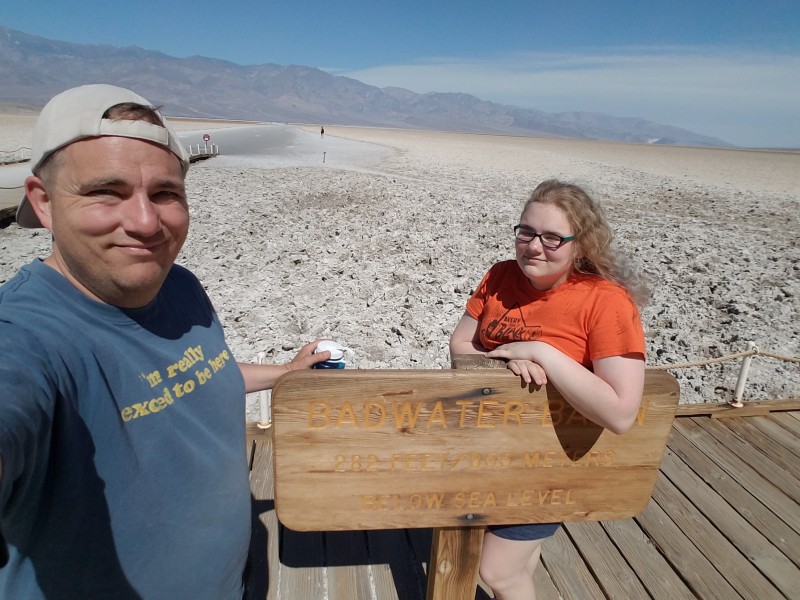 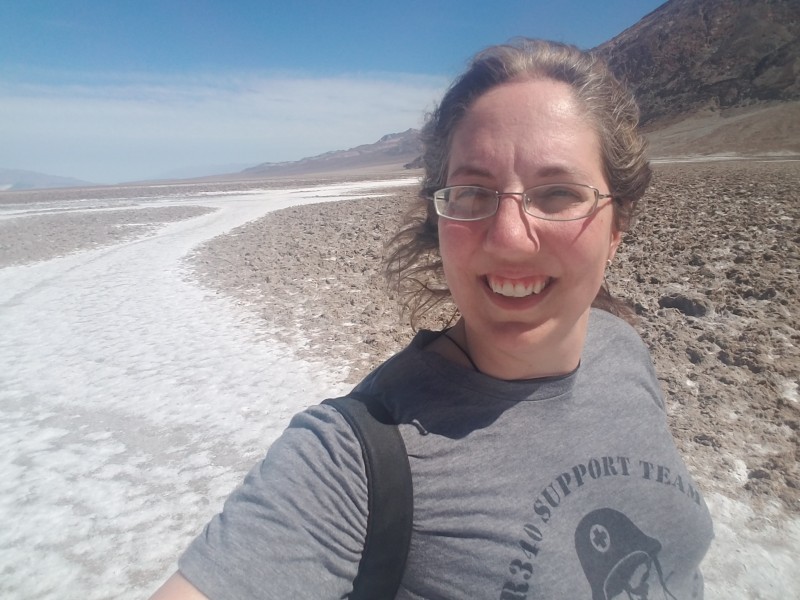 Here is a time lapse of Mustard Canyon that we tried to unicycle through.

We finished what we were going to be able to see on this short drive and went out of Death Valley. On the way to Vegas, we stopped by the ghost town, Rhyolite. We got a few photos and stopped a bit. Its worth a visit if you’re in the area. 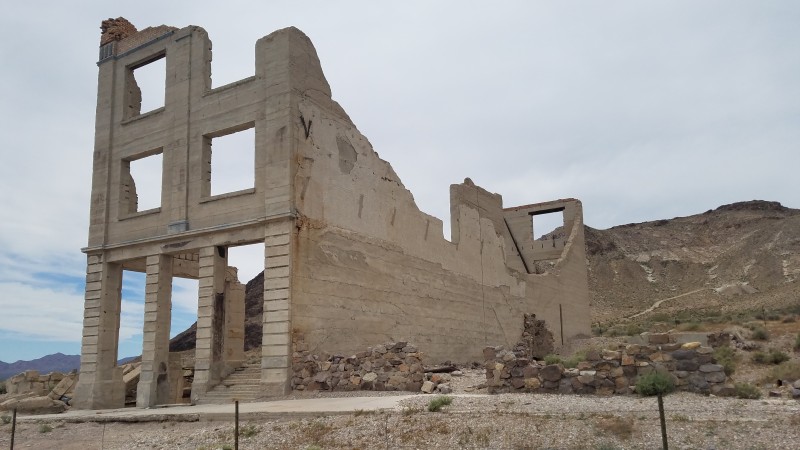 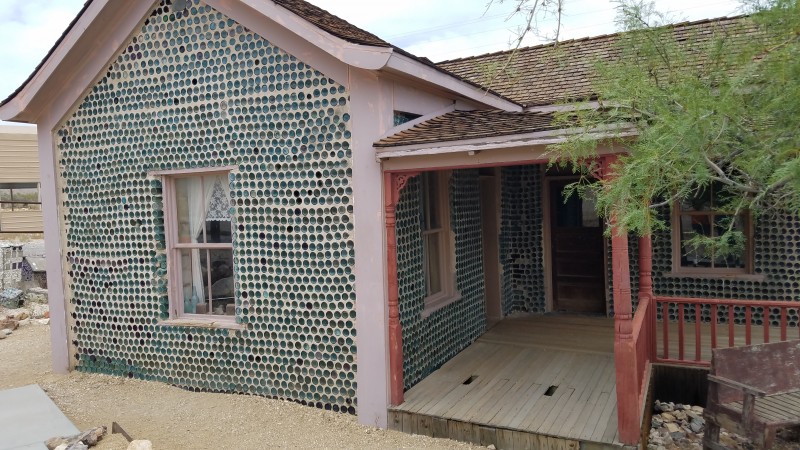 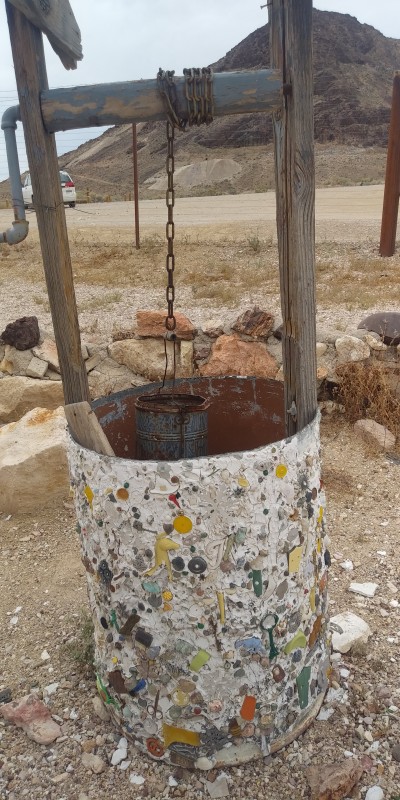 During the drive, we had a rock kick up and chip the windshield on the van, our second chip of the trip. Feels like the van is falling apart around us, now I’m hoping that we make it home without breaking down.

Walking across the hotel parking (Travelodge on the strip, a horrible place) lot were some Vegas “Show Girls”. Basically girls dressed scantly with wings on their backs. I got a photo with Corvin and myself. It was worth the $20 to embarrass him. While he was embarrassed, he’s still a young man and enjoyed it! Sorry, I’m not going to share the photo for Corvin’s sake.

We had a family walk on the strip to see the lay of the land. Sonora was surprised at the way people dressed and many of the advertisements around. She isn’t a huge fan of the place currently, but is warming up to the area as we focus on more family things.

We’ve spent so much money in Vegas that we decided to try and be cheap. We drove around looking for dinner. We ended up at Fries and Pies. Its a Poutine and Pizza chain we have never been to before. The food was great and it was a good break from the crazy Vegas Strip.

Back at the room, Danelle and I found two things for the family to do that should make the kiddos happy. One is a giant Ferris Wheel and the other is a mid-evil knight show at Excalibur. I’m pretty sure I saw this show back in 1995 on a different vacation.

Since Danelle bought the tickets on Groupon to save money, we needed to go to the hotel to pick up tickets. Danelle and I left the kids at the room and walked over to get tickets. While we were out, we gambled and lost $2 after being up as high as $9. We eventually found the open box office and got our tickets printed. We got to the box office just in time as ladies lined up behind us for the “Thunder From Down Under” show.

We walked back and stopped at the Coke store and tried 12 different drinks from around the world. The kids were passed out when we got to the room. 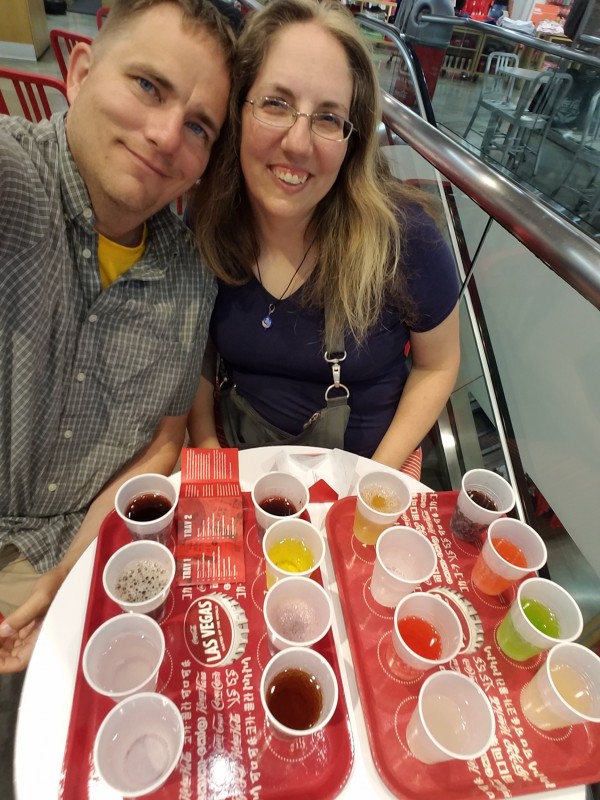 It was off to bed as we had a long day in Vegas tomorrow.