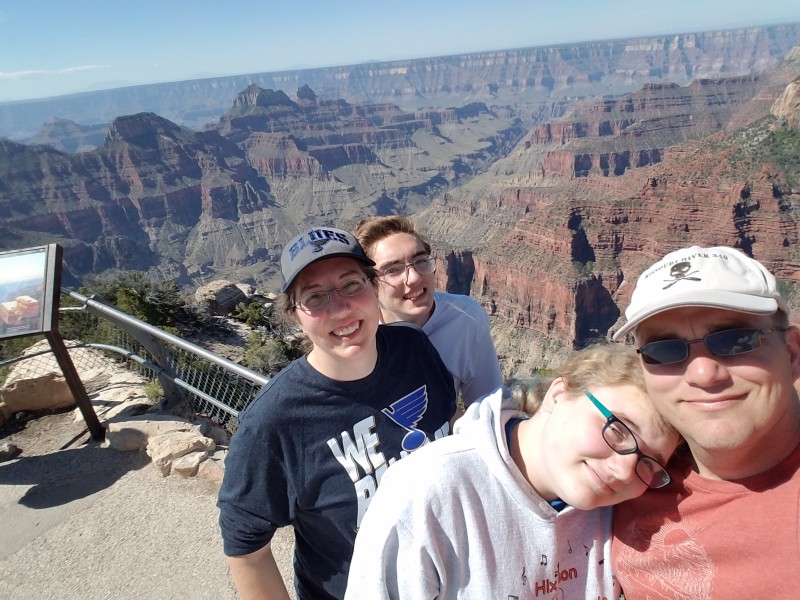 Corvin and Danelle got up super early and got sunrise photos at Angel Point. I slept in till 7 when I also woke up Sonora. Corvin and I did our unicycle ride for Arizona on the road. I had some issues with the hills as we started mostly straight up hill. The elevation was around 8,500 feet. We finished our ride and saw lots of surprised faces as they realized what we were doing. 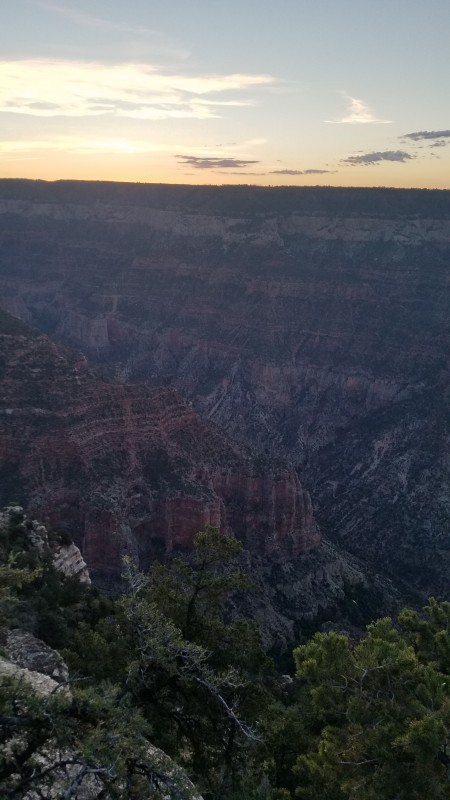 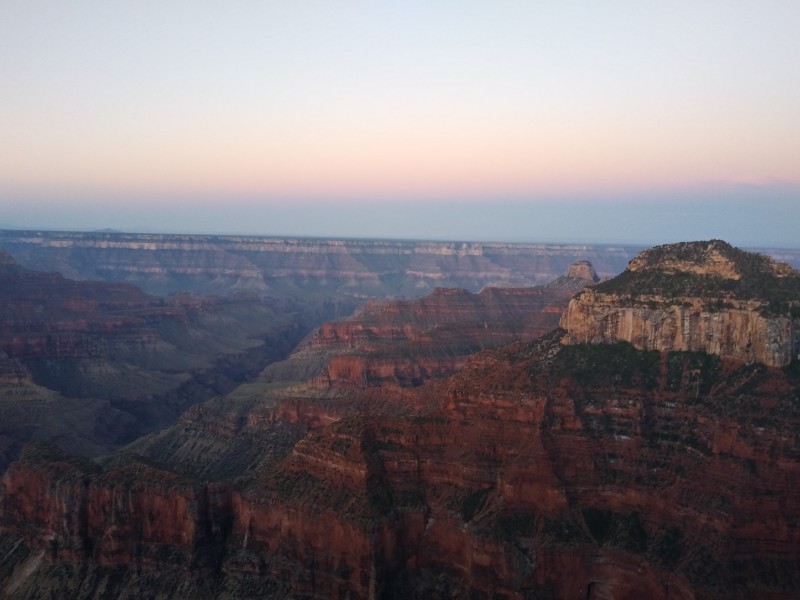 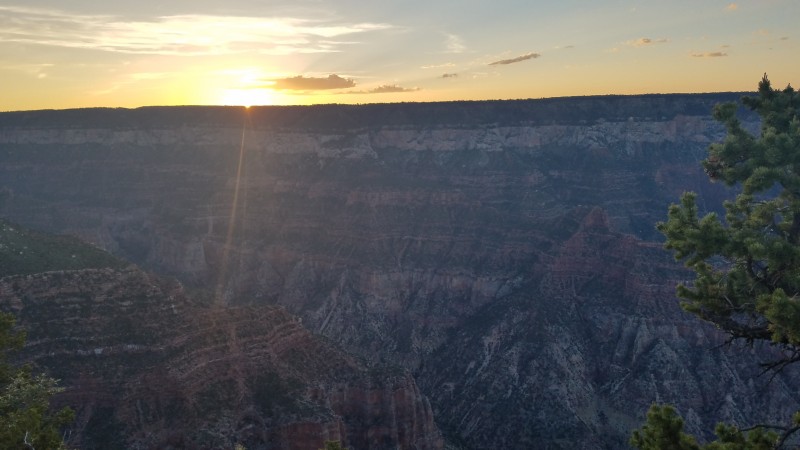 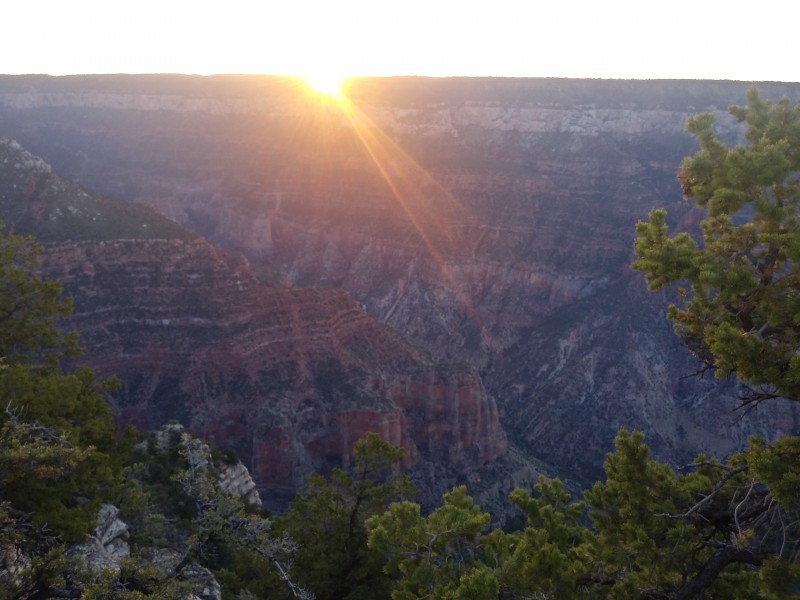 Once back, we packed up camp and site. We left a bit early and headed out to Angel point all together to check it out. 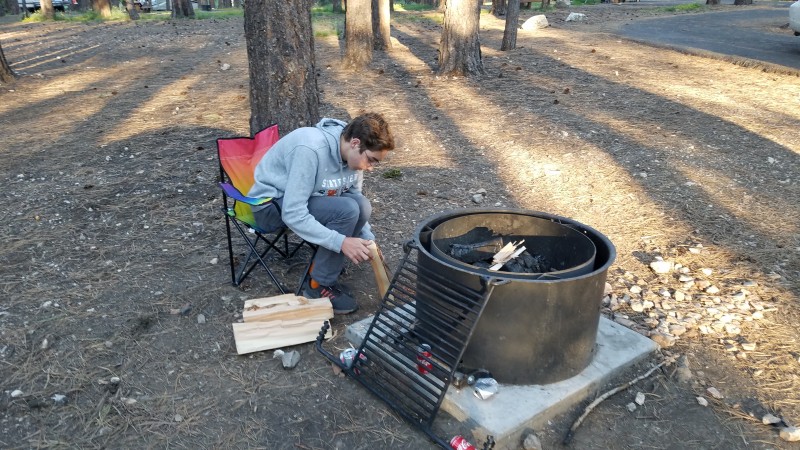 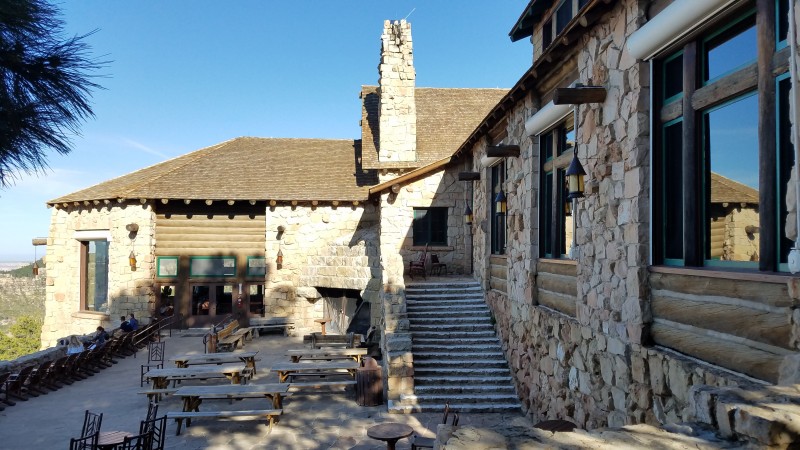 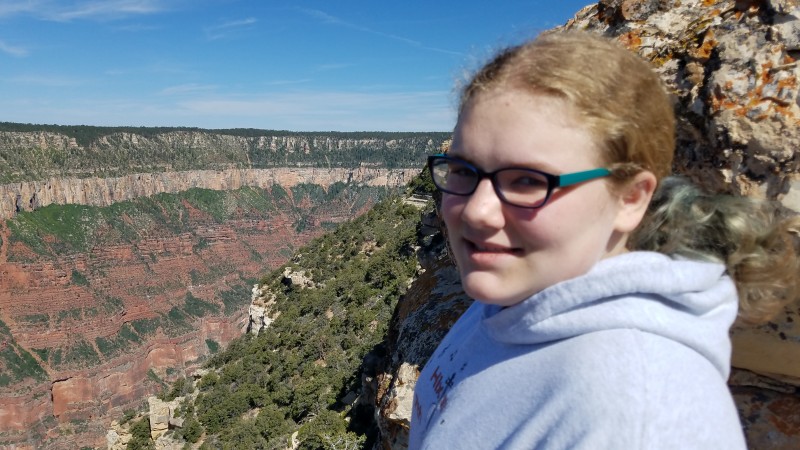 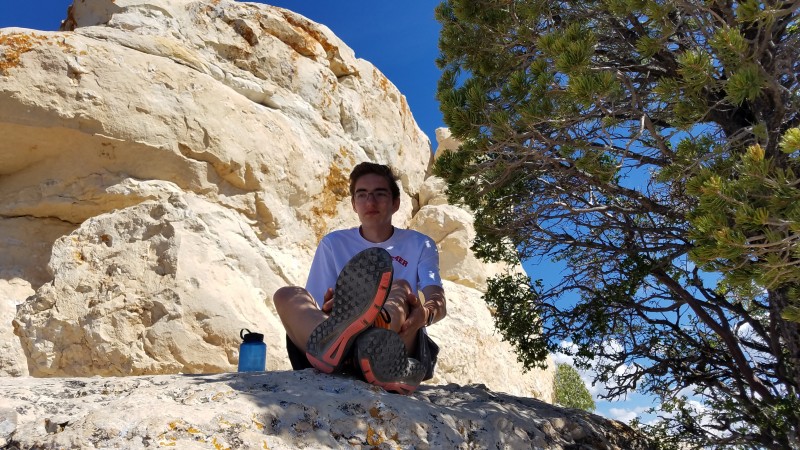 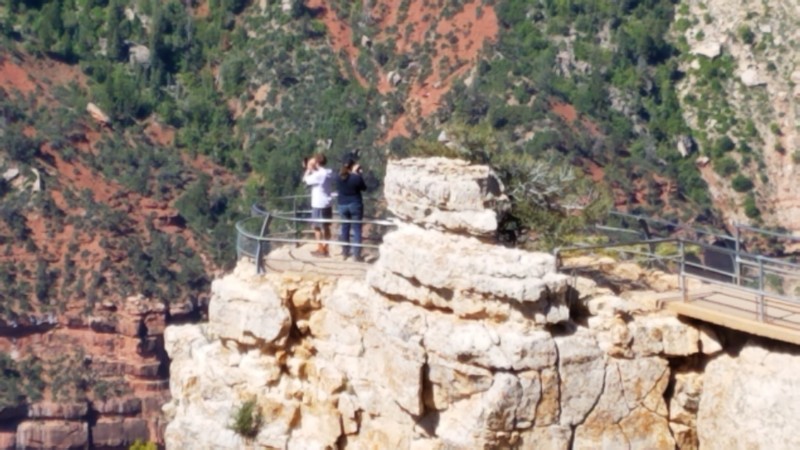 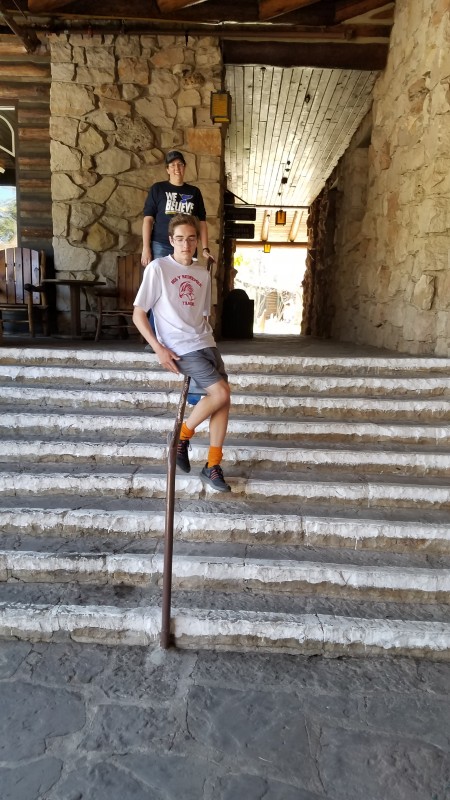 It may sound silly, but we finally had enough of the amazing sites and headed out. We drove straight for Parumph, NV as our stop for the night. Along the way, we stopped at the Nevada state line for a photo. Then again at the Virgin Valley High School so Corvin could do a track workout. He got 3 laps around the track (1 for me) and lots of pushups before being done. The temperature during the workout was 102 F with no shade. Its hard to argue with the view. 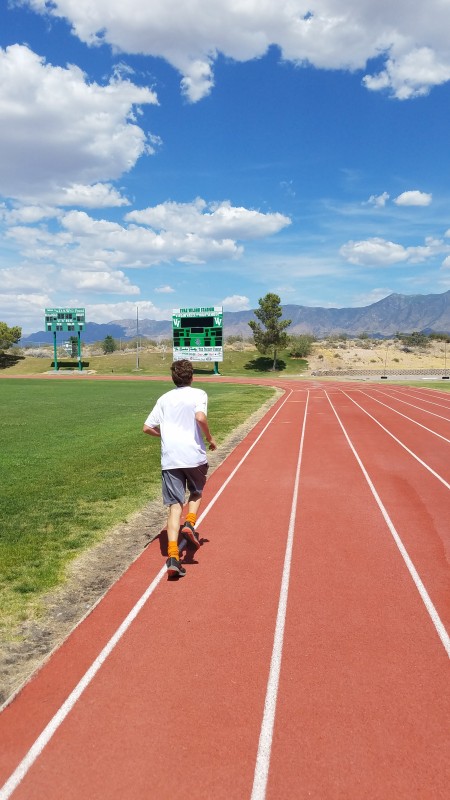 We spent the night at the Saddle West Hotel Casino RV Resort. The casino sucks and the rooms are dark. During the STL Blues Hockey game (they won), Corvin and I did laundry across the street and ordered pizza. We brought it all back in just over an hour. Now its time for bed. Death Valley, CA waits for us tomorrow morning.