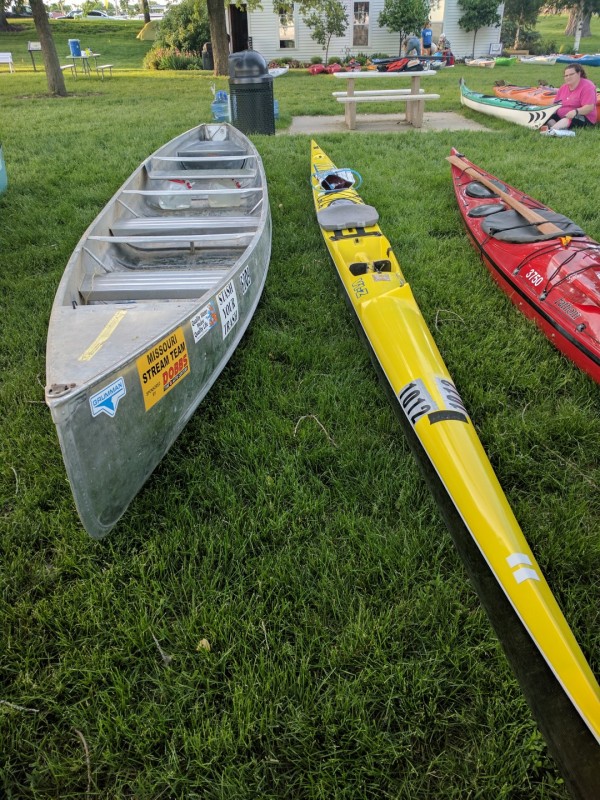 The South Dakota Kayak Challenge is a 72 mile paddling race down the Missouri river. Danelle and I had previously completed this race and though it would be fun to do it again with friends. I borrowed a 4 person aluminum boat and talked Andy and T into joining us for the trip. We only had two training runs in this boat, but I was confident we would fare fine as we are all distance racing veterans. So off we went to KC on Thursday night with the kids to drop them off at my parents house. 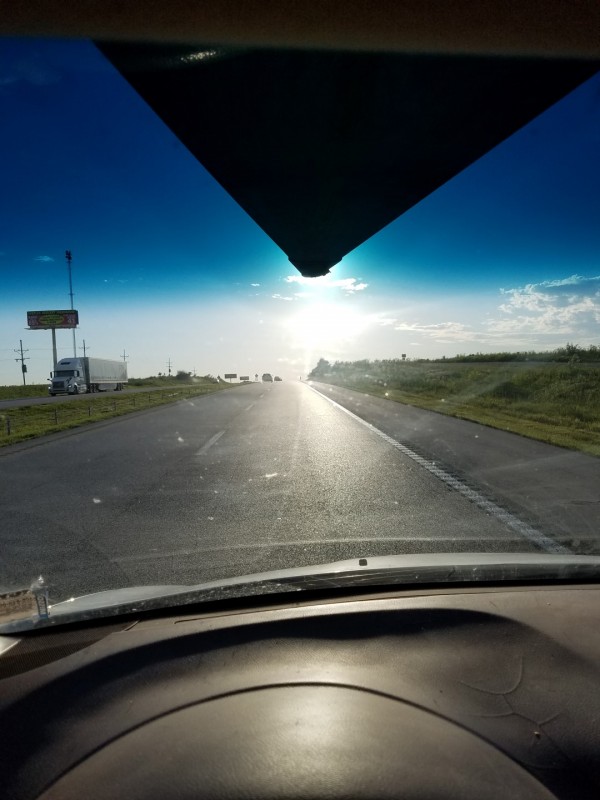 With the kids gone, we snuck out early from the house for the remaining 5 hour drive to Yankton, SD. Along the way, we were passed by Rusty who was able to drive a bit faster than me. As luck would have it, we stopped at the same rest area for a break and had a nice chat before heading back on the road. 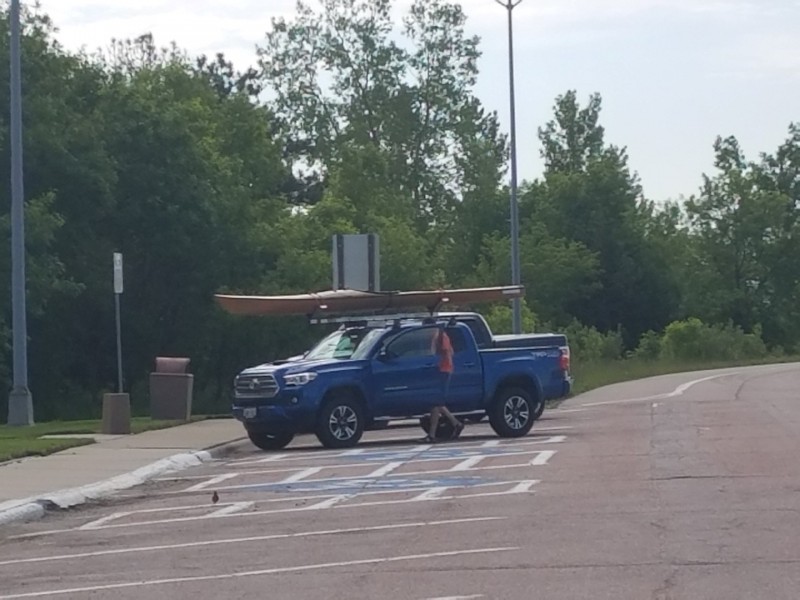 Like last time, we stopped at a high point to check out the course and get a break from the drive. 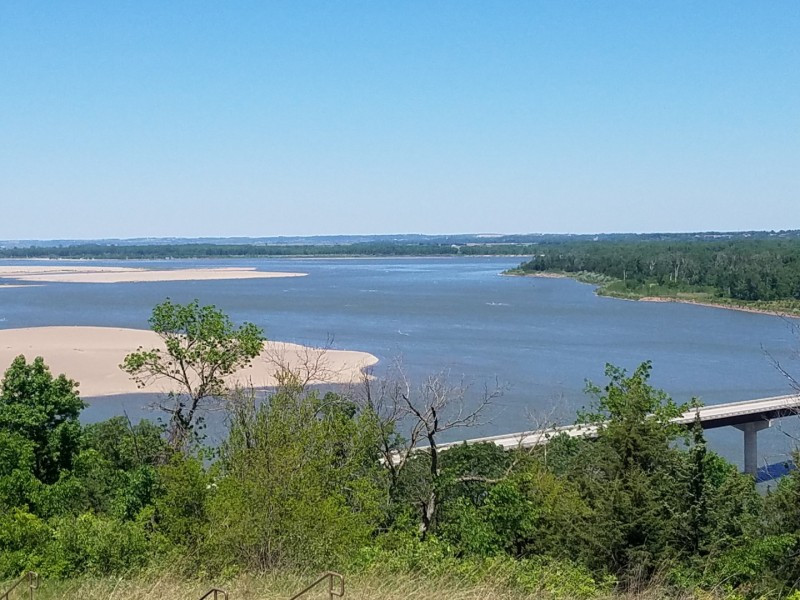 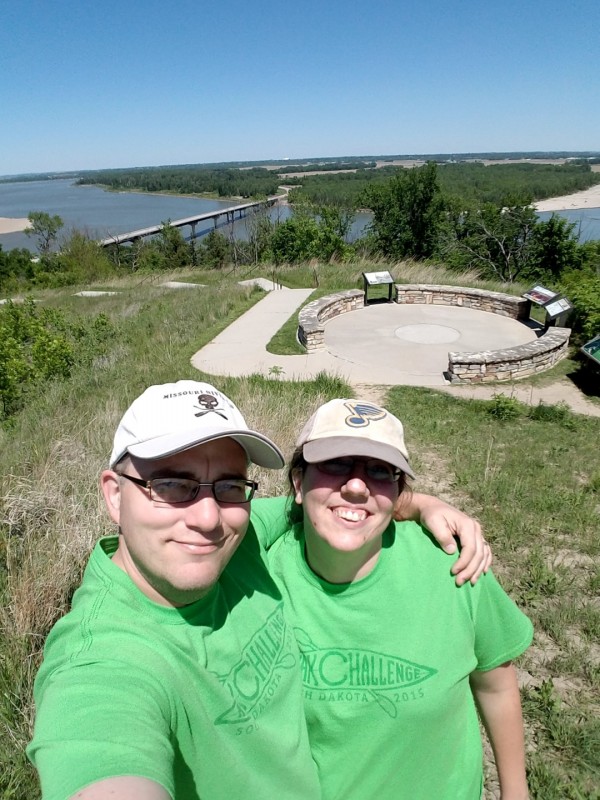 We were in contact with T and Andy during the drive, but they were a few hours behind us, so we didn’t wait for them. Once in Yankton, we unloaded and got settled. Our large aluminum boat sitting next to a more competitive boat…

Then I drove to South Sioux City, Nebraska where the race finish is. There, I would park the van and ride a shuttle back to the start of the race. I caught up with T and Andy here, always in great spirits! 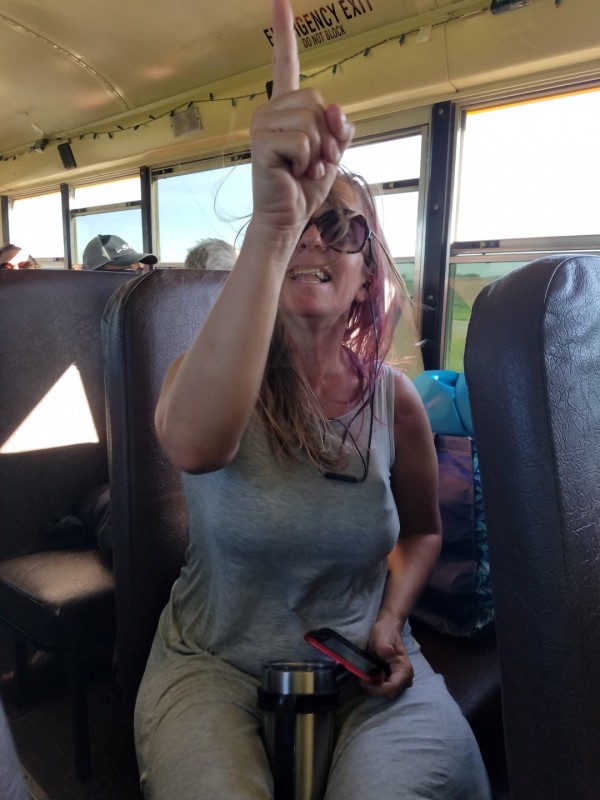 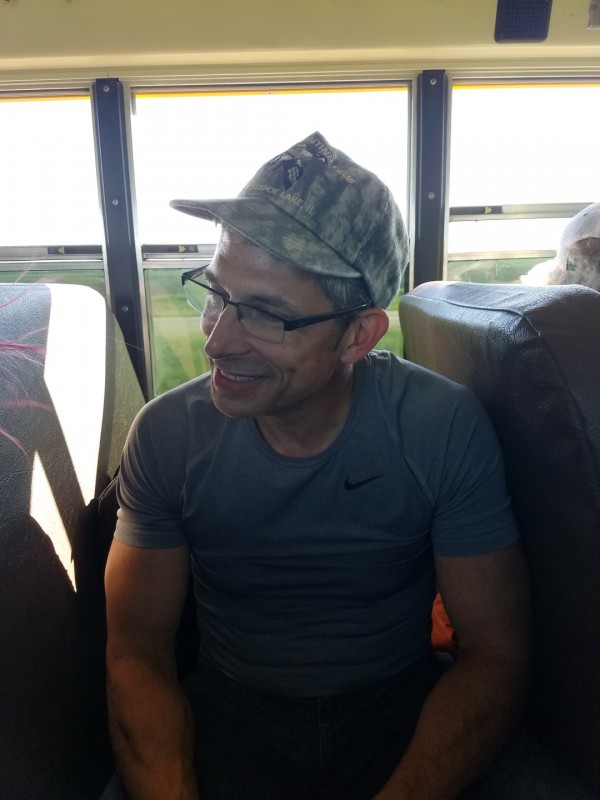 After checking into the race, we led them to the The Riverfront Hotel (they were staying at the same one we were). On the way, we were bragging about how awesome the rooms are. For some reason, they were out of space and we had to walk to their other building, so we all took the hike together. When we got to Andy’s room, our mouths dropped. His room was $20 more than ours and it was nicer than my house. Oh yeah, it also had a walk in safe! 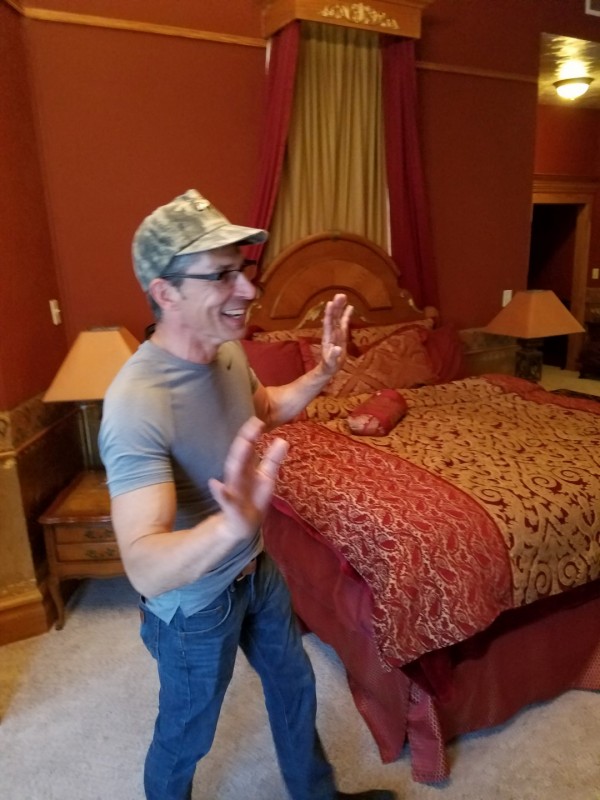 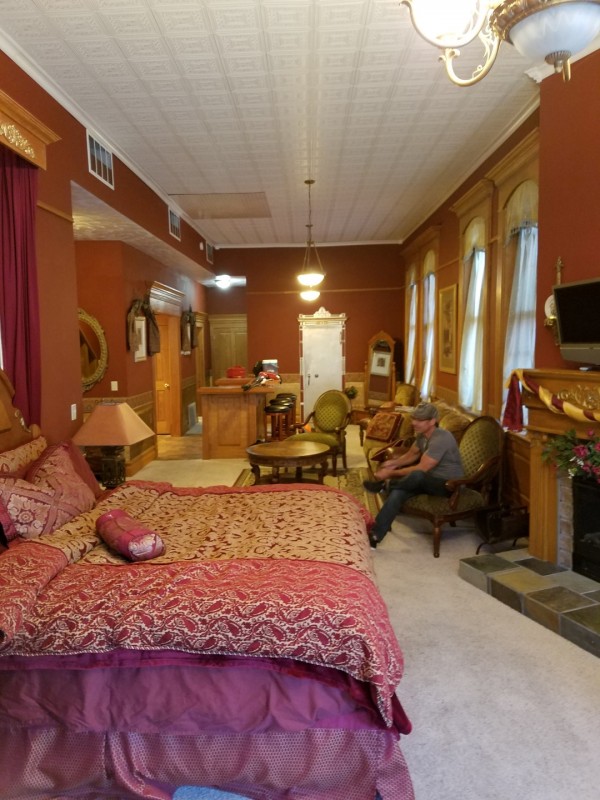 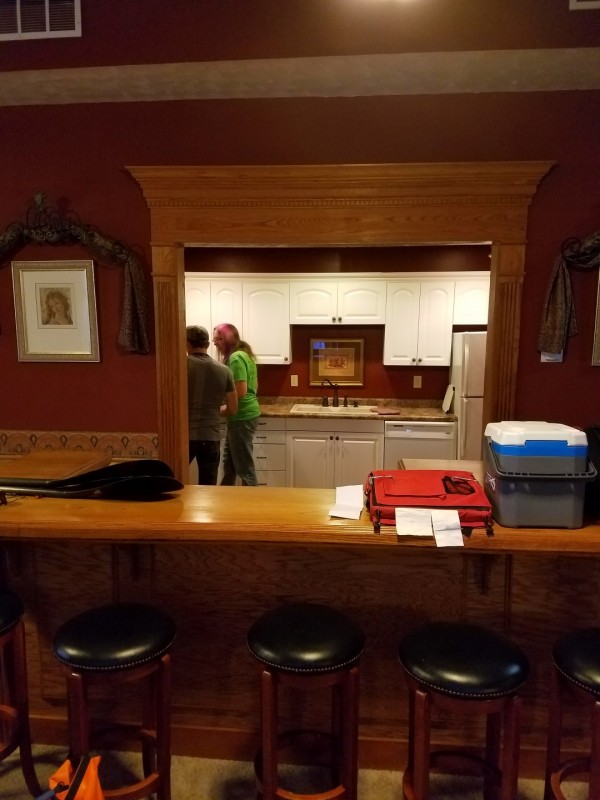 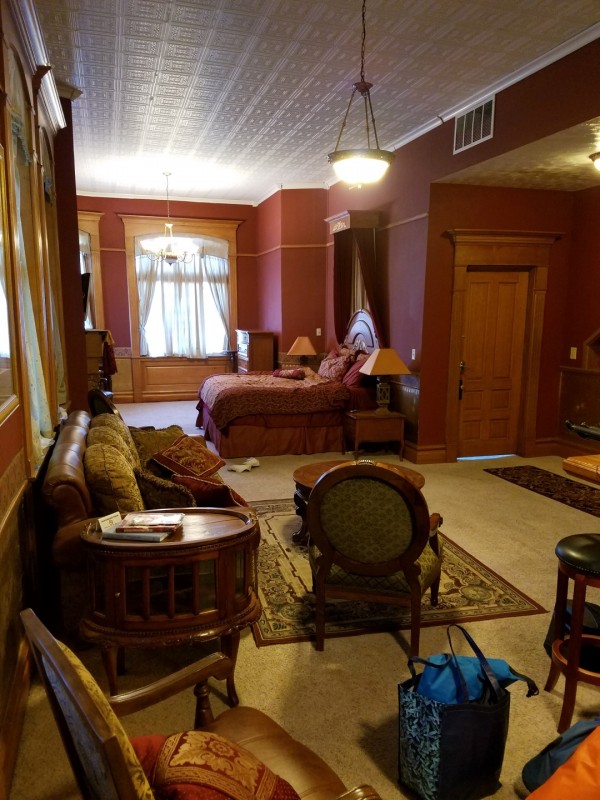 Saturday morning, race time! When we woke up, it was lightly drizzling rain. I love paddling, but I always prefer when its dry. I was worried it would be a miserable day of racing. But to keep things light, we had some laughs before the start. Danelle, T, and I all colored our hair. Andy said he would wear a wig if we brought one… He was a great sport and let us get a photo before putting it away. 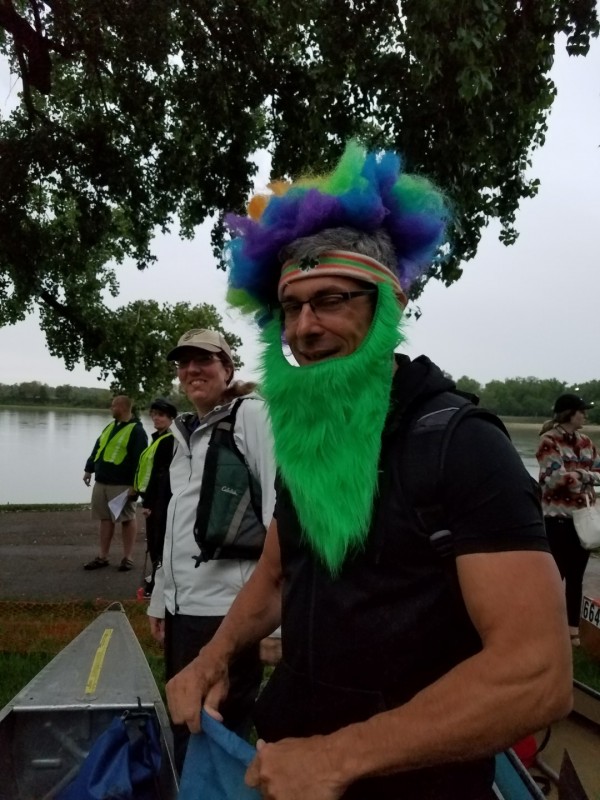 The race went great. The team did a great time together and we had lots of hilarious conversation. Many paddlers were shocked when we passed them mostly due to our boat size. They commented that they could hear us coming but could do nothing about it. Needless to say, we had a fantastic time!

One other interesting note, I broke a carbon fiber paddle. I traded paddles with T so she could try out a shorter one and she liked it. So I started using hers and I called out a 20 count (20 hard strokes to get the boat and blood moving). On my second stroke I heard a loud snap! I looked down and realized the paddle snapped. 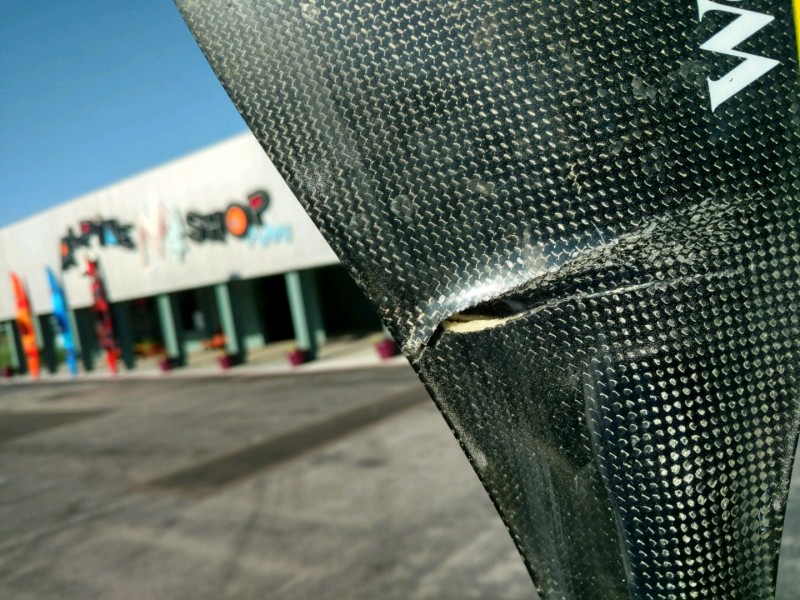 We were fortunate that we carried a spare paddle and kept going. We finished the race in 10 hours and 41 minutes.No one said that racing was easy! 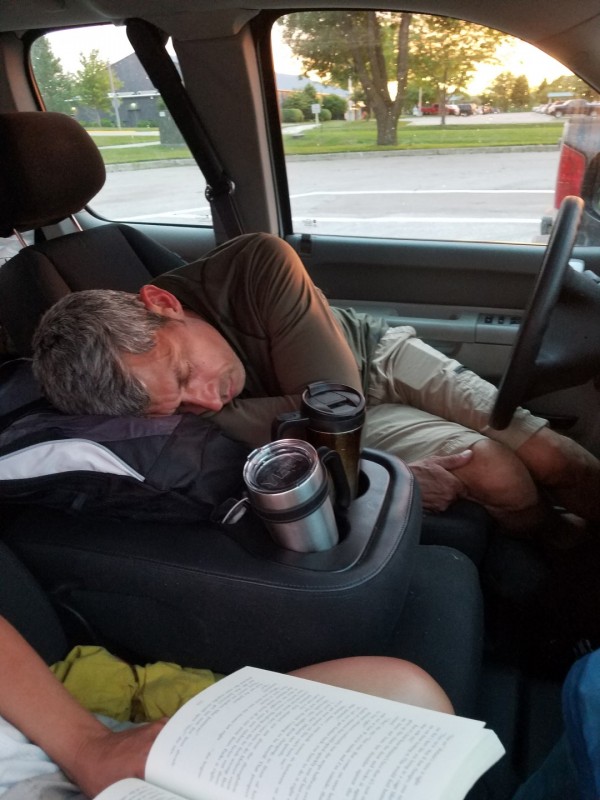 We were too tired to think after the race, or we would have gotten a team shot, but here is Danelle and I the next morning. 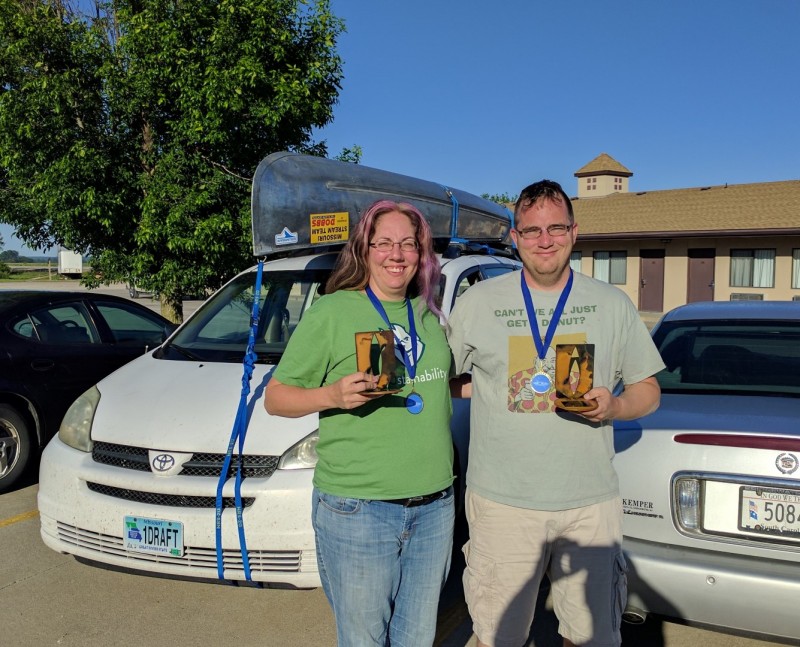 Another fantastic race in the books for us!