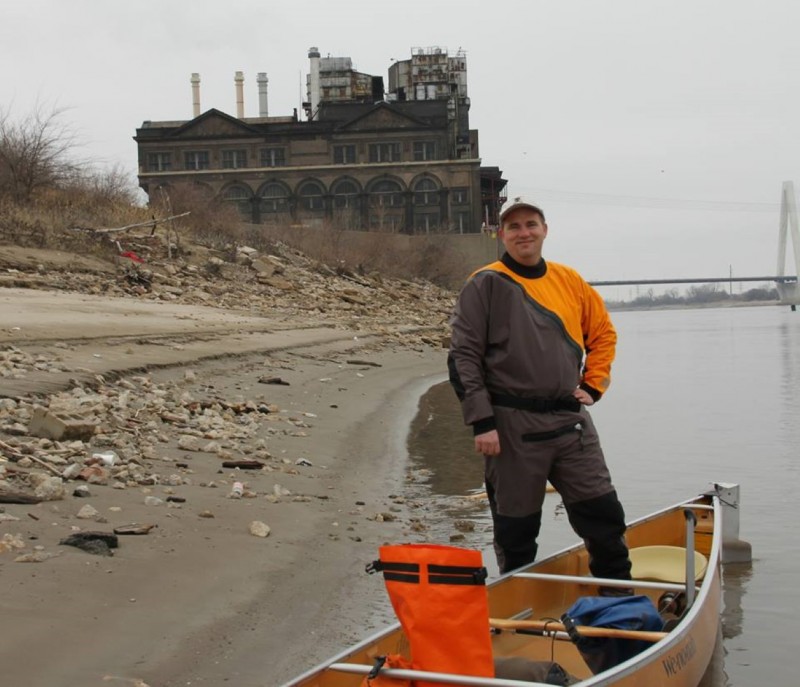 The Port of St. Louis is the third most busy inland port in the United States. I’ve seen it from land many times and paddled to the northern end of it, but never farther south than the Gateway Arch. That was about to change today. Its still spring break and the wife and kids are out of town. Andy wanted to paddle, so we met in the morning at the Flamm City ramp on the Meramec. I suggested we paddle the port and talked him into it. We ran back to his house to pick up his dry suit and then drove to downtown St. Louis to begin the adventure. 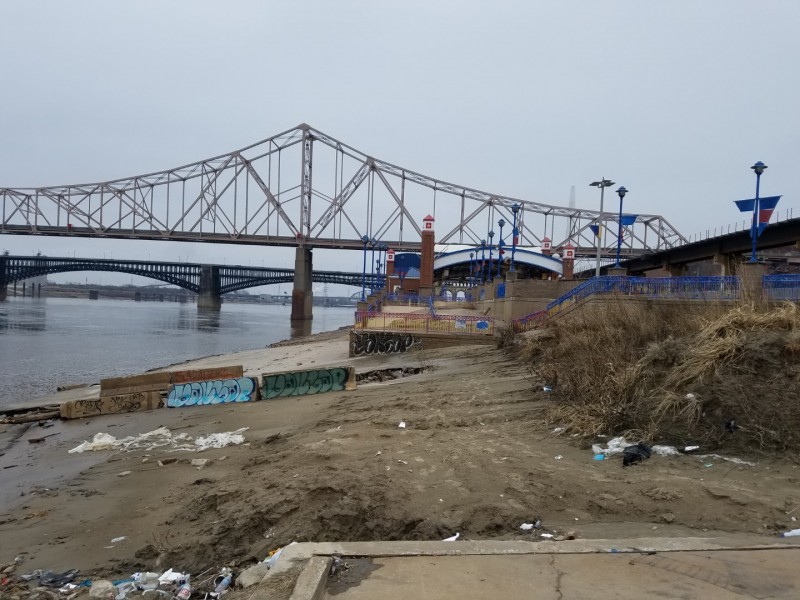 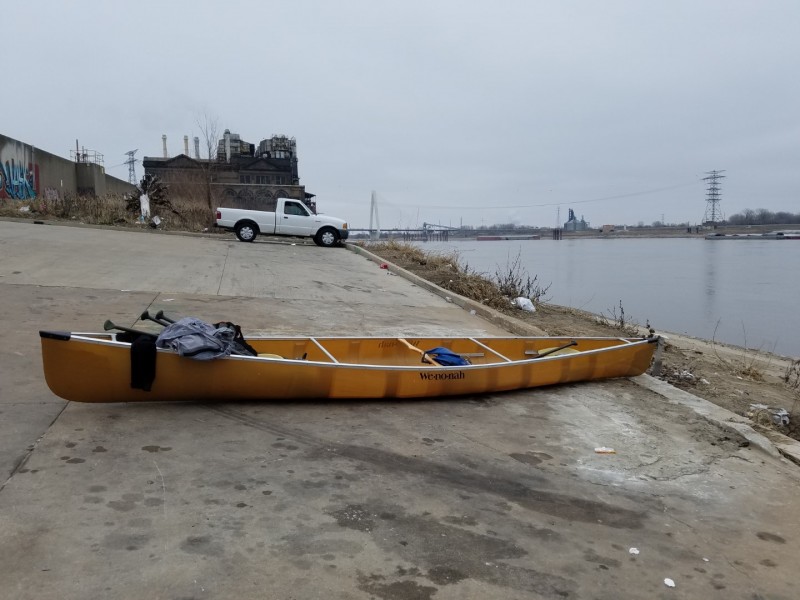 I was a bit ill prepared for the paddle, having forgot my PFD at home. Luck for us, Andy had an extra inflatable in his truck so we could continue our trip. After pushing off and by the arch, Andy said that there are few people he would do this with and trusted my skills. No pressure on me to not mess up, and I’m very glad his Minnesota II boat had a rudder on it.

Most of the river from the arch down had barges parked on both sides of the river, leaving no space to get out of trouble. I quickly realized that if we capsized, we would have to fix it without going to shore, something I have never practiced and should! There were a large number of tugs moving about, more than I have experienced in several years of paddling/racing on the Missouri River. When they passed, their waves bounced off the parked tugs and came back just as tough.

I didn’t feel comfortable taking my focus off paddling until the Jefferson Barracks (I-270 South) bridge which was at least half way through our paddle. At one point, I started to get motion sick and wasn’t sure if I could keep the boat upright as the water got quite rough. But it passed and eventually calmed down. 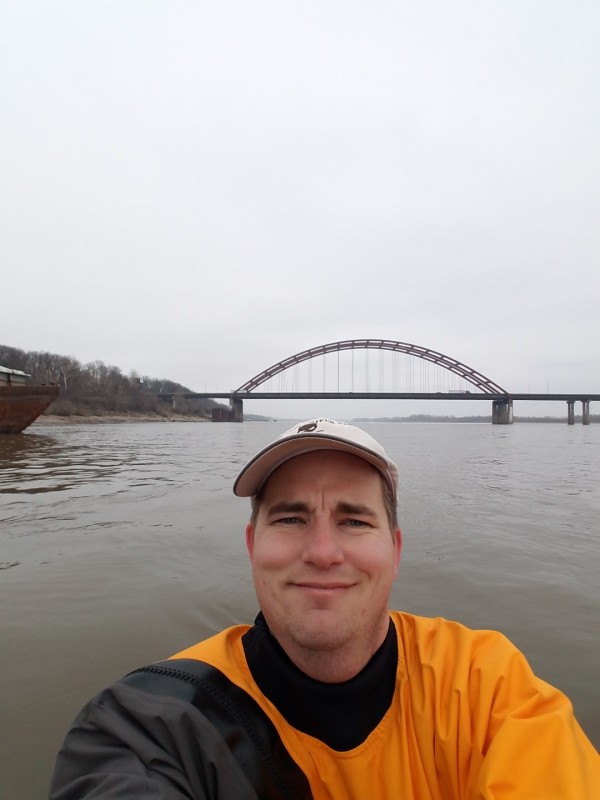 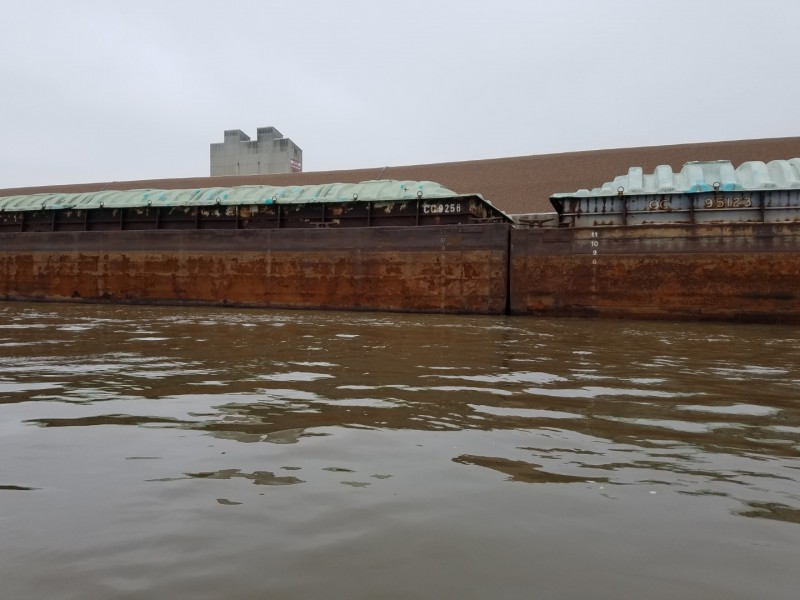 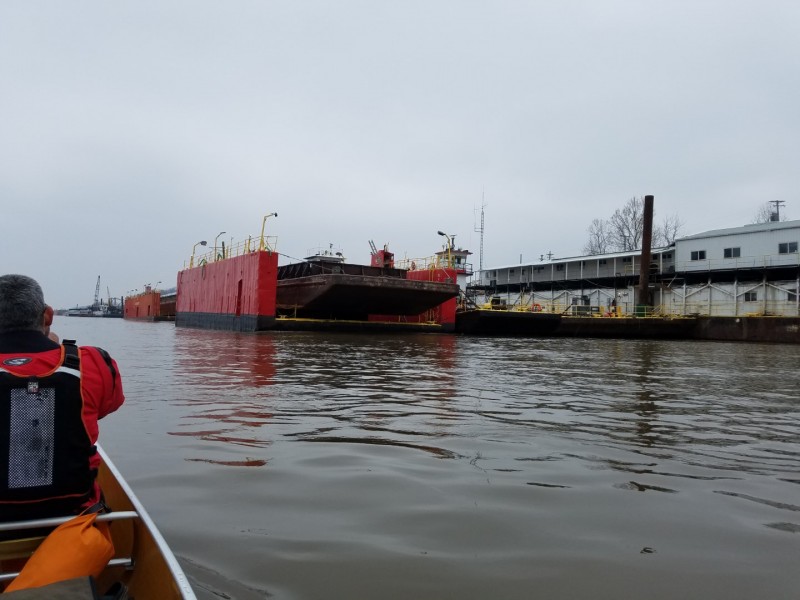 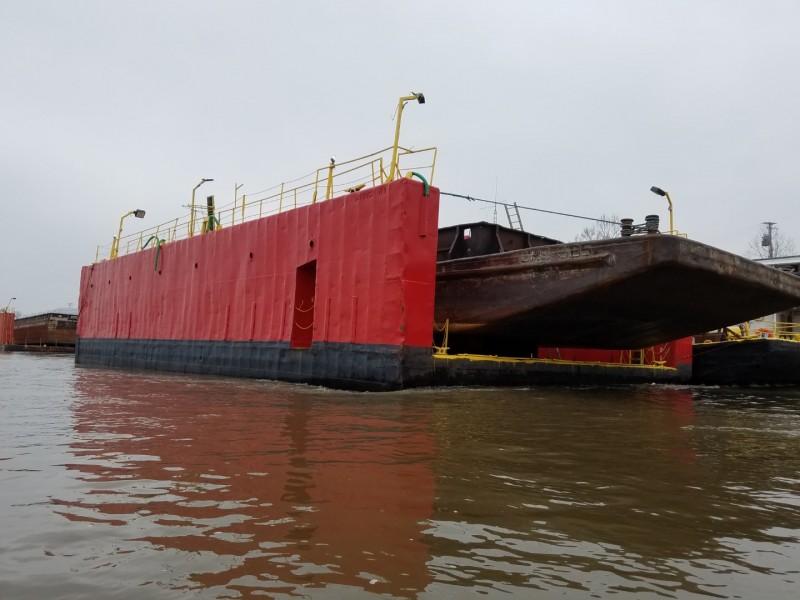 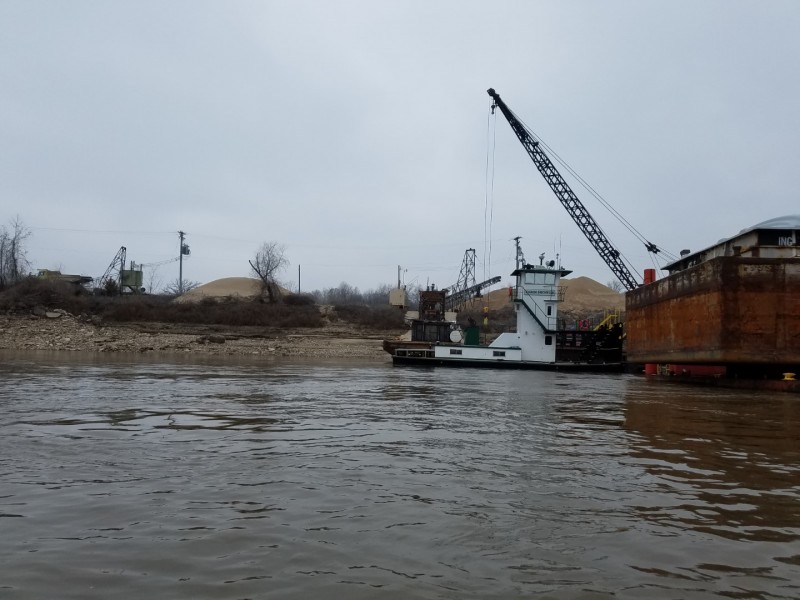 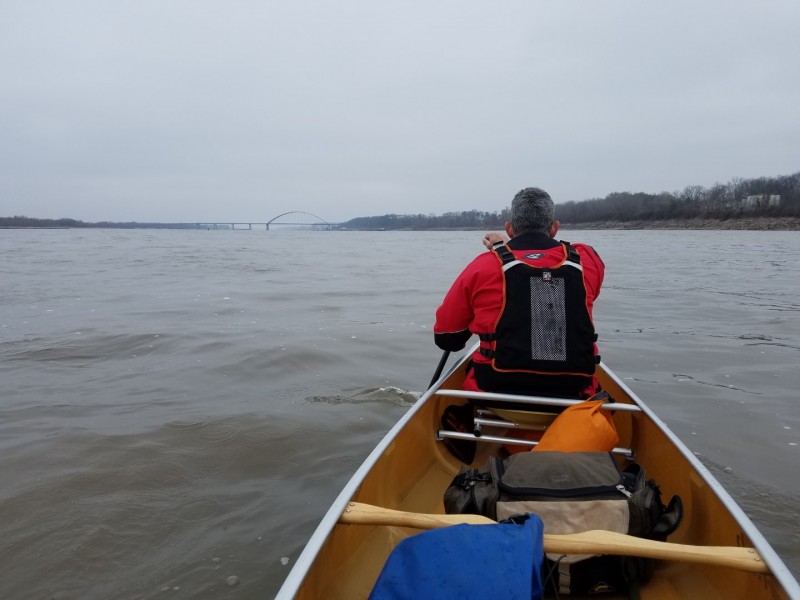 There is quite a bit of interesting industry on the river and houses to see on the edge. If you’re not on the water, you will miss it. Once south of the Jefferson Barracks bridge, the river got calm and the shores were not littered with barges. The river looked amazing and empty (the way we like it). At the confluence of the Meramec river, we paddled the 2 miles up to Flamm City access. 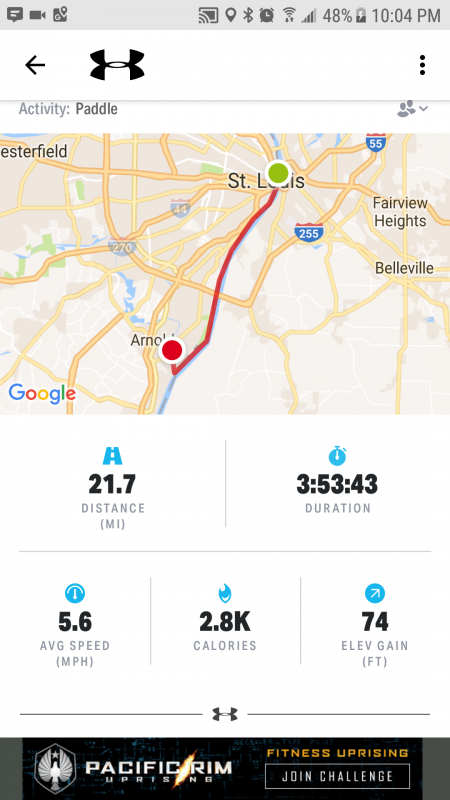 Its a paddle I would like to do again, but in my Kruger Cruiser for extra safety 🙂