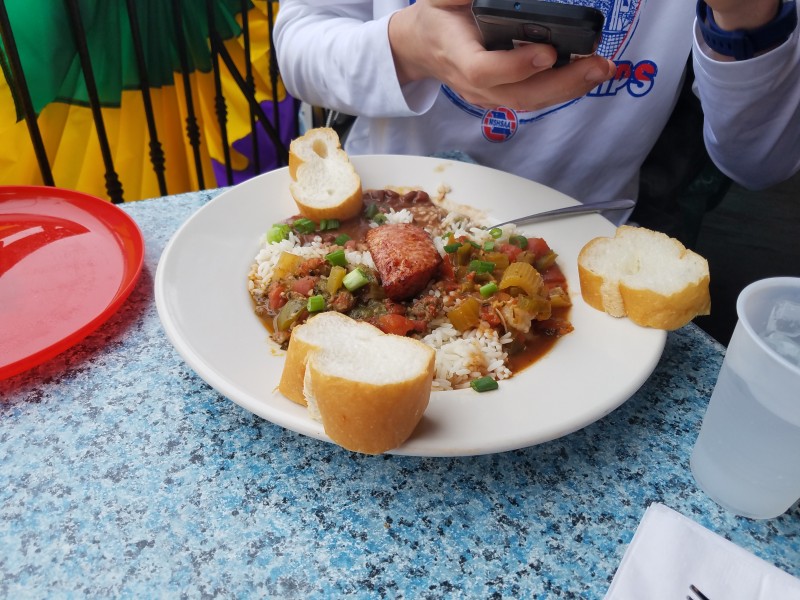 As part of our 48 Wheels unicycle trip, we ended up in the fine town of New Orleans. This city is very old and quite interesting. It started off with us trying to find a parking place. I didn’t realize during my planning that this was the weekend before Mardi Gras. There were already large parades and gatherings all over. Driving into the French Quarter was totally a mistake!

In an effort to park, I was driving my 1 week old Rav4 through a parking lot when Corvin directed me to re-loop the lot to exit out another place to get away. During that turn a sign stating “Nipple Glitter” fell on the car making the first scratch of my new car 🙁

Eventually we found a parking spot and walked back to the French Quarter and Burbon street. We had to walk around/through a parade to get there. Its hard to read Corvin’s response to it all as there was a lot to take in. Eventually, we sat down in an upstairs restaurant to get some local food. 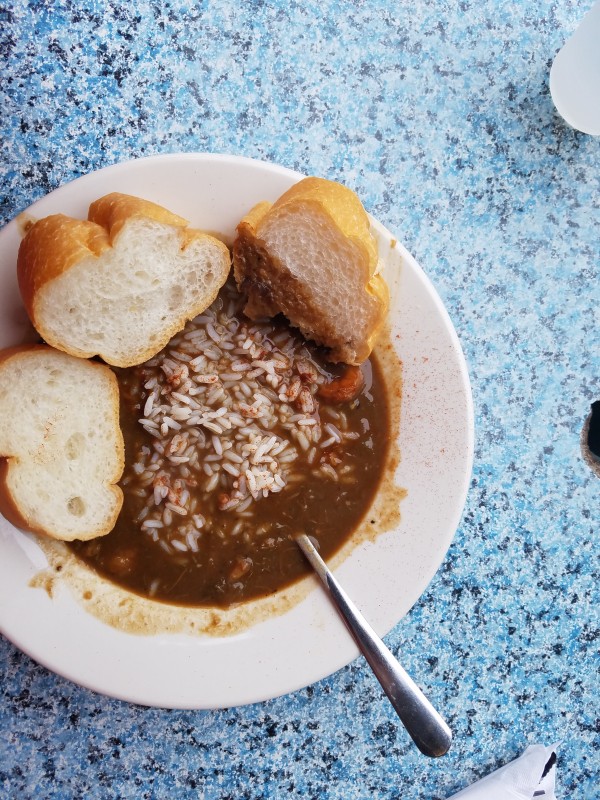 As we ate, we watched the street to see all of the people out and about. What we saw next, I can only describe as “Victor’s Angels”… 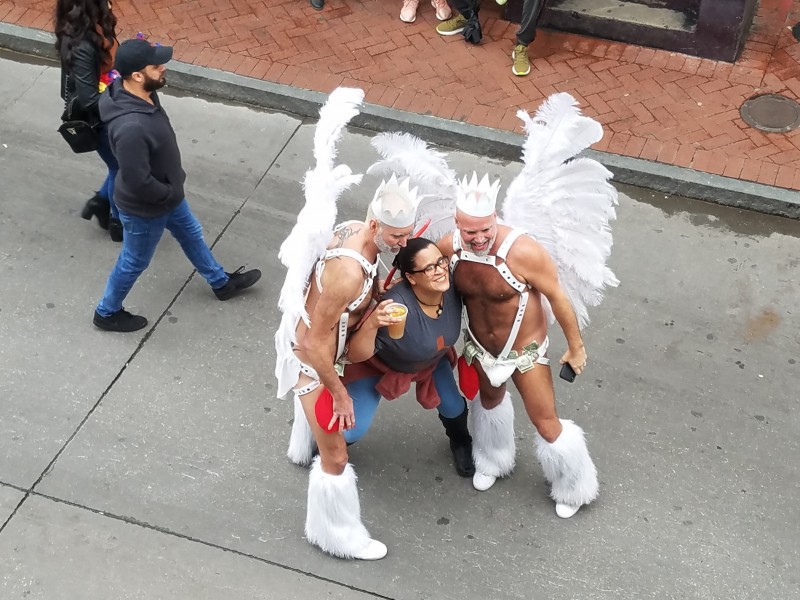 Eventually our meal finished and we walked back towards the car so we could get our Louisiana unicycle ride done. On the way, we saw one of my unlucky signs. 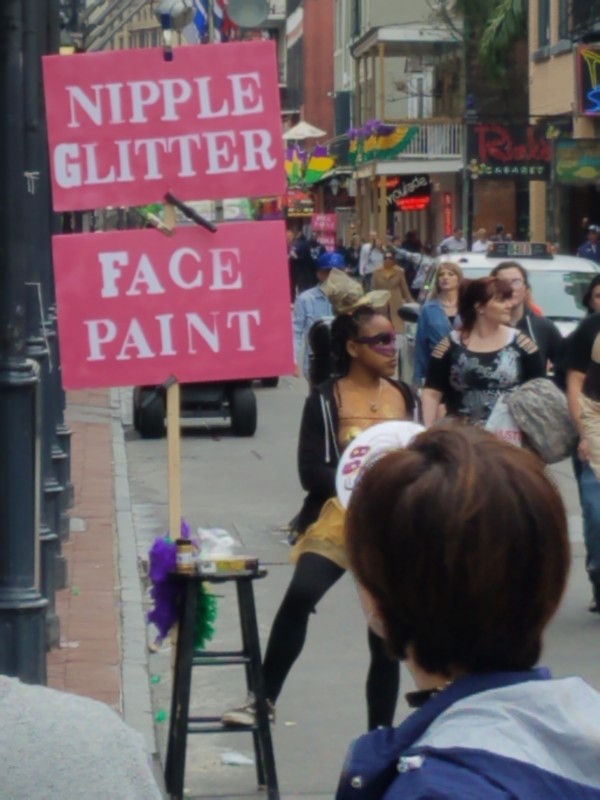 I tried to apply for a job, but was turned down because I was overqualified. 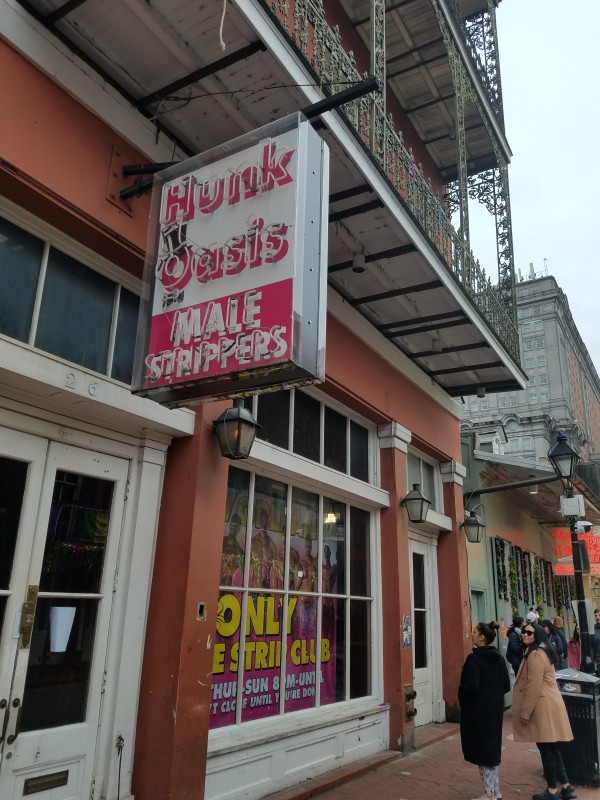 Our time came to an end and we did the responsible thing and went for our unicycle ride. It was nearly 9 years (minus 1 week) since I had last been in New Orleans and I hope I can visit again before 9 more years go by.