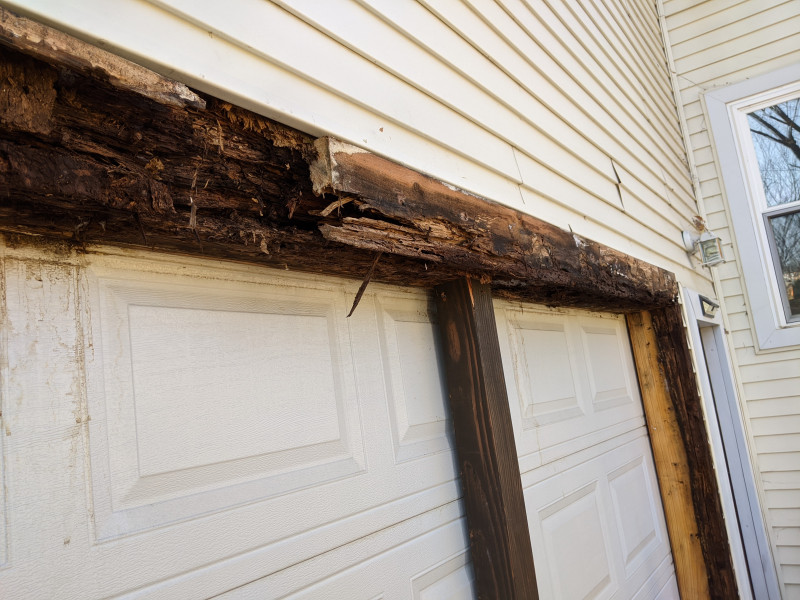 People have said many bad things about the year 2020. I could complain, but it would do no good. While out and about around my house this year, I noticed that some nails had come out of the siding on my house. I went to put them back in and realized that there was no resistance. This told me I had a serious wood rot problem.

I contacted several general contractors, ending up selecting Mark Engel of Renissance Properties. His initial assessment of the issue was that it wasn’t as bad as I thought and it may be able to be patched with metal plating. Here are some photos of the damage.

I’ve been told that this looks like a beef roast, but its just the rotten beam. 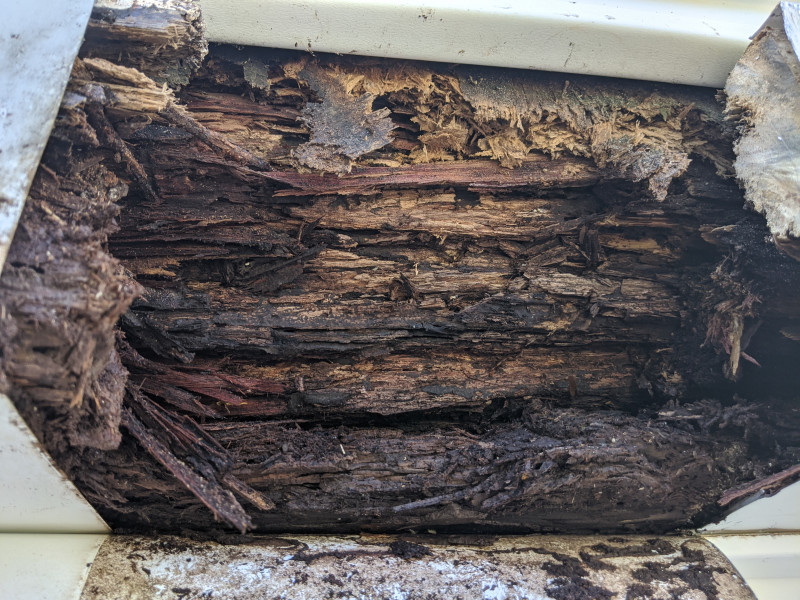 Here is the above photo from farther back. The contractor cut into the metal flashing to expose the damage and get a better feel for the damage. 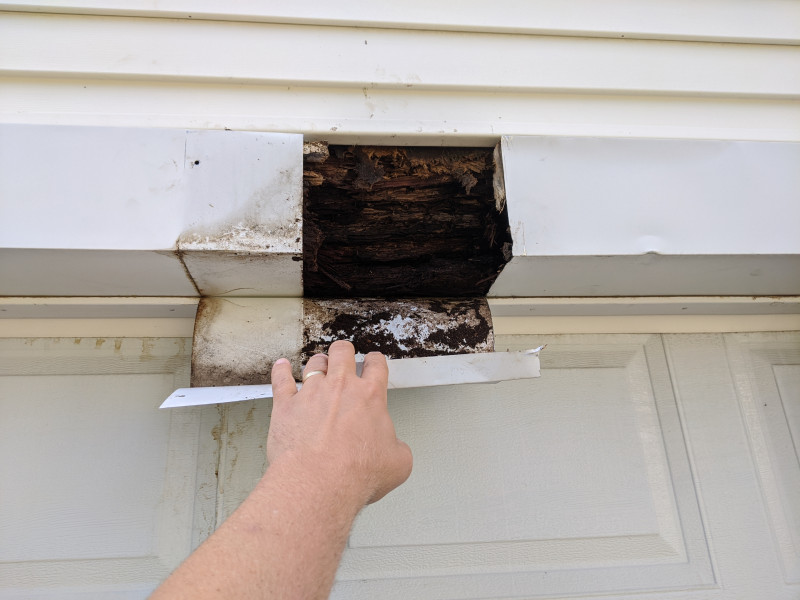 Once they started the repair, here is the full beam.

The carpenter told me that the builder of my house didn’t install the flashing correctly on the garage. Every time it rained, when water got to the top of the flashing, it was directed back onto the beam instead of out to the ground. This repair would remove the siding around the garage, brace the house, remove the huge beam, and replace it all, then install flashing that moved water away from the house.

The rotten beam, is the one holding up the house for the span of the garage. Right around 16 feet long, 16 inches tall, and 8 inches wide!  New beam being delivered! 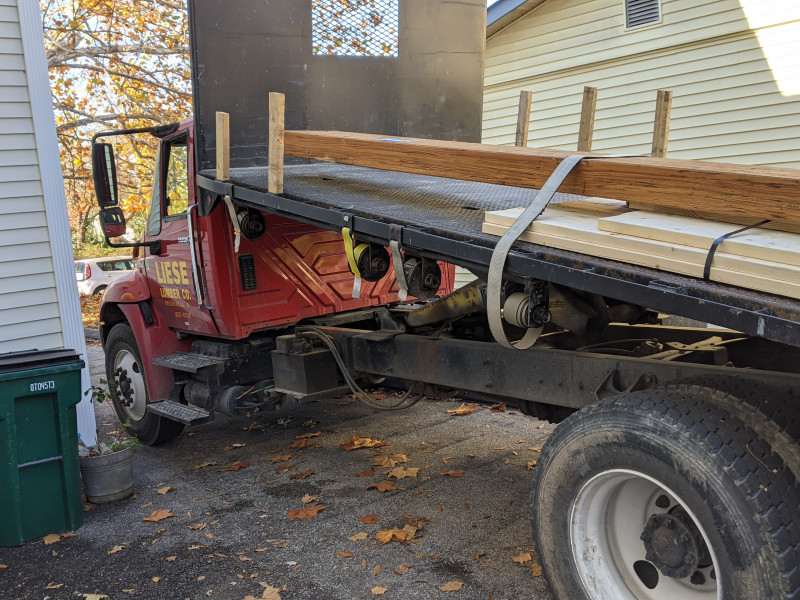 Anyway, all told, the damage ended up being almost $6,000 to repair 🙁 I have a stop motion video of the repair from the perspective of my neighbor’s downspout.

I’m glad its all fixed and the house is structurally sound again!