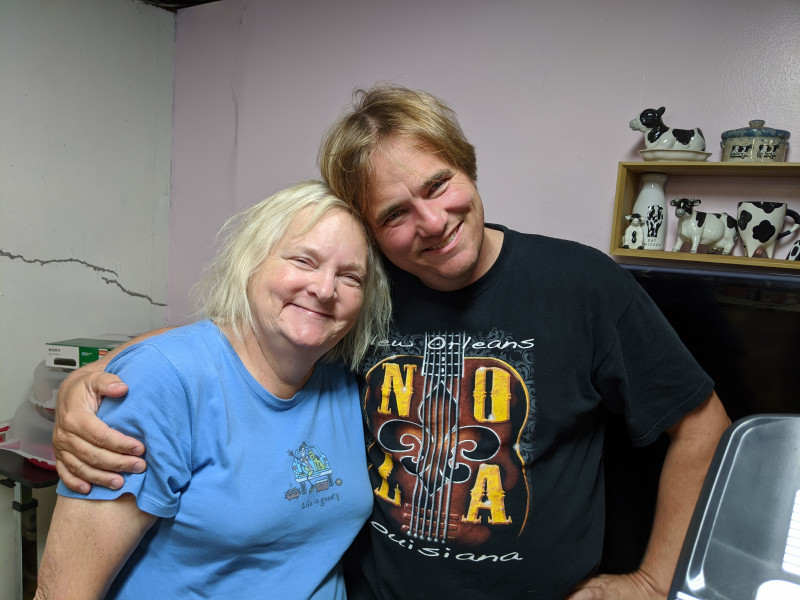 There was an upcoming kayak race, The Gritty on the Kansas River. Its a late season race and I was excited to see how I did in my new Epic V7. I called my dad to see if he could facilitate driving me out to the start and leaving a car for the finish since the race is in Kansas City. I’m always welcome to stay at their house, but they had plans that prevented mom and dad from helping me at the start. Lucky for me, I have lots of other family. My sister, Holly, lives about 10 minutes from the finish line of the race. I called her next and she was happy to put me up for the weekend and help me with race logistics!

Sonora wanted to get away from the normalcy of home and see some family. She joined me for the trip and was going to hang out with Holly and family while I was out racing. It was settled and we headed into KC on Friday night for the Saturday morning race. Of course we spent too much time hanging out and I didn’t end up getting to bed till around midnight. Just the same it was amazing hanging out with Holly and family.  Sonora didn’t mind one bit!

First thing Saturday morning, Sonora, Holly, and I were out the door headed with 2 cars first to the finish line of the race. From there, we would ride together to the start in Lawrence, KS. Being an over-achiever, I got to the start about an hour early and moped about until it was closer to the start of the race. I had the water bag on the boat and I was ready to go!

Being a smaller race, there were only 19 boats out there. Just the same, I found one other V7 and I wanted to beat.I had high hopes even though it was my first race greater than a 5K in this boat. Also note in the photo below, I’m wearing a mask for COVID safety. 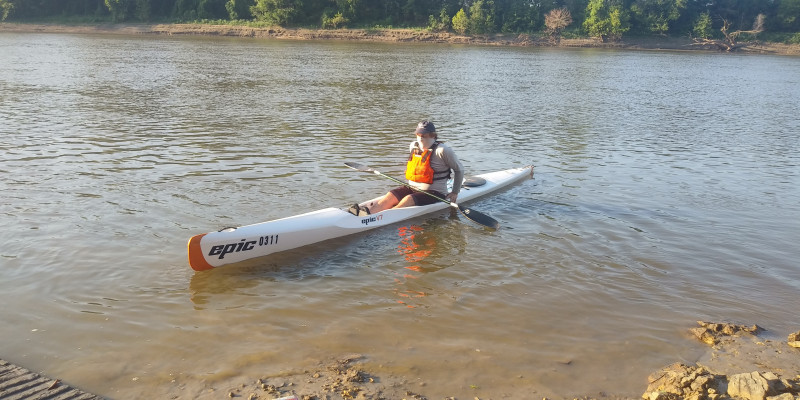 Even being a smaller boat, I was looking forward to the competition and there were some fast boats out there and faster paddlers! 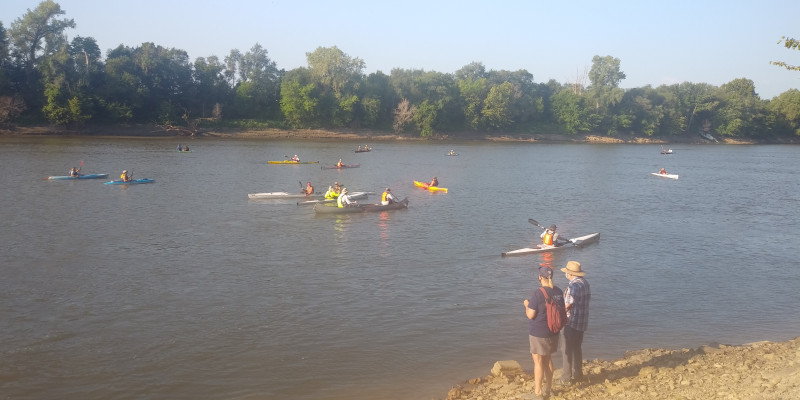 The race was a big learning experience for me. I was out on the water for over 6 hours and I ran out of water with about 2 hours to go. I couldn’t open beef jerky sticks with my wet hands. I finally bit through the stick in the middle to get any out. I was uncomfortable in the seat after about 3 hours. Somewhere around the 20 mile mark, fellow racer Michael White was chatting with me when I expressed my discomfort and thoughts of quitting. He happily handed me his seat pad and said to keep at it. That made a huge difference in my ability to finish the race.  I also wasn’t fit enough to be in the V7 this long. My core muscles were on fire after I finished the race!

I called Holly when I finished the race and sounded so bad, she and Jim came out to the finish to take care of me and drive me back to their house. The rest of Saturday is a bit of a blur of pain and Ibuprofen. Of course her amazing kids still wanted to play/rough house with me. I did my best to keep them happy while not falling apart!

Video of the race start

While the race was going on, Sonora went swimming and played with Lindsay and David! 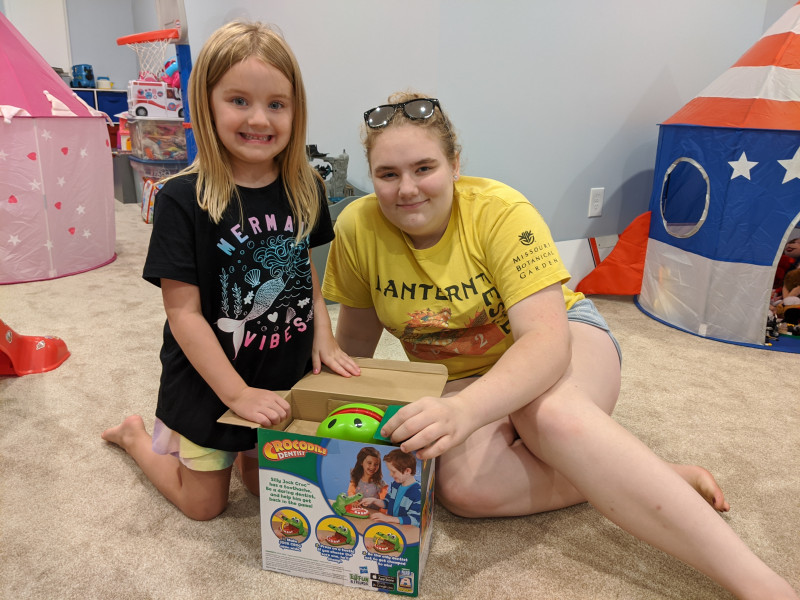 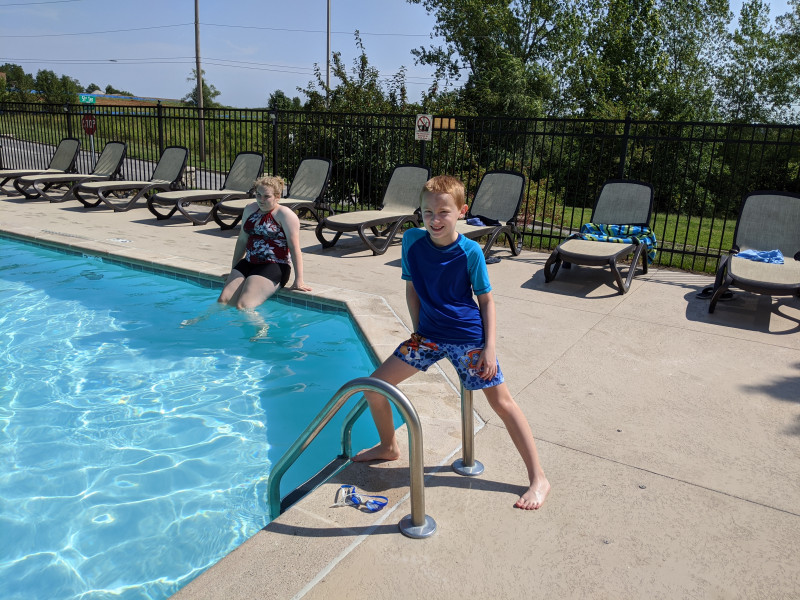 Of course, it wouldn’t be KC if I didn’t make a visit to my parents. We all headed over to hang out. Mom showed me her garden and the giant spider hanging out! Its actually a good one 🙂 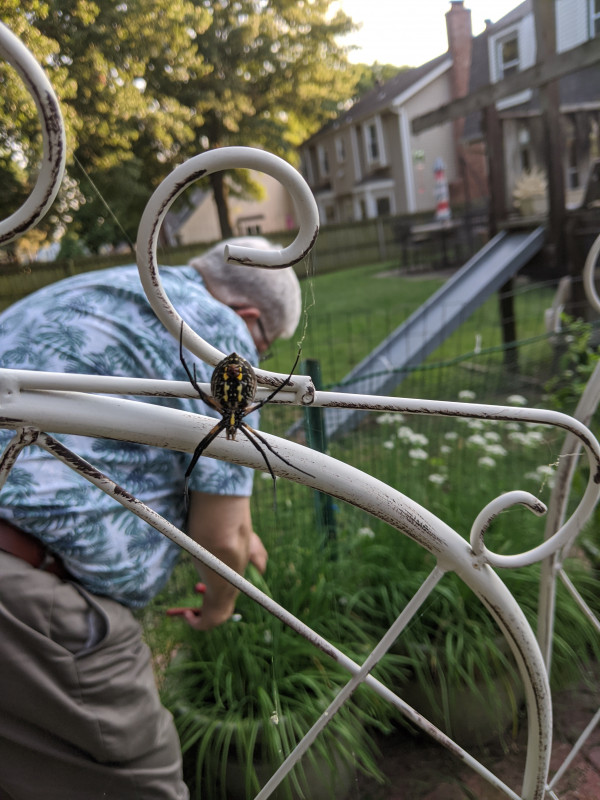 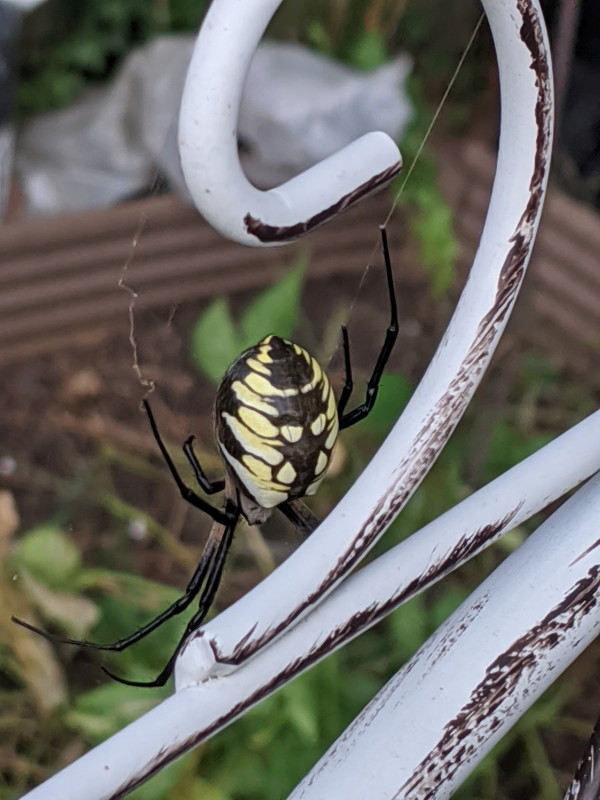 We managed to play dolls. 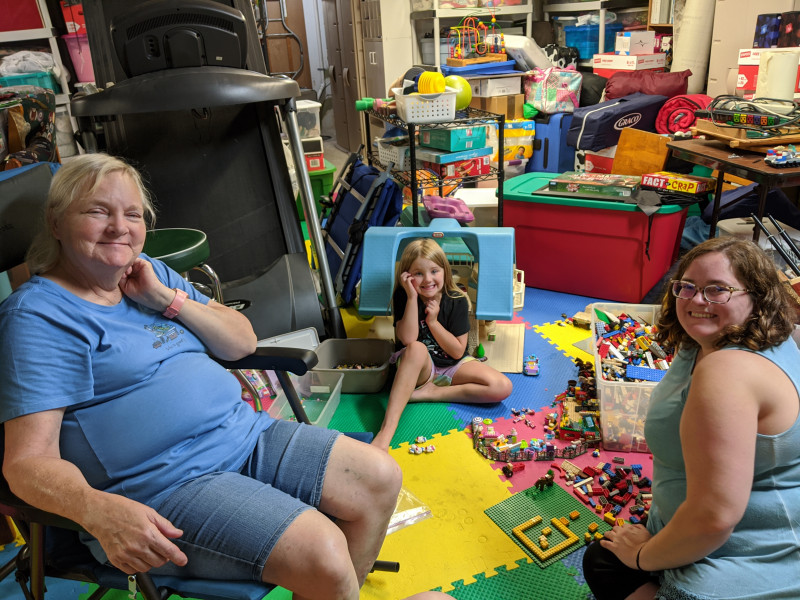 Got a crazy shot of a few of us. 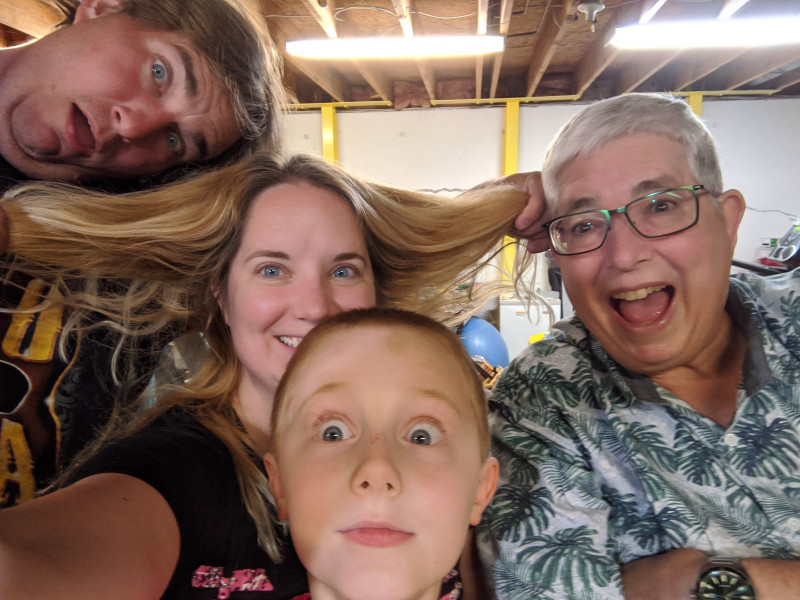 And some teasing while playing pool! 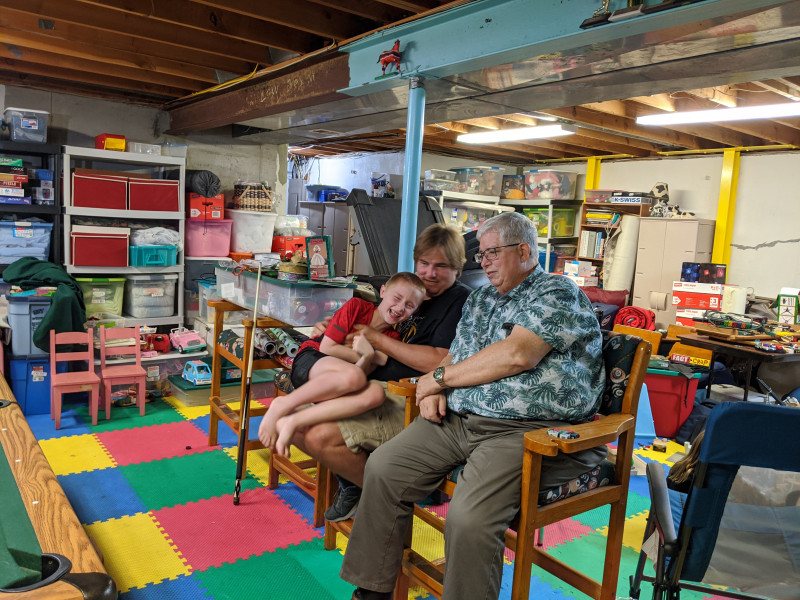 This weekend race had everything I need in my life (except for Danelle and Corvin who stayed at home), family and boats!