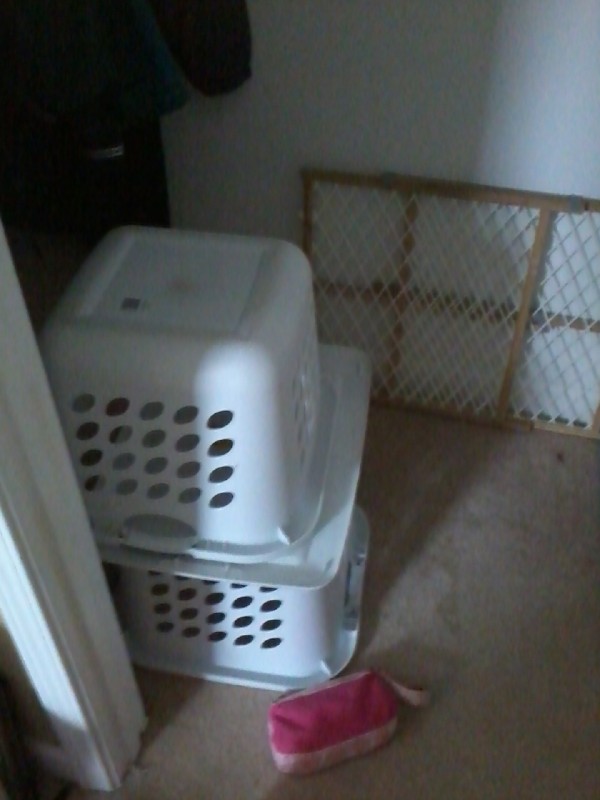 This month had many funny and not so funny things with the kids. Corvin is getting bigger and trying to do anything to be helpful or explore his surroundings. I heard a noise in the house and went searching to see the source of it. I found Corvin in the hall with a guilty look on his face. He would not reveal what he was doing, so I started searching. What I found scared me and made me laugh at the same time. Corvin was trying to climb into the attic by stacking laundry baskets to make a ladder for himself!

I later found one of the spindles of the stairs broken. It took some work to get him to admit that they broke it, but he did. Both of the kids have a habit of holding to the spindles to “climb” up the stairs. 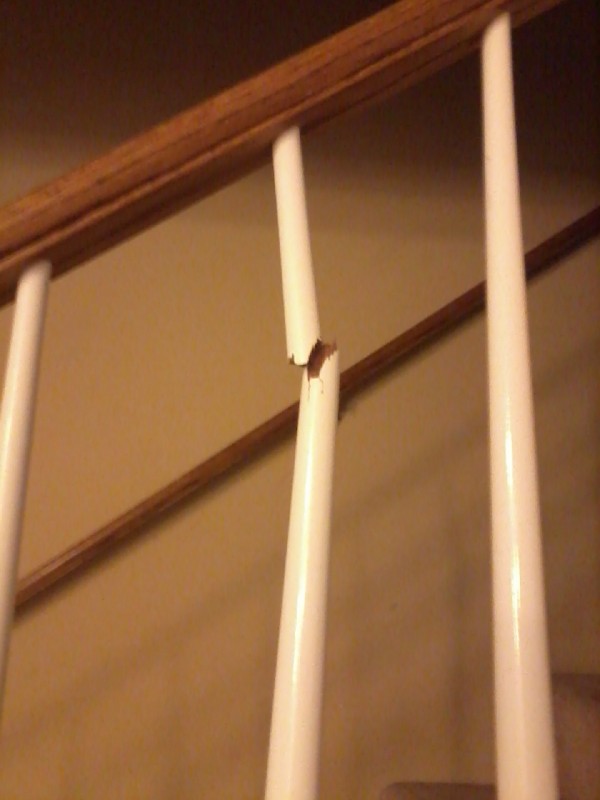 We had snow, and Danelle made the best of it with the kids. She put food coloring inside of a spray bottle and had the kids spray shapes and color into the snow. It was a great idea that kept the kids busy for quite a while. 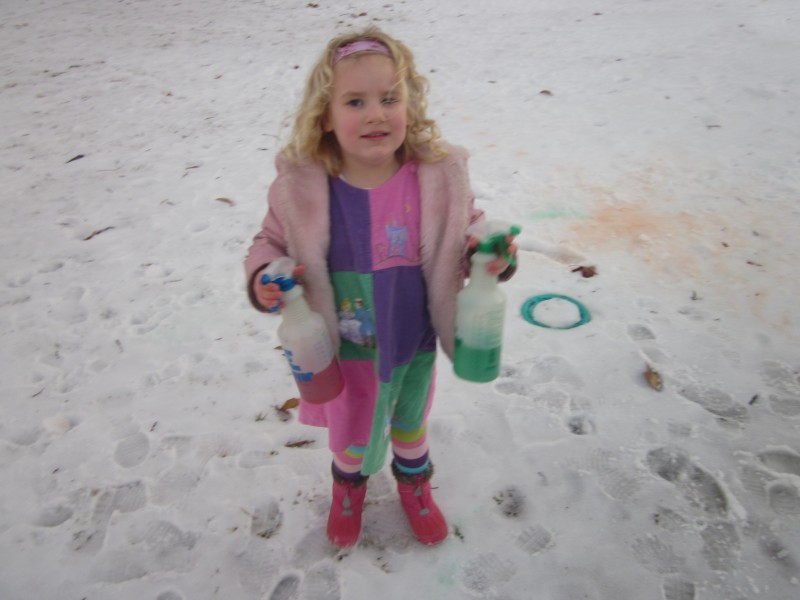 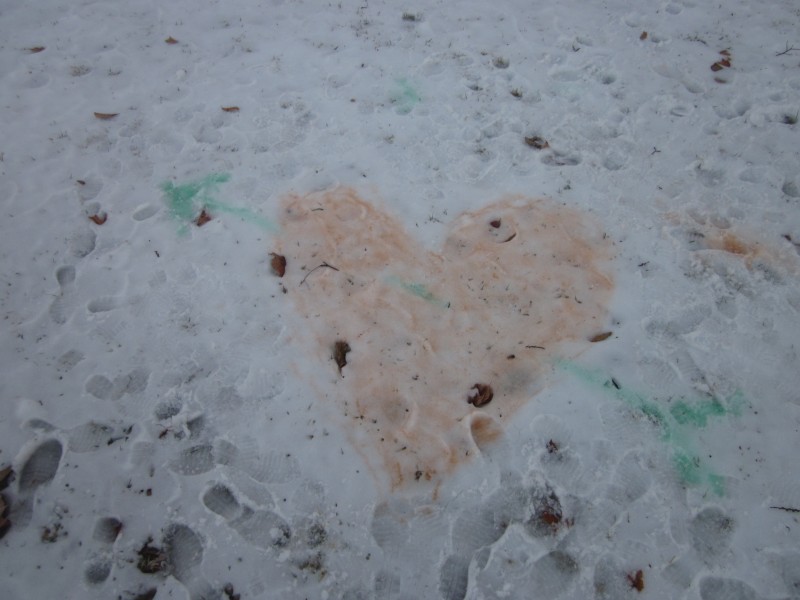