Today was an early day. We needed to get to the Whitewater place by 10 am and it was about an hour and a half drive to the north. Hogan, Danelle, and a a few others were awake before 7am. By 8am, the 9 of us going on the trip were loading into the car. We thought we needed our own shoes, for the rafting trip, so we had to stop for Bob to get a pair.

We made it to the rafting place with plenty of time to spare. On the way, we had been slowed by a group of bison, two of them in the road, two fighting on the shoulder, and several others standing aside. They were not too much in the way, so we were not slowed much. Then we came upon the river we would float and saw that it was rather small. It got progressively wider, faster, and more difficult-looking. The last mile or so looked a bight frightening…

When we got there (about 20 mins early), we paid. Then we proceeded to get our wet suits, booties, fleece jacket, and a waterproof other shell jacket. We quickly dressed and geared up with PFD (personal flotation devices or life jackets), helmets, and then waited for other rafters to get ready. There were about 30 rafters and 6 guides. When everyone was ready, we all loaded into a school bus with one raft on top and five rafts stacked behind it on a trailer. 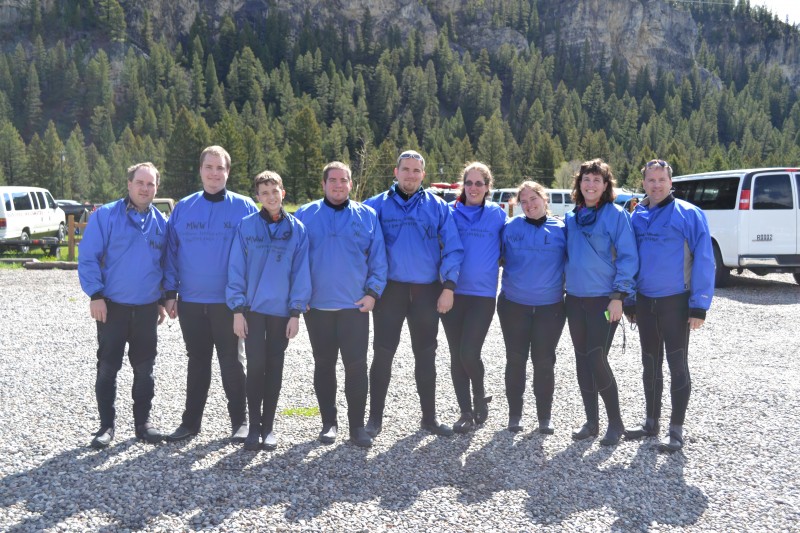 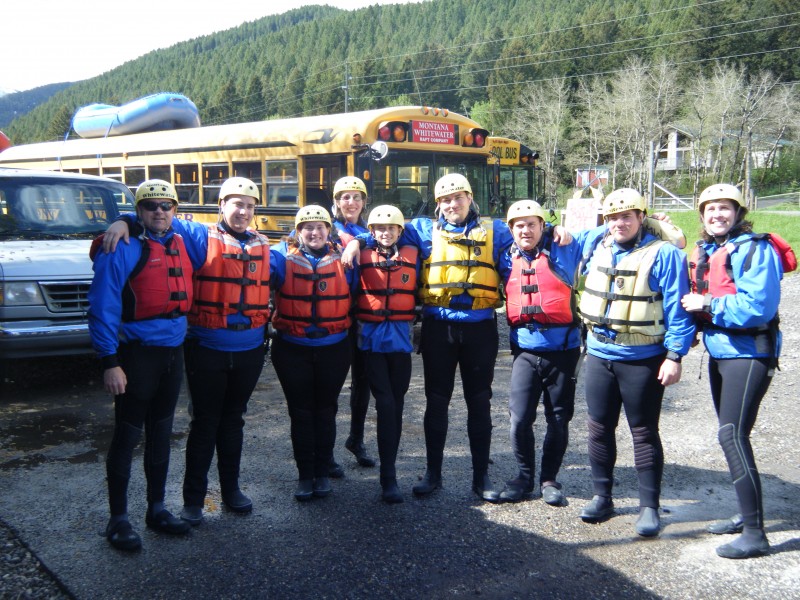 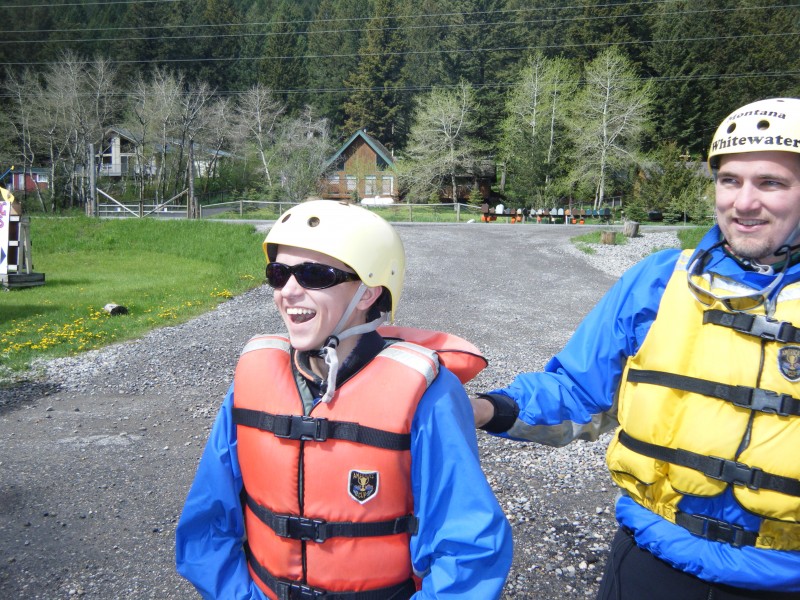 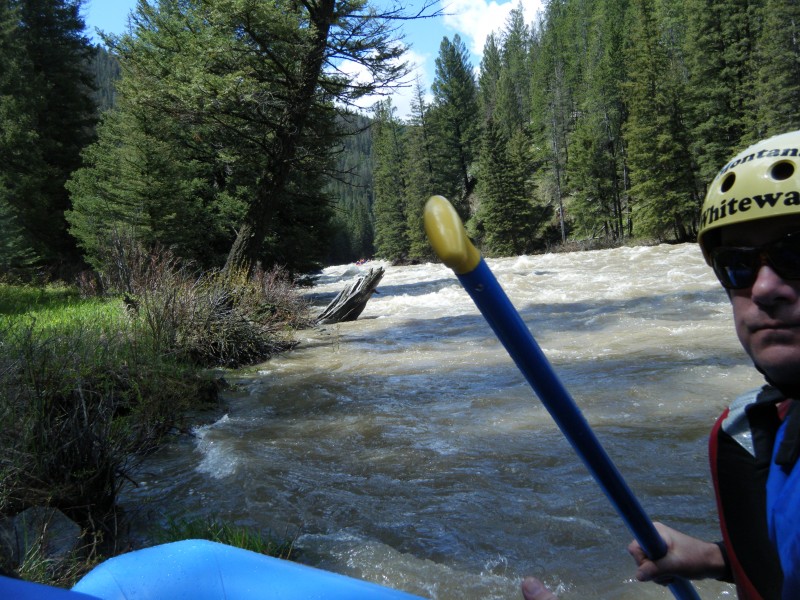 There was about a ten mile upstream ride to the put in. We unloaded and got our paddles and listened to safety instructions. Our family was split into 5 Haakes and 4 Bryants. Herman and Henry were in the front of our raft. Hannah was behind Herman and Hogan was behind Henry. Danelle was behind Hannah and our guide, Jeremy, was in the very back. She was a fun guide and very talkative. Everyone had a blast on the trip. We were all cold and soaked at the end. During the trip, we endured about a 5 minute rain storm. 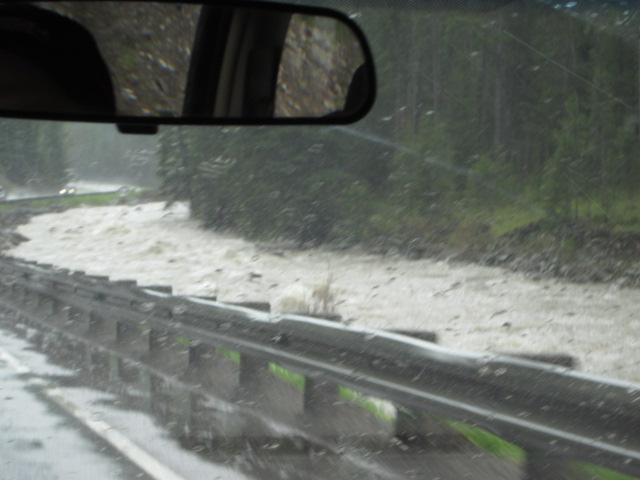 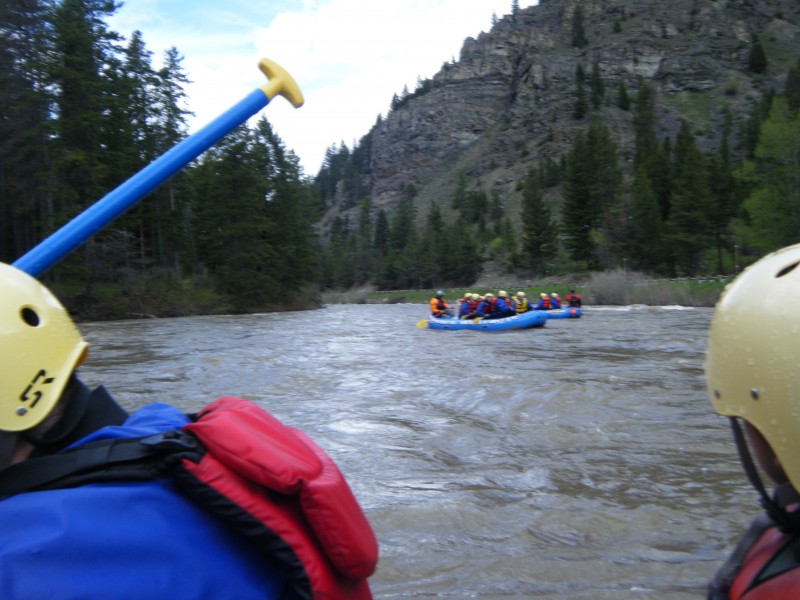 After we were done, we rode the bus again the last mile to the Montana Whitewater Rafting place. We changed into our clothes and looked at the photos they took of us. Tom, Kathy, Bob, and Matt bought their photos. Then we went into Big Sky, Montana to get some lunch. We found a place called Choppers. Its a bar and grill with a motorcycle theme. Oddly enough, it was Danelle who picked it, thought the boys didn’t object to a car and sports themed place. The onion rings were yummy. Henry and Herman each got “The Hog” which was two 1/2 pound burgers stacked on one bun. Herman finished his with much encouragement, but regretted it later for being so full.

Meanwhile, Dan and Pat spent the day with Corvin, Sonora, and Lauren. They visited the park about a block from the house and went to McDonald’s for lunch. There was shopping. Corvin got an ice cream bar and Sonora got a mini Magna doodle board. The kids said they had a fun day! 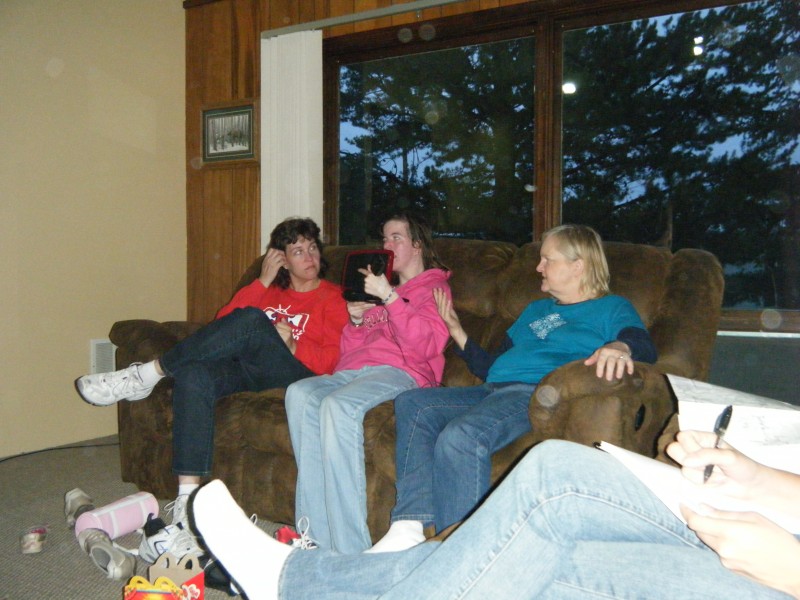 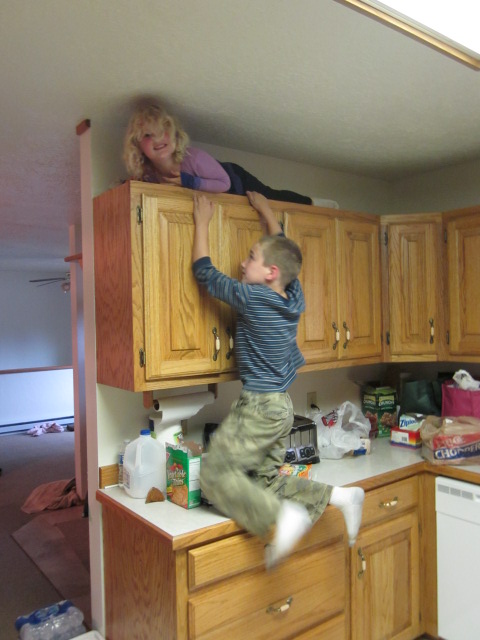 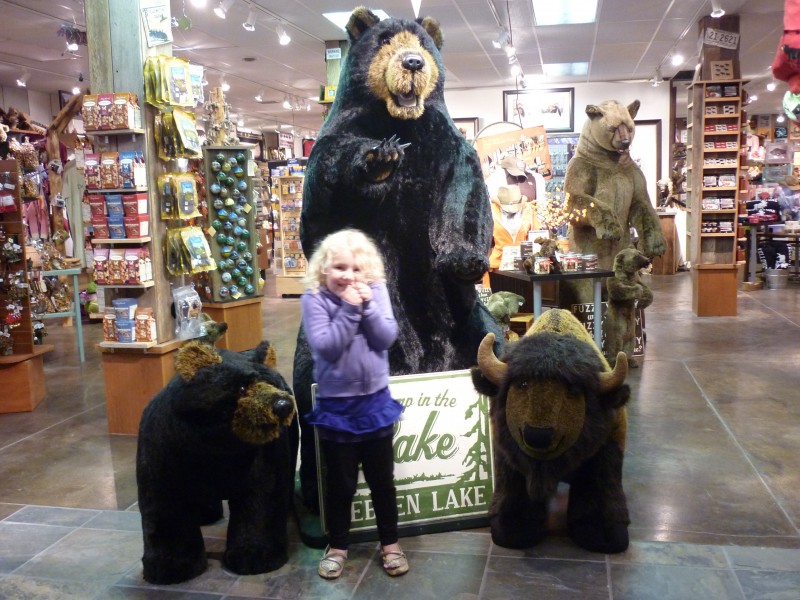 For the rest of the evening, we mostly just relaxed. Many naps were taken while others watched cartoons. Dan and Pat made a pasta dinner. After the STL Haakes went to bed, several others stayed up to watch a lovely film called “Bikini Chain Gang”. We were sad that we missed such a classy film.