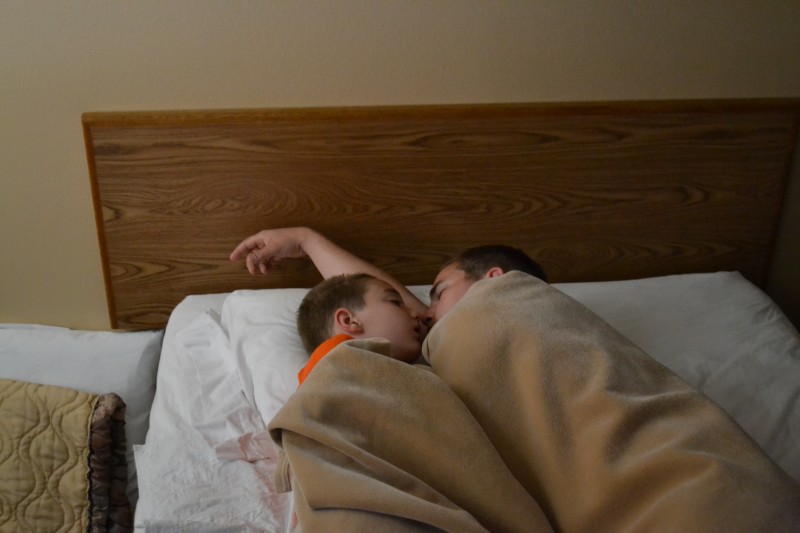 We all took turns at the enormous continental breakfast (OK, so it was super tiny). We packed up and hit the road to Devil’s Tower. on the way, we saw a couple of prairie dog towns.

At Devil’s Tower, Hogan, Danelle, Corvin, Sonora, Hannah, Bob, Tom, Matt, and Herman climbed up the boulders as far as you can go without registering. We arranged ourselves at the top and yelled “cheese” for Kathy to take pictures of us. I think we could be heard through much of the park. Lauren was worried about us the whole time we were up the boulders. Danelle and Sonora 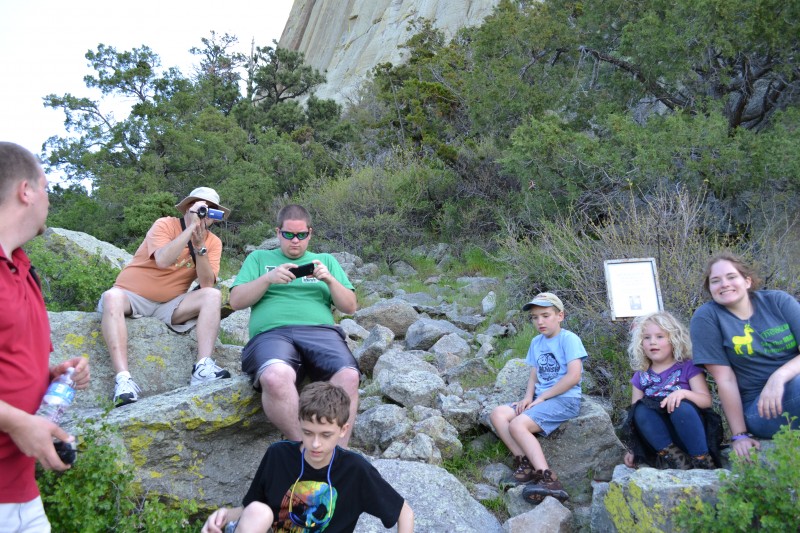 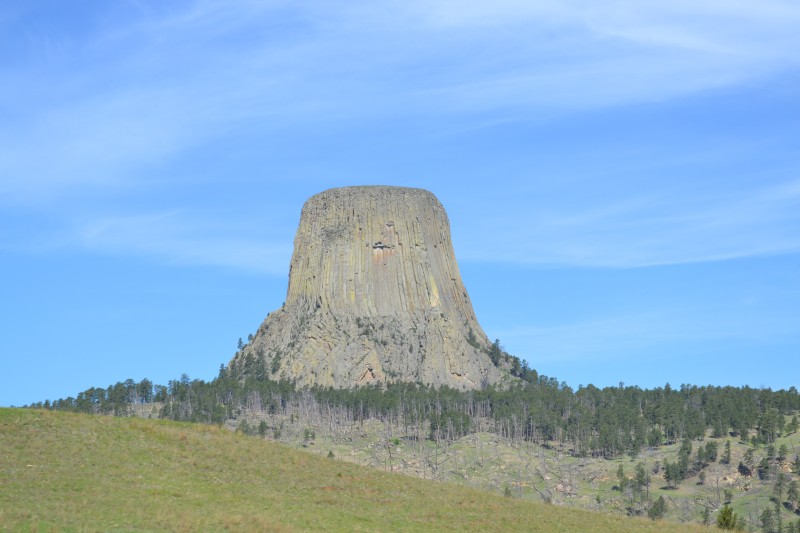 went up together; Hogan was with Hannah; Corvin and Matt were with Herman. On the way down, Corvin was in the lead with Danelle. He was too impatient to wait. Corvin and Sonora were like the goats climbing up the boulders. 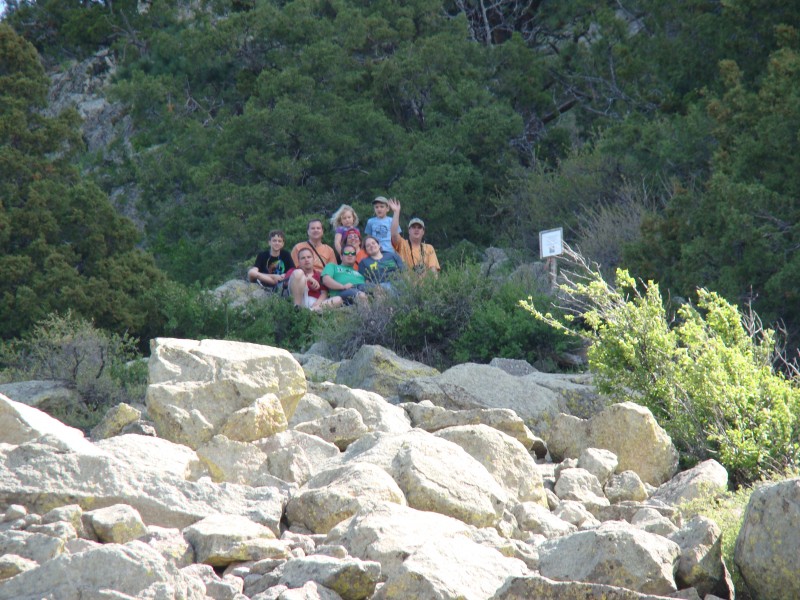 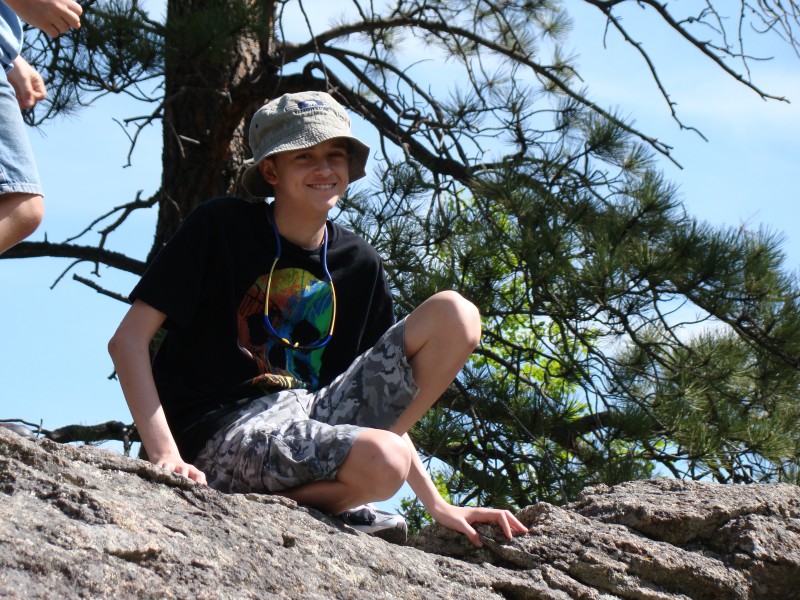 After the climb, we all walked around the tower, though in different groups and at different speeds. Corvin had our old camera for about half of the walk around. He takes such awesome pictures! 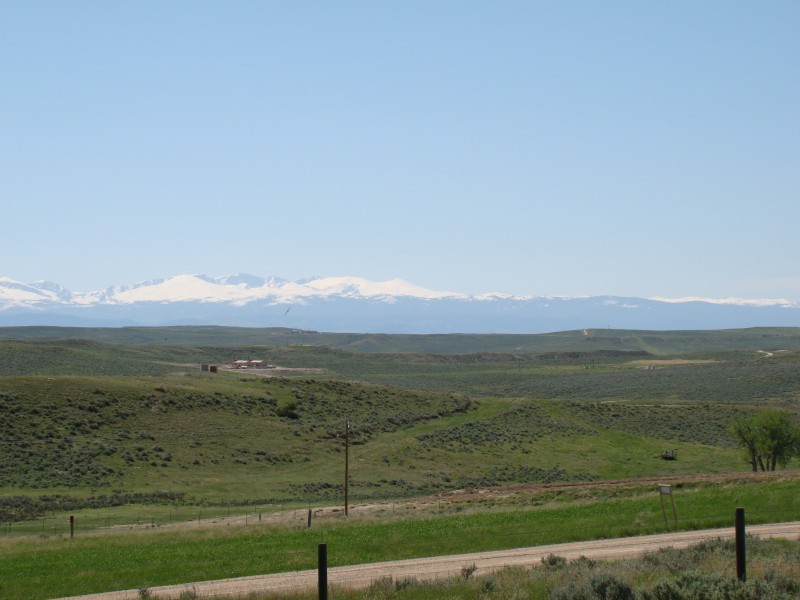 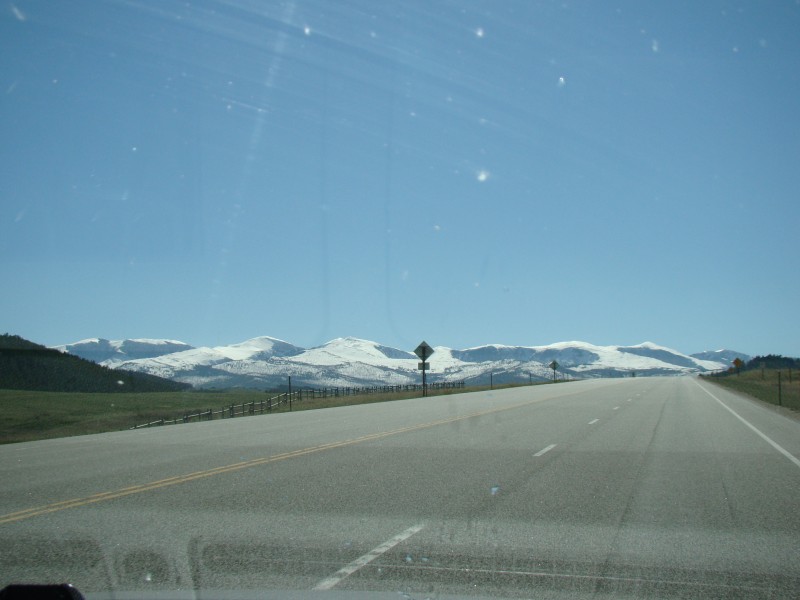 After the tower, we were on our way again. When Hogan saw one of the famous Wyoming wide-open straightaways, he let the others get a bit ahead and set a personal best speed in the van… 105mph according to the GPS. he was so proud that the next time we had a cell signal, he called Hiatt to share the news.

We stopped for lunch at a Subway right around 1:00pm. they had just gotten their power back on. it has been out since noon. i think half of the town was in line ahead of us. Speaking of lines, at our next stop, the gas station only had one unisex bathroom stall. That slowed us down a bit!

And while we’re talking about slowing down, Tom needed to take his foot off the gas a bit, particularly when the Highway Patrol officer pulled him over. The officer was kind enough to just warn him. The lead foot may have been inspired by a GPS detour that ended up taking us north when we wanted go west. The Haake (KC) GPS told them to turn, so they did. After a couple of miles, Tom and Bob realized almost simultaneously that we needed to turn around. We tried to get Herman’s attention (honking and flashing headlights), but to no avail. About 2 miles later after a second burst of 100 plus mph speed, we finally passed them and got them to pull over.

Our dinner stop was at Cody, very near the East gate to Yellowstone. Due to risk of avalanche, the gate was only open from 8 pm to 10 am, so getting there at 8:30 pm was sort of the plan. We stopped for dinner at an Italian place. 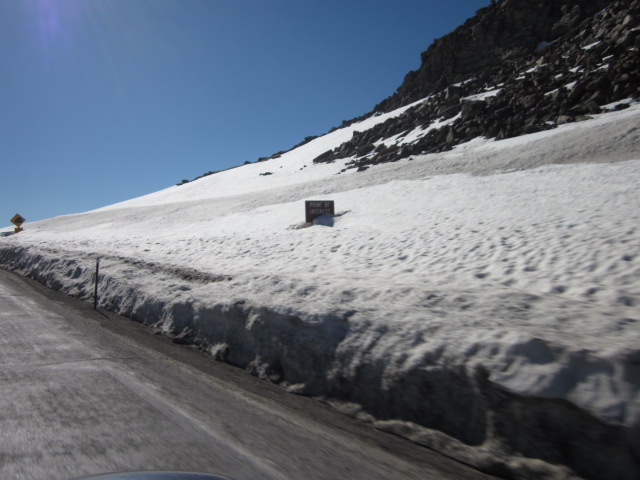 The final leg of our journey for the day was interesting. it was completely dark by the time we got into Yellowstone. It was almost immediately apparent why they had limited travel to after sunset. The snow along the road as up to 15 feet tall. We can only imagine the depth further up the slope. In a few spots, rocks had fallen into the road. Several deer were alongside the road before we entered the park. In the midst of the park, the lake was not frozen, so it reflected the crescent moon beautifully. It was very very dark out. The conditions were perfect for stargazing, except that we were not supposed to leave the cars. Then we past the area with rising stream. For a while before this, we had smelled sulfur. Hogan said, “Whew, that smells!” Immediately, Tom said over the radio, “It wasn’t me…”. Gotta love that timing!!!