This morning, we did our first load of travel laundry. The lodge is very nice; too bad its stuck in the midst of a bunch of farm fields with a busy-ish highway on each side. It makes it a bit difficult to appreciate the scenery and bird calls when another pickup truck comes by every 20 seconds. I could see Uncle Gene’s home being converted to something like this — more for family gatherings than a hunting lodge, but perhaps the hunting there is better than I realize. 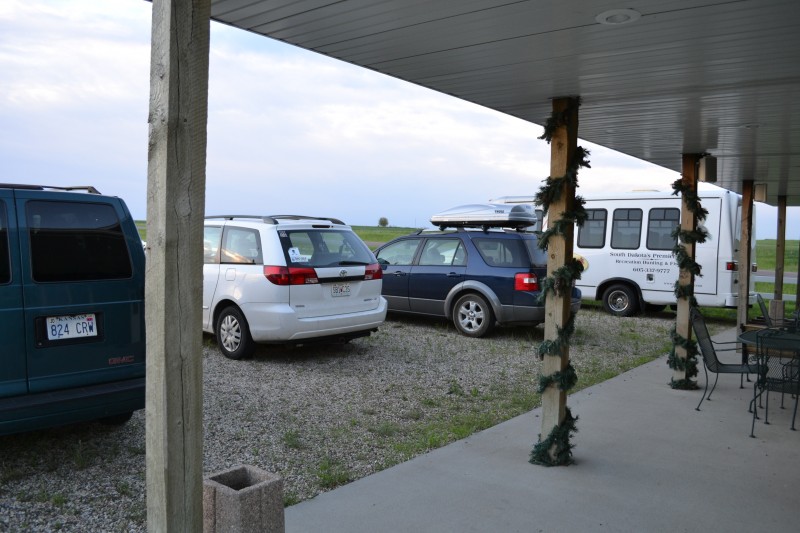 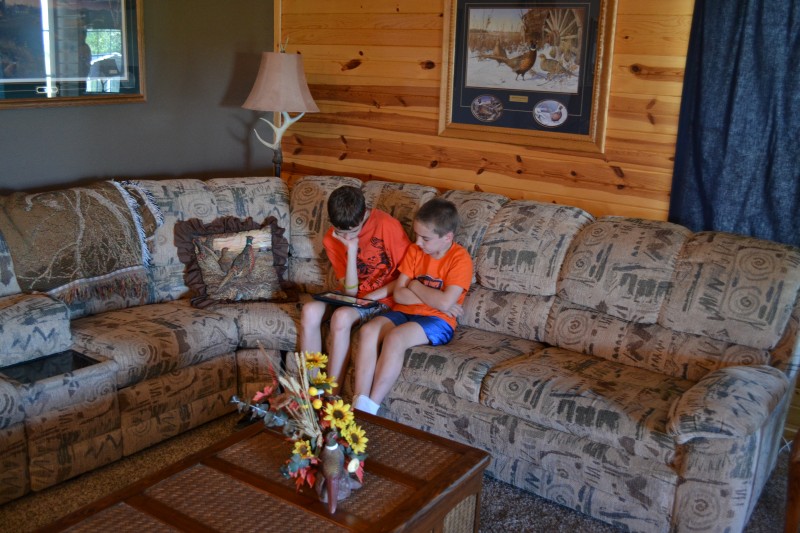 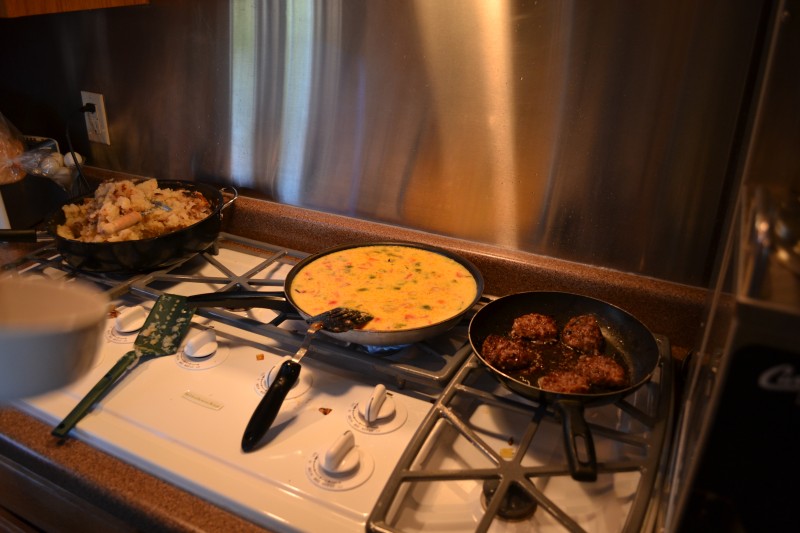 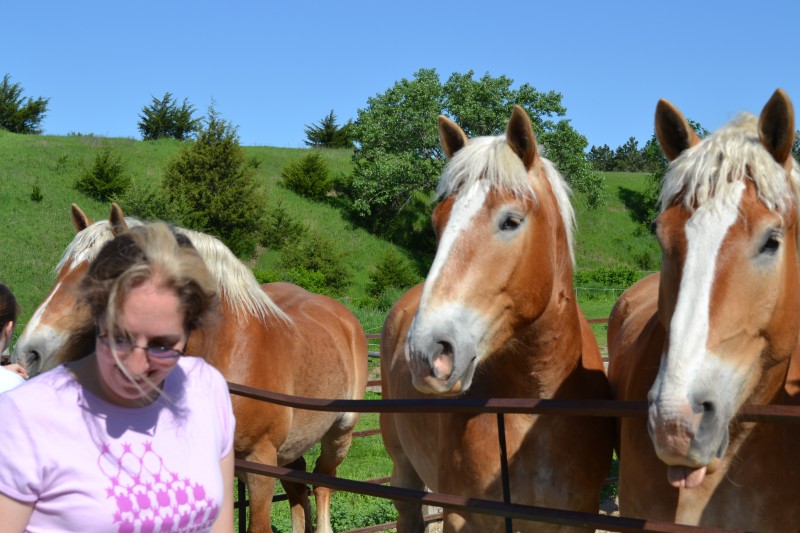 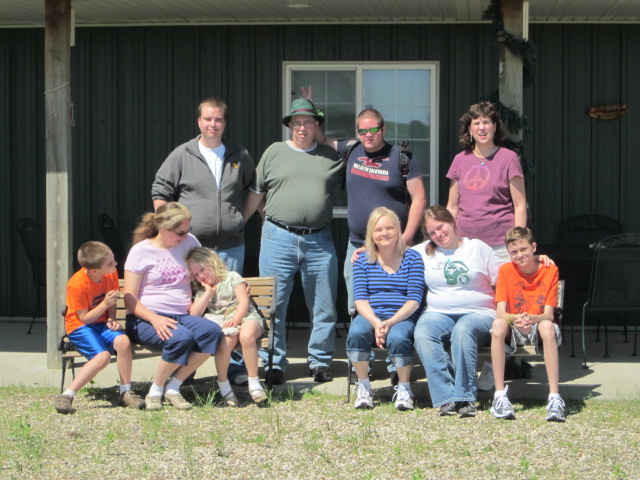 I guess Dan did not sleep well. He was missing a part from his sleep machine. Hopefully we can rig something up for him. When they went to get gas this morning Hogan ended up talking to the lady behind the register and they had a line on a potential part, but it turns out that they could not get it. Did I mention the huge amount of mosquitoes that are here? The van looked like it was washed in bug parts and blood. Very gross, but we’ll deal! 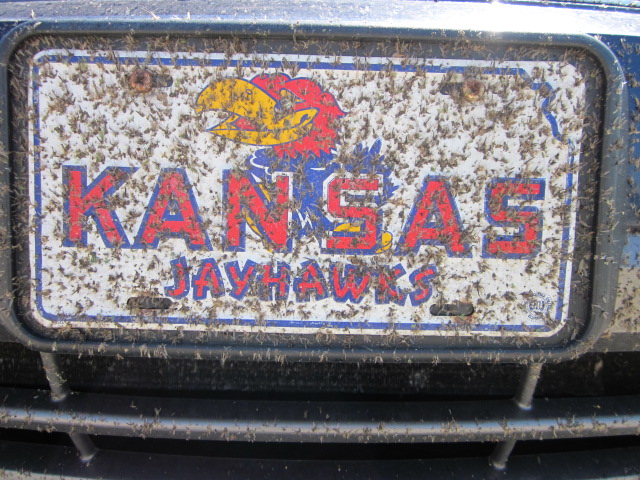 Corvin and Danelle went for a walk in the early morning. They saw a goldfinch, dog kennels, the neighbor’s horses, the place where they do skeet shooting, and thistles. Corvin was especially concerned with the thistles!

The family had a late start this morning. We got to the Missouri River overlook in time to look over and eat lunch. This was 1 hour into the 8 hours of planned driving. So we decided to skip Custer State Park and Crazy Horse. 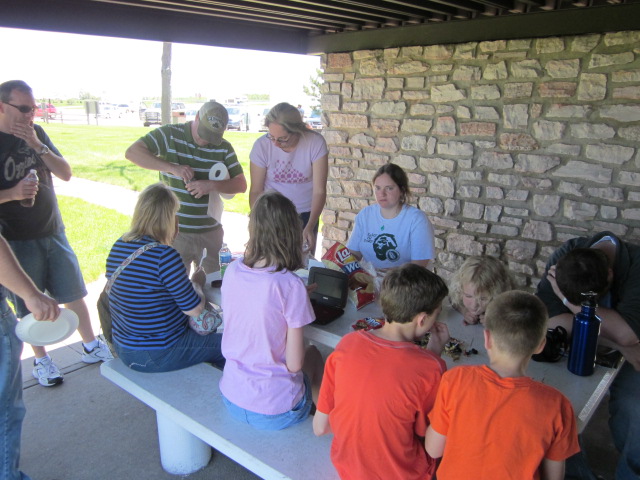 Part of our journey across the (never-ending) state of South Dakota, we came upon a 15 mile stretch of highway that was being re-paved… Hogan really wanted to do donuts in the red clay road base. As it was, he ended up spraying some rocks and sliding. 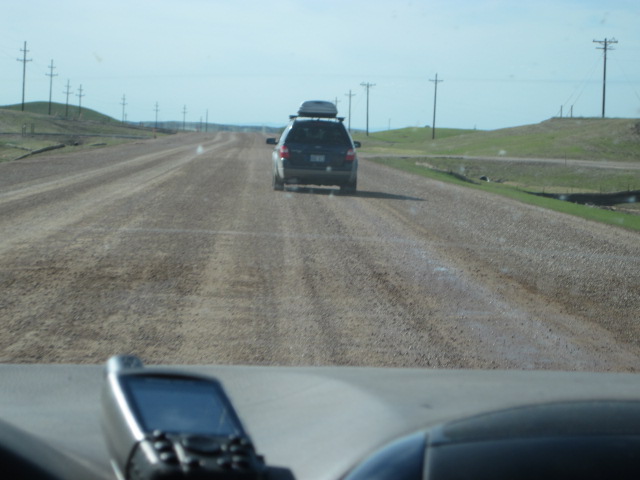 We stopped for dinner just outside of Mount Rushmore. They didn’t have much for vegan options — there wasn’t even a red sauce for pasts, so Pat had her pasta plain. Of course everybody was worried, so they convinced her to get a salad with no dressing. While waiting for the food to show up, the whole table was involved in a game of “Eye Spy”.

At dinner, Sonora and Henry started calling each other Janet and Big Daddy. We’re not sure how or why this started but its really cute!

We finally got to Mount Rushmore at about 8:30pm local time. We walked the trail and (as usual) took lots of pictures. It was fun to see the sunset on the amazing sculpture. We heard a man in the auditorium tell us about the history of the Lewis and Clark expedition. Sonora was surprisingly interested. Soon after, they turned on the floodlights. The natural light was much better, but it was nice to see it both ways! 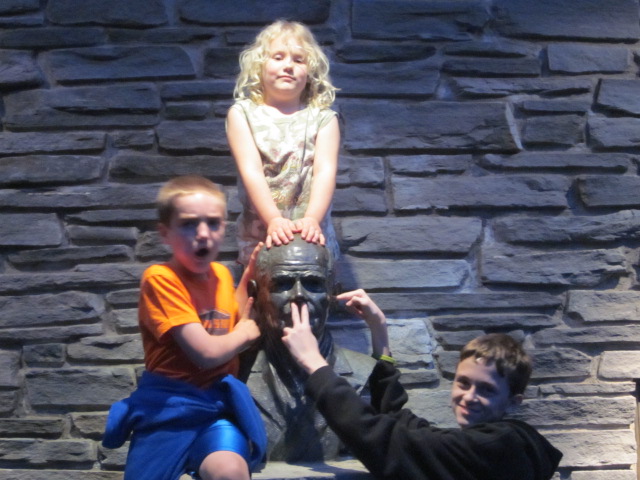 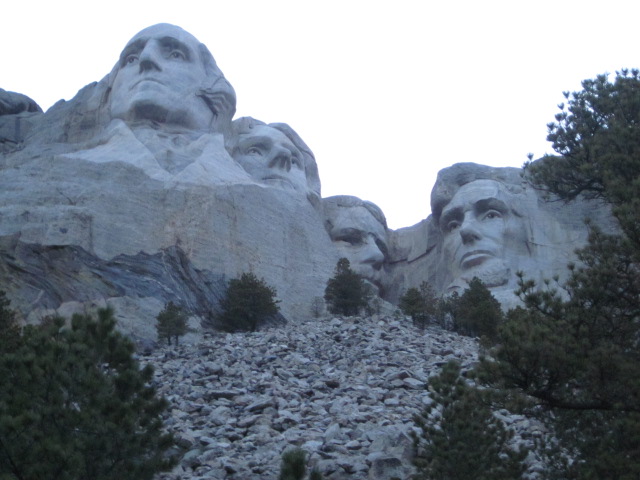 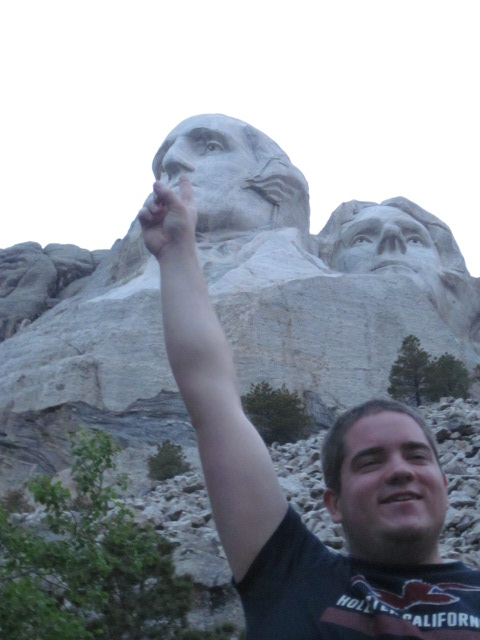