I got up at 5:00 am when my alarm went off and got right to getting ready for the day. Next I woke up dad around 5:30am. From there, the rest of the troops started waking up. I’m a bit of a task master when it comes to traveling and wanted to get a good solid start. Family members that weren’t going on the trip were taking bets about what time we would actually leave. As a family, we’re usually late. I’m proud to say that we were on the road at 6:49 am. 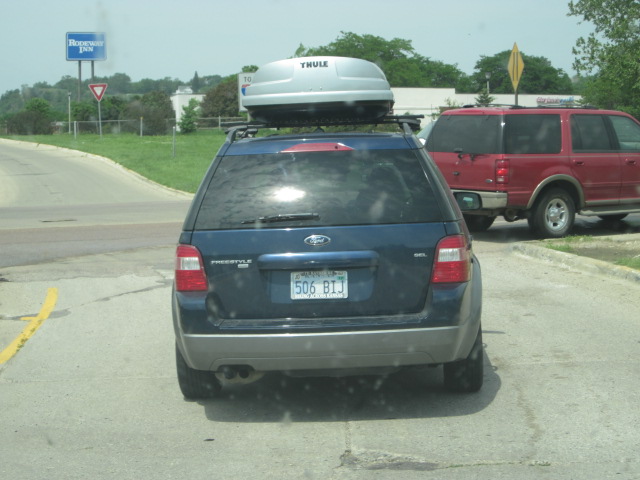 On the way out of town, Sonora was quick to learn about semi trucks. At 7:36 am, she got her first of many trucks to honk when she showed them the double pull sign.

It seems they are expecting flooding near Nebraska City. The Wendy’s and the neighboring motel had sand bags and berms of dirt around them. (Iowa Hwy 29 Exit 10) 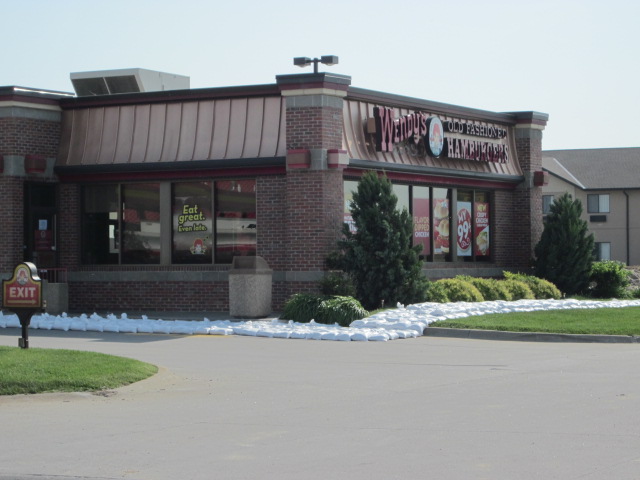 In Sioux City, we stopped at a tire place to have the KC Haake’s van checked. It has been a very bumpy ride in the morning. While the van was being checked, we ate at Godfather’s Pizza. Pat, Kathy, and Lauren were @ Taco Johns next door. Then we hung around by the Missouri River. The river was way up! We watched as sand was piled at the YMCA across the river. According to one local, the dam upstream is releasing 85,000 CFS, but they will be increasing it to 150,000 CFS soon to try to take some of the pressure off the dam. They are expecting it to rise about 6 feet and to be up for at least a month! 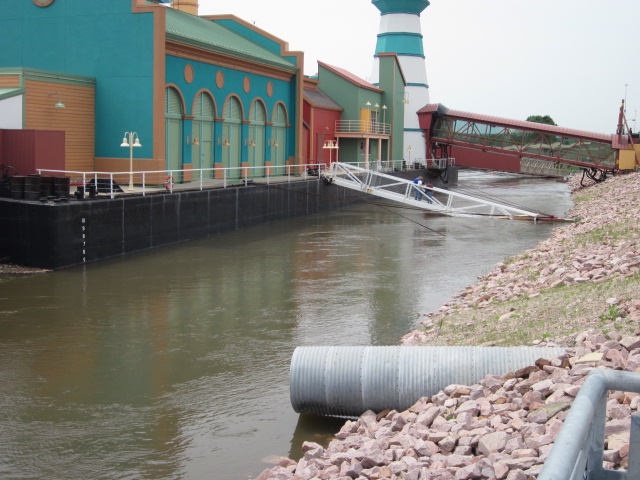 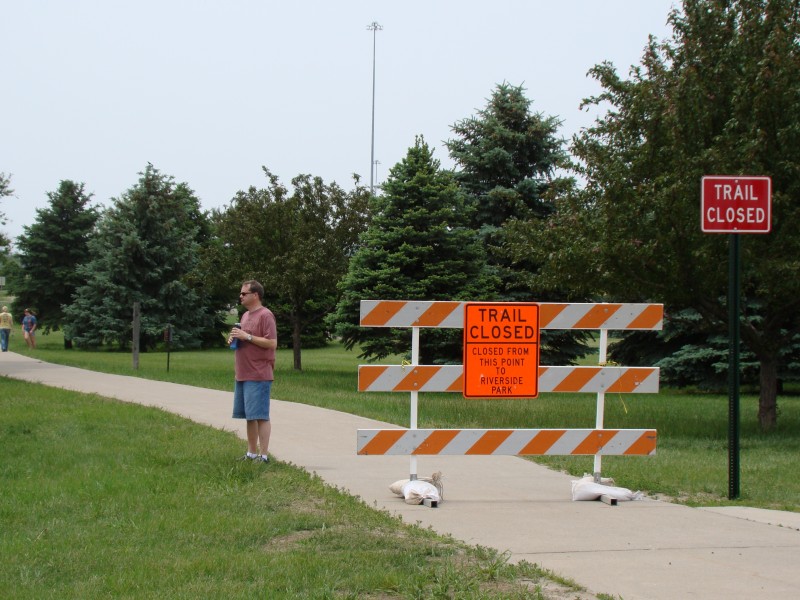 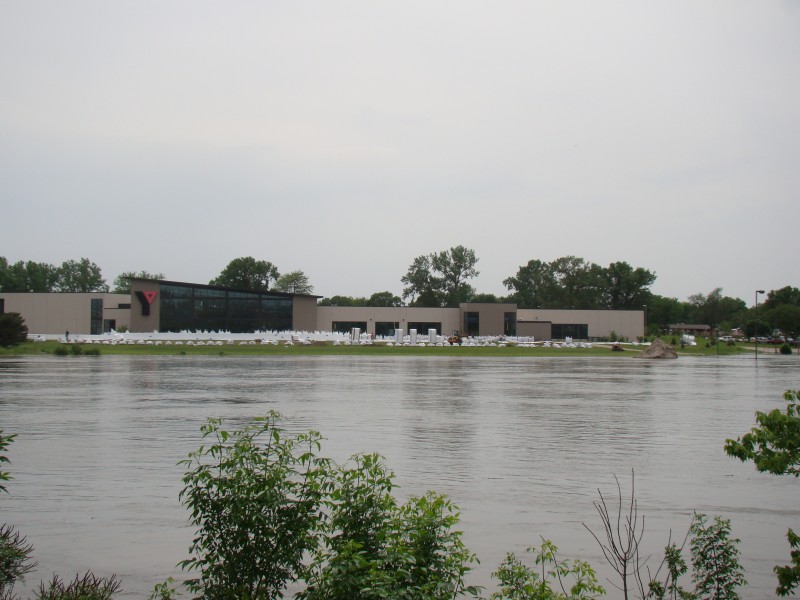 The kids of all ages played at the playground. Dan, Herman, and Tom went to the casino and by the time 4:00pm hit, we were getting back on our way. It seems that the van was missing a bump stop. That made the ride more rough when big bumps were hit. It seemed a bit overloaded and we transferred some weight to the STL Haake van. It seemed to help!

At lunch, Henry didn’t feel well, so he didn’t eat much if anything. it seemed that the bumpiness of the ride had taken a toll on his stomach. At about 5:00pm, we were glad that he didn’t eat much, because he asked us to pull over so that he could puke. After a couple of minutes, we were back on our way, with a warning from Henry that we would probably need to stop again soon…

We stopped for a rest room break in Buffalo Ridge at the Cowboy Coffee Shop and Country Store. While we were there, Hogan got a South Dakota magnet to add to his collection at work. We also got a postcard to send to the Hebisens, but more for Jenny and Jesse than the kids. There were lots of fireworks in the store, but somehow we got out without buying any. Hannah bought a spoon for her friend Kaylee. Dan got lots of beef jerky.

Our visit to the Corn Palace was uneventful, except that we ended up buying several trinkets and things, including a lovely, shining orange-stoned ring for Sonora. Hogan bought a set of 3 highway bingo cards. He must have been tired of Danelle’s efforts to create her own bingo games. 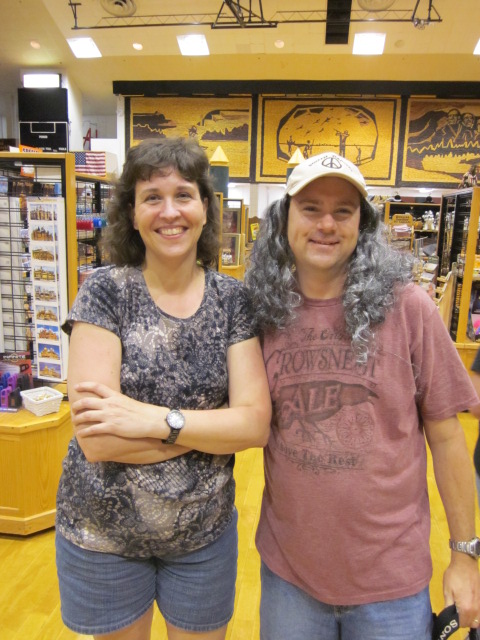 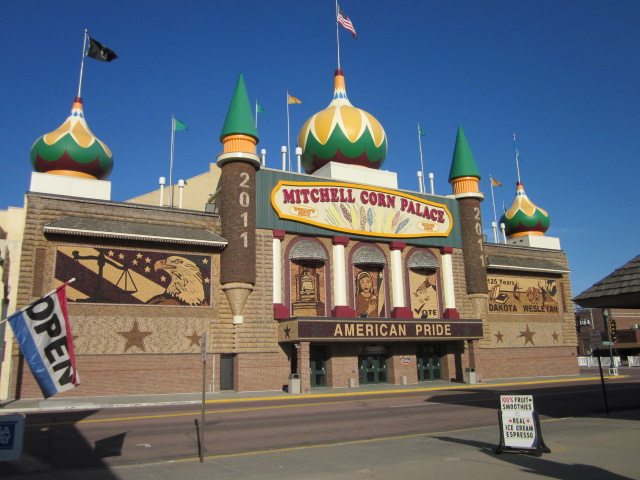 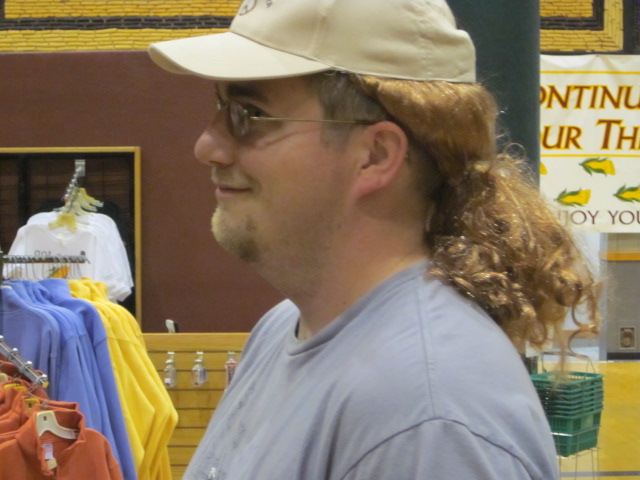 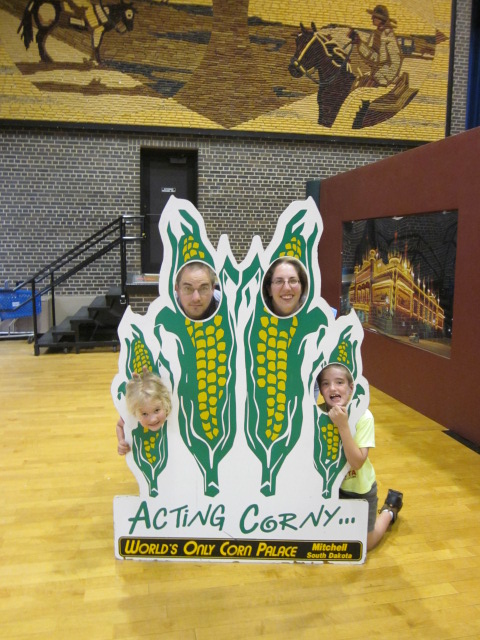 After the Corn Palace, we took a detour to Wal-Mart to get food for dinner and tomorrow’s breakfast — not that many of us were very hungry for dinner, even though it was 8:30pm.

We had yet to leave I-90 to get to the lodge when we had another detour — this time Matthew was sick. They handed him a plastic grocery bag to throw up in. Unfortunately, there was a hole in the bag. Luckily, this was not in our van! Poor Dan and Pat. It took about 30 minutes to clean up everything at the rest stop. It is 9:50pm, the sun has almost set completely, and we are still about 30 miles from the lodge.

The hunting lodge was amazing and huge. The perfect place to spend time with 15 of your best friends between sessions hunting. We had a crazy late “home cooked” dinner and then went to bed.