Like many families, we don’t seem to get together often enough. In an attempt to remedy that, we planned an extended family campout. The plan was to meet at Pomme de Terre State Park on Friday night and hang out till Sunday. Of course even with a family campsite, plans get in the way. Danelle had something going on and couldn’t make the campout, and Sonora choose to go to a Girl Scout campout with her friends. So instead, it was just Corvin and I for this trip.

I left work early (about 2:30) and went home. There I hooked up the camper and finished loading supplies. Then I went to pick up Corvin from school and head out to our adventure. I was slightly worried how the weekend would go because Corvin had just gotten braces the day before and would  have issues eating things as his teeth would be sore. I kept him full of ibuprofen per the doctor’s orders. It took a few tries to find something that he wanted to eat on the drive down.

Just past Rolla, MO, we turned off the major highway and started the windy 2 lane highway that would lead us to the campsite. I learned quickly that the new short antenna I put on my van only picks up radio signals if you’re in town. So the choices of things to listen to were limited to regional high school football game, and even that came in and out as we traversed the hills.

I thought we might be the first people to the campsite as we left early from home. I was right. We pulled into the park and the site and the corresponding ones were empty. It was just dusk when we pulled up, but that was fine with me. Well, except for the fact that the sites didn’t look like the map that I looked at online. This isn’t terribly uncommon, but it just didn’t feel right.

I had talked to Hiatt earlier on the drive and I expected him to show up and he hadn’t made it when I expected him. So I disconnected the camper and drove around every loop in the campsite. He was nowhere to be seen and it was getting dark. I decided to park the van and walk to the entrance to meet him. Of course, he didn’t show up there either. Ohh, and there was no cell reception anywhere near the lake or leading up to it on our drive.

At this point, I was frustrated and concerned, so I walked over to the site of the camp hosts and knocked on their door. They were quite nice and explained that there was another campsite on the other side of the lake. We were provided directions that required an additional stop at a gas station for additional help!

Once we got to the campsite, it was already dark. It isn’t fun to set up in the dark, but I managed decently. After I got set up, I realized that i wasn’t the only one in the family that had issues finding the campsite.

We ended making a few stops to the convenience store and this happened. 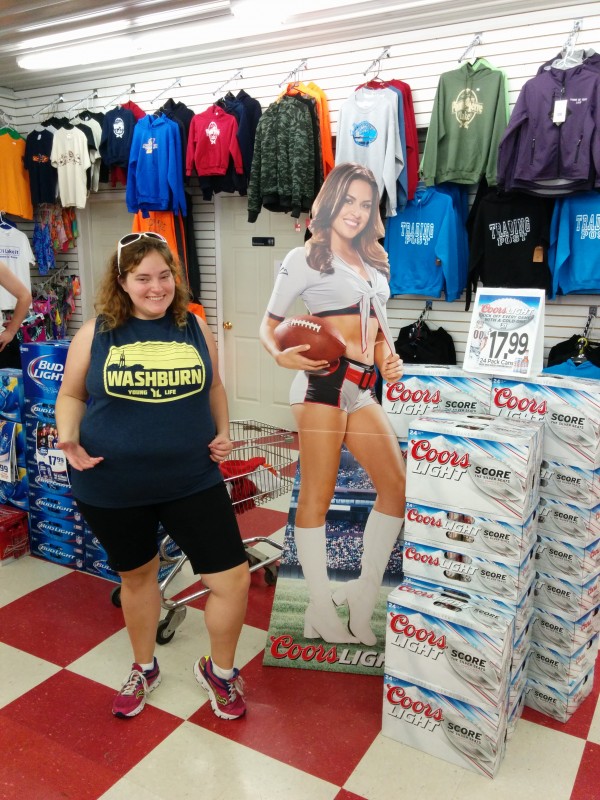 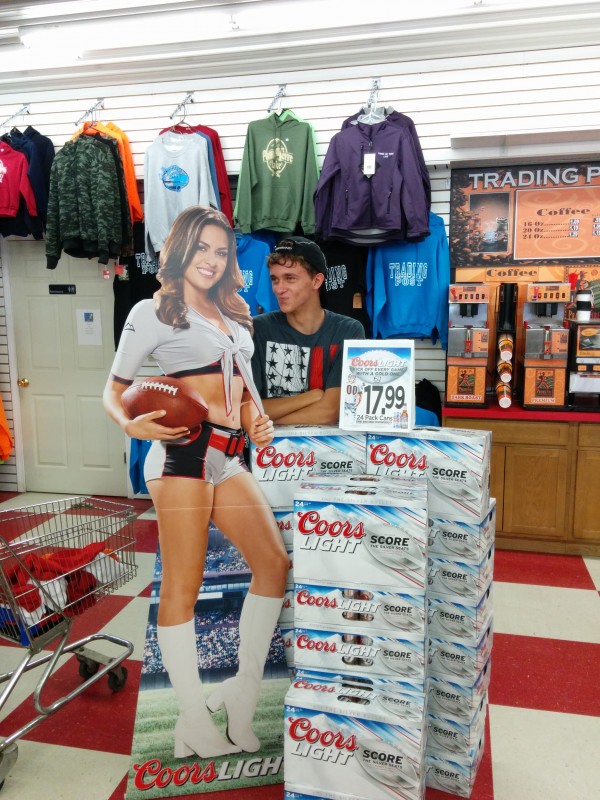 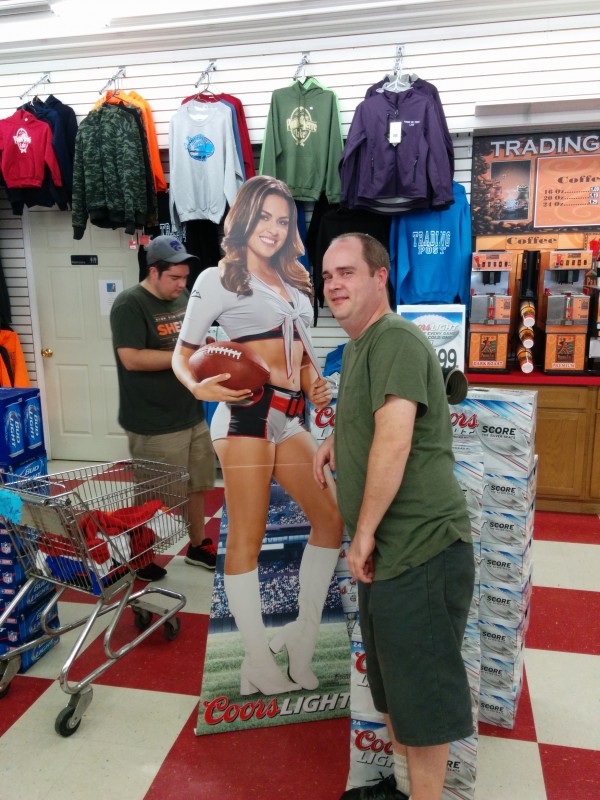 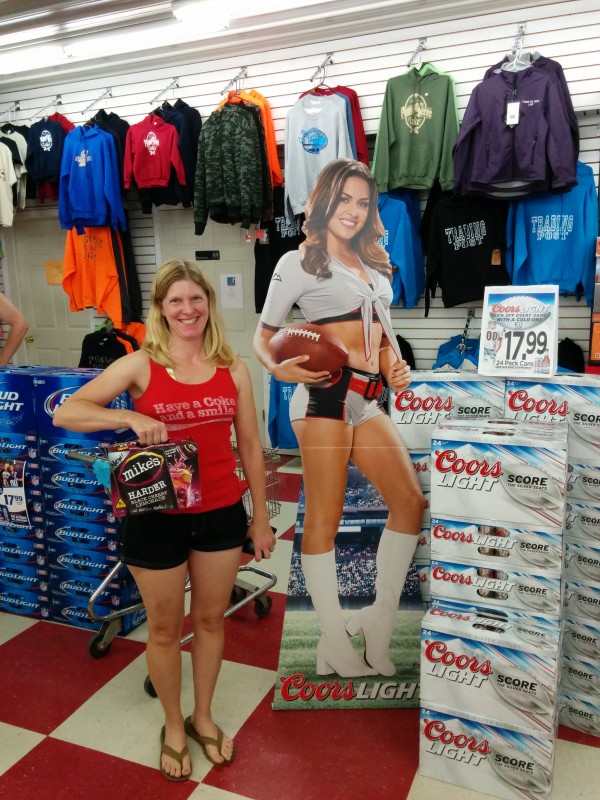 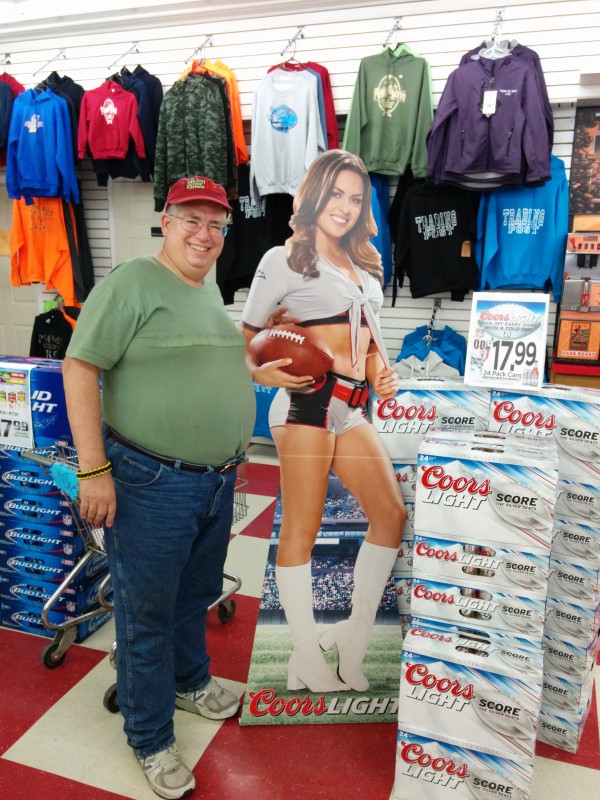 Of course, I have a thing for water, so I ended up renting a boat for all the “kids” to hang out on! 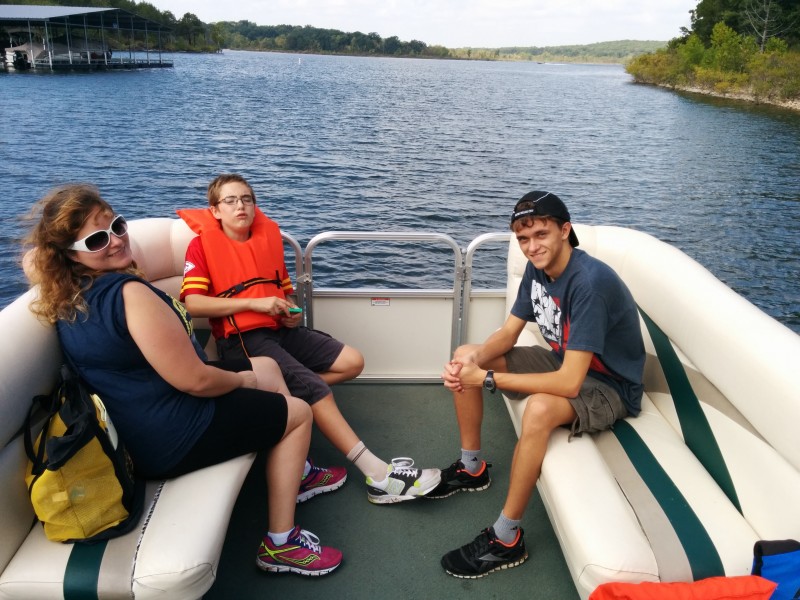 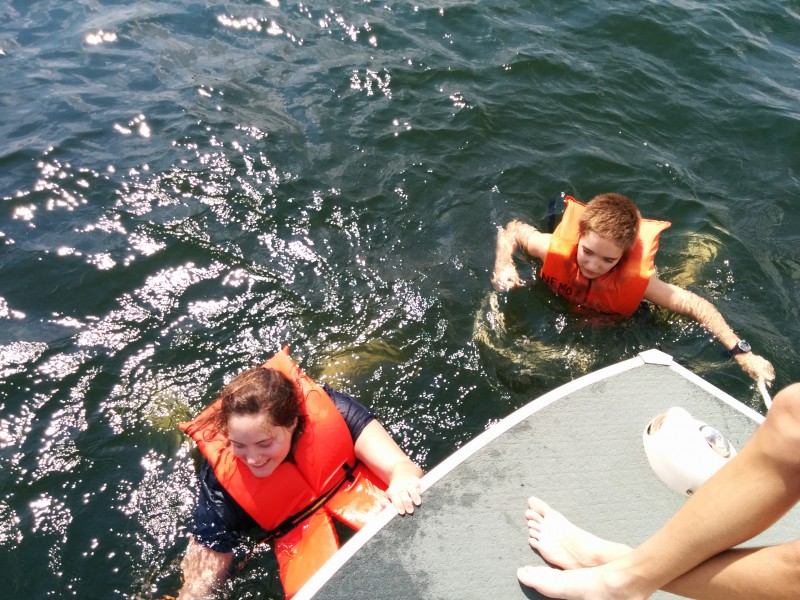 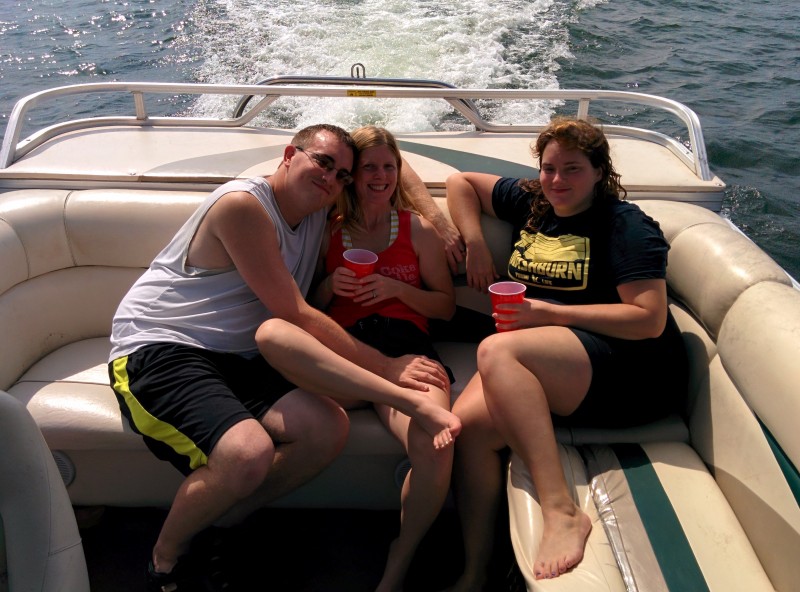 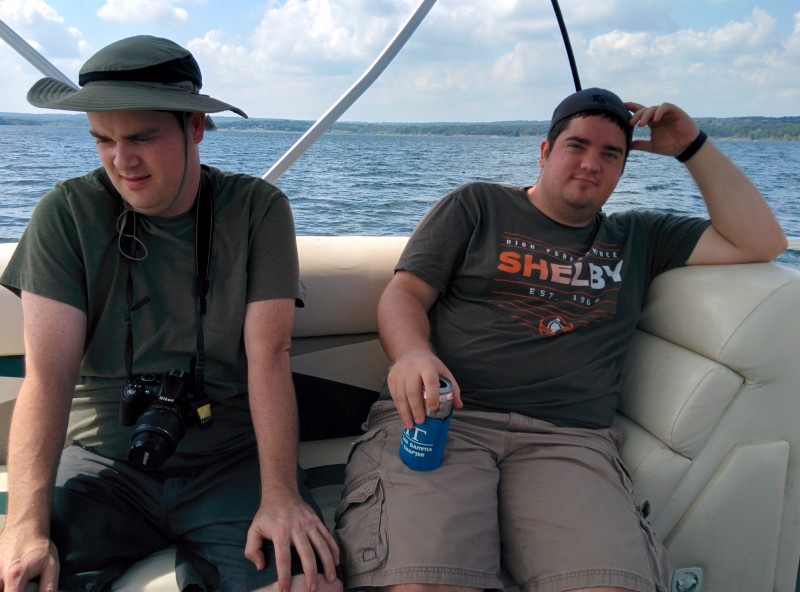 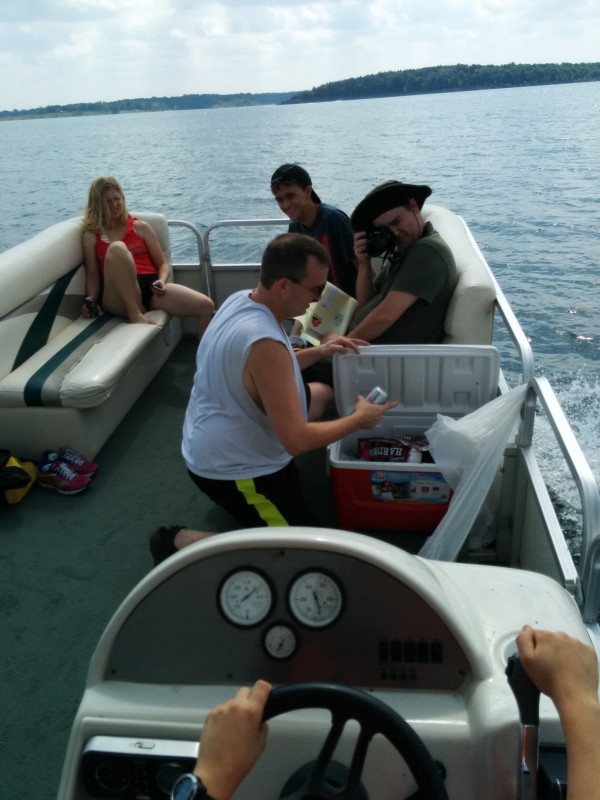 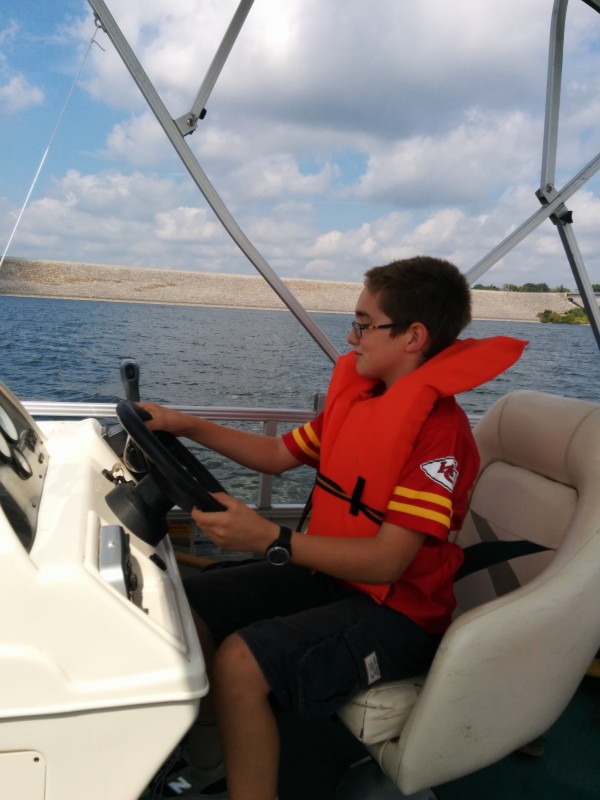 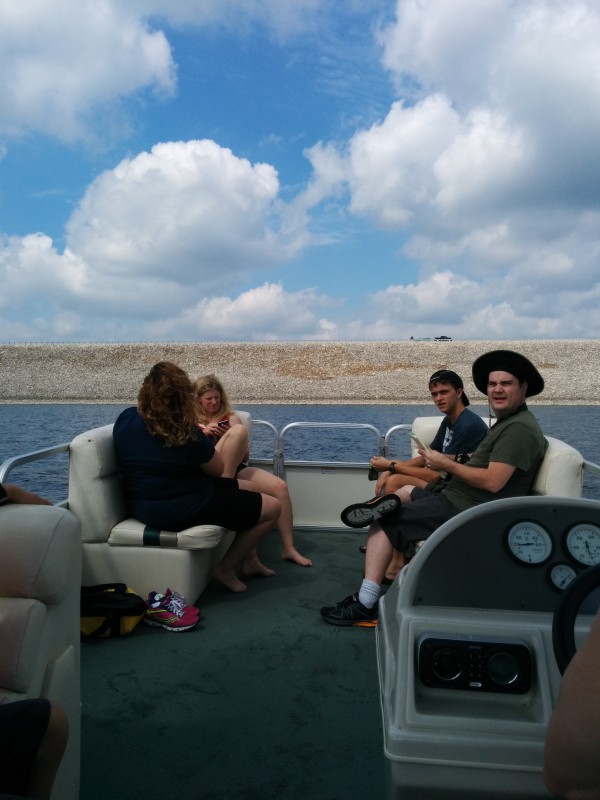 It was a great weekend to camp with family and I can’t wait to do it again!