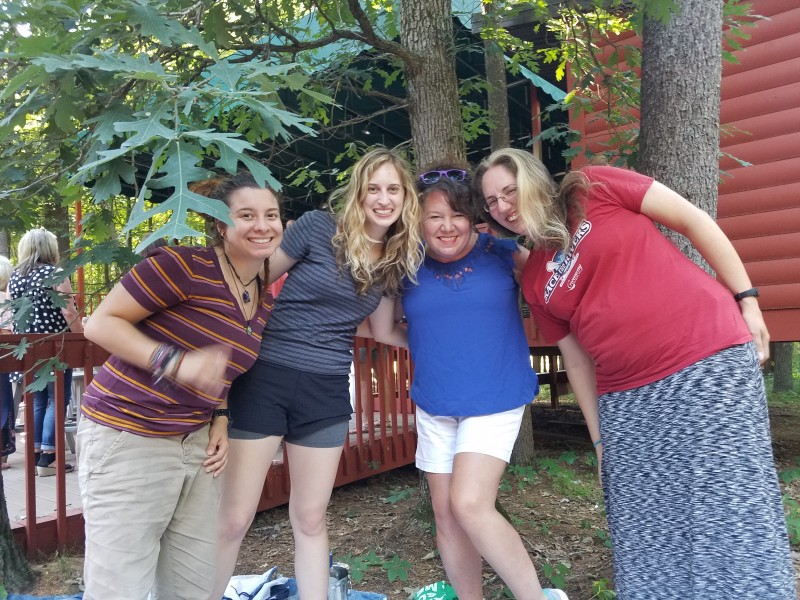 Danelle has had a few surprise birthday parties for me. They are always a fun time and lots of planning. I think she was a bit surprised when her 40th birthday came and went with little fanfare. Unless you consider sending her to the beach for a week with friends a decent thing.

Anyway, this was the year for her 41st birthday that I would plan a surprise party for her. The idea for the party started with a business trip to Milwaukee, WI for Danelle. She came home raving about a concert at a bar she happened upon. The artist’s name is Pat McCurdy. It was good enough that she purchased a CD of his. We have listened to that CD for almost 10 years now and enjoyed it every time. I thought it might be really cool for her if we made a special trip to see Pat play.

I invited Megan Pagliaro (a lab mate at SLU), and Laura Berlin (one of her roommates from college). Each of those ladies was invited to bring a plus one for a quick weekend to the Wisconsin Dells to see Pat play a concert. It took a bit of planning, but each of the ladies was in. Laura declined a plus one, but Megan brought Leticia Classen Rodriguez as her plus one. No, don’t get excited, they are just good friends!

In order to prevent Danelle from doing anything that weekend, I “planned” an overnight paddle training trip for a race I wasn’t even paddling in to help a friend. Danelle was a little bitter about this plan of mine as I had done lots of paddle training this summer and let me know about it a few times. Additionally, I planned this fictional trip with Andy, but didn’t tell him about it. At one point in the summer before this trip, Danelle asked Andy about our training, but Andy said he couldn’t remember but that we were probably doing something!

The the great morning came, I woke up to go paddling, then rolled over and woke up Danelle. As far as she knew, she was also our shuttle driver and would have to drive us across Missouri early in the morning. I told her I wasn’t paddling, but she had to get up for a trip. She was surprised and relieved that she didn’t have to drive all morning just so I could have fun. Her packing was without complaint other than the fact that I wouldn’t tell her what she was packing for.

When we got in the van, this is where things got interesting. Danelle has an amazing internal GPS. I told her that after we got gas and coffee, that she would play the game where she closed her eyes and had to guess where we were going. I further told her that she would never guess where we were going, a challenge she accepted. So I set off with her not looking as I frantically tried to find the highway. The ramp for I-44 I was planning to use was closed. She figured out pretty quickly where I was and directed me with her eyes shut.

During this time we, chatted about what was going on. She wondered if Laura was part of it, but then decided it was too early in the morning and that Laura would not be up yet. Little did she know that Laura was making all of us home made breakfast biscuit sandwiches. Eventually we got off the highway, parked and walked up to Megan’s house to pick up our first passenger. Danelle started to wonder what was up now.

Next was Leticia’s house and finally when we got off downtown, she realized that Laura was also part of this. Before long, we were headed north towards Wisconsin. The girls were chatting and having a fantastic time, but none of us would tell Danelle where we were going or what we were doing. Eventually each of the girls slept while I drove on (there and back), we have a fairly tight deadline. 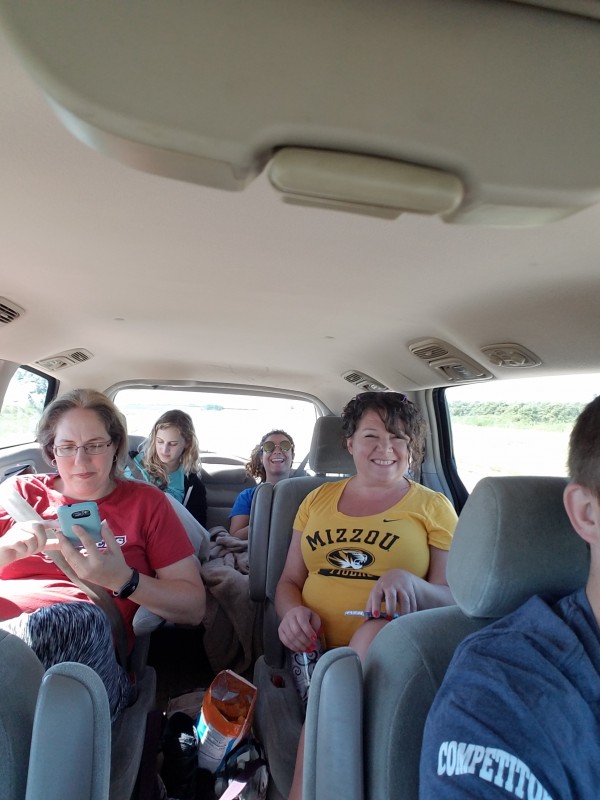 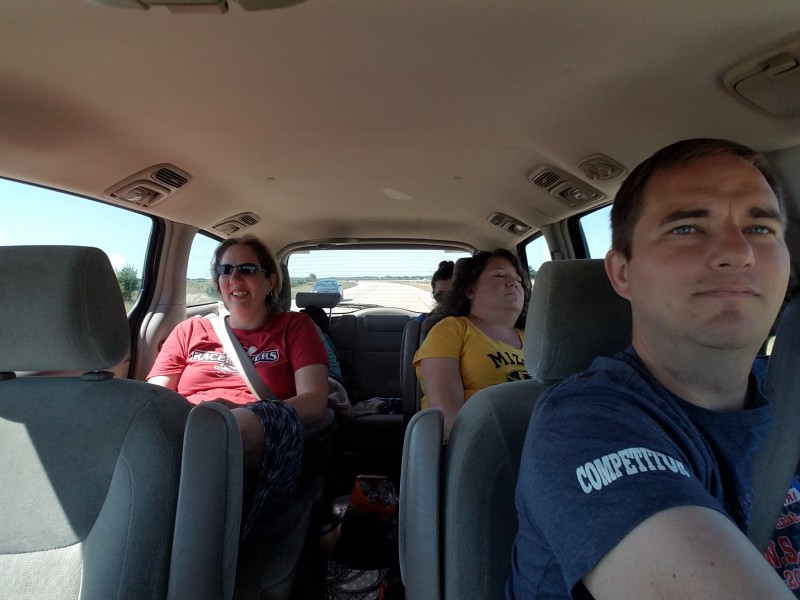 We stopped at a sandwich shop for lunch. Its a chain, but one I had never heard of before. I learned that Leticia is a vegetarian and lactose intolerant. Not a good thing for somebody heading to America’s dairy land. 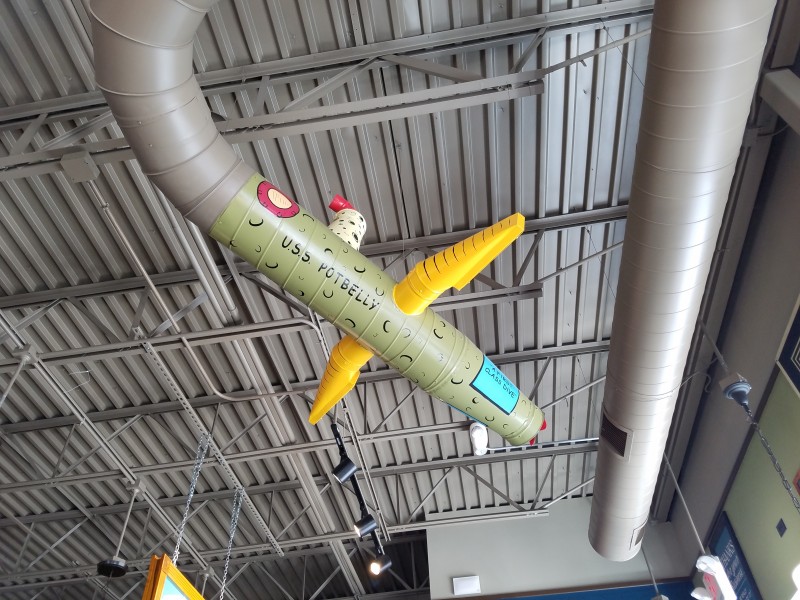 After lunch, we passed a turn off for Chicago, so Danelle started to wonder what was going on. She asked if we were going to the Dells and I said “What are the Dells” which gave it away for her. She didn’t know why we were going there. Its a family place with tons of water parks. I didn’t have her bring anything for swimming, so this confused her further!

Eventually, we got to the White Rose Inn, our hotel for the night. I didn’t know what time the concert would be done, so we needed to check in first before the office closed for the night. After a fast visit to our rooms, we went on to the most important destination of the whole trip, Fawn Creek Winery. There on the door to the winery was a poster for Pat McCurdy that gave Danelle the largest of smiles. She finally knew what we were doing at a random winery 6 hours from home!

At the winery, we got a tour of all the wines and picked the ones we liked the most, then found our seats for the show. I didn’t know what to expect, so I brought two jeans quilts and some chairs. We ended up sitting just off the front of the stage in an unused place because it didn’t have seating till we arrived. We made it ours quickly and got snacks for the show. 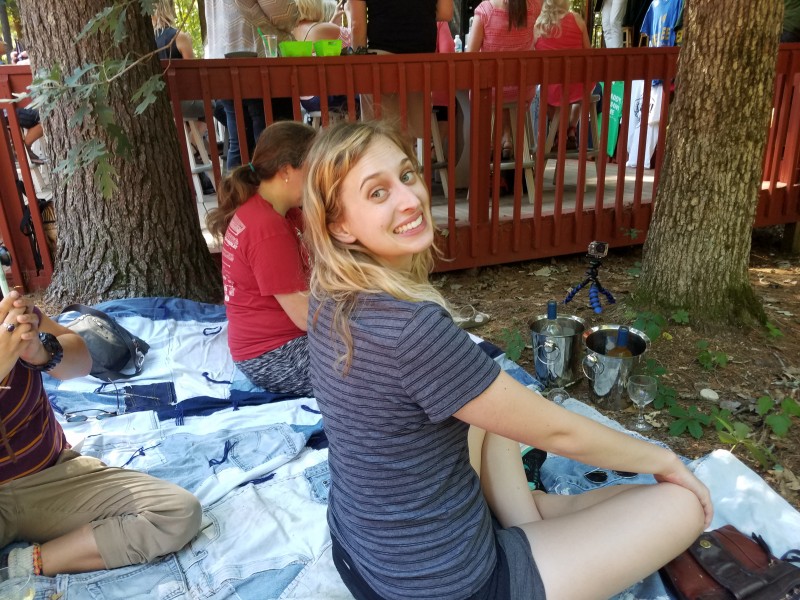 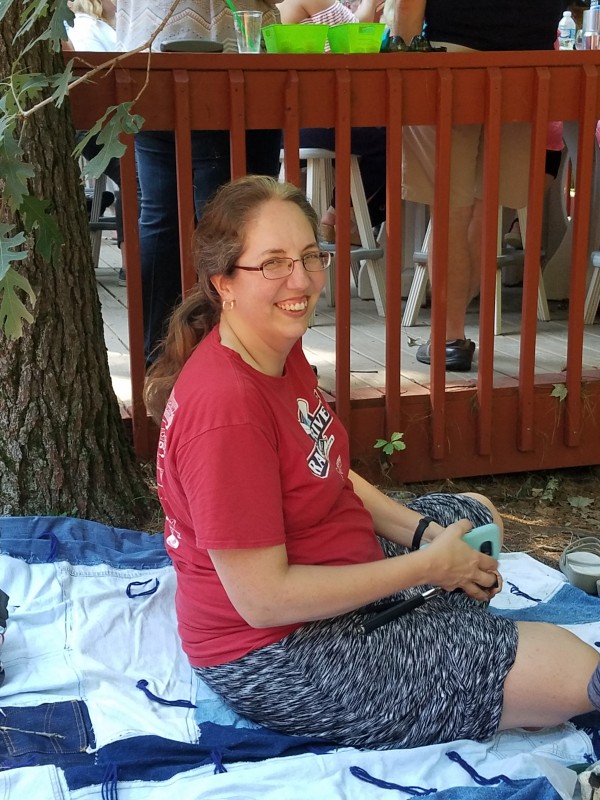 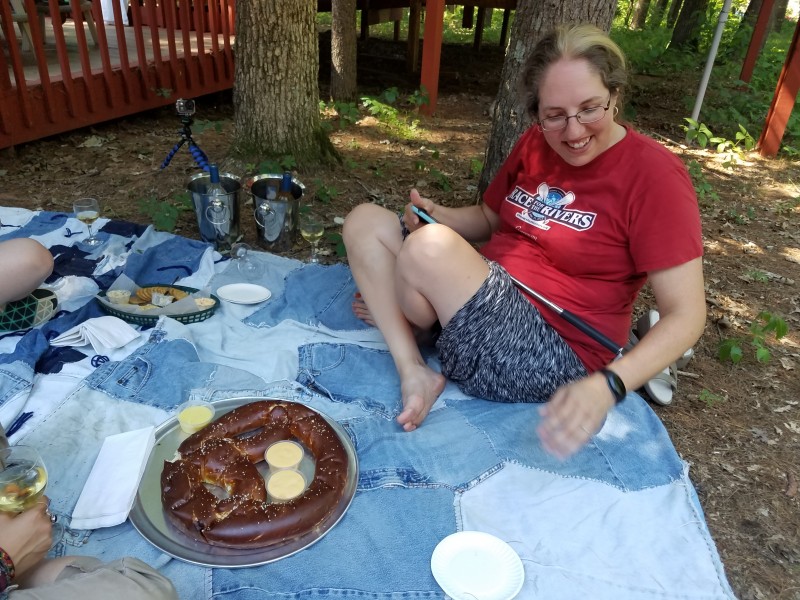 In the photo below from left to right: Leticia, Megan, Laura, Danelle

Pat’s concert was a total thing of beauty. I was nervous taking three new people as you never know how people will react to a new musician they have not heard before, but they became fans after the first song!

To get a flavor of Pat’s music, here is a 20 minute clip of part of the concert. A few different pieces.

And most interesting is the audience participation. Pat will ask people from the crowd their name and where they are from, then sing a short song about them. We put him to the test giving him Leticia from San Juan Puerto Rico. He didn’t disappoint!

Of course we highly recommend seeing Pat play if you have the opportunity. He’s a hidden talent that makes everybody smile!

After the concert, there wasn’t anything I could do to top the afternoon’s festivities. So we went back to the motel. The plan was to freshen up for 10 minutes, then hit the town for dinner and exploring. 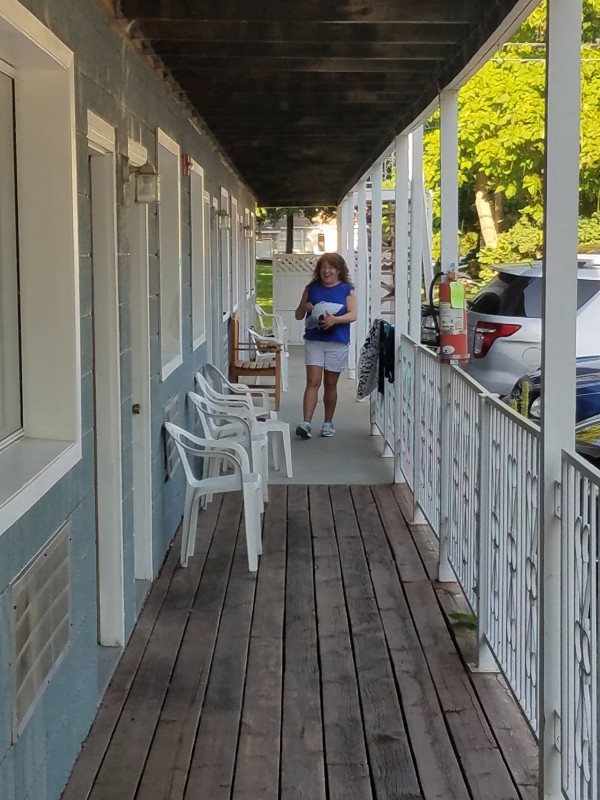 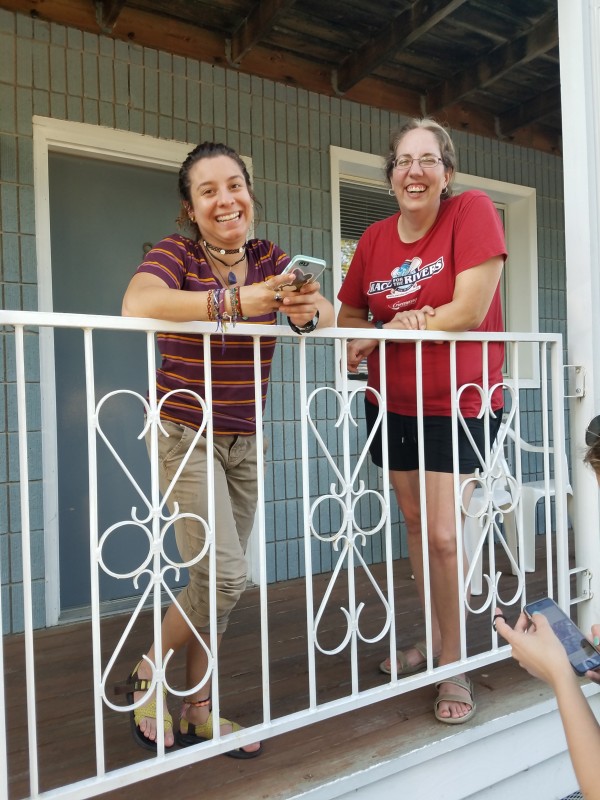 It didn’t take long before we found lots of fun things to see. 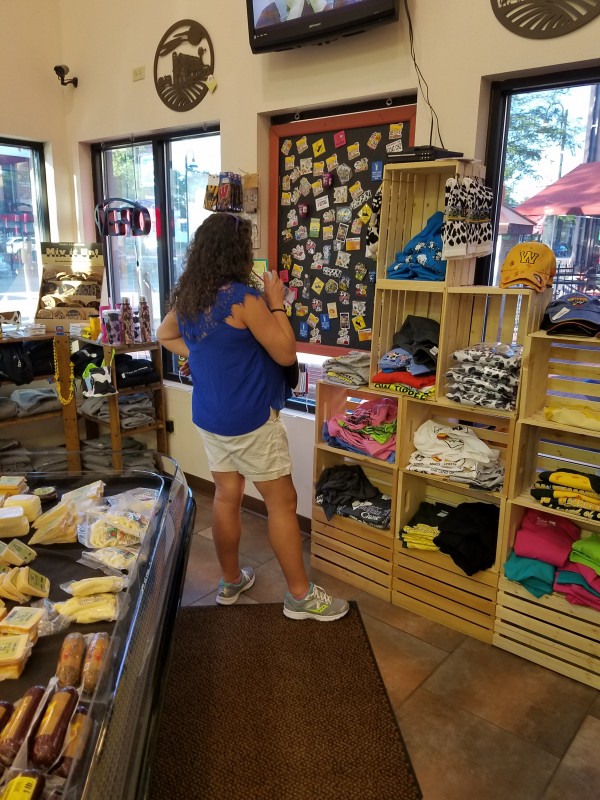 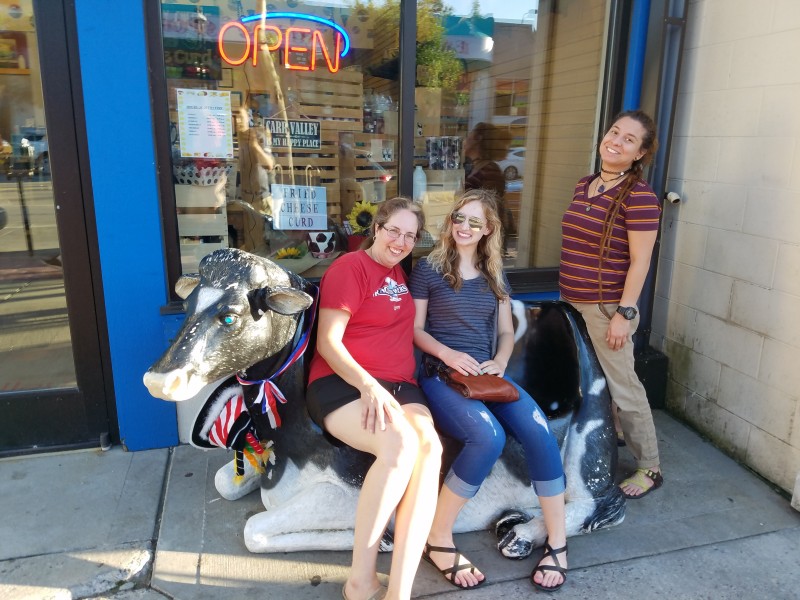 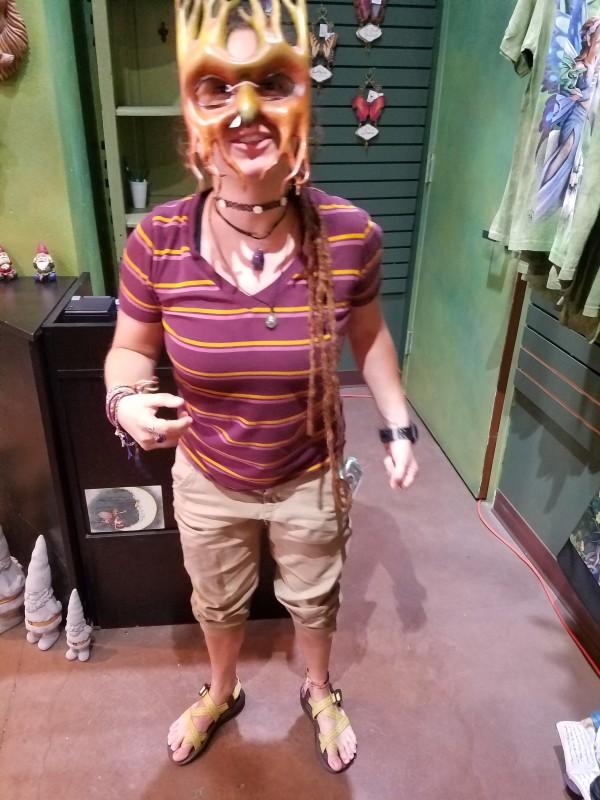 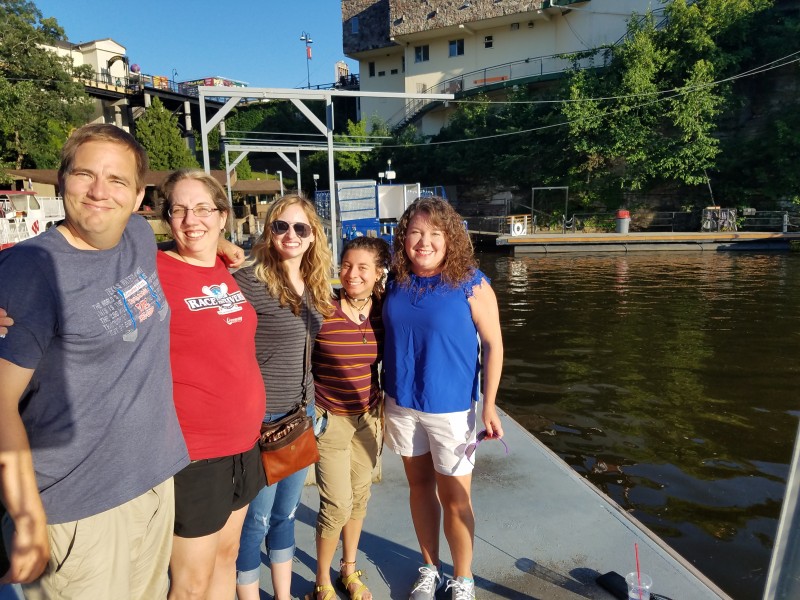 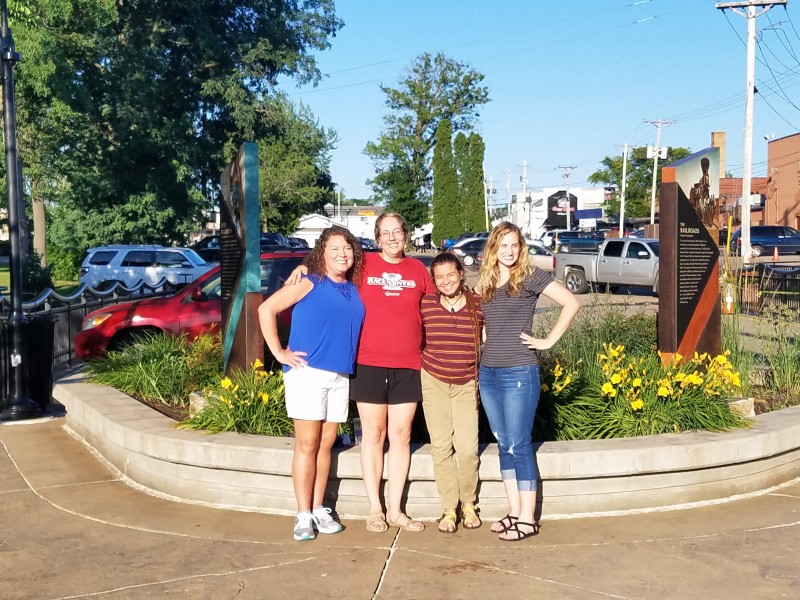 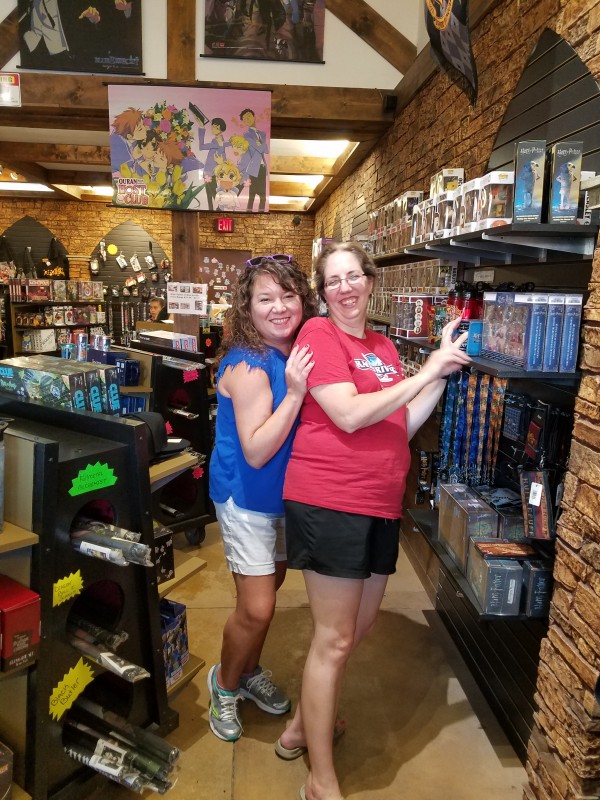 If there is one thing there is too much of in the Dells, its Fudge shops. Seems like there are two on every corner. But we finally found somewhere we could hang out for the evening. 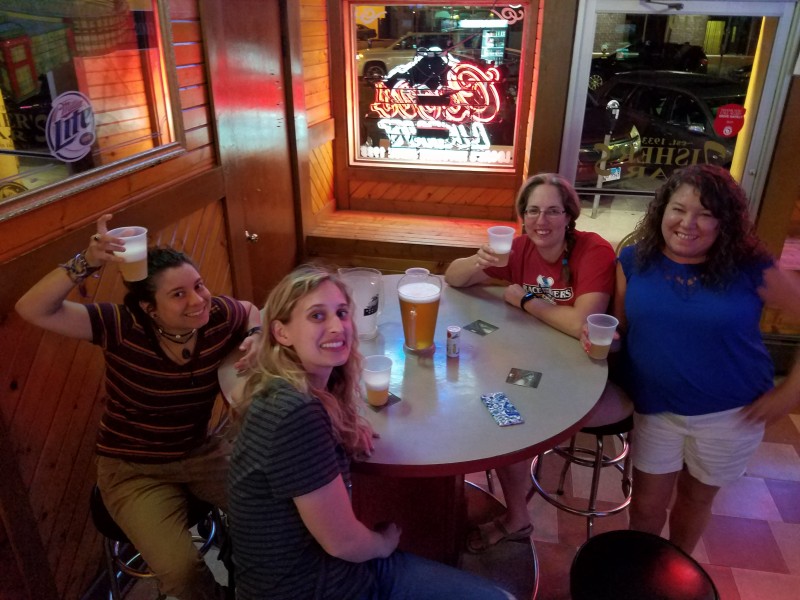 We ended the evening just before 1 am. We promised to be up and ready to head back to St. Louis by 7am. Somehow, Danelle and I woke up just after 5am ready to go. We even got to have a romantic early morning walk before everybody else was up on the river walk. 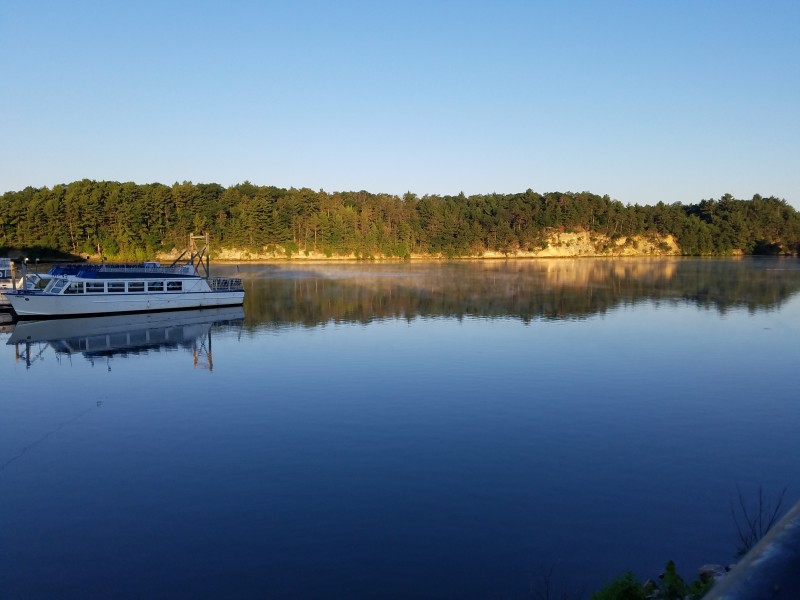 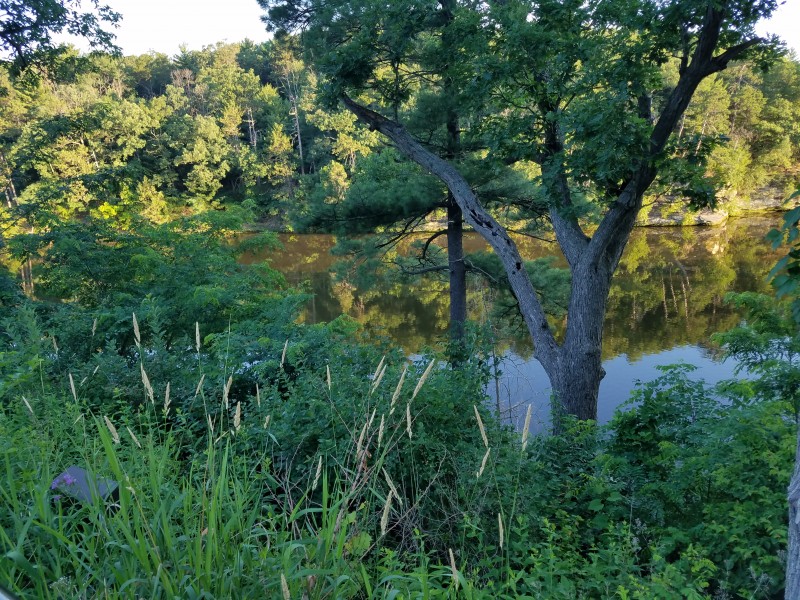 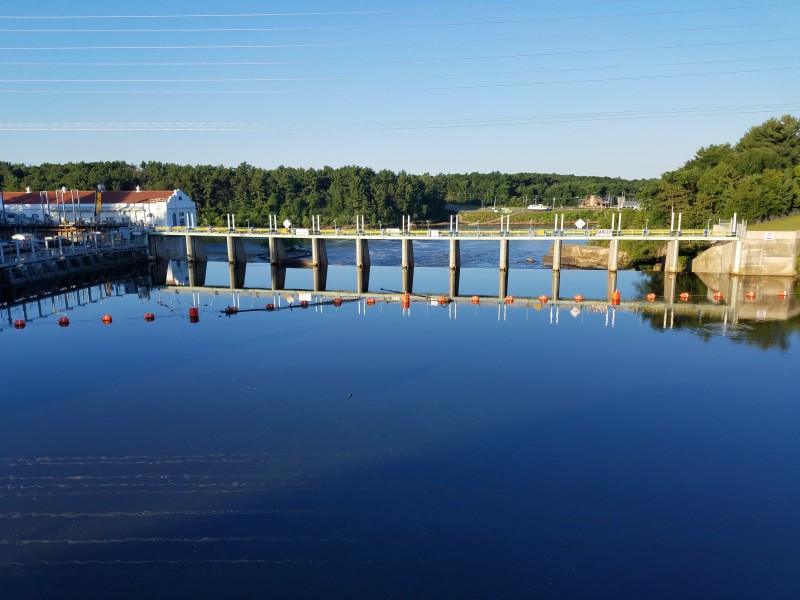 It was a perfect surprise birthday weekend celebrated with close friends. One Danelle will not likely forget!