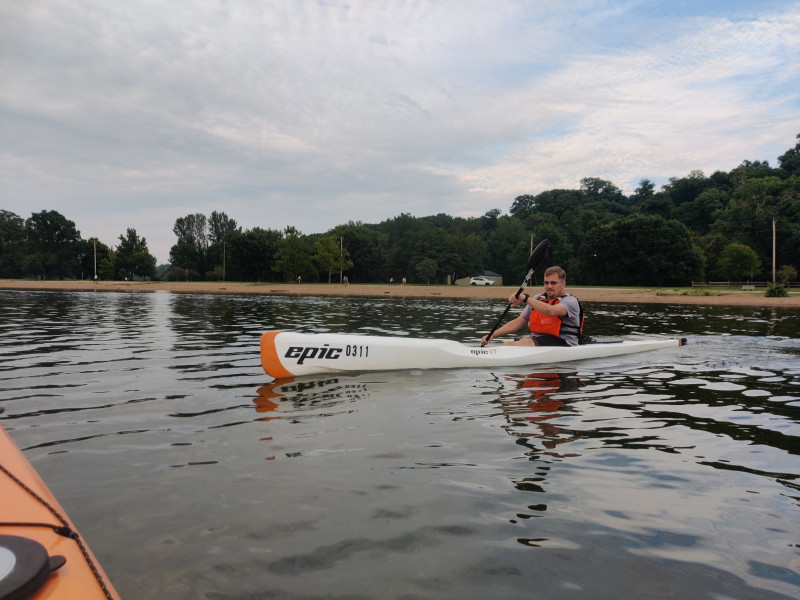 I try to paddle each week in the Creve Coeur Lake 5K. Its a friendly group of paddlers that perform a self-timed 5K race around the lake every Tuesday at 6:30pm  generally May through October. This week, Sonora wanted to come paddle with me. She paddled the previous week, but wanted to be in her own kayak this time.

The view from Sonora’s Kayak. 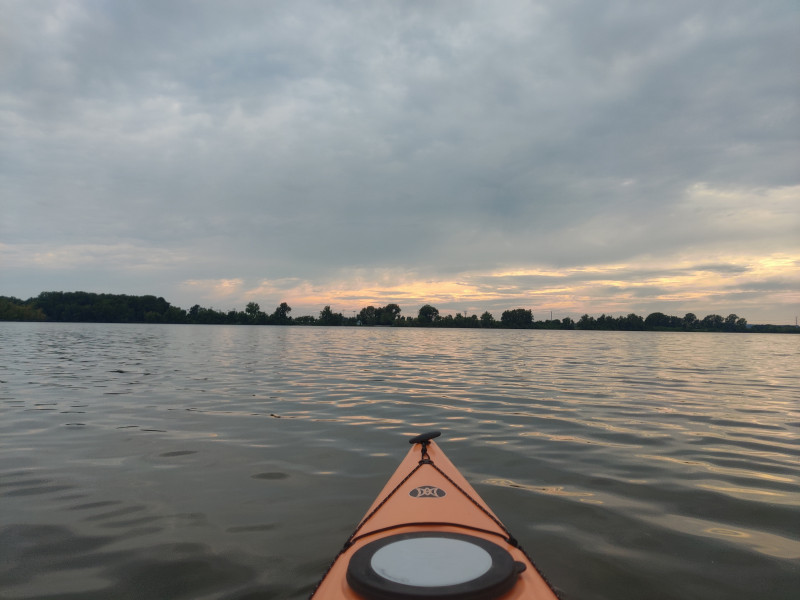 I rally like to race, so when I’m out here, I don’t have my phone as I’m focused on paddling as fast as possible. Getting a photo of me is rare.

This night we were all warmed up and the group counted down the start. In my Epic V7, I’m much faster than Sonora. I vowed to paddle with her tonight whatever her speed. We started off strong, but the day was just off. Sonora had enough pretty early. Rather than just go back to the car and pack up, we floated to the middle of the lake. There we hung out and took in the sounds surrounding us. One of the most constant sounds on a Tuesday is the group of rowers practicing the same time. We listened to the guy in the motorboat providing constructive criticism via a megaphone. One thing stood out to both of us, lots of comments going to somebody named Julia. Of the exact flow of events, I don’t remember, but at some point I looked at Sonora and said “DAMMIT JULIA”. That phrase became an instant hit and inside joke between us.

After paddling, Sonora managed a fantastic shot of the sunset! 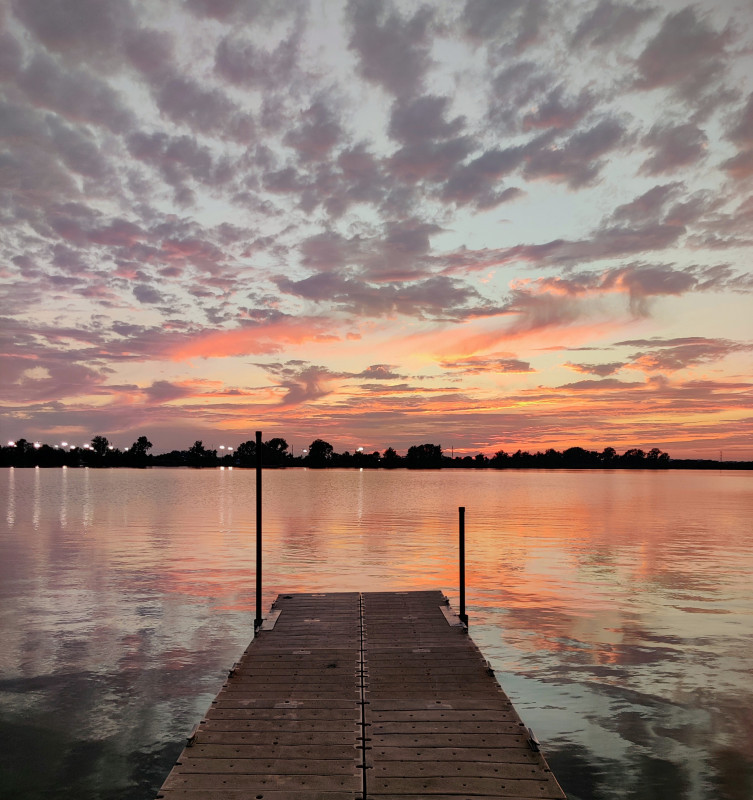 I wanted to complete the race, but spending time and creating memories with Sonora was what I was actually there to do. What a perfect night to remember!