Now that all of you know my birthday, I expect presents next year… Anyway, this day started off fantastic. Danelle told me not to leave for work till I talked to her. I was mildly concerned. I got ready slowly can came downstairs to her and the kids singing me happy birthday with my first ever homemade donut cake featuring Strange Donuts! 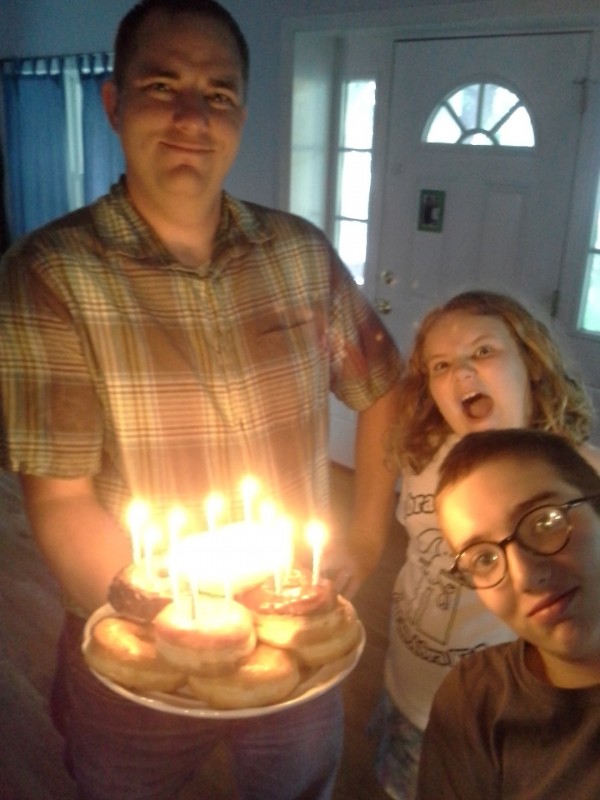 Then I packed up my supplies for the day. We were having a Chicken and Waffle day at work. That meant at 10:30am, I would go to the kitchen at work with a few others and start cooking for the office. Since its an office, we don’t always have everything a normal kitchen would have. But with creativity, we can re-fill a salt shaker from packets…

We don’t have a stove, so we had a table with a few waffle irons and a fry daddy! 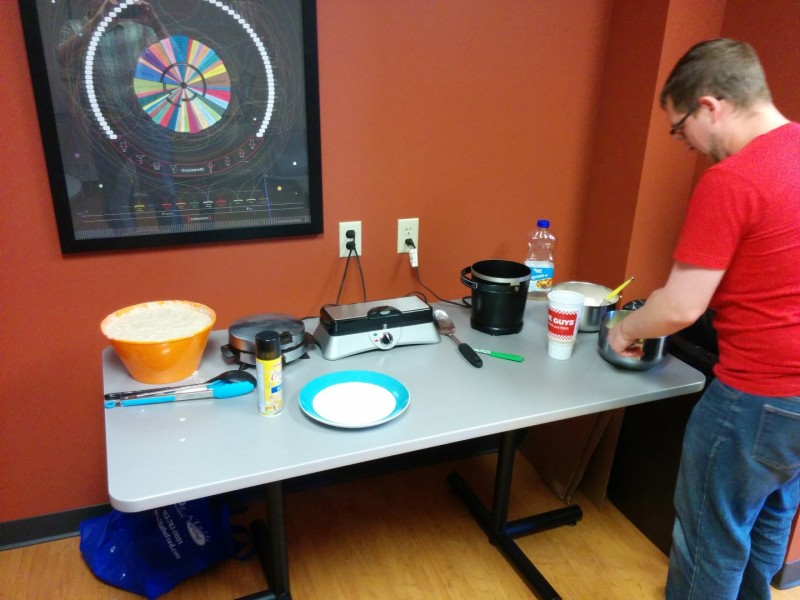 That large orange bowl is a quadruple of this Alton Brown waffle recipe, which turned out amazing! Here is a sample plate of the chicken and waffles. 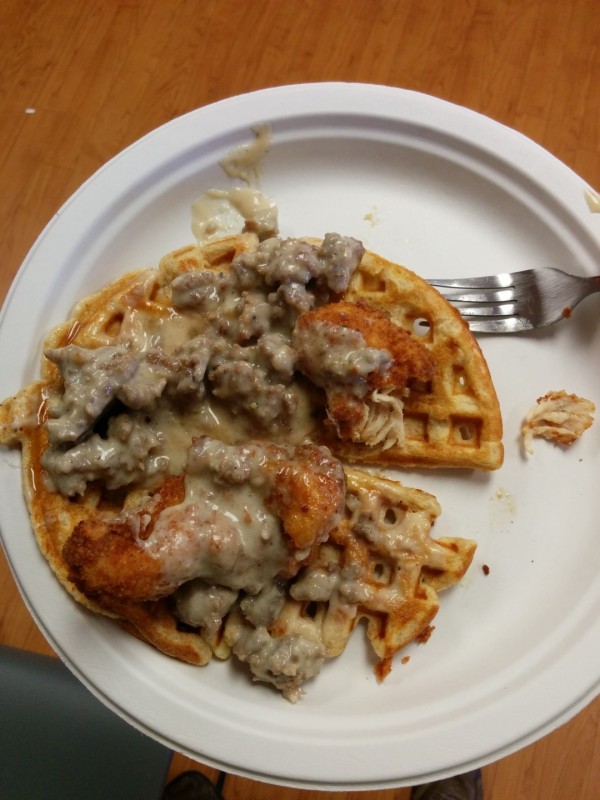 Of course, no lunch would be complete without fried Twinkies! I seriously considered a second one it was so good! 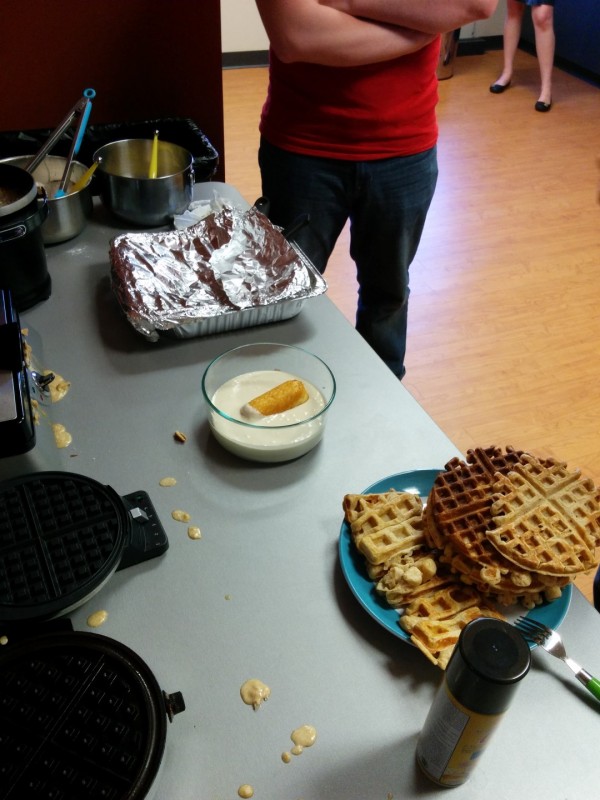 With a perfect lunch to go with breakfast, I was ready for our weekly softball game. Honeys ‘N Badgers vs some other team lead by Kris Ninnis. The game was going well, but like always we were not winning. I had a ball hit right past me that gave me a scare. The other player apologized for such a close call. Being a nice guy, I said, “As long as you hit me in the head, I’ll be fine.” Two batters later, Nick did just that. There was a line drive right off the bat and it came up and hit me in the face.

The people in the outfield thought I caught the ball based on that satisfying smack the ball makes when it hits your glove just right. However, it was just the ball hitting my face. I didn’t fall down, but took a few steps back to evaluate my health. By the time I decided I was okay, many people had come out to the pitcher’s mound where I was standing. I was bleeding from the inside of my mouth. Somebody thought I lost a tooth, but it was just my bloody gum I was chewing which they insisted I spit out. I wanted to keep pitching and insisted that I was fine, but the other team decided it was worth two outs and promptly ended the inning.

We had one more at bat that went like all the others and the game was over. By this point, I knew that my face was going to HURT for a while. So I downed another beer to help and told Danelle she could drive home. And now, if you’re still reading, you can see the photos.

Overall, a perfect birthday and I wouldn’t change a thing!