Jake invited us for a multi-family camping trip at Johnson’s Shut Ins. We had an open weekend and graciously accepted. Along for the trip were the Ridenours, and a lady who’s name I can’t remember now :(. We had three campsites near each other. We arrived late Friday evening and set up camp. The kids quickly formed their own mini gang and started to roam the circle that our campsites were on. Scooters and bikes were the name of the game! 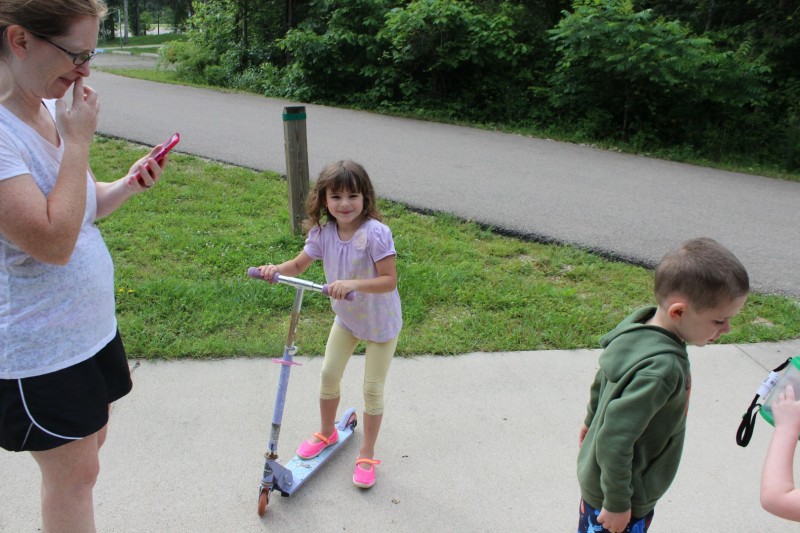 Saturday, we all went to Elephant Rocks for the morning. The kids did their best to make parents freak out. Lots of climbing and even a snake! 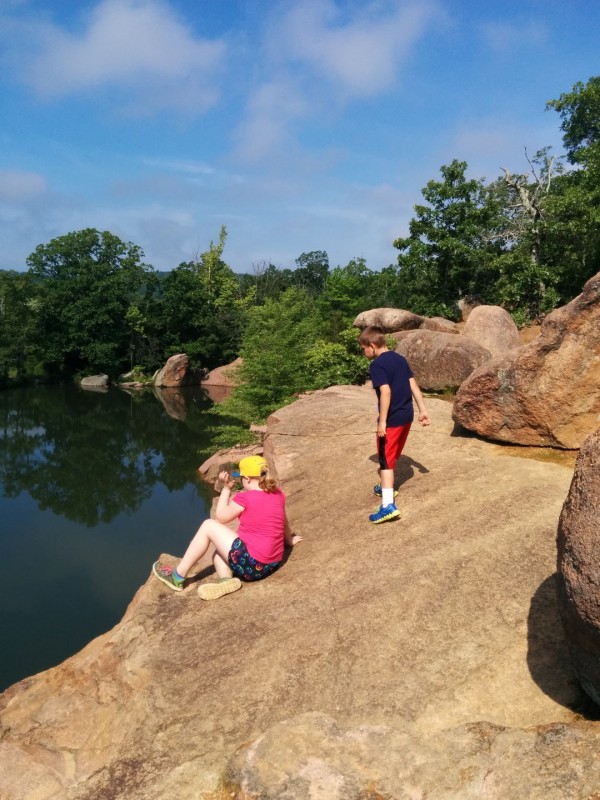 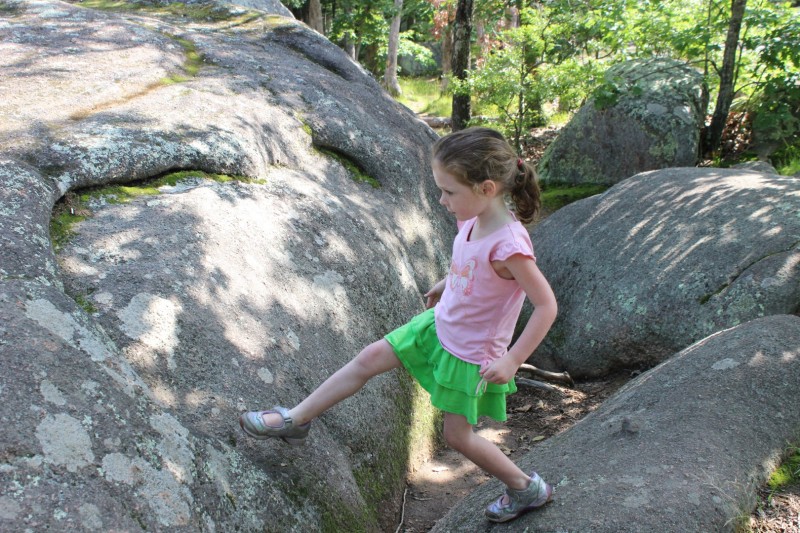 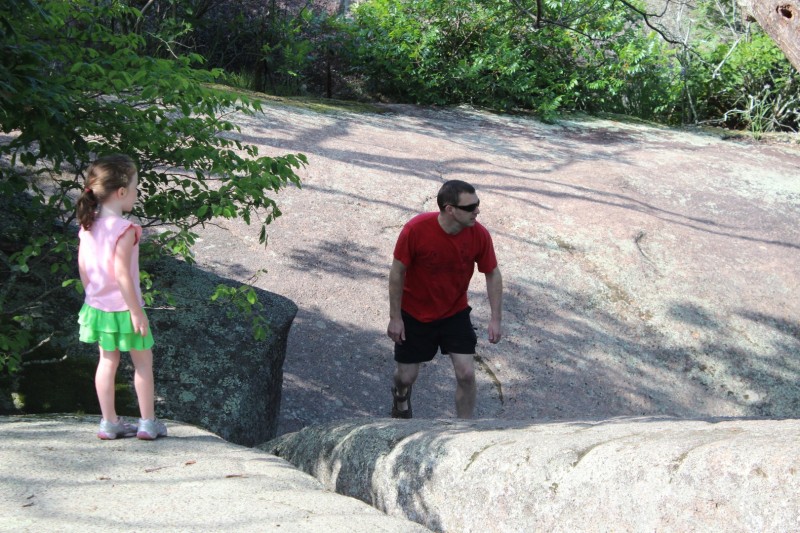 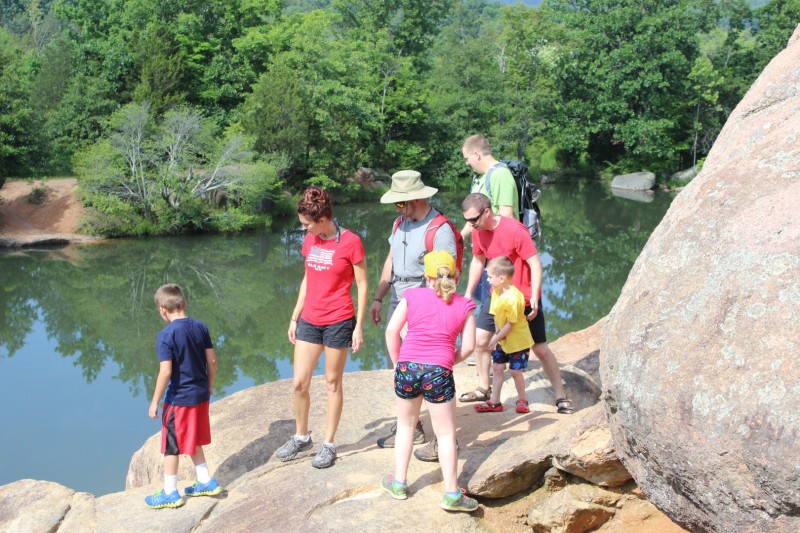 After the climbing was done, we headed to Johnson’s Shut-in. We had lunch packed from the cars as a group just outside of the shut-in. After our picnic, we headed down to the water. We didn’t bother with photos here as there was too much water and we didn’t want to break anything expensive.

If you’ve never been, you’re not missing anything in my opinion. The area consists of a small river moving through sharp rock formations. I didn’t particularly want to get wet, so I walked around from rock to rock staying dry. I had my shirt off for a few minutes till I felt the sun frying my back and promptly put it back on. The kids moved about with reckless abandon. So reckless, the first 15 minutes of us being there had a girl being taken out with a broken limb.

I followed Corvin and Brayden as they went about working their way downstream. I figured keeping an eye on them and being the voice of reason for some of the things they wanted to do was a good use of my staying dry time. Eventually, I climbed down to where the boys were and it looked sketchy. At this point, Corvin still had his glasses and hat on and I wanted him to hand them off before continuing.

Corvin tried to reach across and hand them to me when he got swept down river by the strong current. He then went underwater. I started to get worried. In my head, I started to weigh the going in and getting hurt myself vs. helping him. Just as I was ready to make that critical decision, Corvin came up, grabbed a rock and yelled for help. Since he was hanging on to a rock, I waited and he realized he was safe. Only he lost is glasses in the process.

We stayed a bit longer, but the kids lost interest in playing in the main portion once they saw firsthand how dangerous it is! We eventually left as a group to go upstream a ways and hang out in the more shallow area of the river. There the parents could relax and the kids have fun!

Finally the group had enough and we went back to the campground. The kids went to bikes and scooters while the parents went to find shade,chairs to relax/sleep. I had not had enough activity and took off for a unicycle ride. I ended up riding just over 6 miles back to the shut-ins. I went there cause I knew they had a drinking fountain before I headed back to camp. From the path on my ride, I had a great view of the Taum Sauk reservoir. 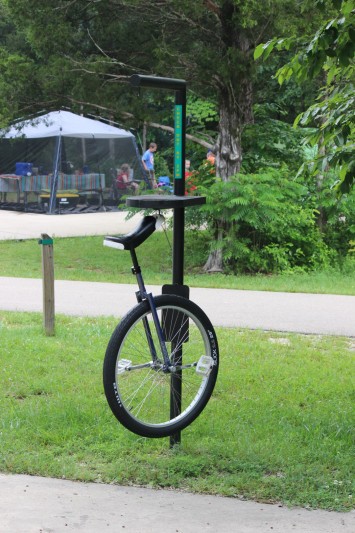 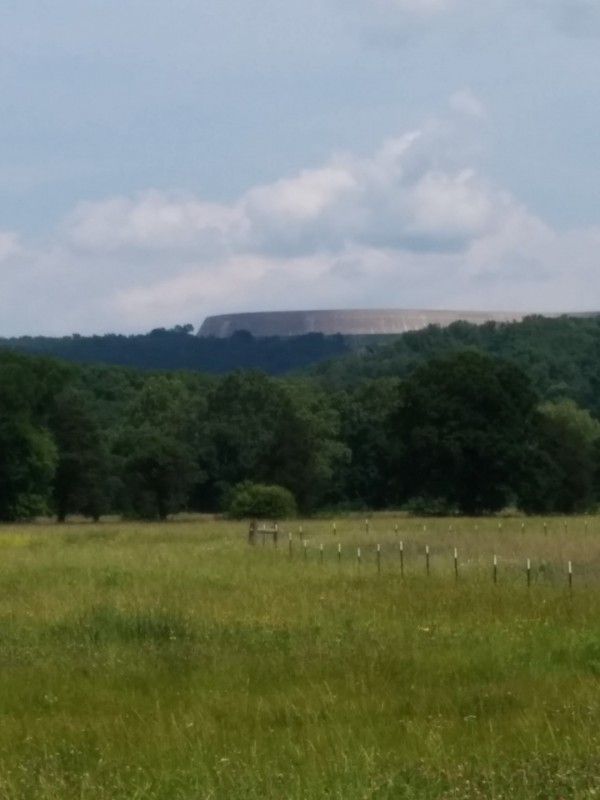 A great weekend to be with family and friends!