We decided to be spontaneous and visit Brian and Kelly. It had been a bit since we had seen them and though we would just drop in. Hanna was still with us since the family vacation and we wanted to show her as much of St. Louis as we could. After calling Brian, we found out that they were eating dinner and would call us when they were done. So we went to Tower Grove Park near their house to let the kids play. 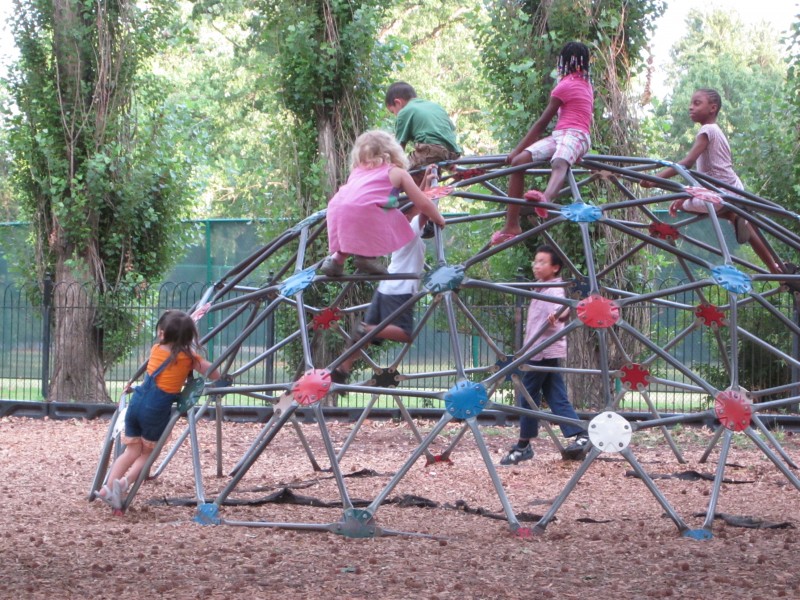 It always ends up that once you get somewhere, its time to leave. After a short while of playing, we got the call to come over. So we packed up the kids and went to Brian and Kelly’s for an impromptu visit. They always have some sort of surprise and they didn’t disappoint this time. They broke out several cans of silly string and the kids went crazy in the back yard. I think Brian got the worst of it. 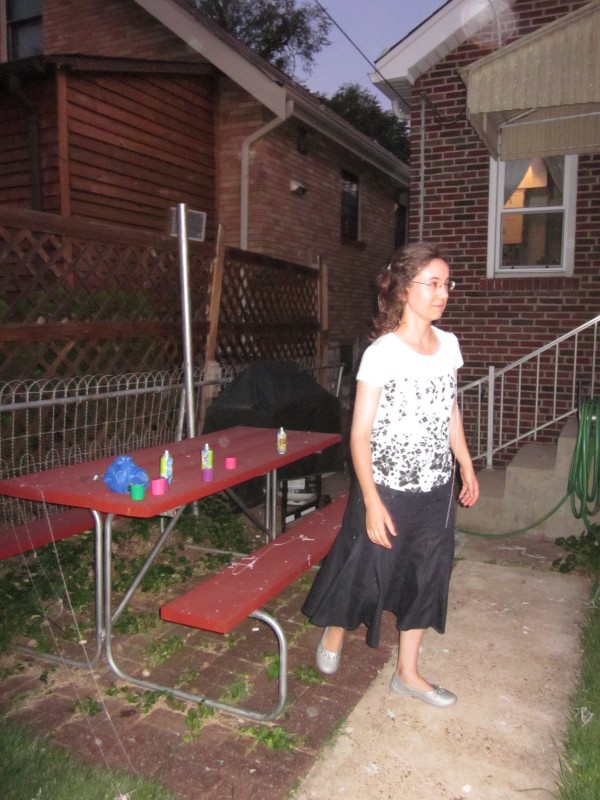 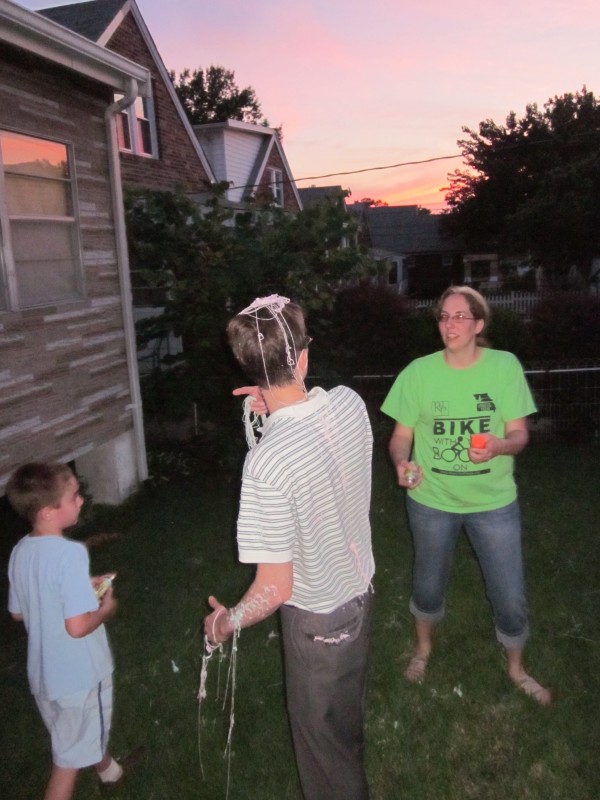 Fresh out of string, Kelly found a bug catching device and the kids started chasing lightning bugs across the yard and had a fantastic time! 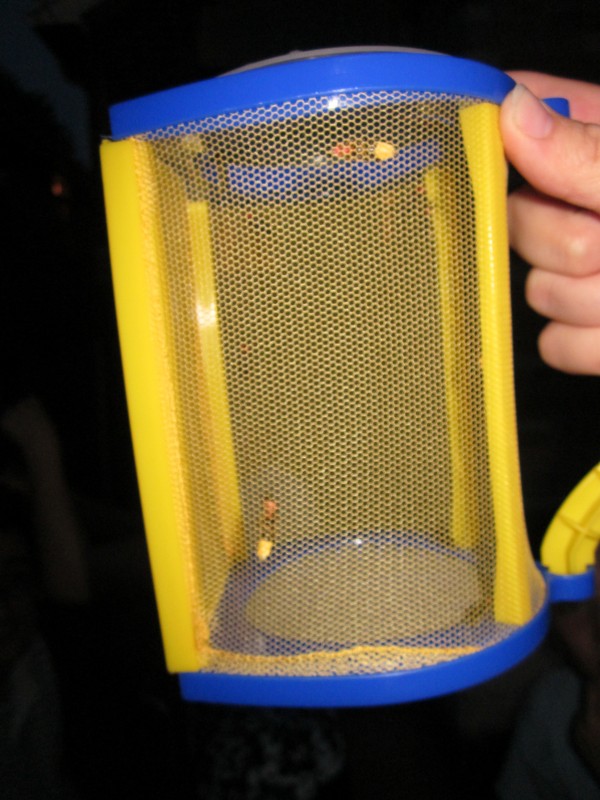 As the night wore down, everybody got tired and that was when our night began. Corvin ended up having an accident and getting staples in his head.