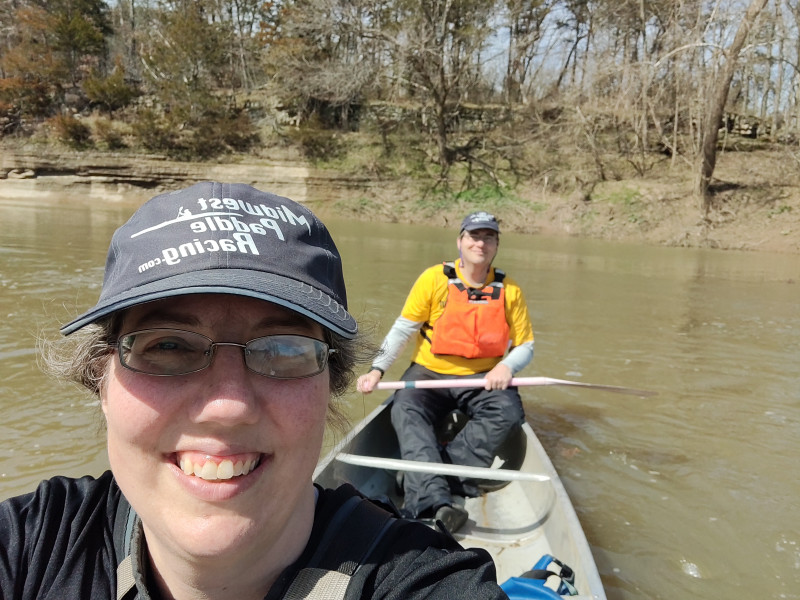 Danelle and I signed up for a race called the Bourbeuse Bluebell. Its a 18.2 mile race on the Bourbeuse river. We planned the trip with our friends, Melissa, Johnathan, and Bernie. The three of them had paddled this section of the river about 3 weeks earlier and Bernie flipped his boat. They wanted to trim some trees to make it easier and safer for all paddlers. We just wanted to see the river and get a feel/practice for the race to come.

When we got to the river, the put in looked crazy and unsafe. It was a steep bank with high current. We hemmed and hawed about if we should skip the paddle as the river would be too crazy for us to paddle. While walking around the area, I happened to see a creek nearby that was float-able and accessible. We decided as a group to launch our boats on the creek and push off into the river and see what happened. It turned out to be a fantastic plan. All the boats got out into the current and passed the fast section and we were in the river.

Turns out that the river was only sketchy in a few sections, but overall a fun run. Here is our first stop where Bernie and Jonathan got chest deep into freezing water (about 50F) and started sawing trees. This was the section that flipped Bernie last time and we  didn’t want others having issues.

Johnathan is in the foreground with Bernie in the background sawing logs (and I don’t mean sleeping). 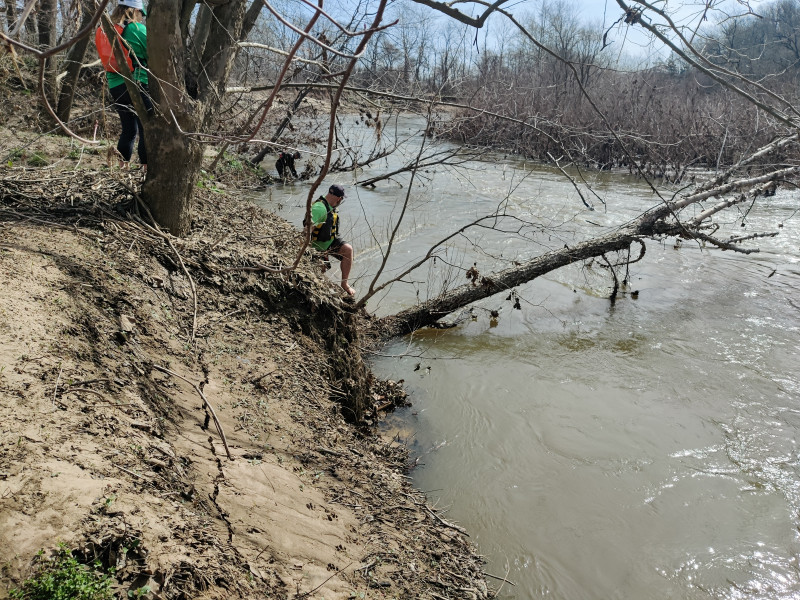 One more view of their good work. There isn’t much room as this view is looking upstream after a 90 degree left turn. We’ll just make a bit more space. 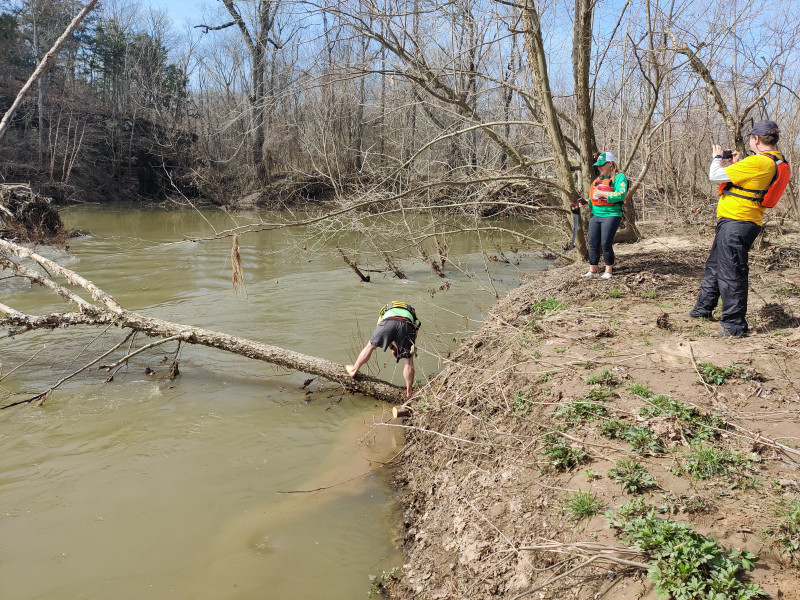 Bernie said that this was the most scenic section of the river, so we spun the boat for Danelle to get our photo.

I’m not sure what I was so happy about, but it IS good to be on the water. 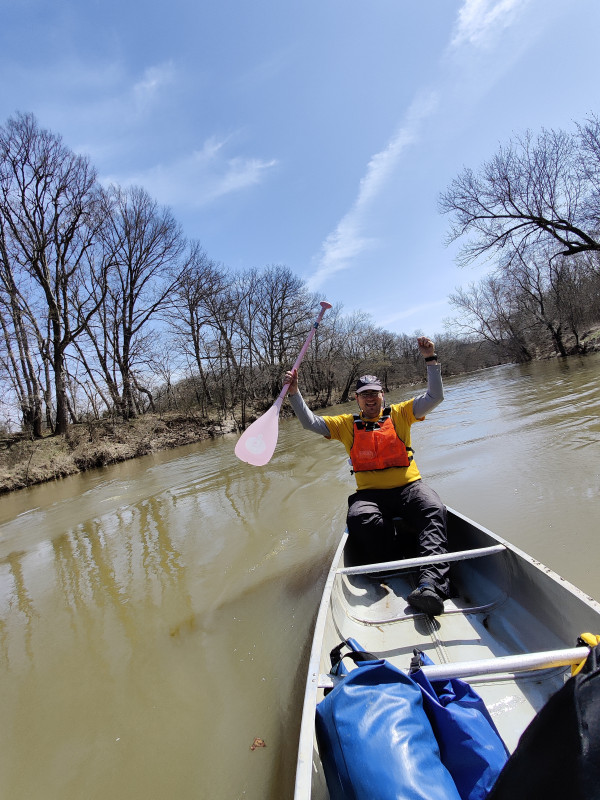 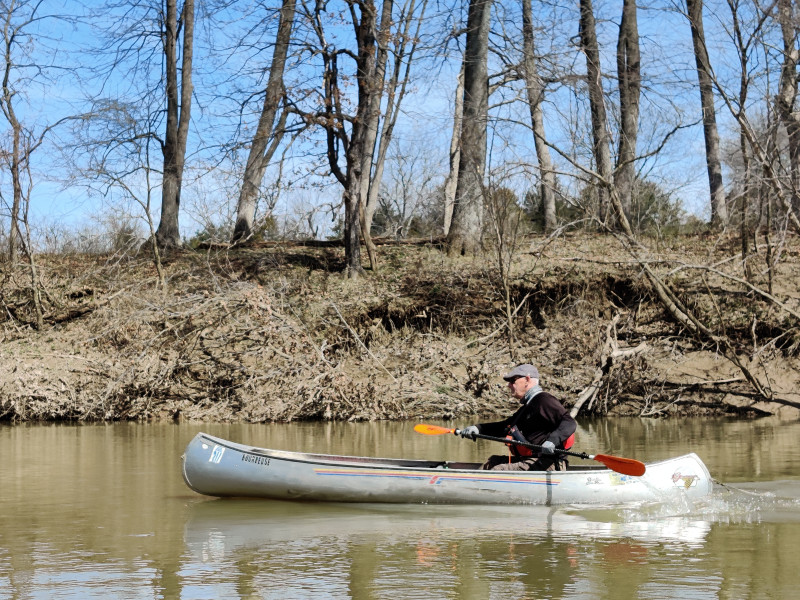 And the second place where limbs were being cut was this HUGE tree that left about a 6 foot area safe to cross. This took about 30 minutes with lots of laughs! 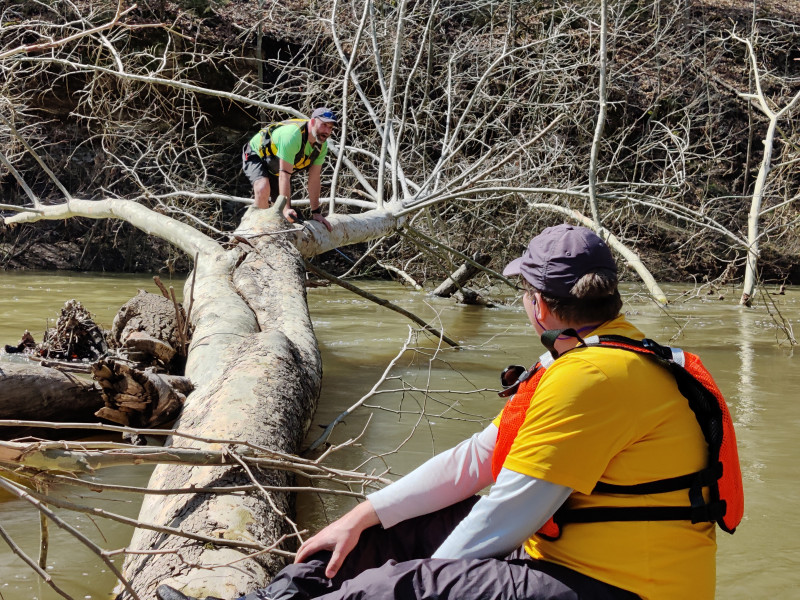 We shuttled Bernie’s truck to the take out before we started, to make the end simple. After we were all packed in, we drove back to the start. There we laughed about the paddling and talked about the fantastic day we’ve had. Danelle and I agreed, it was a perfect day for us.

As we left the parking lot, our car was in electric mode (Hybrid RAV4). I drove slow enjoying the quite and piece. Then when the motor started, I knew something was very wrong. It turns out that while we were paddling some knuckleheads stole the catalytic converter out of our car. Here is the place where it should be. 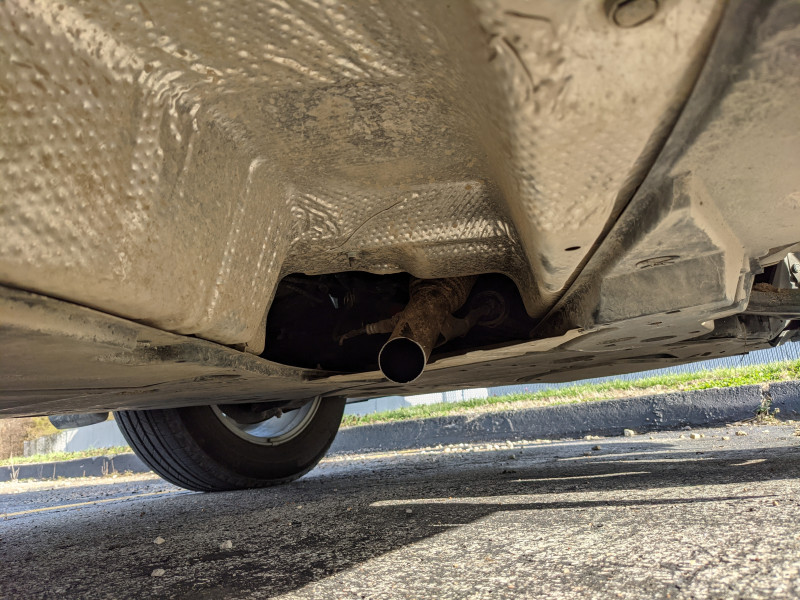 I won’t say much more about it as I don’t want to remember that part of the day. We had to pay our $1,000 deductible to get it repaired and go without our car for a while. Frustrating. Also, driving home about 90 miles without one was unbelievably horrible for the noise!