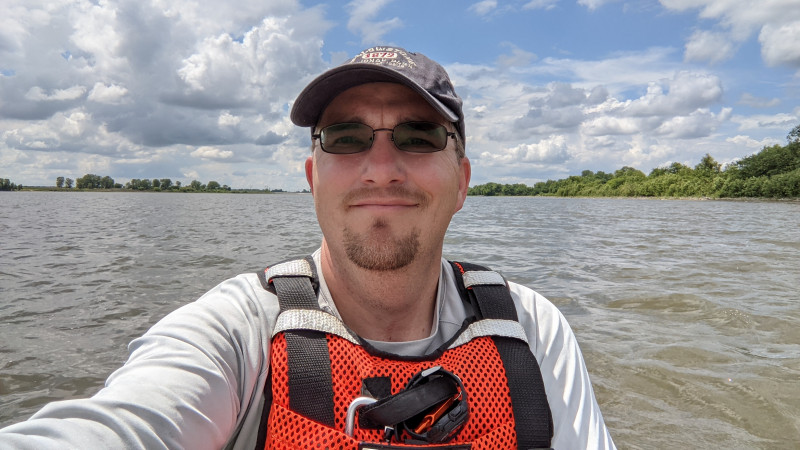 I’ve been wanting to take my Epic V7 out for some more adventurous paddling. Today, I decided to put in near the Melvin Price Lock and Dam and go upstream in Alton. I started in the Alton Slough where I found that the water is extremely shallow. I had a hard time going out and coming back and nearly had to get out and walk the boat.

Once out, I was happy that there were not many recreational boats out and about. My V7 is approximately 22 inches wide, so it takes a decent amount of balance when the water gets rough. I’m getting used to it and hardly have any issues, but don’t want to push my luck. Calm water means I can stop for an occasional photo as well.

Looking out from the Alton Slough to the Melvin Price Lock and Dam. I’ll paddle within about 3,000 feet and then turn upstream away from that monster! 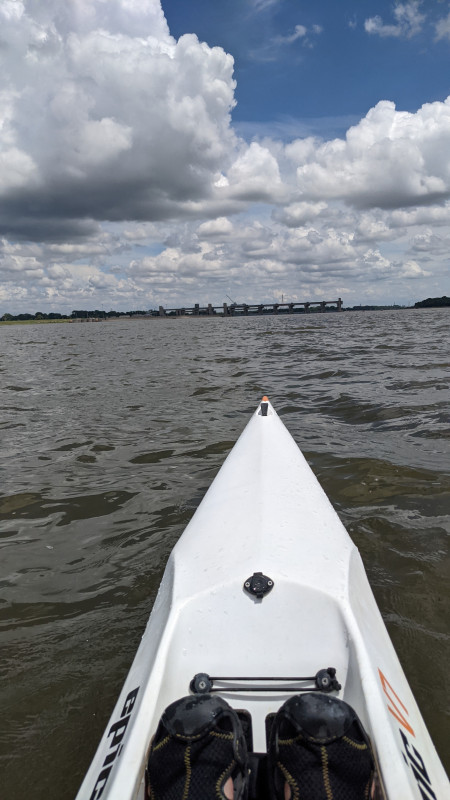 Of course, what photo session would be complete without a selfie 🙂 Its important to have a high visibility piece of clothing on. This is an active barge area and I’m already a very small target.

I cautiously crossed the whole Mississippi river going to the north side. I wanted to paddle near the city of Alton, Il. Shortly after crossing a large barge did lock through. I choose to pull way over and give way for my safety. Eventually I made it up to the ever so tacky riverboat casino. 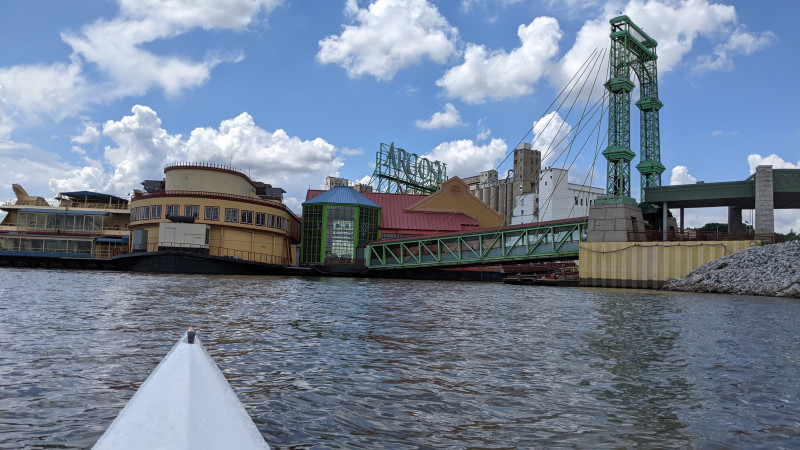 I wanted to get a decent paddle in so I continued heading upstream. I ended going up to the Harbor Point Yacht Club and going through to look at the boats parked in there. I had to continually slap my paddle against the water when I was in the cove of the yacht club to keep the Asian Carp aware of my location so they didn’t jump at me. I had no idea there were so many expensive boats in the St. Louis area and yet at that moment, I wouldn’t have traded my V7 for any of them!

I thing the view of Alton when paddling downstream is a much better look at the city. 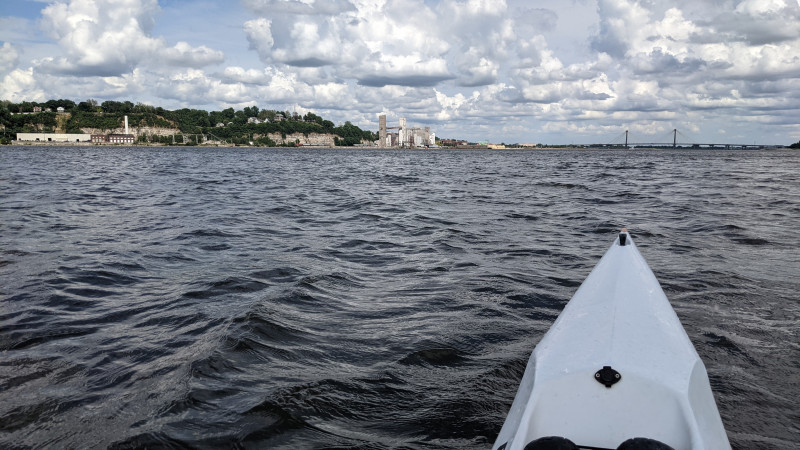 I made it over 10 miles with no close calls or tipping the narrow kayak over. I’ll have to make more paddles out here on the Mississippi River!