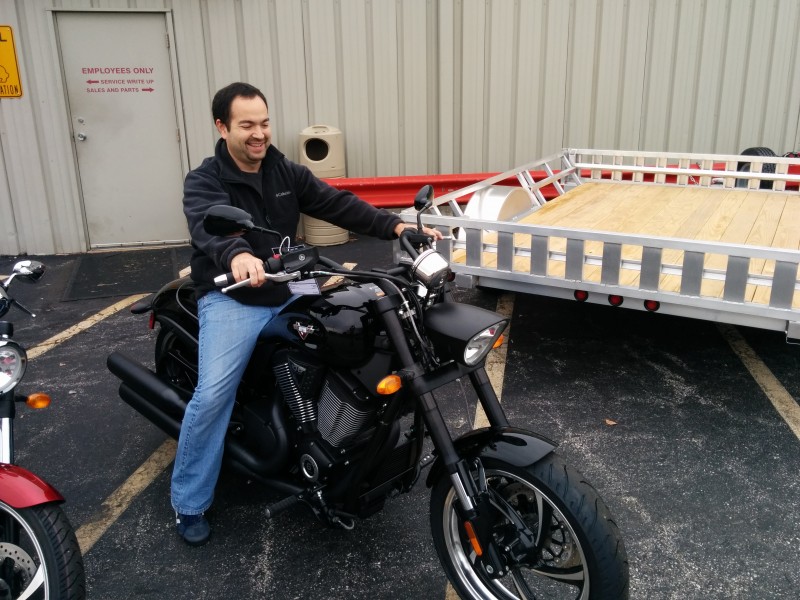 I met Eric Ent early on a Saturday to do a demo of Victory motorcycles. We met at the dealership and walked around looking at all of the motorcycles. Lined up next to a semi truck were about 20 examples of Victory’s finest bikes ready for us to try out. Eric is a newer rider, so he is always curious. He sat on a few and found one he liked. But as we got closer to the demo, he declined to do the demo. He was worried his skills would not be enough. Even so, he looked good thinking about riding! 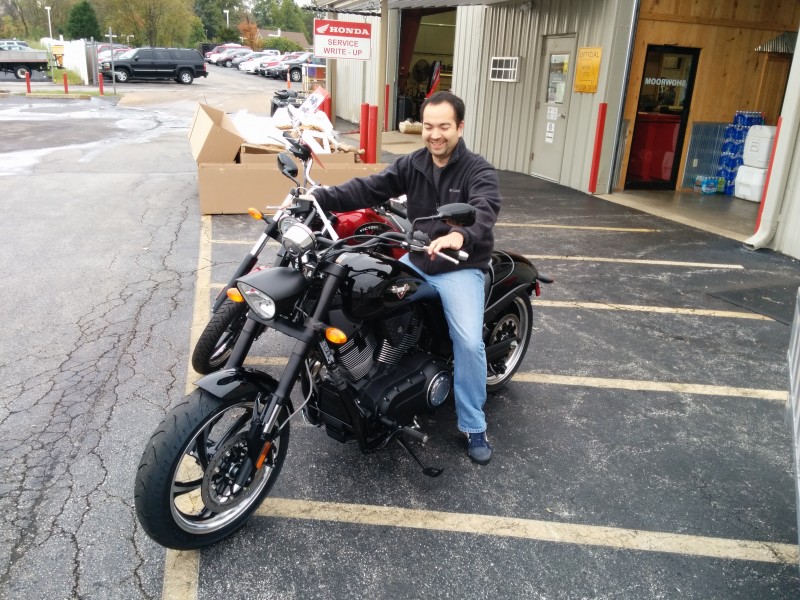 Me leaving the parking lot for the demo ride. The bike looks good. 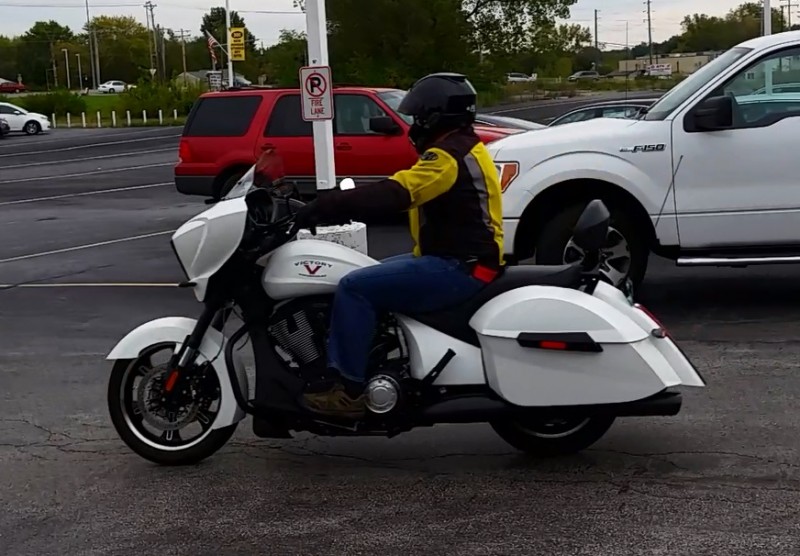 I’m not much of a cruiser when it comes to motorcycles. I have a sport touring bike that I enjoy very much. I was looking forward to this demo. Many of the cycle magazines extol the virtues of the v-twin motor and how much torque they have all the way through the power range.

Sitting on the bike, I got everything adjusted and moved my leg very far forward to shift into first. Then took off in the group. I immediately noticed that the foot controls were a far reach. I was not comfortable using the rear brake or shifting as it unsettled my riding position and had me feeling slightly off balance. I didn’t look forward to stopping as reaching for the shifter and rear brake required lots of shifting.

The handle bars were very long to get to the front of the bike, so it had poor response at low speed. Even with all these faults, I was looking forward to the massive power that was reported. Again I was disappointed. This bike is a heavy pig, robbing it of any excitement a large motor should have provided. When I laid on the throttle, I waited for the power to come. Unlike my Concours, there was no fear from from the acceleration. I never felt like it was every close to out of control as the power came on slowly.

I’ve come to the conclusion that Victory bikes are not for me and the reviews  for new bikes are to be taken with a truck of salt!

Thanks to Victory for the demo ride, but your products are not for me.

Getting back on my Concours, I was quite happy to ride my own bike home. I even reached a mileage milestone on the way back. 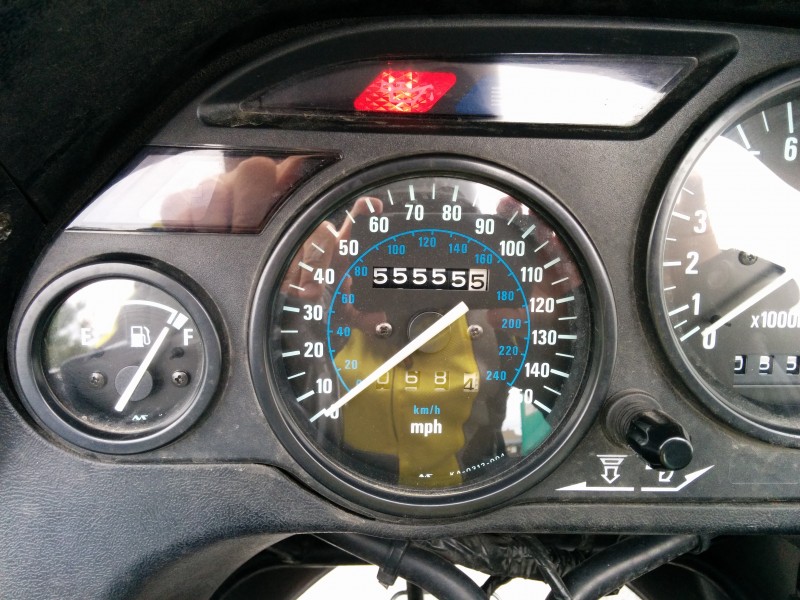