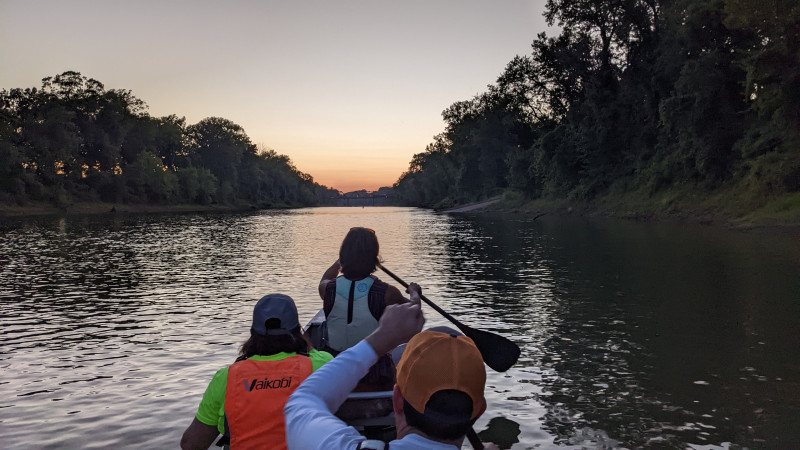 I received a message from some paddling friends, Scott and Dot about paddling the Sunset Race. They had never participated before and were interested. They asked if I would bring out the Beast (our 4 person Grumman Canoe) and of course I said yes.

By the time they arrived, I had already unloaded and prepared the boat. Jo Jo was in the front with Scott and Dot in the middle and me steering.

With the four of us, it was easy to move upriver, even getting almost to the bridge before saying it was good enough against the low water. 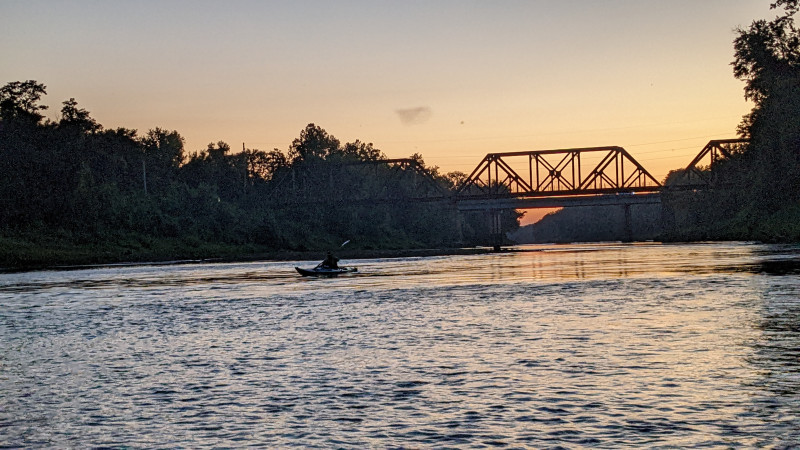 Don’t remember who else was there due to a lack of photos and (my) memory, but it was a great time out with wonderful weather.