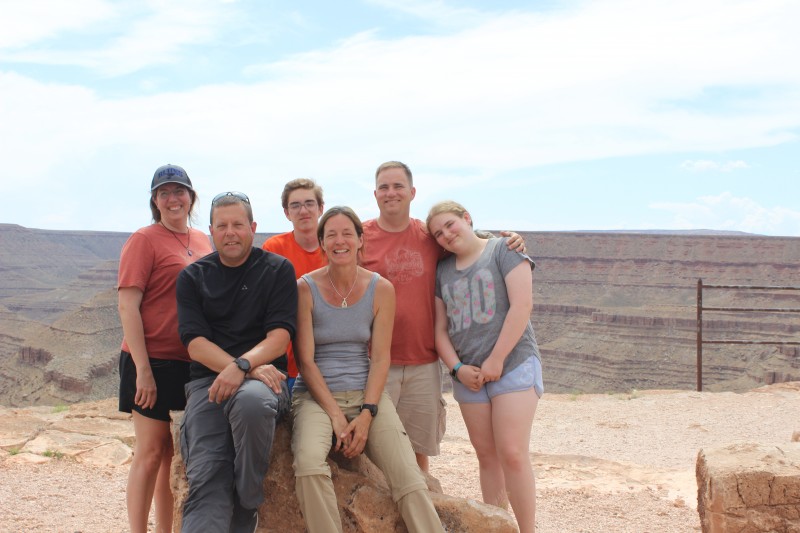 Danelle got up early and went for an early morning walk with Corvin to get photos of the sunrise. 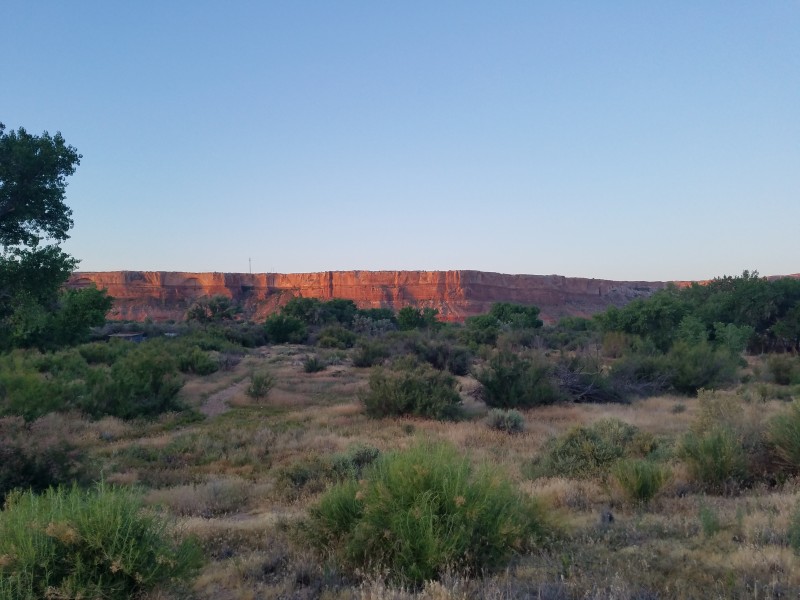 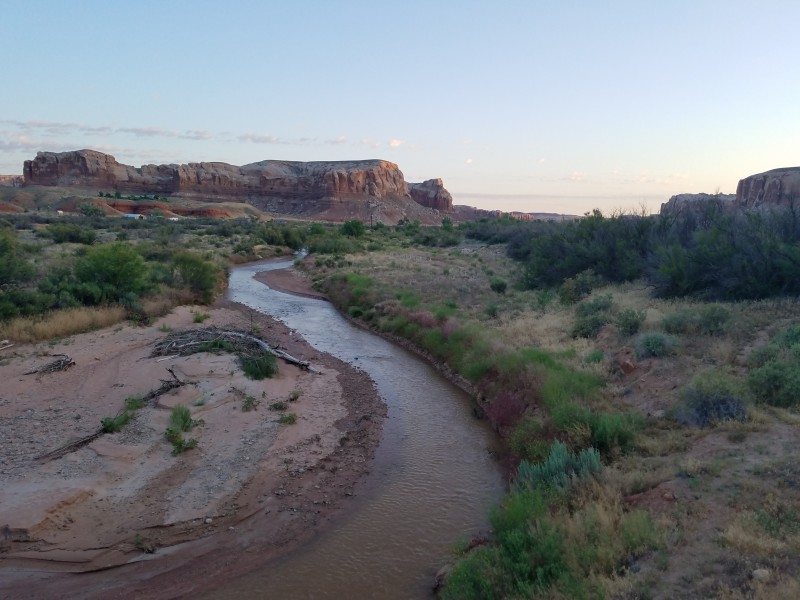 When she got back, I went for a short walk with Danelle. Then we went to the included breakfast. This is a small motel and about the only place in town. It felt like every person staying was getting breakfast at the same time. We grabbed some food and went outside to a picnic table. Since breakfast wasn’t that great, I had alternate plans. From the night before, the gas station/general store next door was making big cinnamon rolls. I ended walking out with one cinnamon roll and a slice of breakfast pizza. Unfortunately for me, the kids got to it first and I was left with nothing. Its okay though as the kids are more important!

Not far from Bluff,  Utah is Mule Canyon. It took us two tries to find it including asking some friendly campers where it was. The canyon had a semi-wet creek that went through the center of it. The vegetation was lush all around. Several different flowering plants were showing their colors. The peak of the hike was a “house on fire”. It is an old home of rocks made against the cliff to create protection from the elements. The signs asked us not to go in to protect the history. In reality, as typical Americans, most of us could not fit into them. The door was smaller than most car windows. They offered little protection. 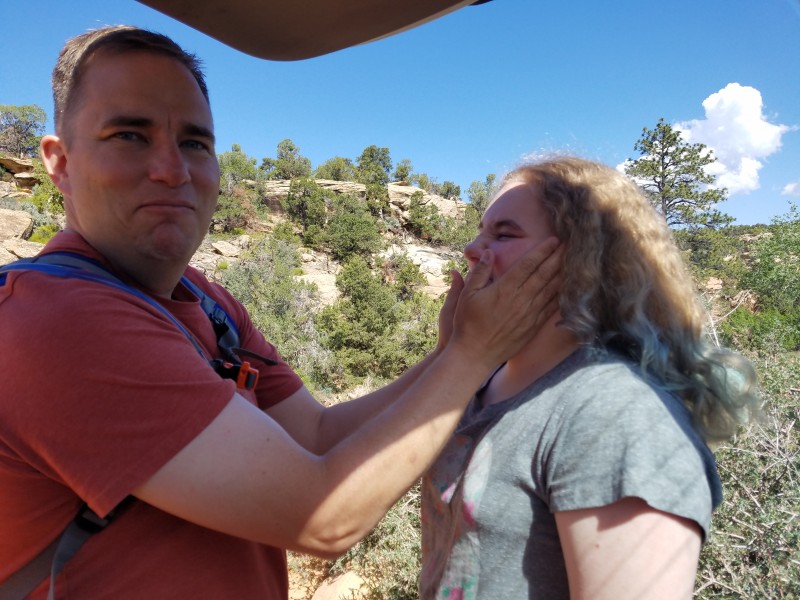 Corvin can still fit in the smallest places. 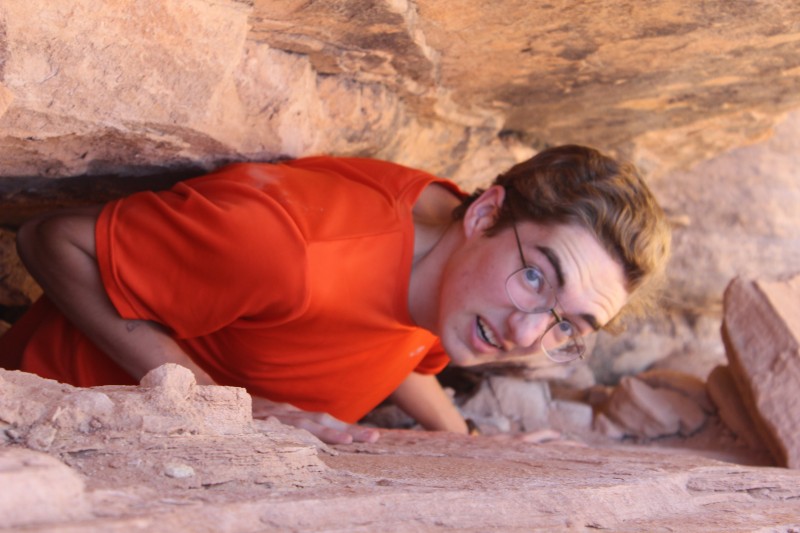 Its very dry out, but the vegetation is abundant near the creek. 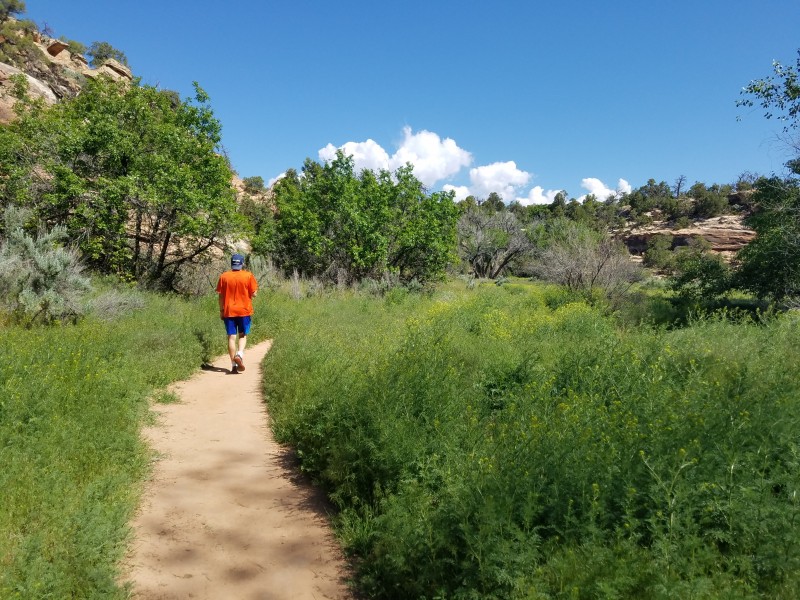 The famous “house on fire” in the next few photos. Its an optical illusion depending on what time of day you show up. 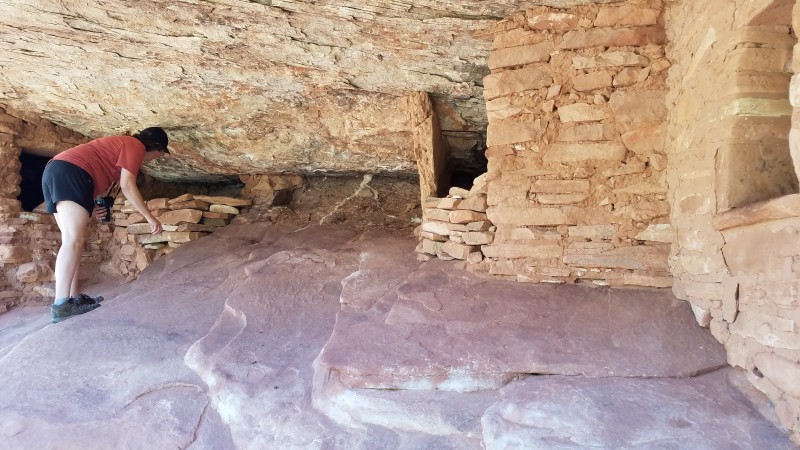 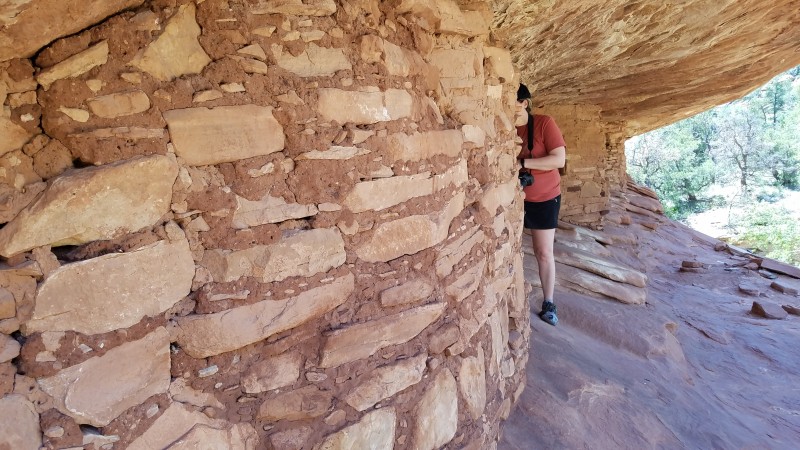 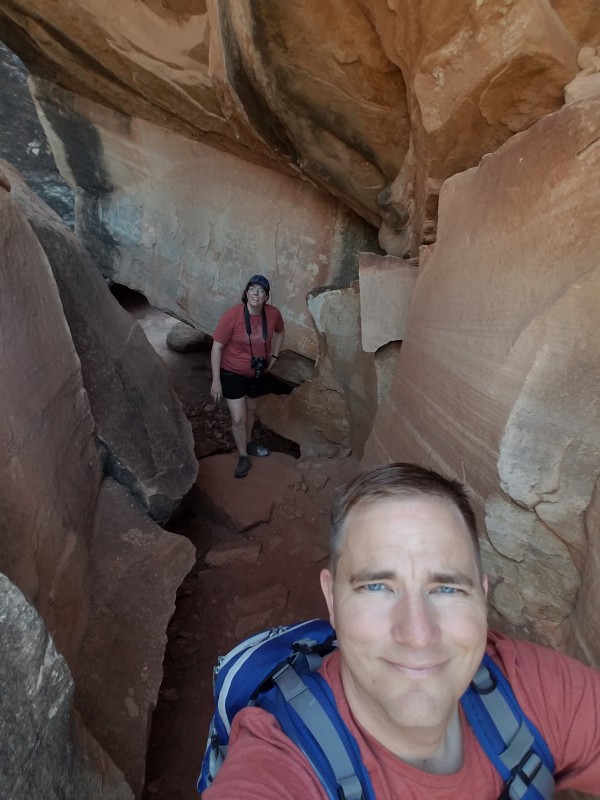 Some time after this photo, I was climbing around on rocks and had a rock break under me (I get it, I’m fat) and I fell a few feet. I’m not sure exactly what happened, but one of the rocks landed on the top of my right foot. It took a few hours, before pain registered and I’m limping now… Corvin and I hiked nearly one additional mile back and up on the rocks in the canyon before coming back to the van. It was great to get out and get to play in this environment. 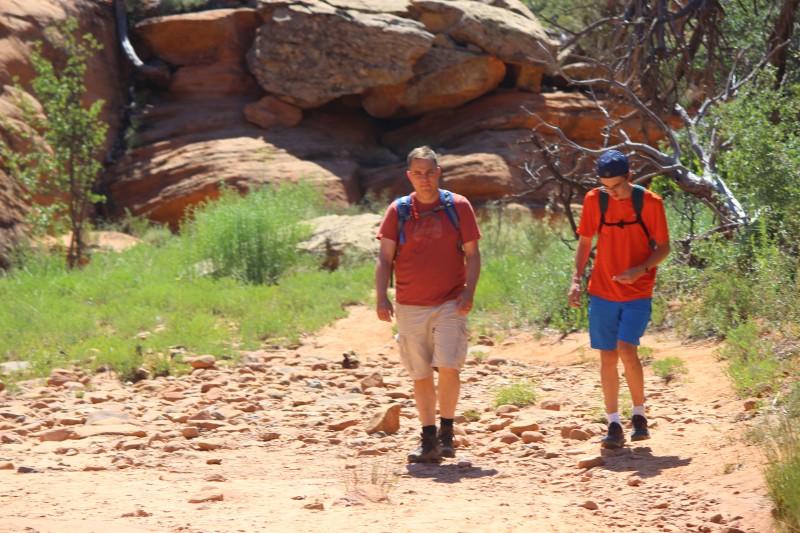 Unfortunately for Danelle and Sonora, they walked back to the van while Corvin and I walked farther down the path. Unfortunate because Danelle didn’t have any car keys. They had to wait till Corvin and I came back, and they were out of water. It all worked out, but we were all ready for some air conditioning and rest while we drove to our next destination.

Next up was a drive to the Moki Dugway. When we got there and stopped for photos at the top, I talked to a guy who was also getting one and he directed us to Mulley Point before going down. The view was worth the extra 30 minutes to get a cliff top view of the whole area!

The 4 photos below are Mulley Point. Its hard to describe how great it is at the top looking out on the valley! 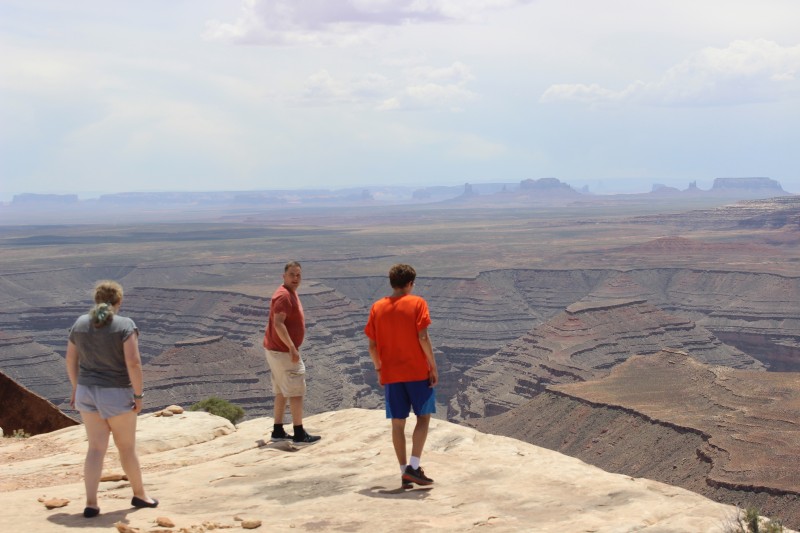 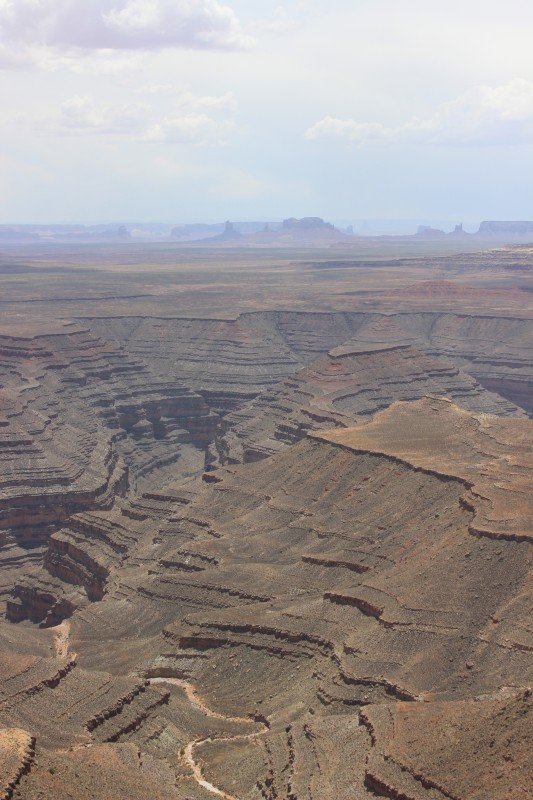 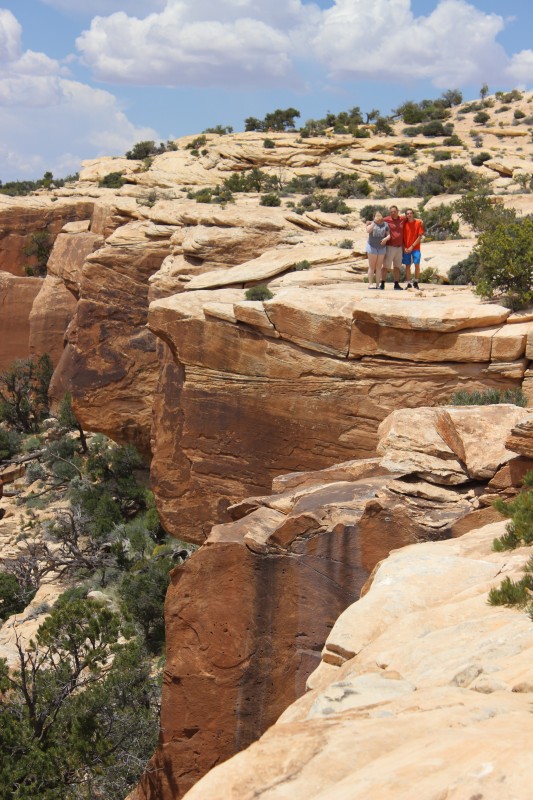 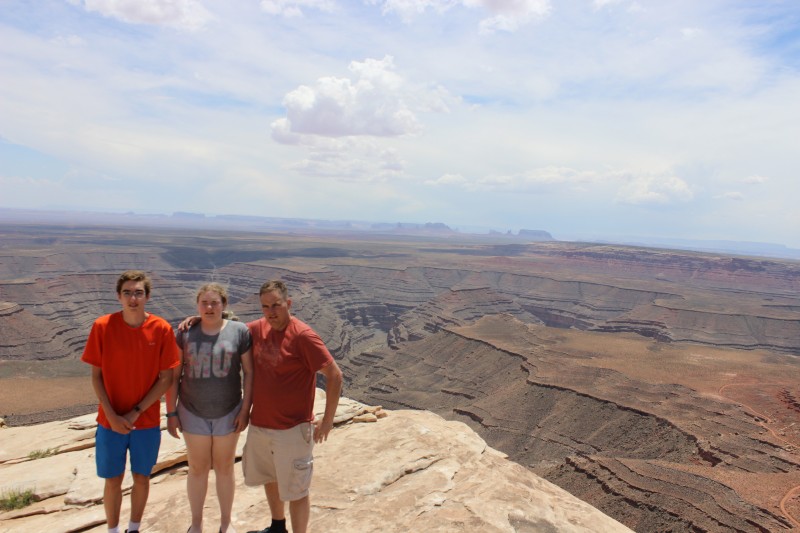 Its hard to describe driving down the Moki Dugway. its a bunch of switchbacks in the side of a mountain with not a lot of room for traffic. Sonora had her sliding door open when her side of the van was open to the drop off. Don’t worry, her seat belt was on! 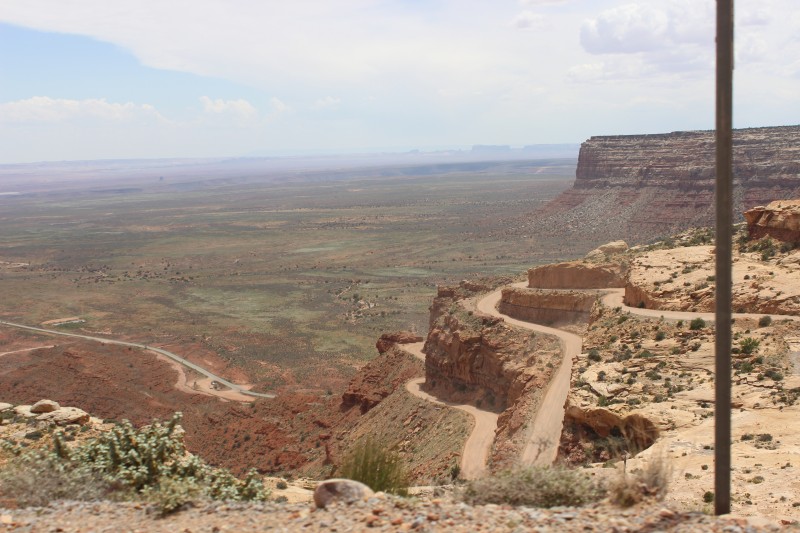 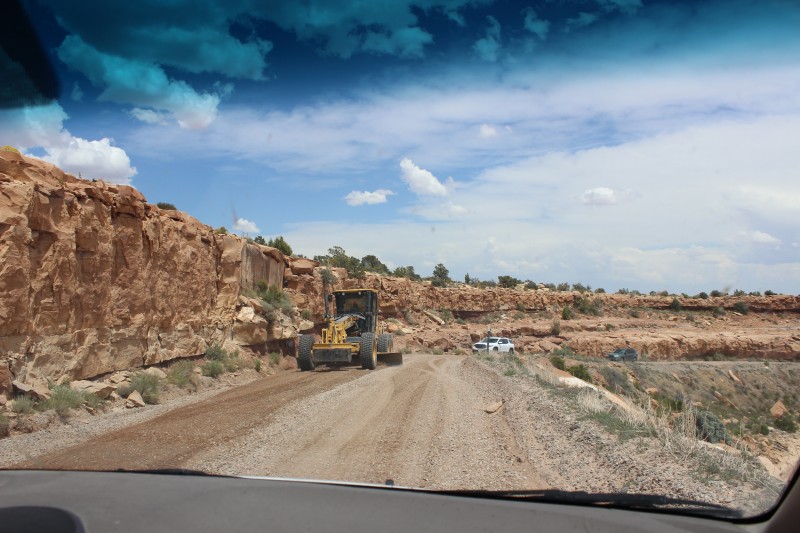 At the bottom of the Moki Dugway, I decided to take a chance and turned on the road for Valley Of The Gods.This is the valley we were staring at from the top before driving down. Its fair to say that we were the only minivan driving this road and there were some places that it got a little iffy, but overall a great drive.

We were quite hungry and found a local place in Mexican Hat, Utah. They served “River Rat” pizza, and it was perfect. We had a nice chat with the lady that owns the place and she seemed grateful for our visit.

After lunch, we backtracked a bit to go to Goosenecks State Park.Its hard to describe the beauty at this park. We managed to see a few rafts down on the San Juan River as well. Also of note, we saw JoJo and Jason there. It was a complete surprise! I had no idea they would be out this way on a trip the same time we were out there! 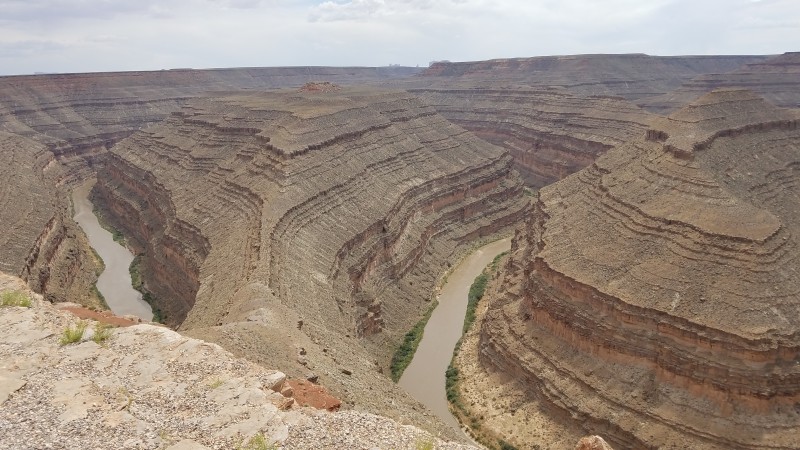 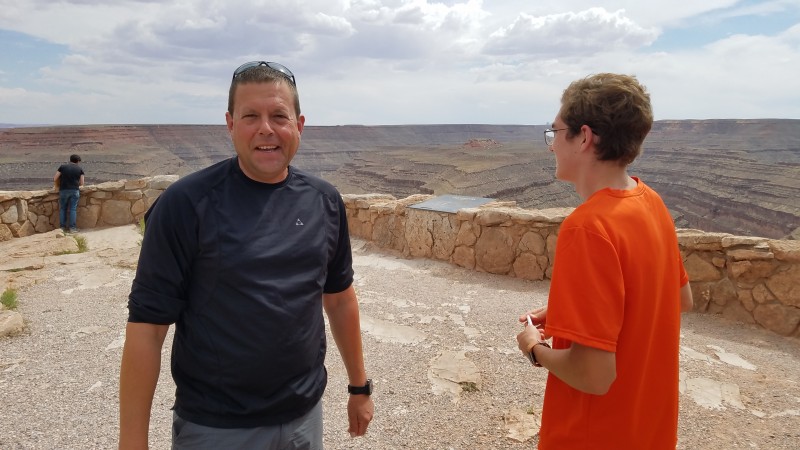 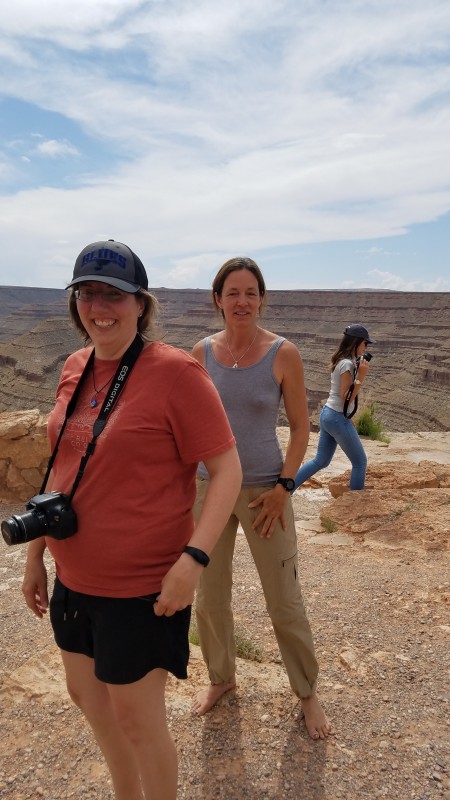 Jason’s mom (Mary I think), was kind enough to get a photo of the group of us.

The kids and I climbed down for a better look freaking out Danelle a bit, but it gave us the adventure out of the car that we were looking for! 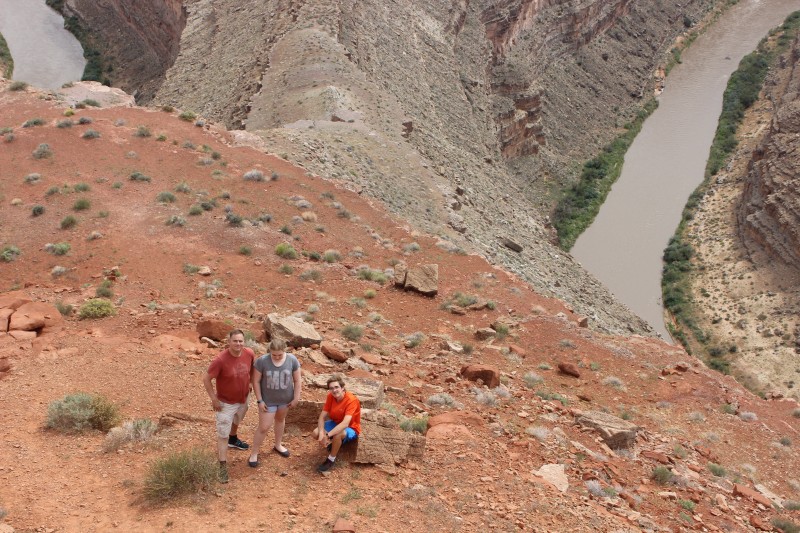 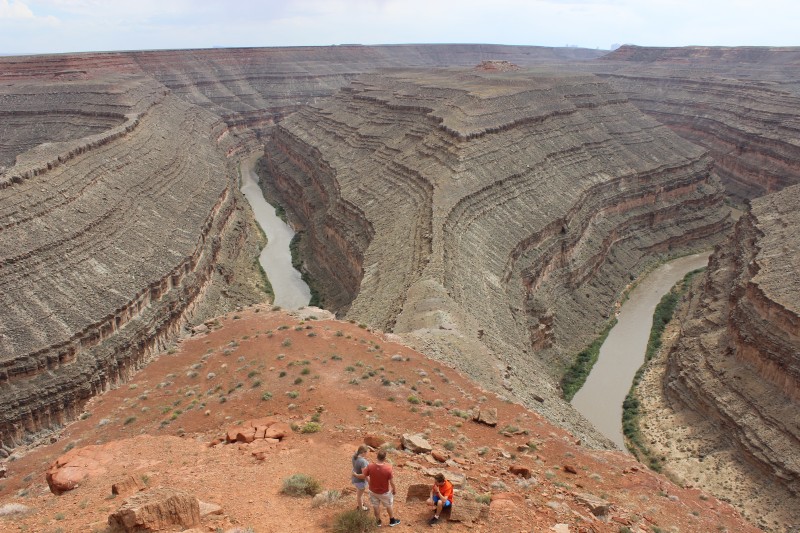 .Eventually, it was time to move on. We made a long drive to Page, Arizona to spend the night before tomorrow’s adventures. But before going to sleep, Corvin and I went for another walk to use up some excess energy. Also walked to stretch out my hurt foot.