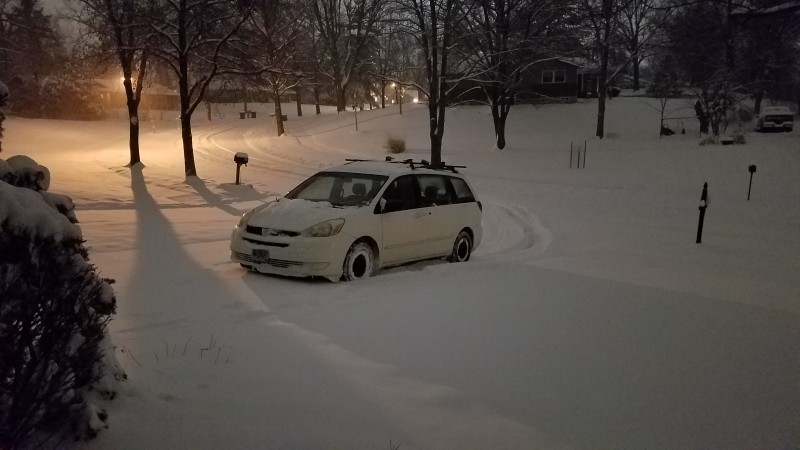 We had a large snow storm hit St. Louis and I decided it would be fun to go out driving in the snow. Corvin was excited to join me as he also wanted to drive in the snow. I picked a decent sized street and started heading west. I had an idea where we might go, but decided to just see where the weather took us.

As it turns out, I found a very well lit parking lot with about 8 inches of snow in it. I started off driving around. Eventually, Corvin got his first turn driving in deep snow. It was great practice for him, but he was not ready for the streets. It turned out to be a great decision as there were at least 100 cars off the road during our drive. I was worried several times about if we would make it or not. 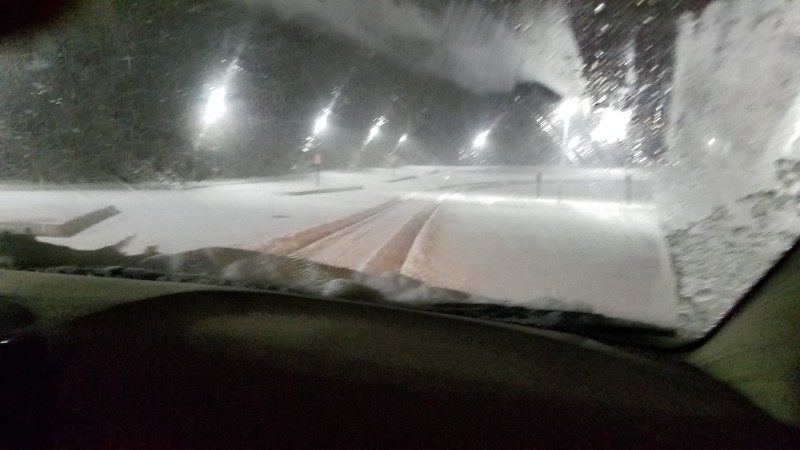 When it felt like we could go no farther west and should o home I decided to risk it and just surprise Steve at his house. So we drove over and parked in his driveway. He wasn’t answering his phone, but that didn’t stop us! Ring on the doorbell a few times and text him some photos. 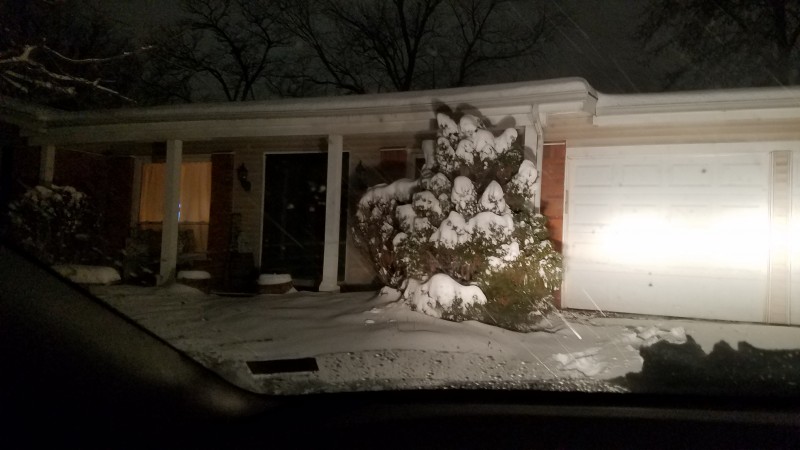 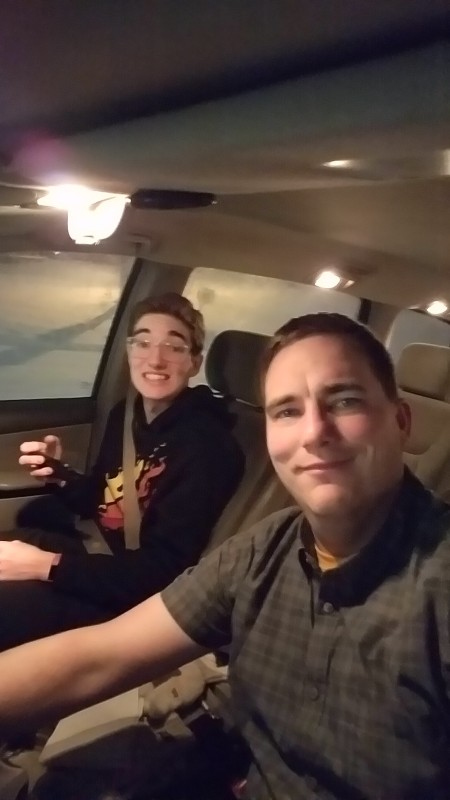 To make a long story short, we were at the wrong house and he wanted to know what was going on. I apologized and we moved on. I called Jackie and got the right house number and we had a nice laugh about it.

I was glad the neighbor stopped us before we really scared the homeowner of the wrong house. It was a great adventure with Corvin!