One of the best things about a cold winter day is finding a nice warm indoor activity. With a bit of luck, I convinced Danelle and the kids to join me for the show. We parked and walked a few blocks to get into the show at the America’s Center. Like a bad parent, I didn’t notice that Sonora was wearing a dress that day. Her little legs were frozen by the time we got into the show.

Danelle wasn’t expecting much for the show. It is sort of a boy’s thing. I expected her to complain after an hour and want to go home. I wasn’t sure about the kids either. However, once we got into the show, it was the case of imaginations going wild. The kids went from boat to boat with pleasure looking at each of them. Danelle and I followed thinking about how much they were and what we would do with them. I’m pretty sure that Danelle was more playing along for my enjoyment, but it worked for me! 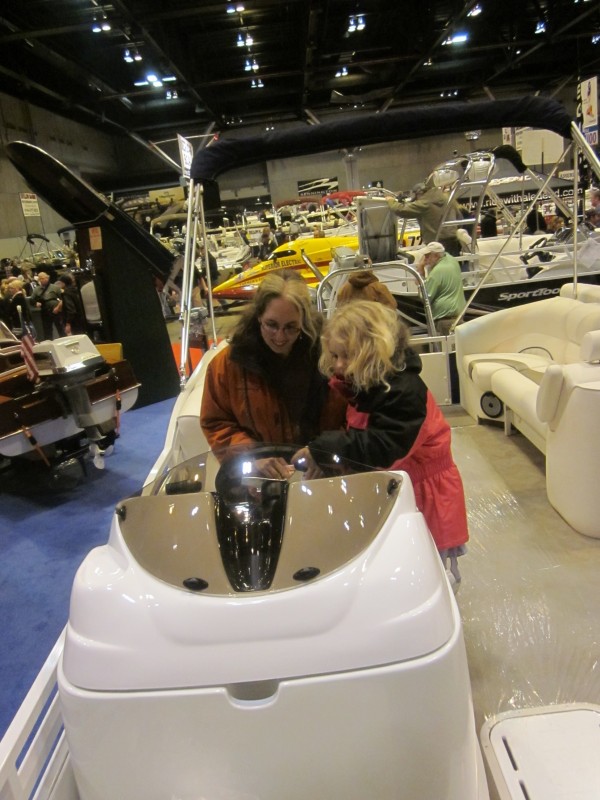 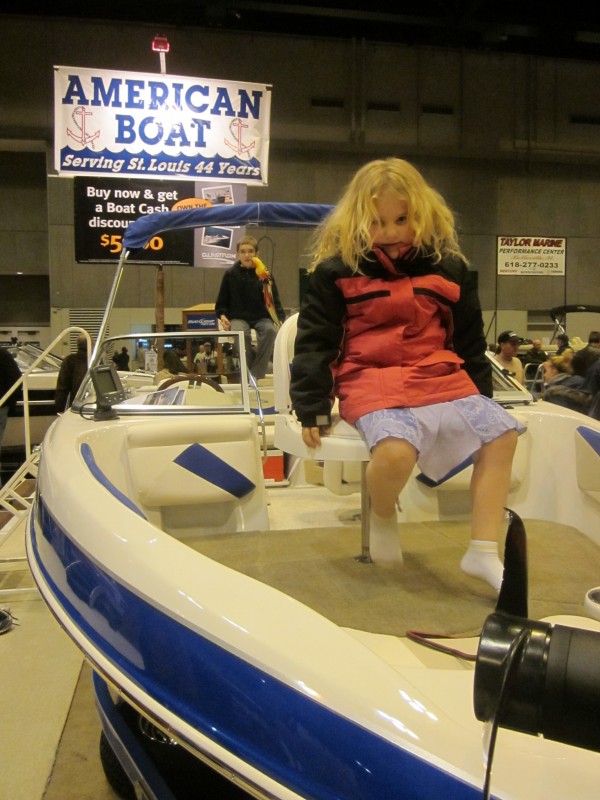 We ended up at the St. Louis Sail and Paddle booth looking at Hobie Cat kayaks. Danelle and the kids each took a turn sitting inside the boat and trying it out. I worried a bit about it breaking under my weight, so I skipped. This ended up being a very expensive booth. It took about a month after the show before we test paddled and ultimately purchased our own Hobie Cat Adventure peddle powered kayak. 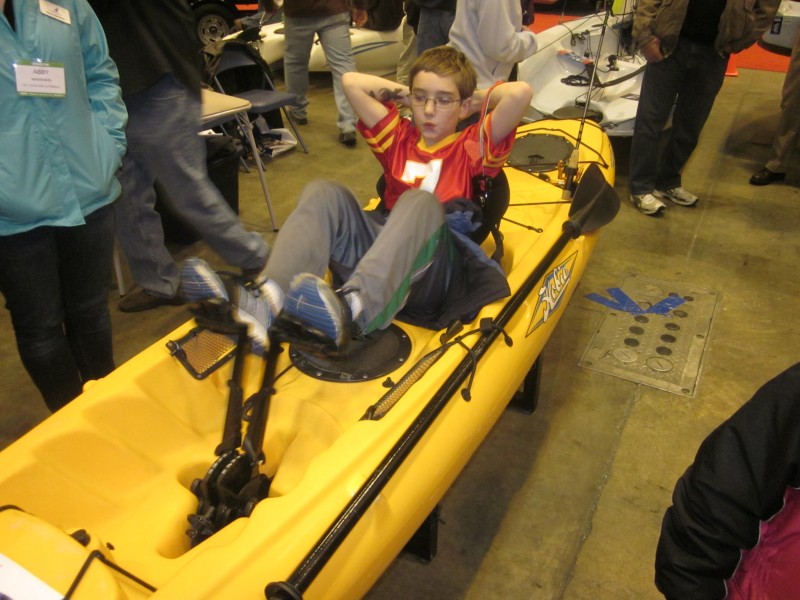 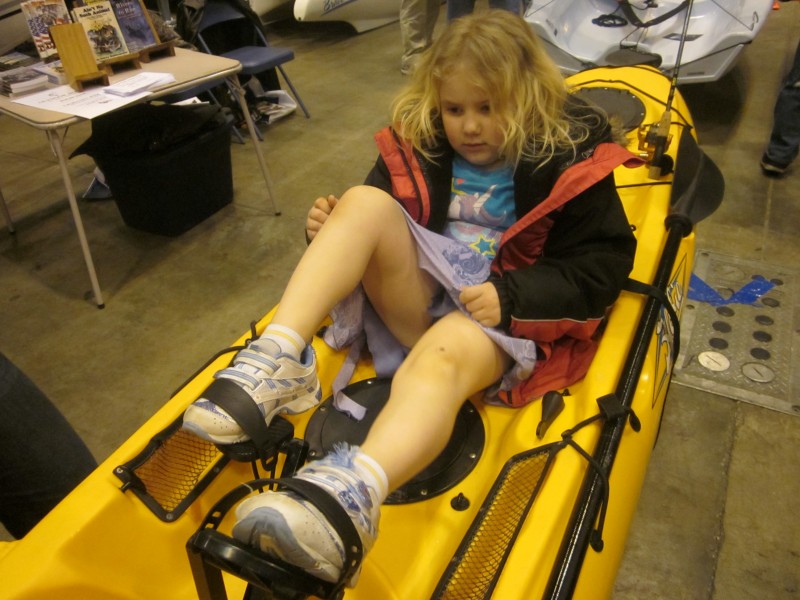 After looking at tons of boats, we ended up looking at a dog show. Not the traditional one where people walk around in suits and skirts showing how pretty their dog is. Instead, this show was put on by Dock Dogs. This group takes dogs and has them run down a platform and jump off a “dock” into the water. There were dogs of various sizes, but the smallest dogs seemed to go the farthest distance. It was actually quite entertaining to see the dogs jumping into the water. 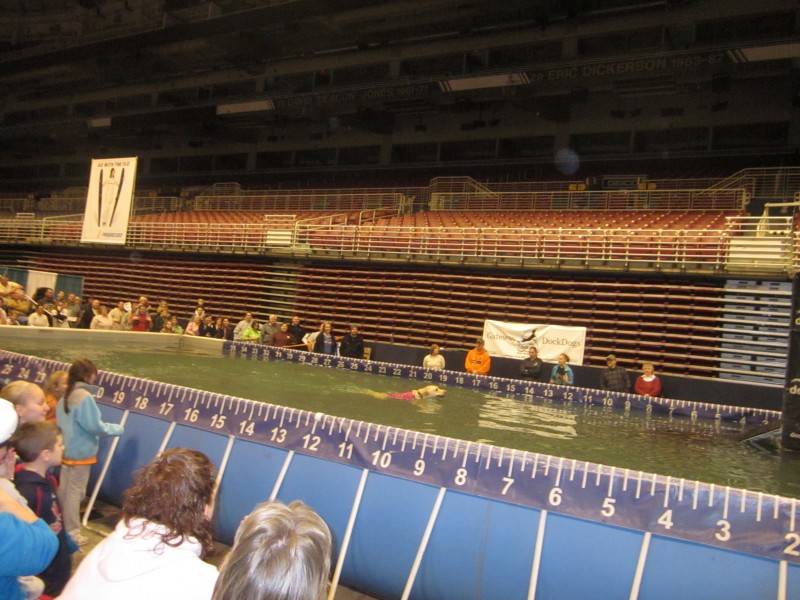 No boat show would be complete without pirates. There was a business promoting their new pirate parties. They are in the process of converting a bus into a pirate ship and have a boat that looks like a shark. 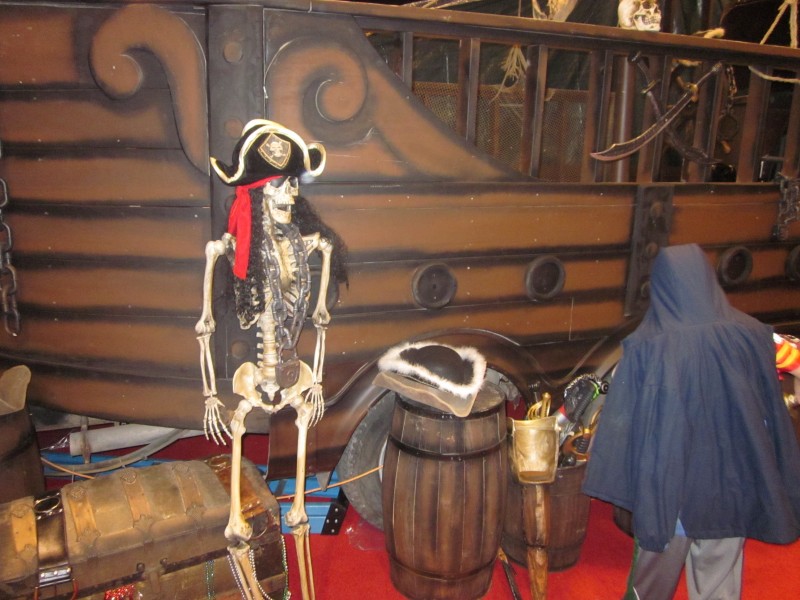 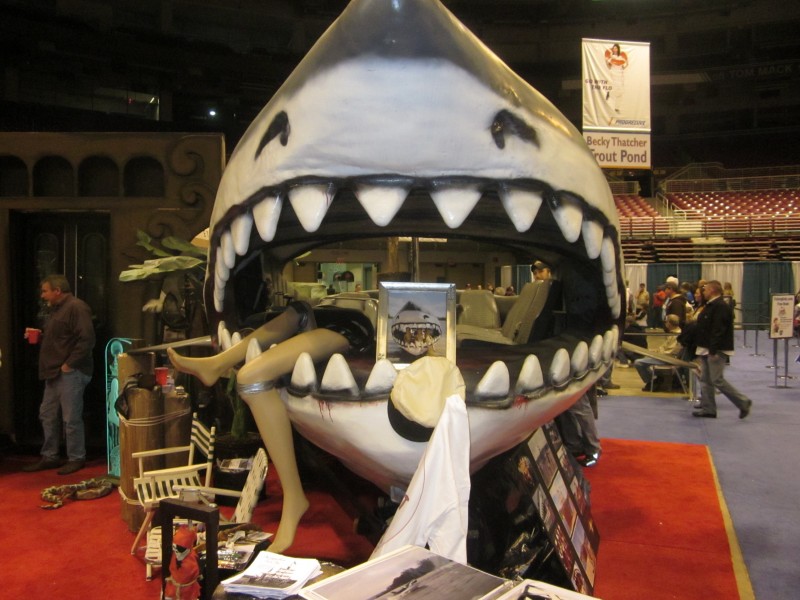 The last thing we did before calling it a day at the show was visit the fishing booth. There was a multi-thousand gallon tank of water stocked with hundreds of fish. They offered fishing poles with fixed length line and lures on the end. Each group had five minutes to catch as many fish as they could and release them back into the water. Somehow, the team of Sonora and mom caught more than dad and Corvin. 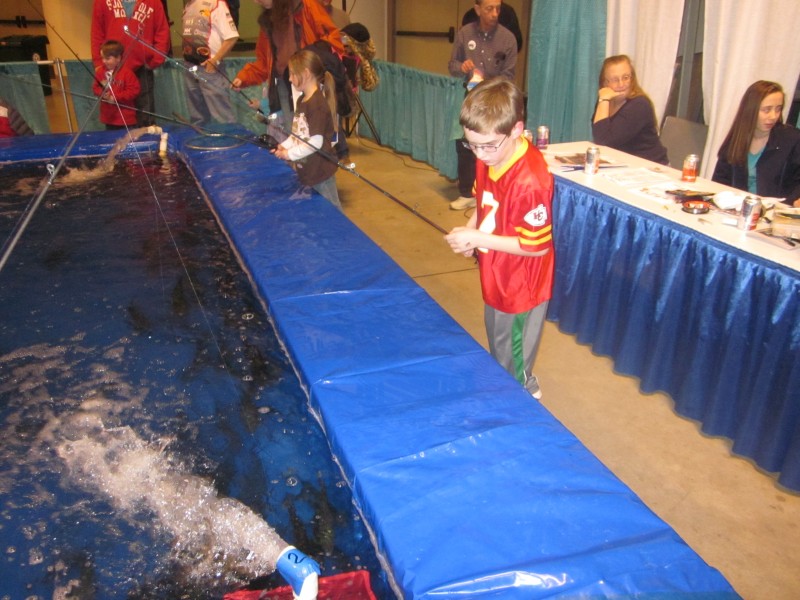 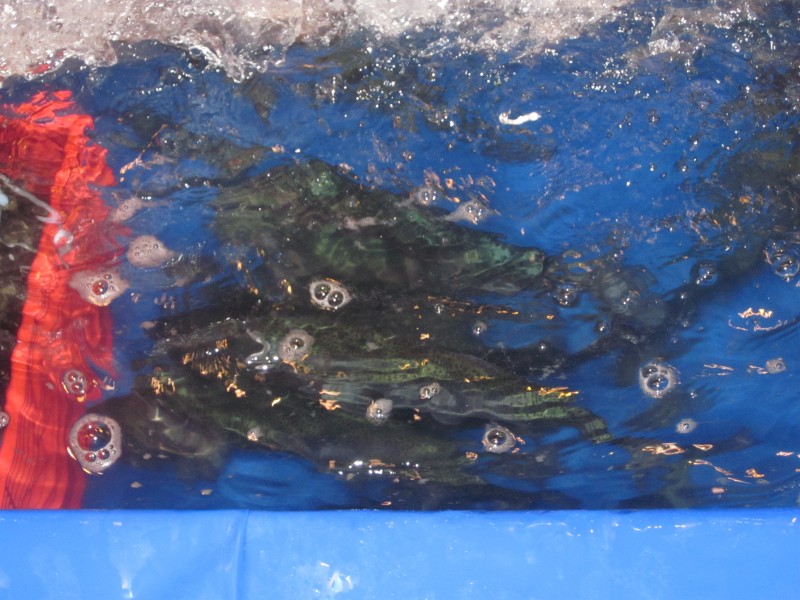 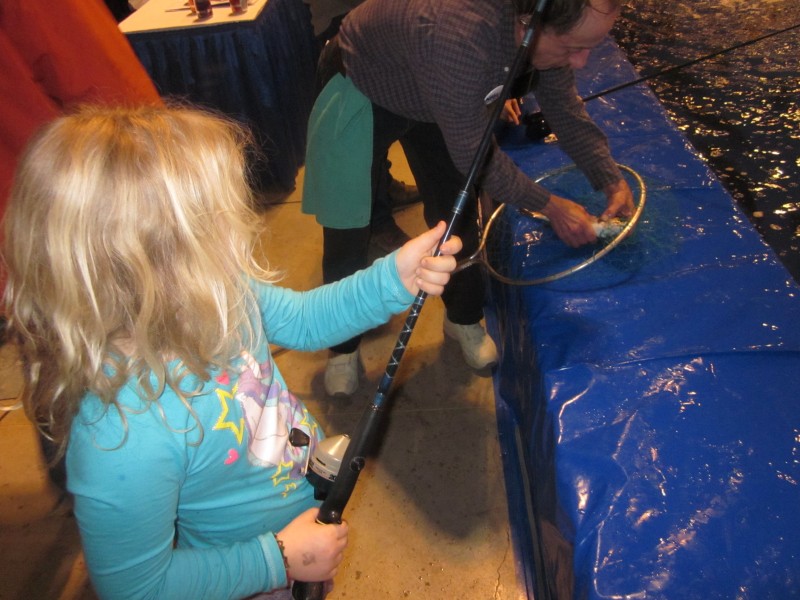