The big day finally arrived. The wedding was on Friday. Ryan picked me up early in the morning with his brother. We were going to St. Charles to take photos before the ceremony. First we had to run to the grocery store and pick up a few things. They decided to have a kids table with some activities to make the reception more friendly for kids. This was a great idea and a hit with the kids! 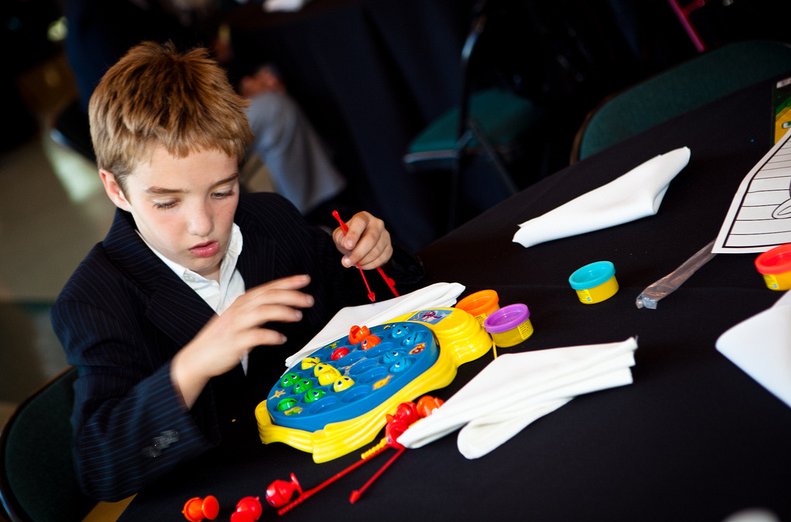 We were all business once we got to St. Charles. The guys met at a brew pub for lunch and a few beers. Here we reminded Ryan that it wasn’t too late to back out 🙂 True to form, his buddy Rich was a bit late showing up for lunch. OK, he got there after we finished his food, but Ryan unfortunately expected that. 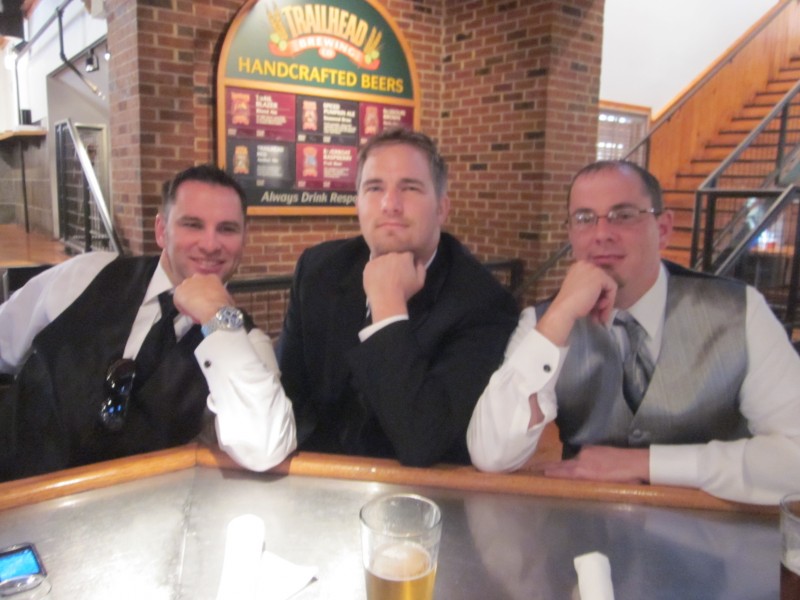 We went from lunch to the Lewis and Clark boat house to start photos there. It was a great location and the weather was perfect for photos. Then it got interesting. The guy with the flowers showed up and left flowers for the wedding party. He promptly took off somewhere else and the guys were alone again. Then the fun part happened… Shannon from Conner Photography showed up! It turns out that the wedding photographer was a married couple. While we respected the fact that she was married, we still appreciated having her around to take our photos and direct us!!! It later was revealed by a few ladies that Joel was no slouch either 🙂 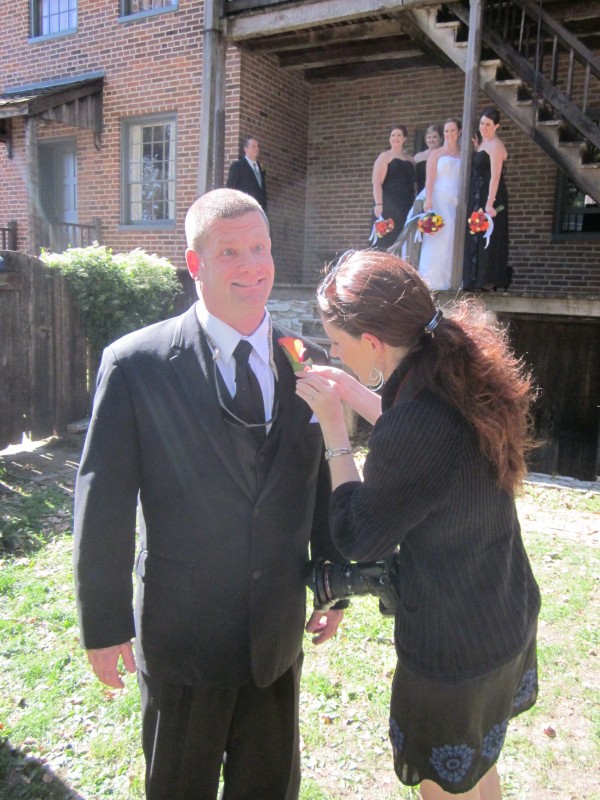 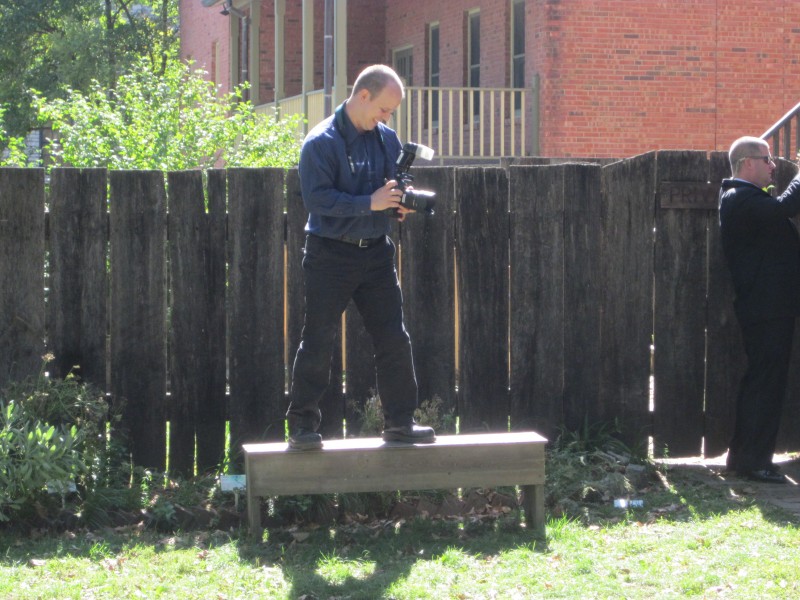 The party was starting as everybody got together. Photos started taking place and we were all happy and felt the energy in the air. Then it all changed when Ingrid got there. All the guys were forced to hide with Ryan so Ingrid could show up as a surprise. Ingrid is a cute girl that any of the guys would be proud to call their own, but I can’t remember her dressing up more than a pair of jeans. The transformation from that to a wedding dress was amazing! Every guy there was envious of Ryan that day. The best part was when Ryan got to see her for the first time in her wedding dress. I don’t have the words to describe his reaction other than to say that it was very favorable! 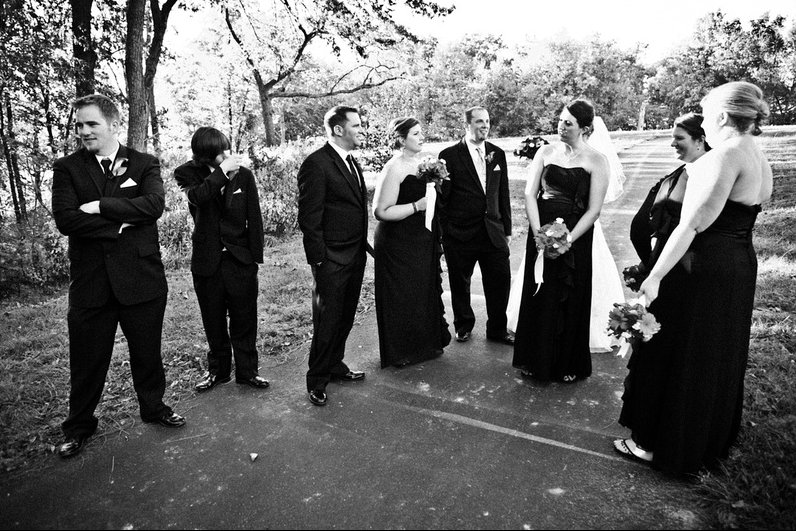 Now the mad dash began to move all around St. Charles with Joel and Shannon taking us to the spots that they most wanted to take photos at. 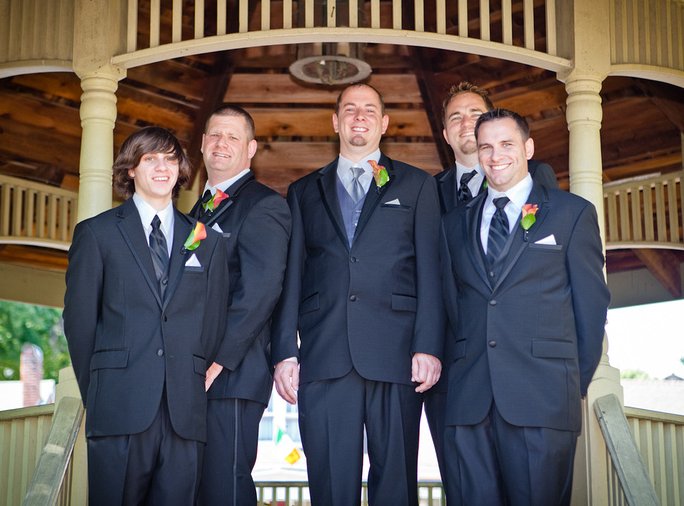 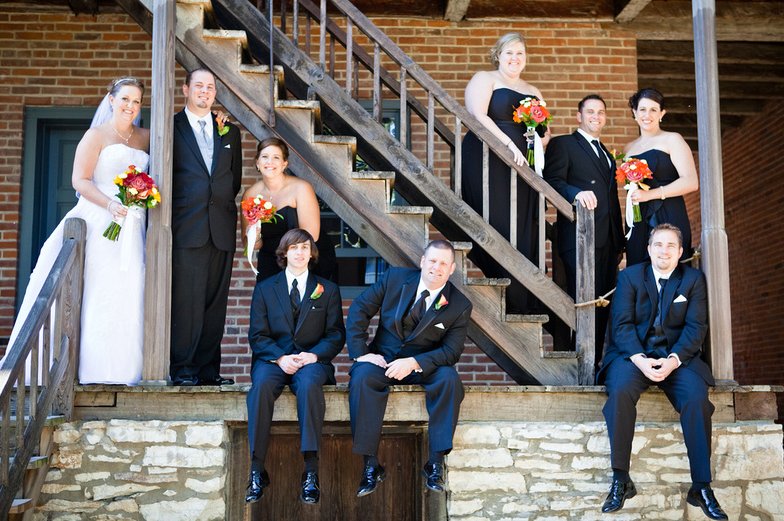 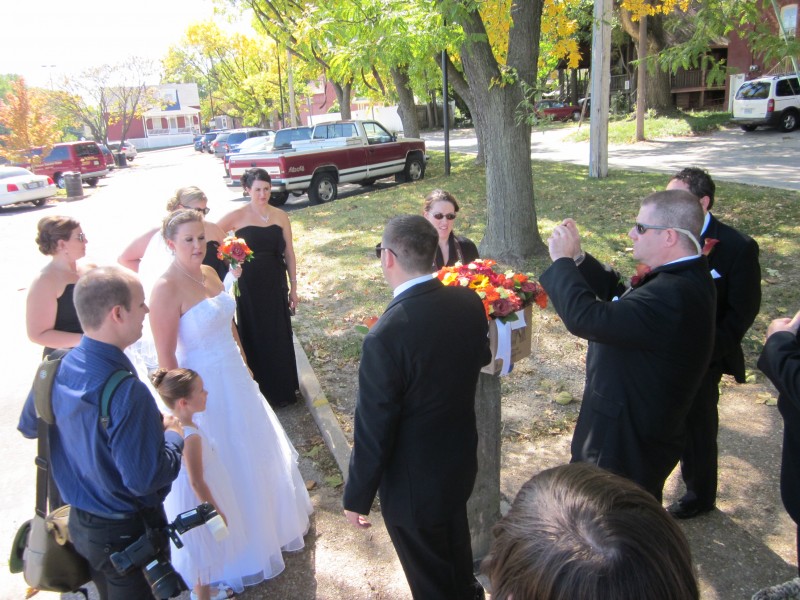 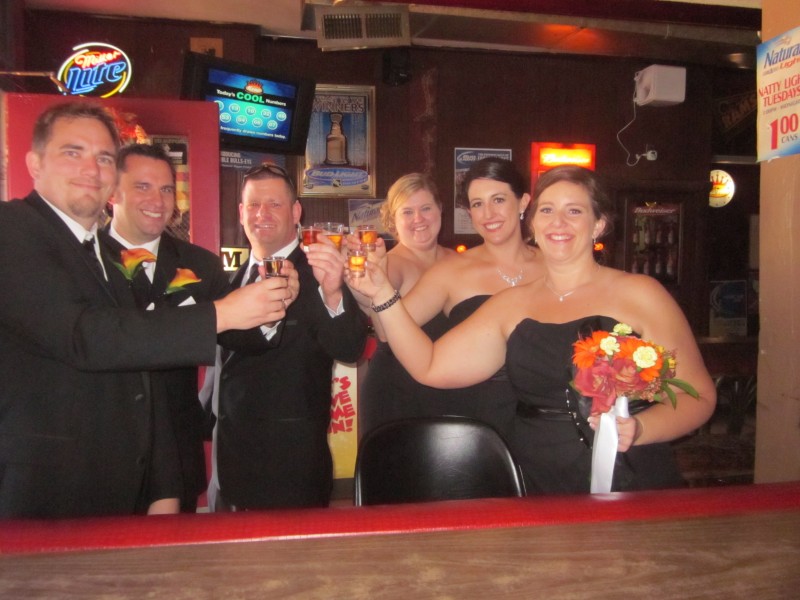 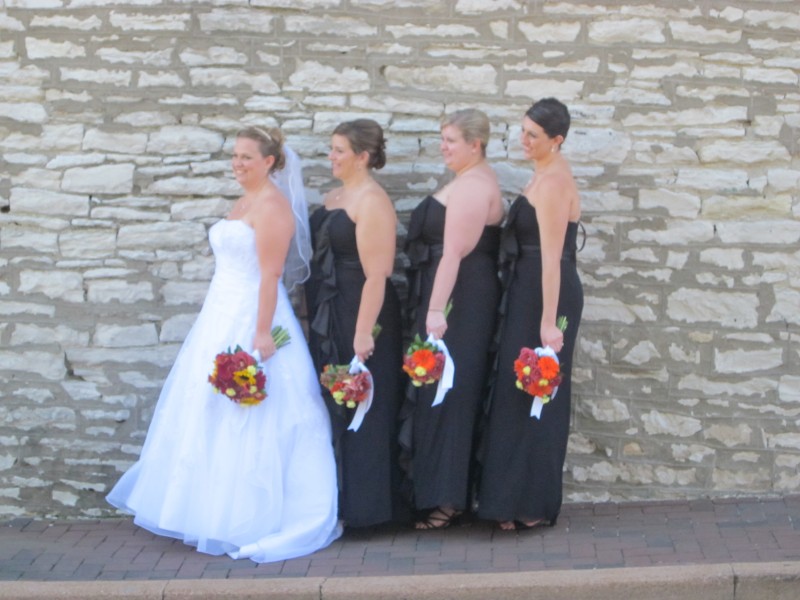 With the photos complete, we headed out to Wentzville for the actual ceremony. 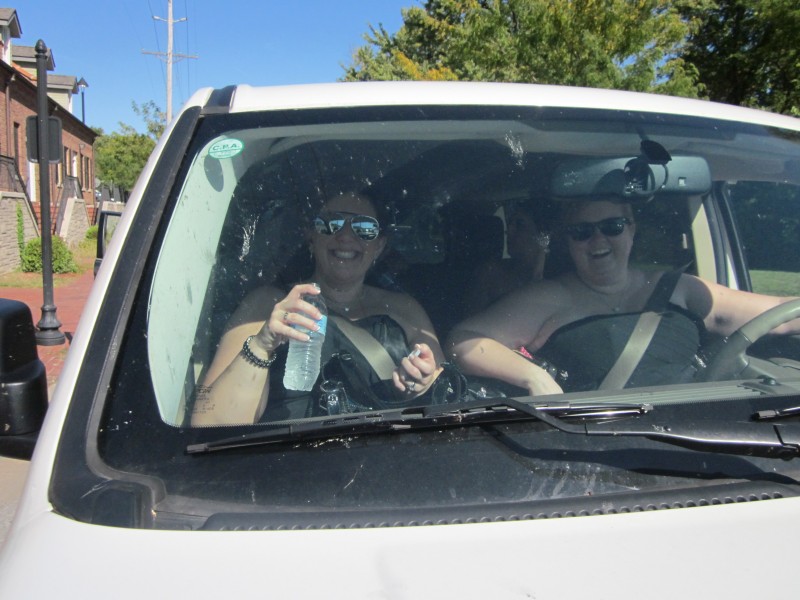 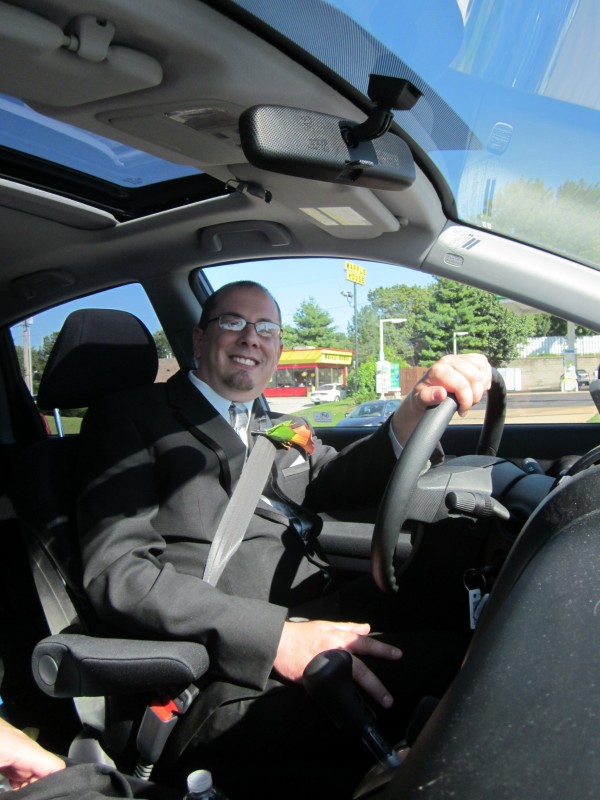 The wedding ceremony was good. The weather could not have been nicer to be outside and the setting was peaceful. It was time to go in and celebrate!!! 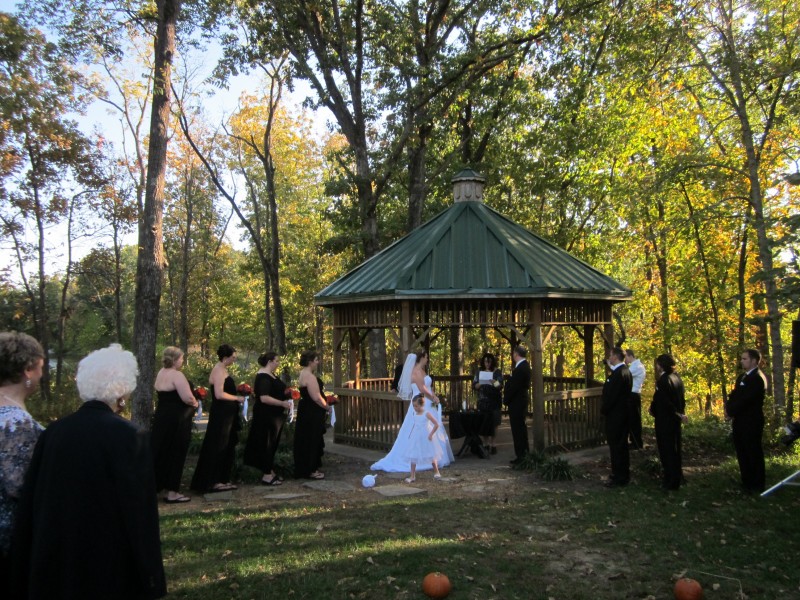 One of the great things the DJ brought to the table was props. Near the end, they threw out a bunch of inflatable guitars so we could do our own solos on the dance floor! 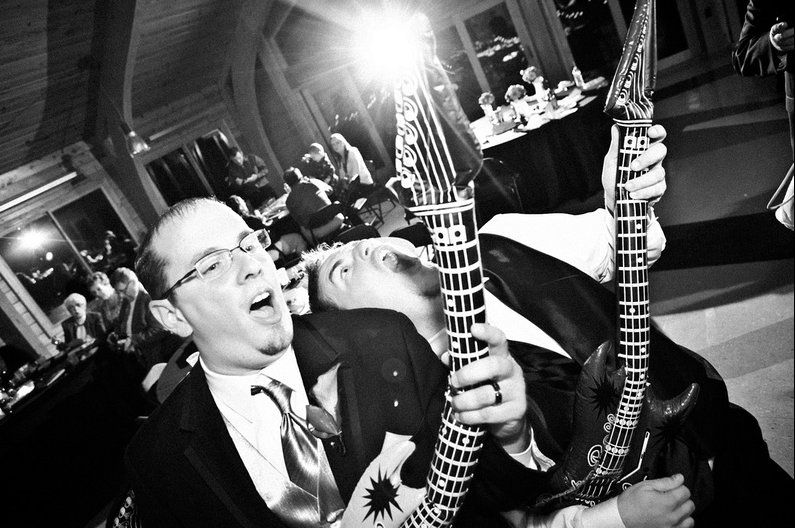 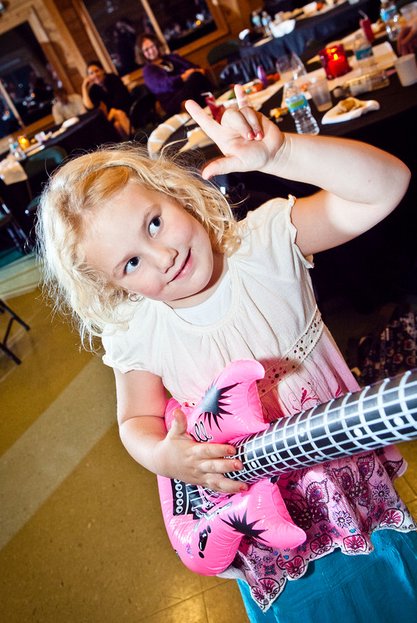 Danelle and I like to reflect on events on our way home. We both felt like this was the most different wedding we had been to in a good way. All of the previous weddings felt like they were put on for somebody else, like parents. But this ceremony felt like it was created specifically for the couple. It felt perfect in numerous ways. We couldn’t imagine anything being better.

A special thanks goes out to Ryan and Ingrid for letting us in on a slice of your awesome life! 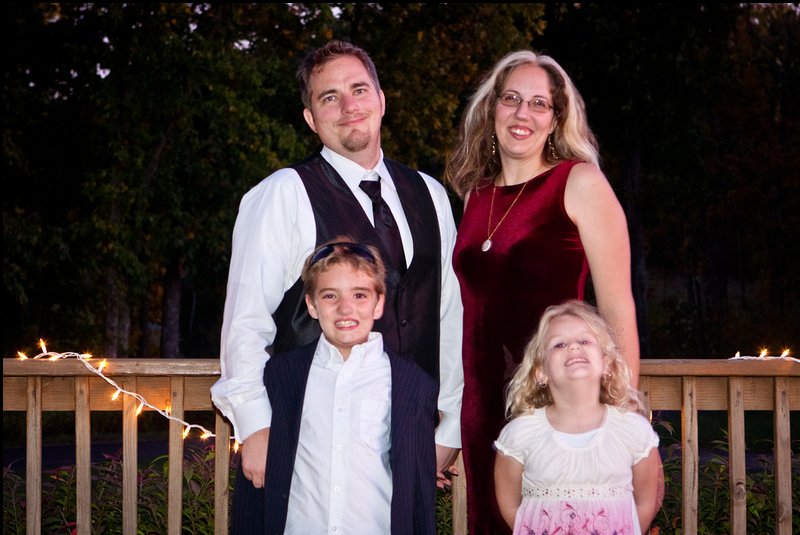 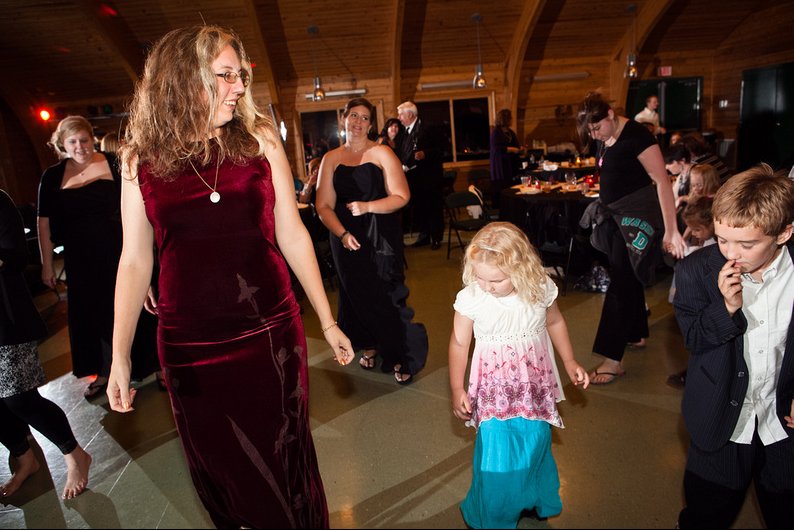 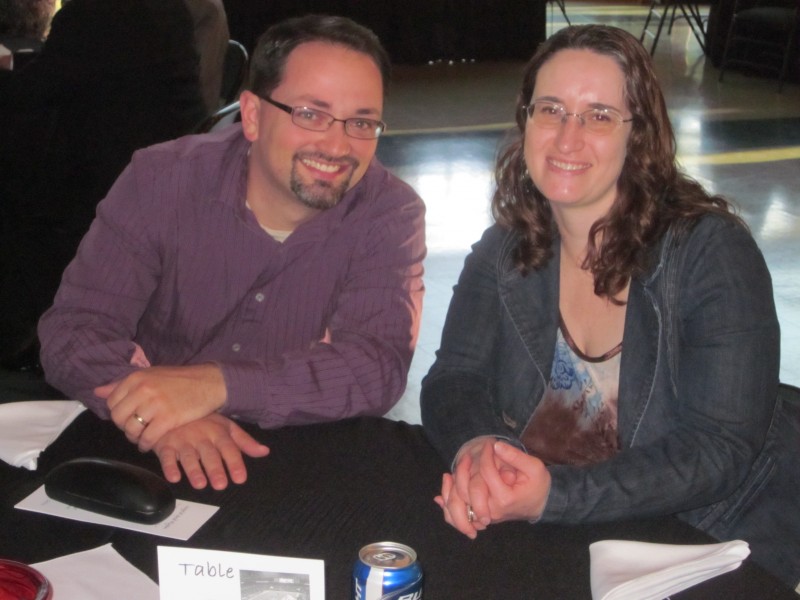 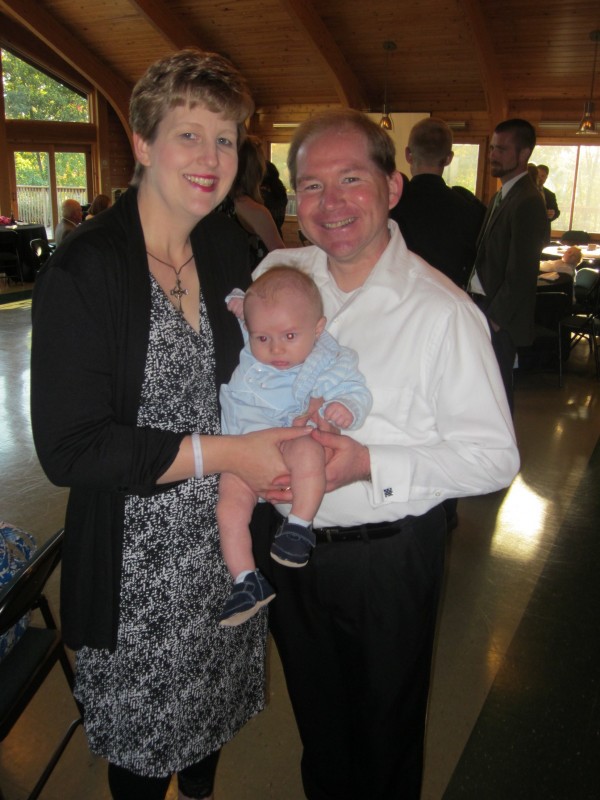 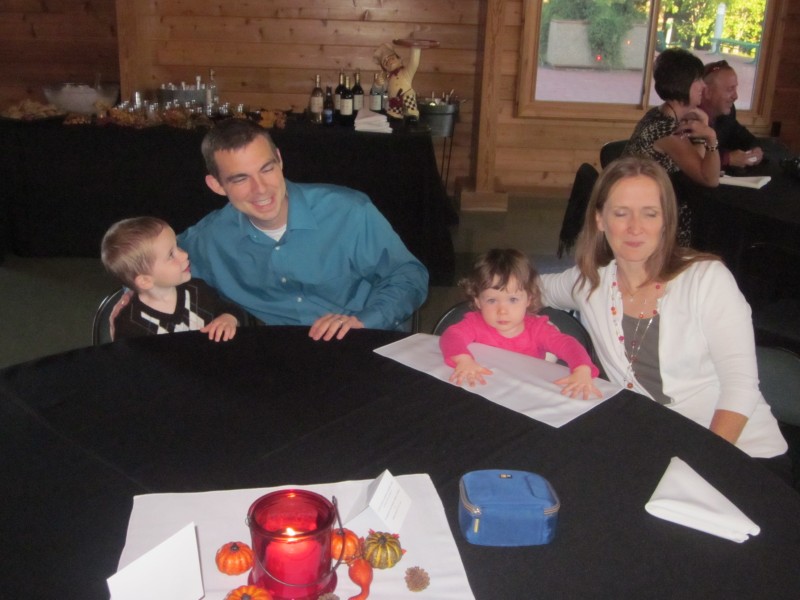