My neighbor Jesse asked if he could have a bail of hay that we had in the driveway under a tarp. I was quite happy to share with him. However, he came back a few minutes later letting me know that the bails were crawling with roaches! Sure enough we went over there and there were thousands of roaches living in and around the covered hay. We also found two snakes, other nasty bugs and a black widow spider.

Not wanting our houses crawling with bugs, we quickly set out with bug spray to do the most instant damage we could to the bug populations. Then, being the rednecks that we are, we tried to burn one of the hay bails. While it didn’t work, it was fun trying… 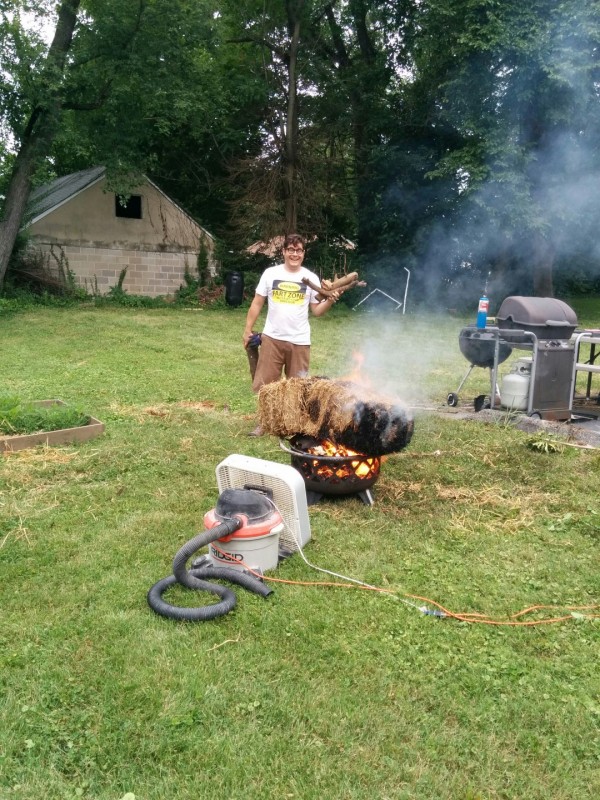 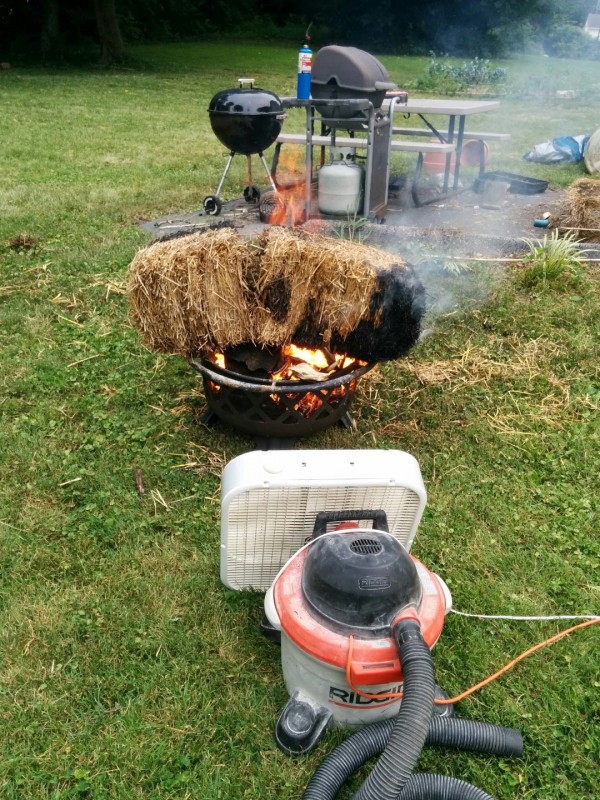 So no more stored hay bails anymore at our house!