I wanted to have a family float on the river. For as much as I love paddling, I don’t do a very good job of bringing my family into it. This was a step to correct that. I prefer the Missouri river when the timing is good. However, the river was high and I worried about Danelle’s ability to safely solo a boat with one of the kids. I had also seen the ramp that I wanted to use the previous weekend and didn’t want any of us to use it. 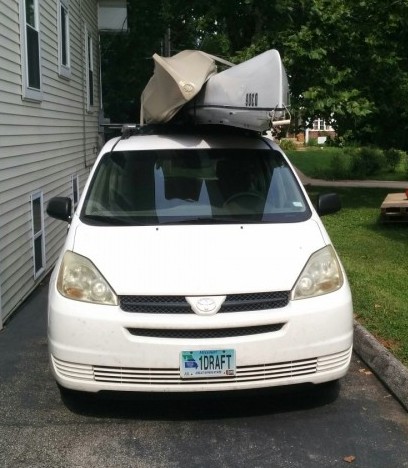 So we loaded up the van and headed out to the Bourbeuse River. The plan was to float from I-44 and US Hwy. 50 access to Robertsville State Park on the Meramec River. This would be a 9 mile float. So we went to Robertsville and parked Danelle’s car, then drove the van back to the start. There, we unloaded gear and I drove back to Robertsville to grab the car and leave the van. It sounds complicated, but it allows us to pack up at the end of the paddle and just pick up a car to go home.  In addition, the shuttle drive between the two access points was less than 6 miles!

When I got back to the start, the ramp was busy with a large group getting ready to put in. Danelle was organized and we put in first heading down the river.

It didn’t take long for us to fall into a nice simple float. Danelle and Sonora in the turd and Corvin and I in FHL. 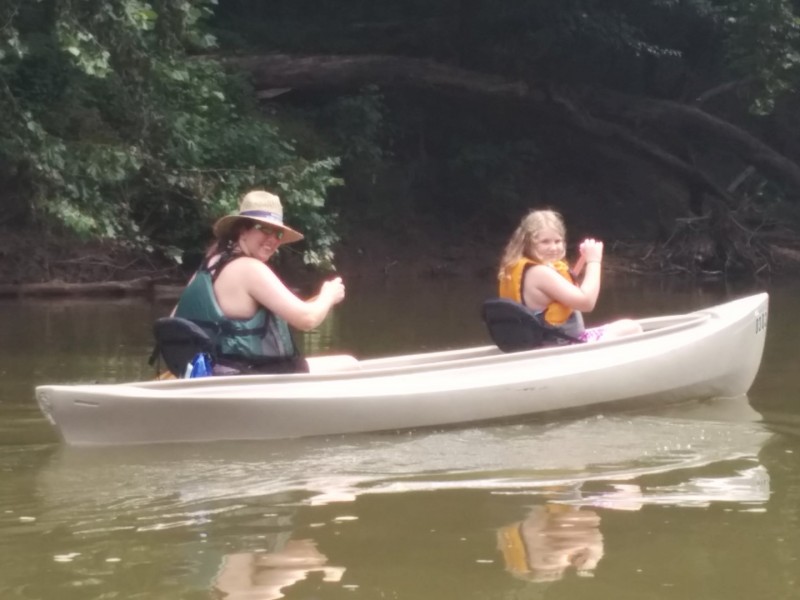 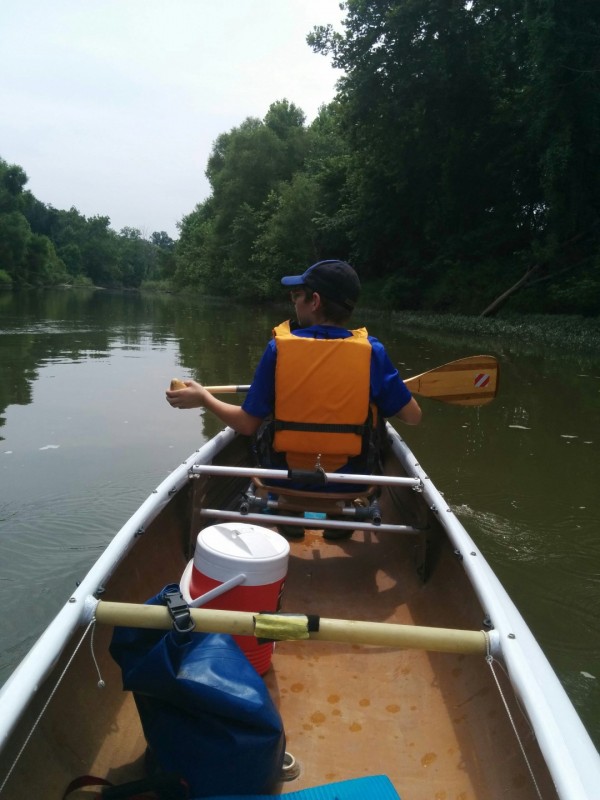 There were a few places we needed to walk to boats for safety and not scratching up the bottom of the boats. The river provides thought provoking paddling all the way to the Meramec. Of course, we stopped for a planned lunch so the kids would be happy. Enough food to keep them from complaining. They enjoyed the stop! 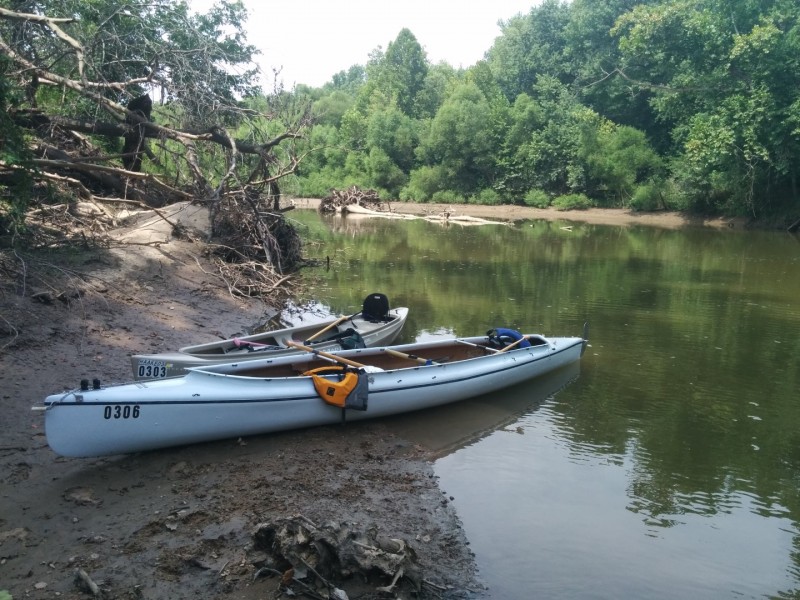 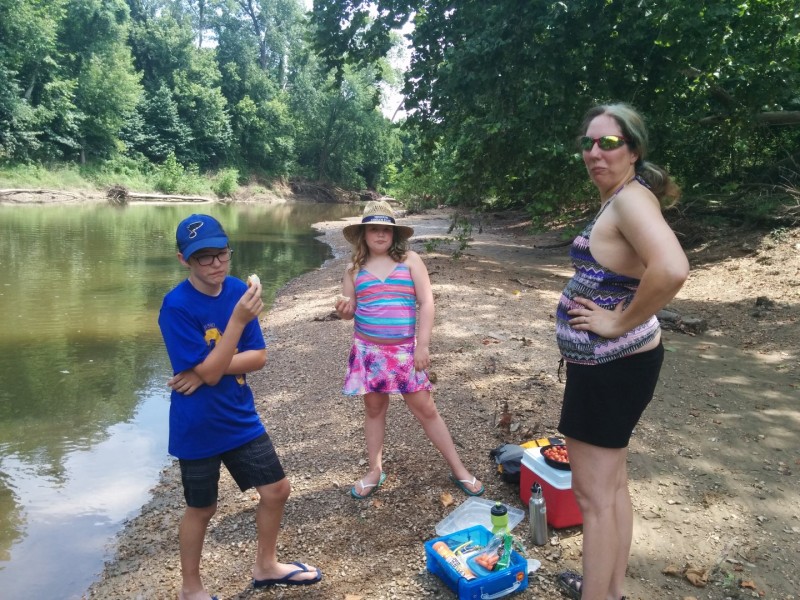 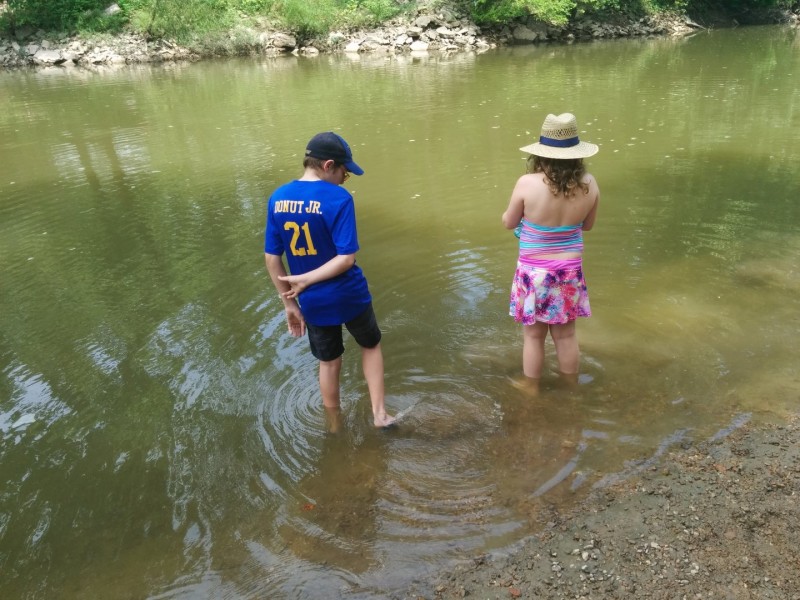 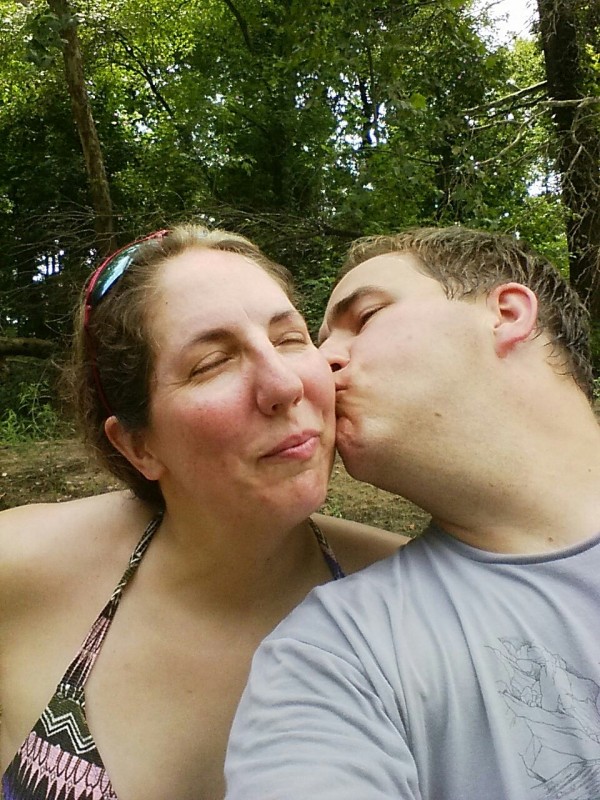 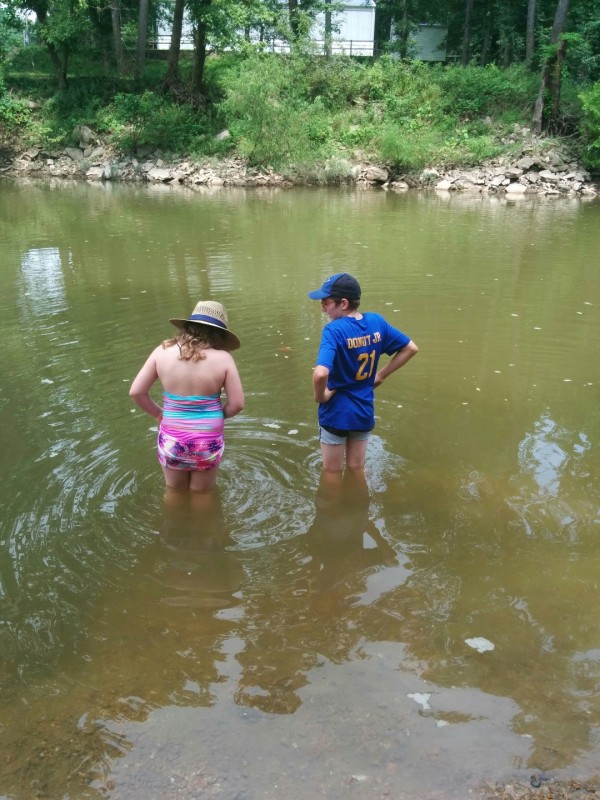 After lunch, the paddle seemed to get longer. The float seemed longer than 9 miles and we switched up partners. We had a great time out on the water! Its a nice scenic float with a short drive, who could complain?