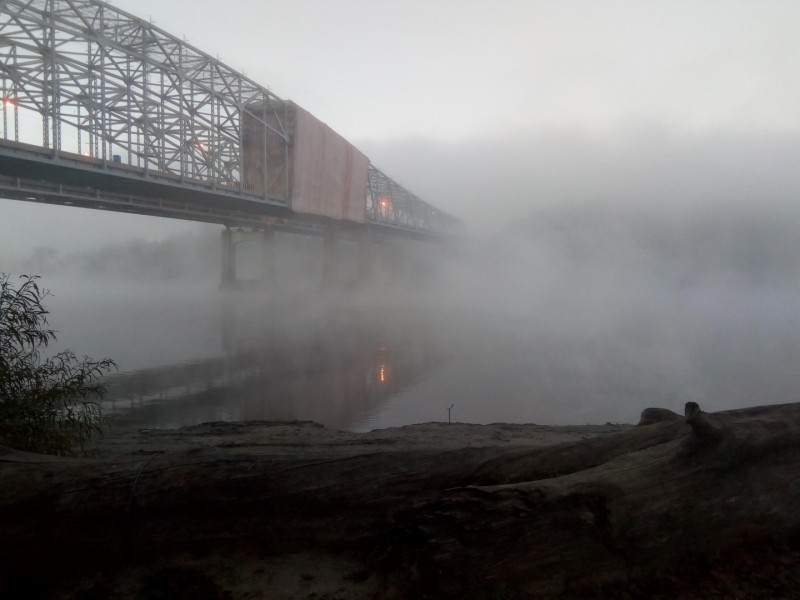 Race To The Dome is an annual canoe and kayak race benefiting and run by Missouri River Relief. Its a great time to see lots of local paddlers and friends on the river.  In order to get to the race on time, JoJo and Andy got to my house shortly after 4am for the drive out. The plan was to get to the start and drop off the boats and gear. Then I would drive to the finish (Noreen Access) in Jeff City for a shuttle back to the start.

As we approached the access point, fog from the river rolled in thick. We ended up driving very slow as visibility was probably 100 feet. When we got to the river, we unloaded much faster than normal for us. It was very cold, so I left Andy with my rain suit pants to help keep him warm and headed out. With Google as my navigator, I had a spirited solo drive in and out of fog. I arrived with plenty of time to spare. Here are some photos of the cold morning with the fog already lifting. 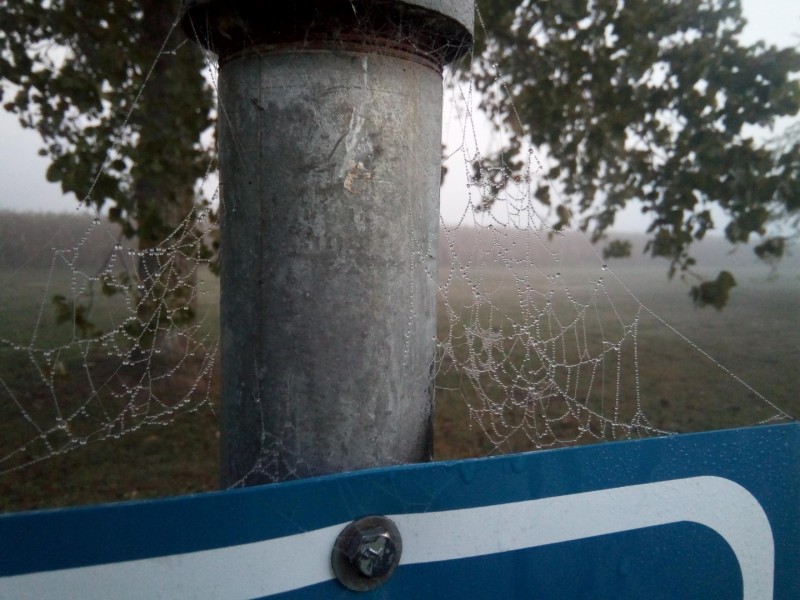 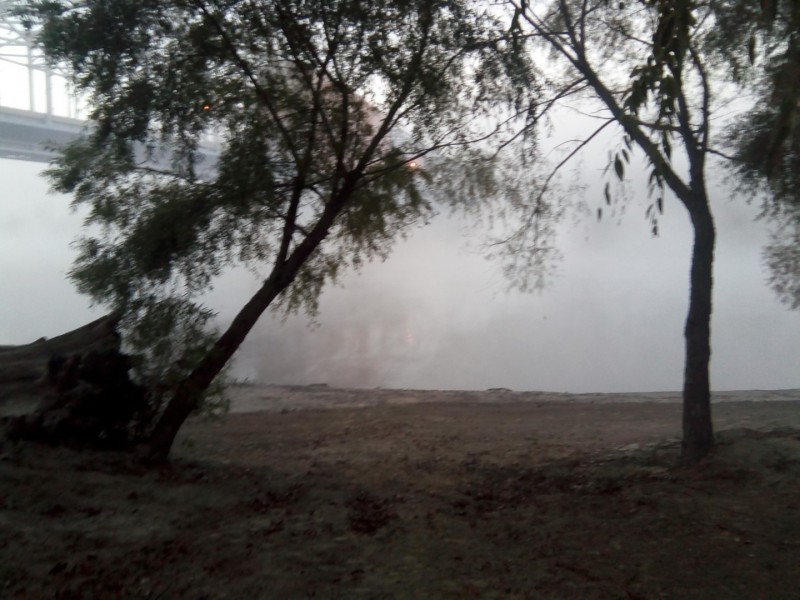 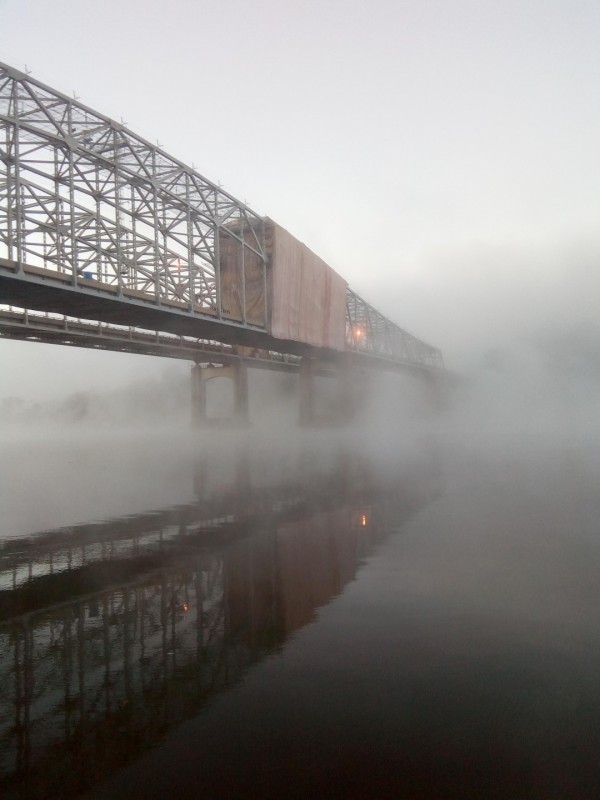 The bus ride was nice (something you don’t hear often). I got to know several local competitors better. One gentleman is an expat from Great Brittan that has a dock repair company at Lake of The Ozarks. He told many stories of diving year round that surprised me.

Once we arrived, the boat was mostly prepared as JoJo had lots of time waiting for me. We competed in the Aluminum mixed division going 15.6 miles on the Missouri River. It wasn’t long till the race started. It was tough competition, but we all had similar boats. This race was more about the paddlers than the gear!

To avoid congestion, the start was split in two waves. the first wave was for tandems and teams. The first five miles of this race were nearly a sprint with a bunch of vying for the front of the pack. At one point during this time, we were in the very front of our heat, but we couldn’t hold onto this position. We eventually finished third in our division, only 5 minutes off the winner. It is worth noting that I didn’t think we had a chance to win as Tracy Lynn Martin was in the winning tandem boat. If you have not heard of her, you should look her up.

After the race, we hung out for lunch and to talk with many of our paddling friends! Due to the long day, we didn’t stay into the evening. They were having a memorial for Joe Wilson. Noreen access is often called “Wilson’s Serenity Point” due to Joe Wilson. He spent most of his free time at this access improving it and greeting anybody that would stop to chat. He had recently died. 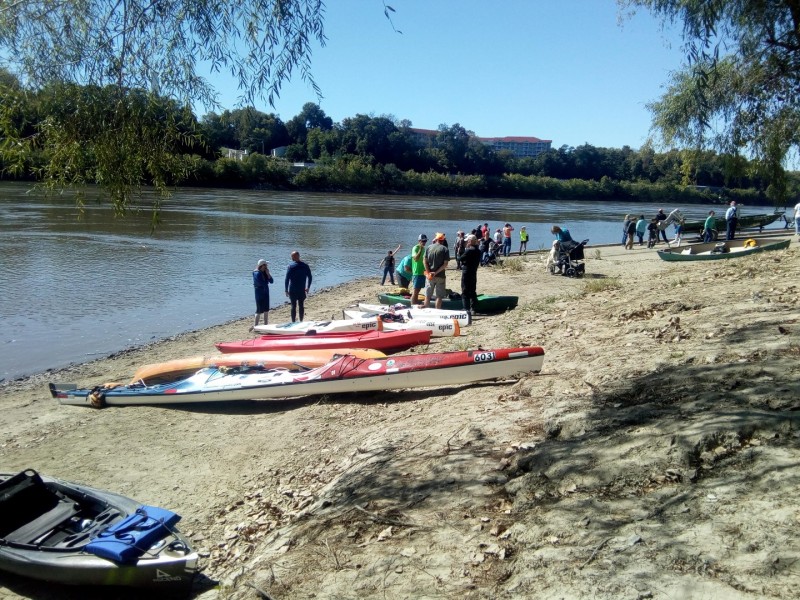