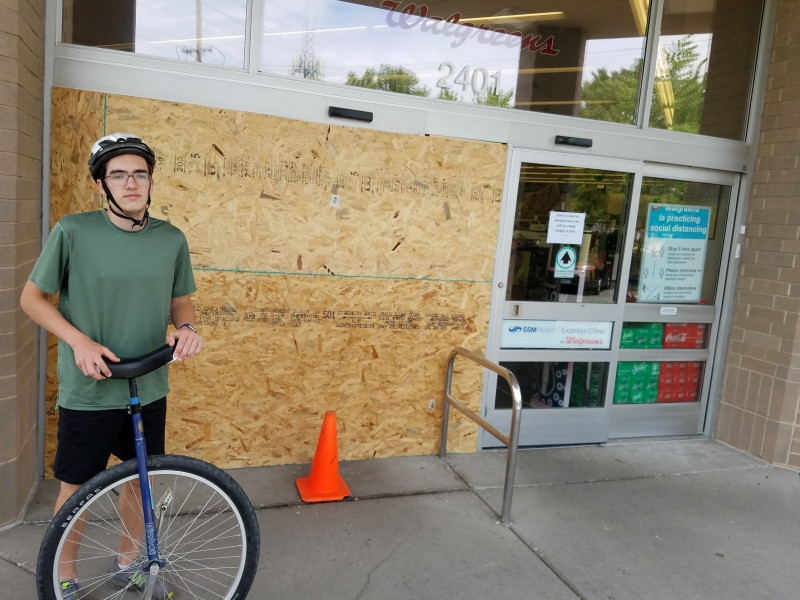 George Floyd was killed on 5/25/2020. Since his death, there have been multiple protests about the way police have treated people. Today, there is a planned protest near my house. I was out and about earlier in the day and noticed that a few local retail establishments had their windows boarded up. Also during my drive, I saw 2 military Humvee with some strange looking equipment on top. With the previous violent protests, I didn’t want to be around in case somebody decided to do something stupid.

However, Corvin and I decided to go back out and unicycle around to see how many locations were boarded up. The protest started at 6, and we would be home by 5pm to stay out of the mess.

Here is the general map of where we went. Brentwood, Missouri at the intersection of I-170 and I-64. The red circled areas are the main locations in the photos below. 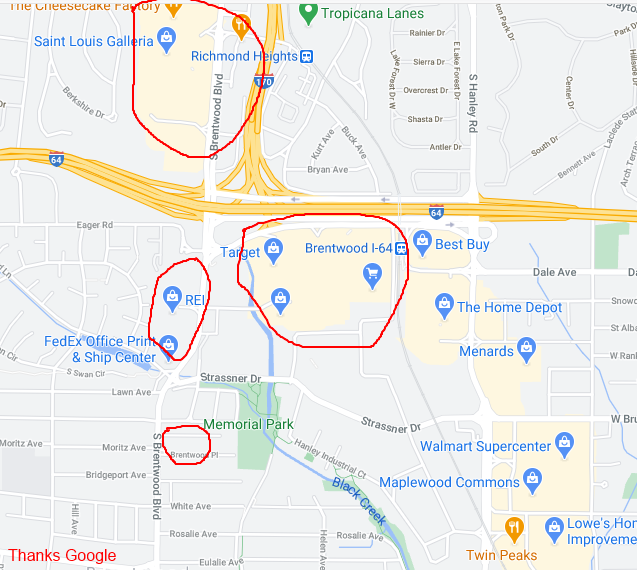 Walgreens, at the corner of safe and boarded up!

At least they told us why they are closing early. 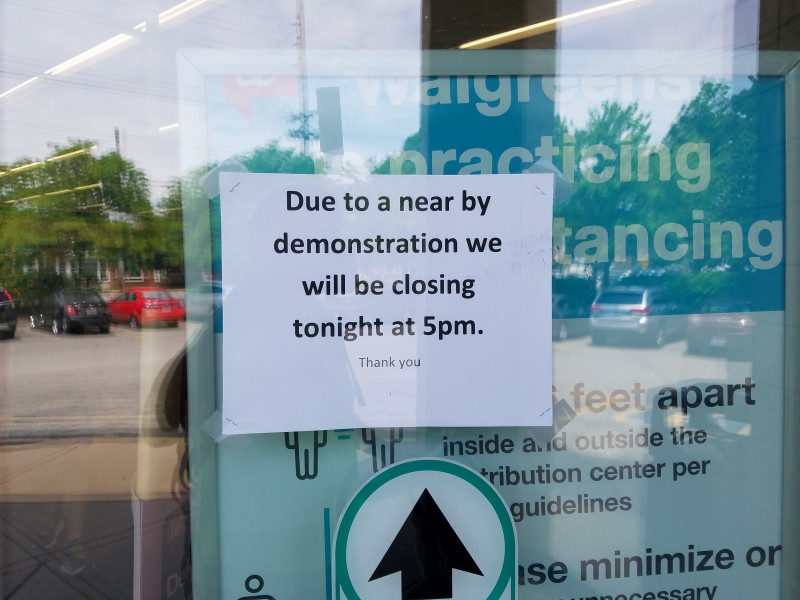 Used to be a cleaners, currently vacant. Not sure if it was worth boarding it up. 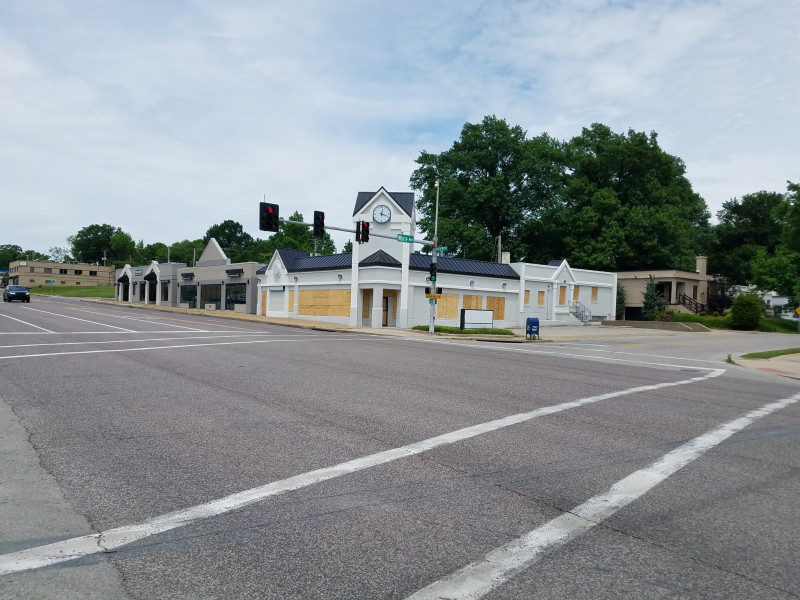 Gas station up the street from the action. 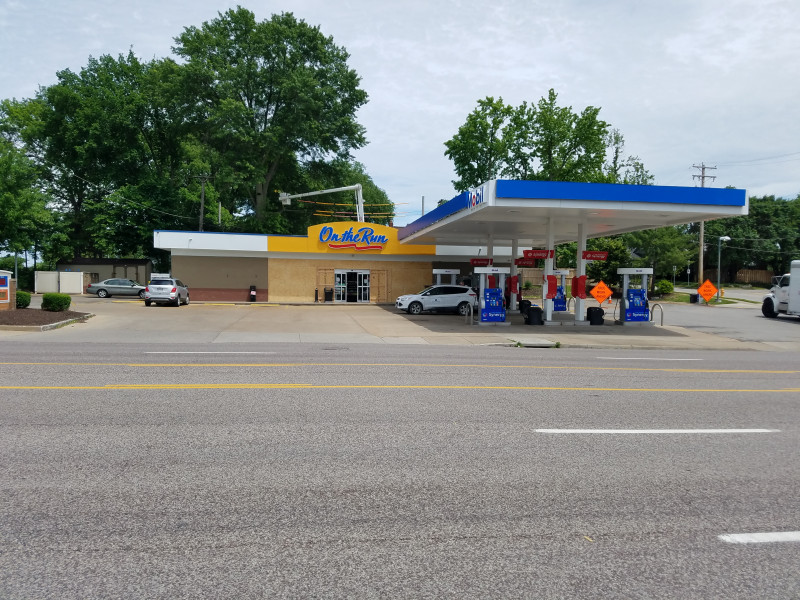 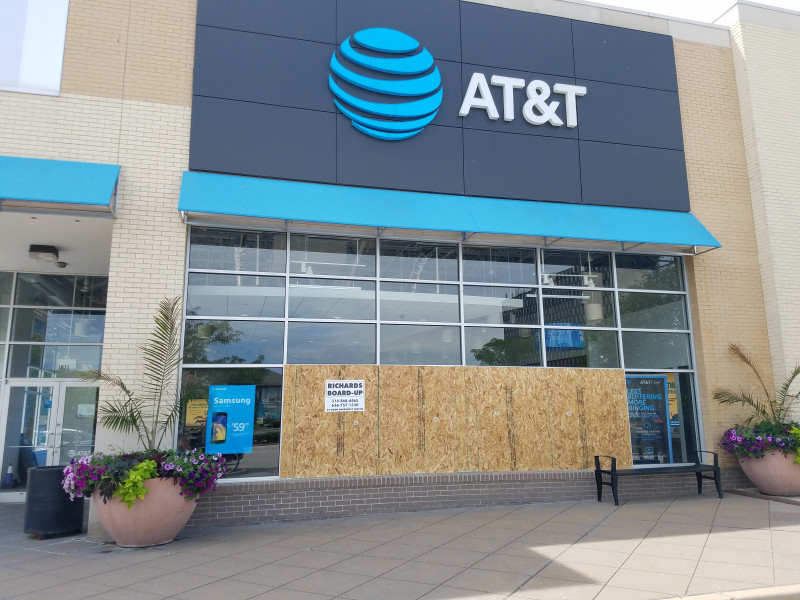 REI had recently been looted with a broken window, so I’m not surprised that they boarded up their building. 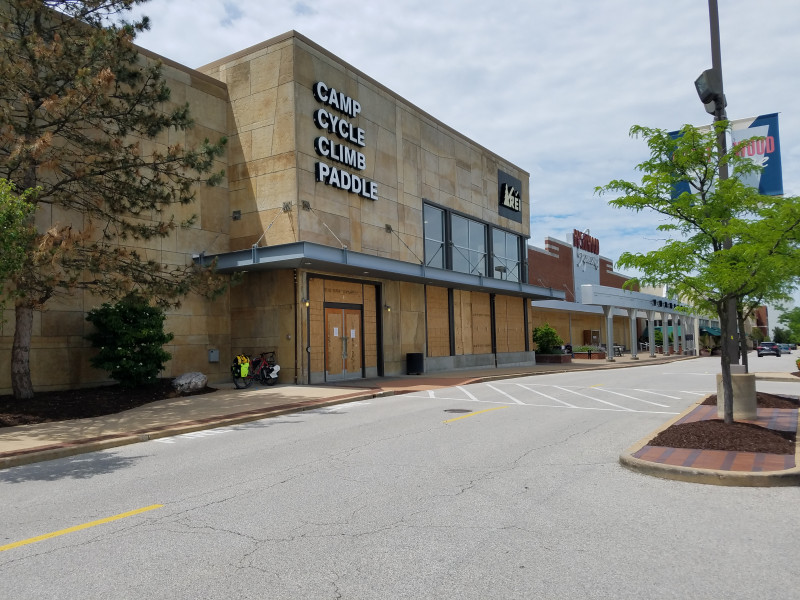 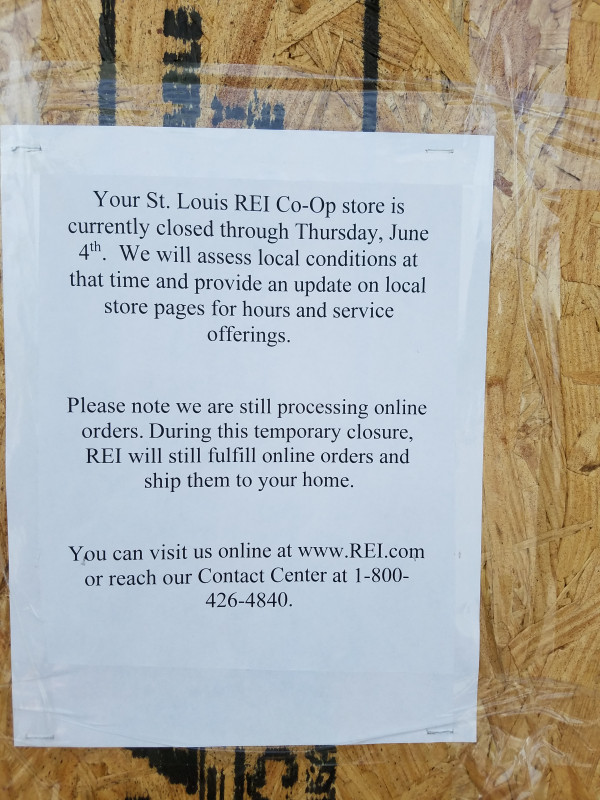 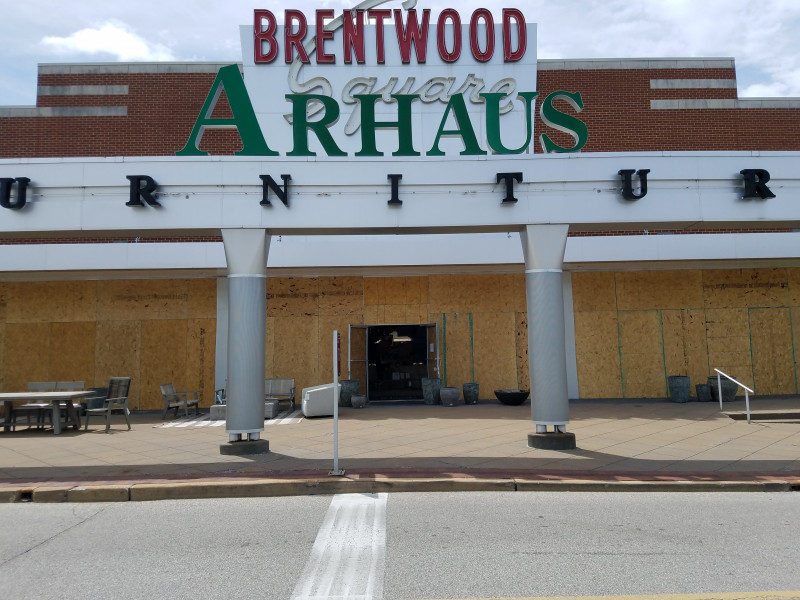 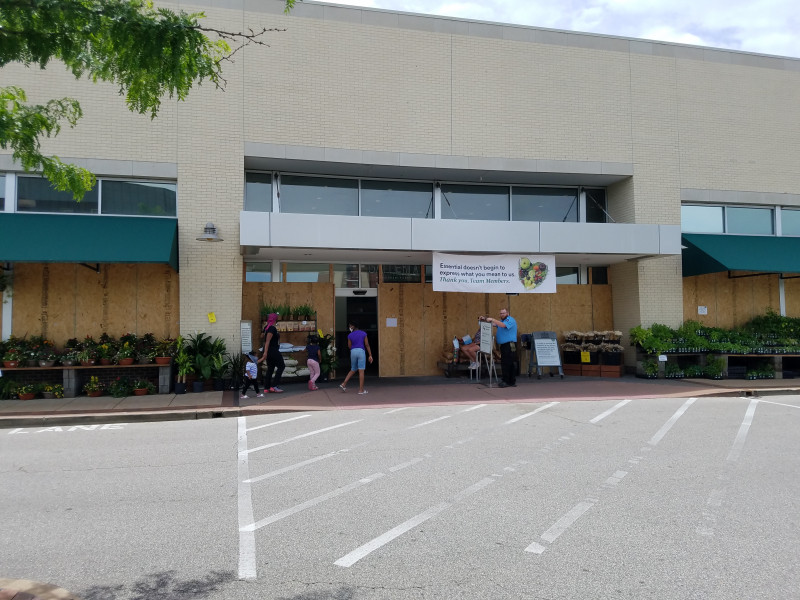 Interesting how they even got the upper windows. 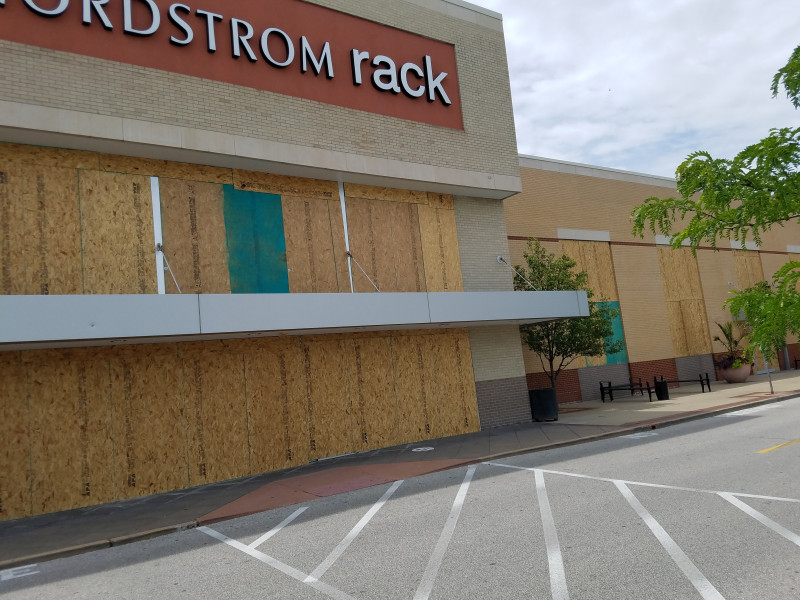 This is the Macy’s at the St. Louis Galleria. From the outside, it doesn’t look boarded up, but get closer and you can see the inside doors are boarded. 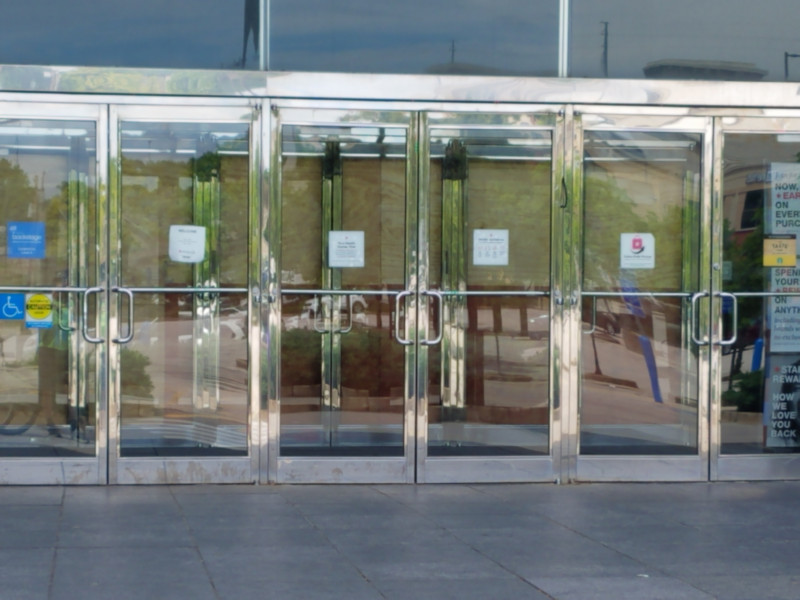 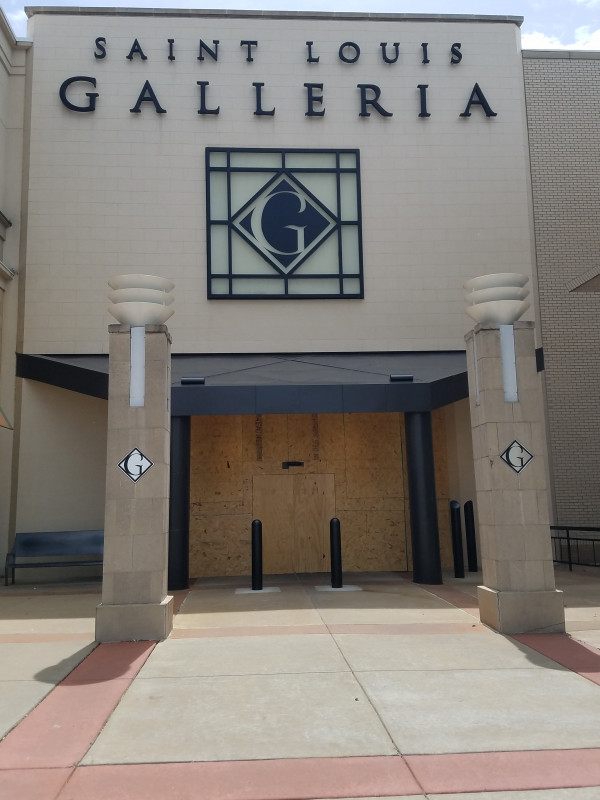 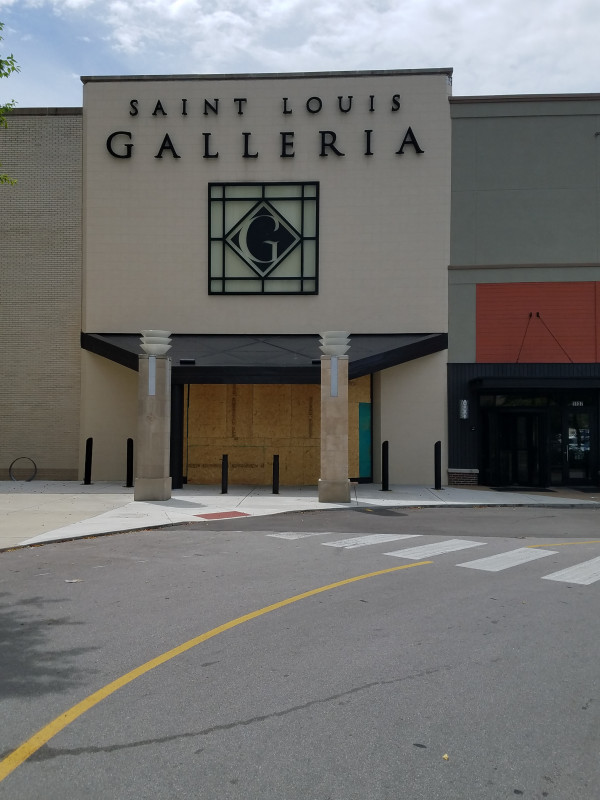 Guess they were not worried about their upper windows. 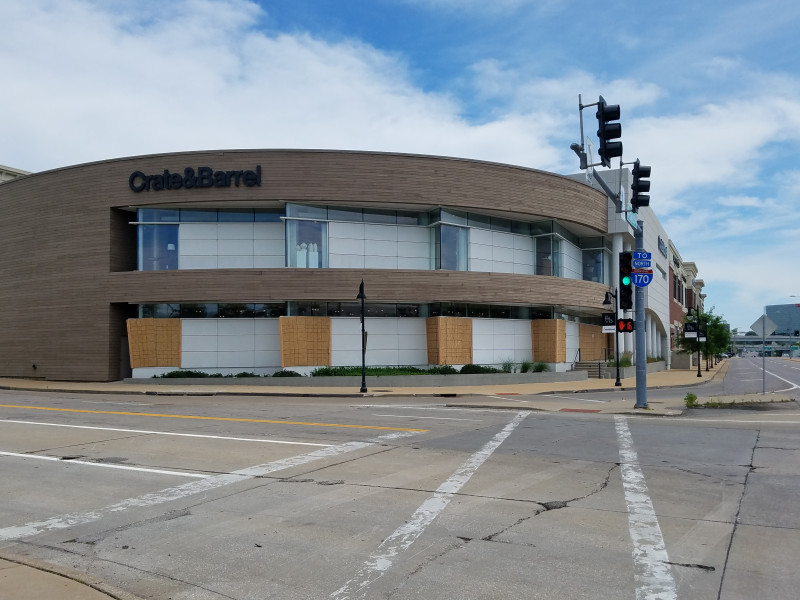 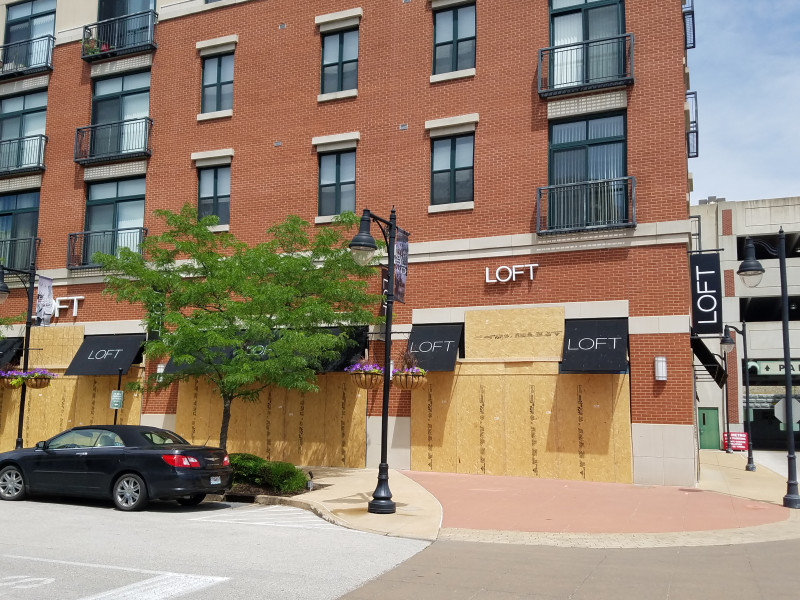 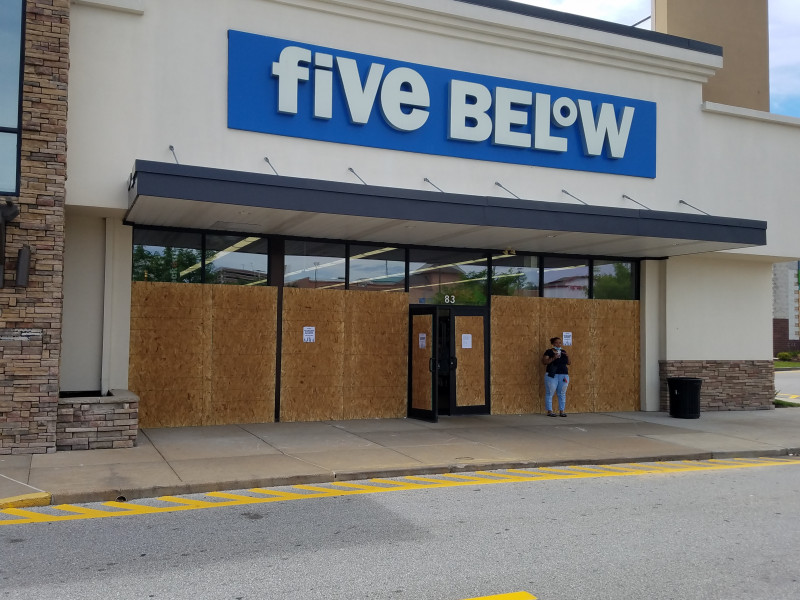 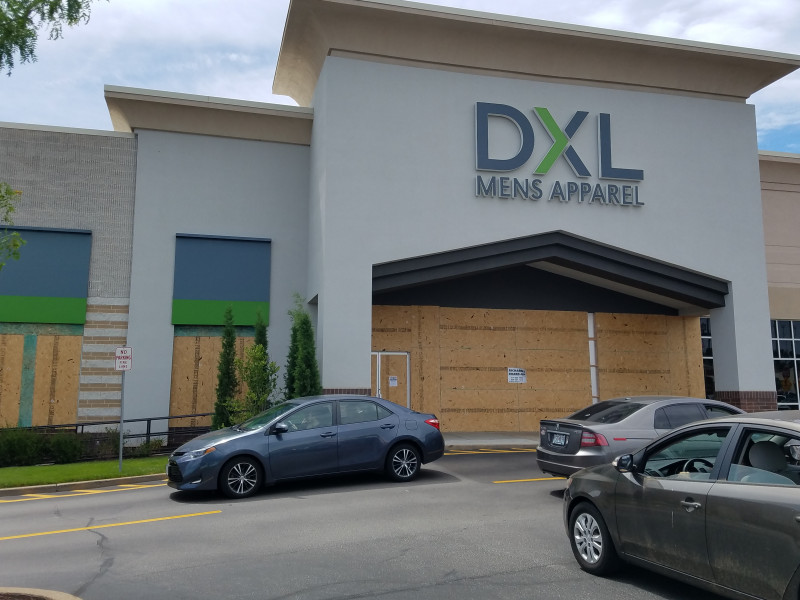 This target is in the shopping center where the protest is meeting. 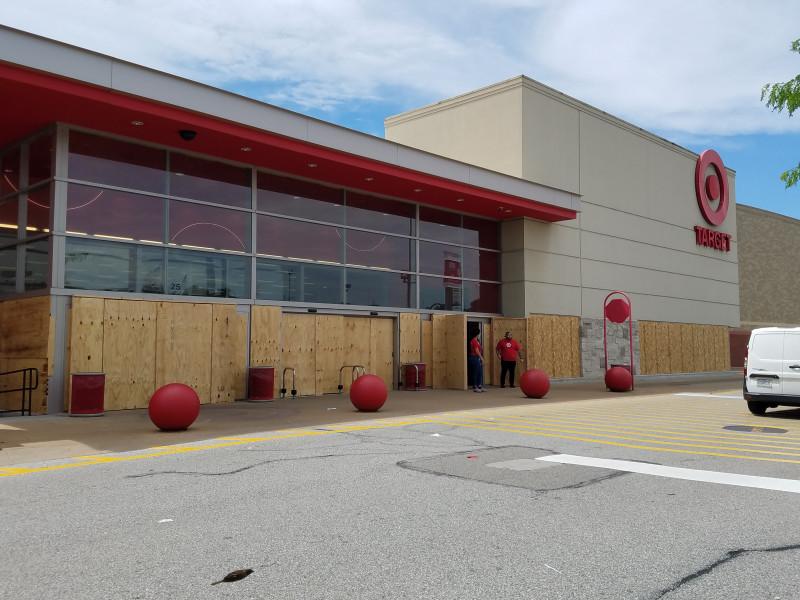 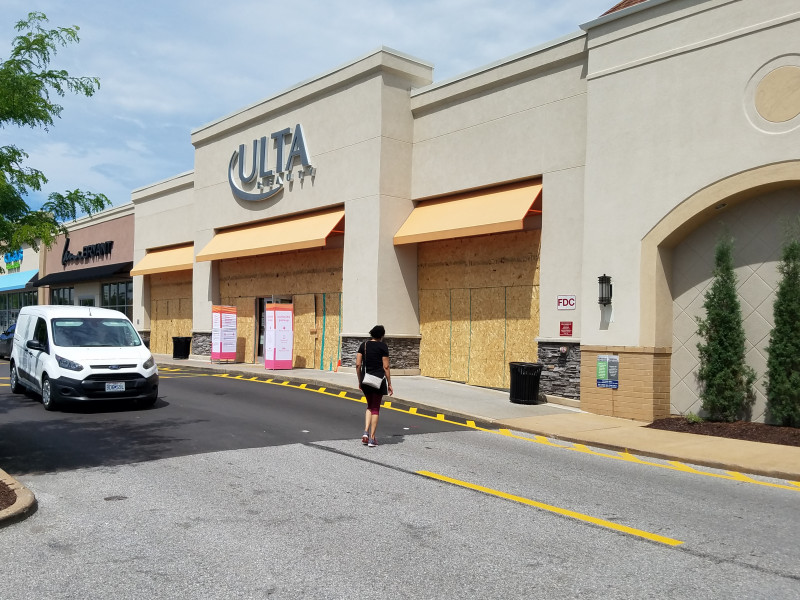 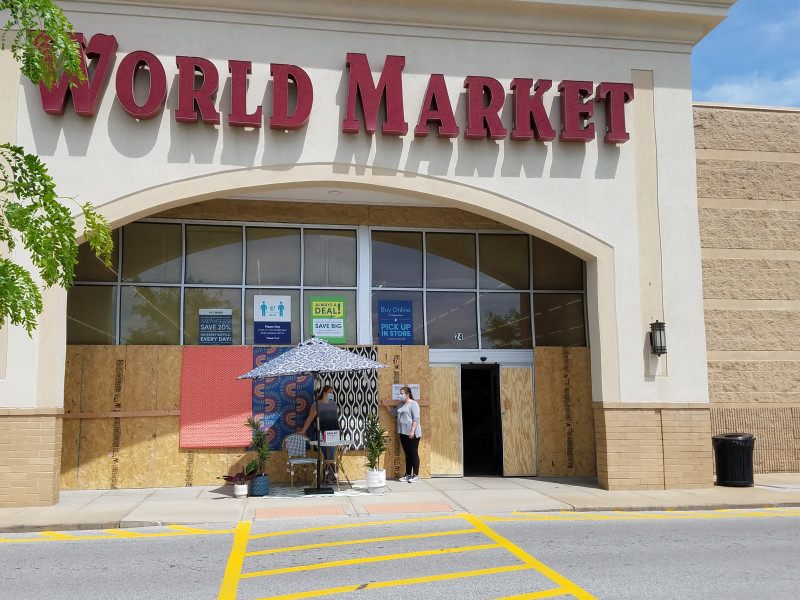 The workers are putting up boards day of. Hope they finished in time. 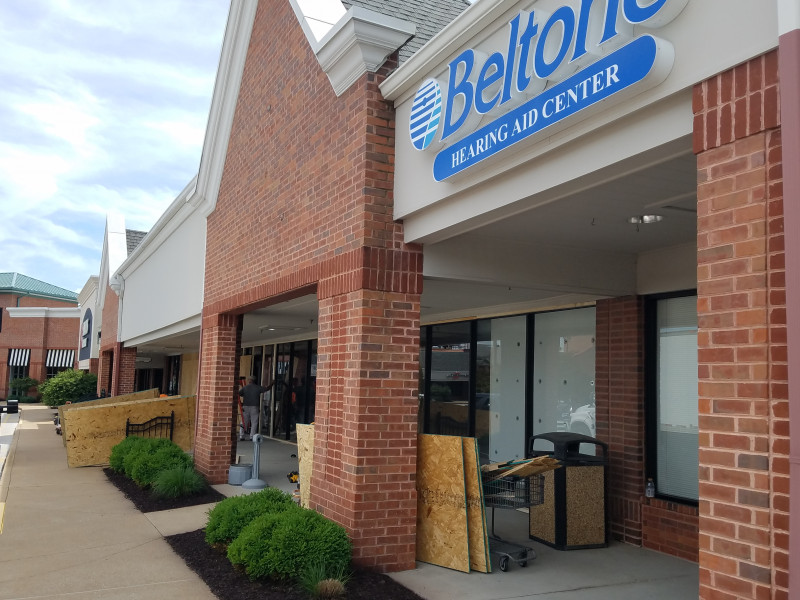 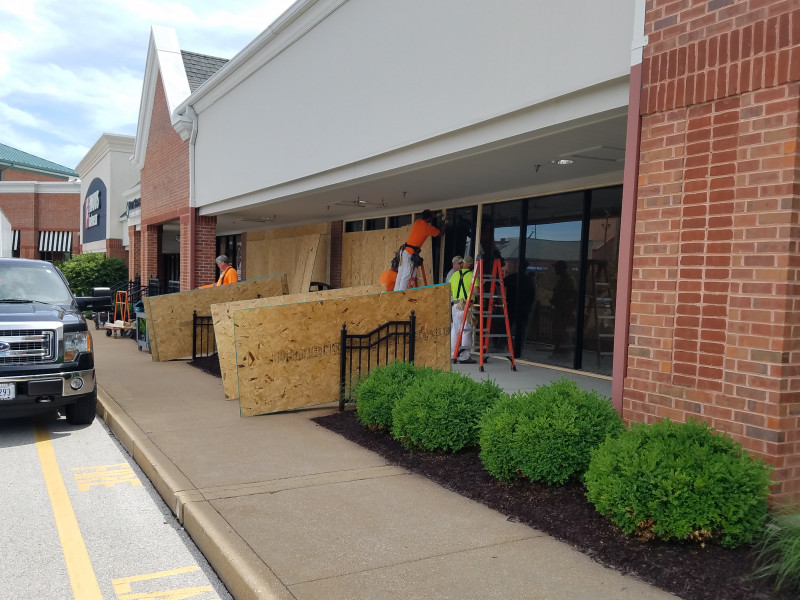 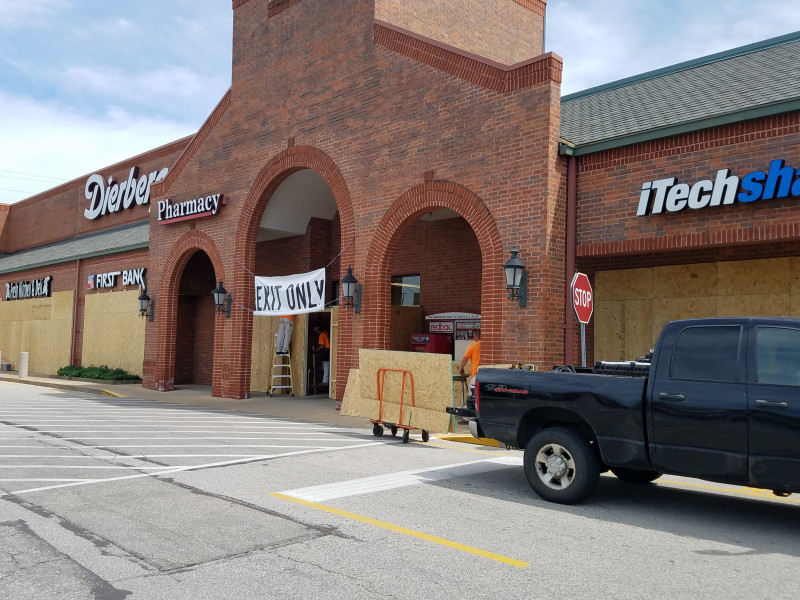 Back at the gas station for a quick beverage before heading home. 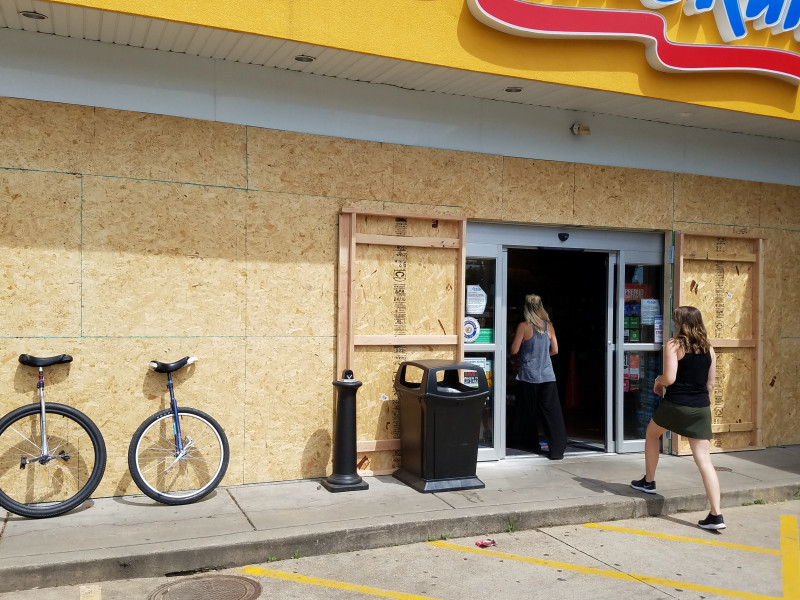