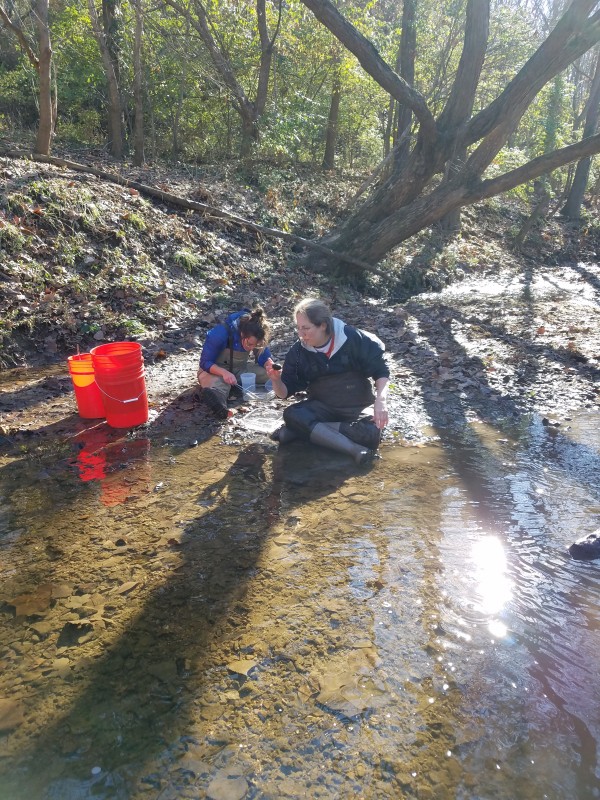 Re-posted from Danelle’s Science Blog. I’ve added some extra photos at the bottom.

Since my research is on winter use of road salt, much of my field work has been completed in the winter.  I’ve spent days climbing down storm drains to learn about municipal salt use.  This year, the Wednesday before Thanksgiving, I spent the day in the field with Cathleen Yung (an undergraduate student who has been helping me in the lab) and my helpful husband Hogan.  We visited Sugar Creek in order to hunt for a large number of a single species of flathead mayfly for a toxicity study that I would be conducting over the following two weeks. 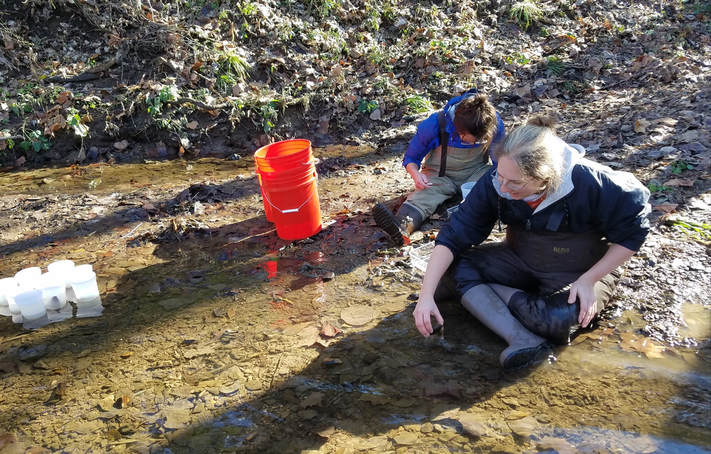 Cathleen transfers mayflies into a clean container while I look for more mayflies under the rocks. Photo by Hogan Haake.

Normally, I wouldn’t consider field work before Thanksgiving to be winter field work, but when we arrived at the site, the water temperature was only 3 degrees C and there were small patches of ice along some of the stream banks.  We proceeded to spend about 7 hours in the chill water (with waders on), picking up many small rocks (and several not-so-small rocks) with our bare hands in order to look for our mayfly friends.  While slow and tedious, this hand collecting method is the most effective for gathering wild specimens without causing injuries to the delicate critters – as long as you can still feel your fingers.

By the end of the day, we had collected over 450 mayflies.  As someone who is working to preserve aquatic life, there is a part of me that regrets taking so many animals from the stream.  Fortunately, I know that this stream is supporting a very large and healthy population of this species.  Within the 120-meter segment of stream where we sampled, we left large patches of habitat undisturbed and did not take the smaller individuals.  In addition, there were many other patches of prime habitat both upstream and downstream of the area where we collected.  I share these bits of information because I want to make it clear that, as a responsible scientist, I consider the environmental costs and potential long-term effects of any collection efforts that I undertake.

Flat head mayflies are abundant in this stretch of stream.
Before I close out this post, I need to express my gratitude to my two amazing helpers.  Hogan and Cathleen not only helped get the job done, they were cheerful and enthusiastic about it!  I could not have asked for better help in less-than-comfortable conditions!
Danelle Haake 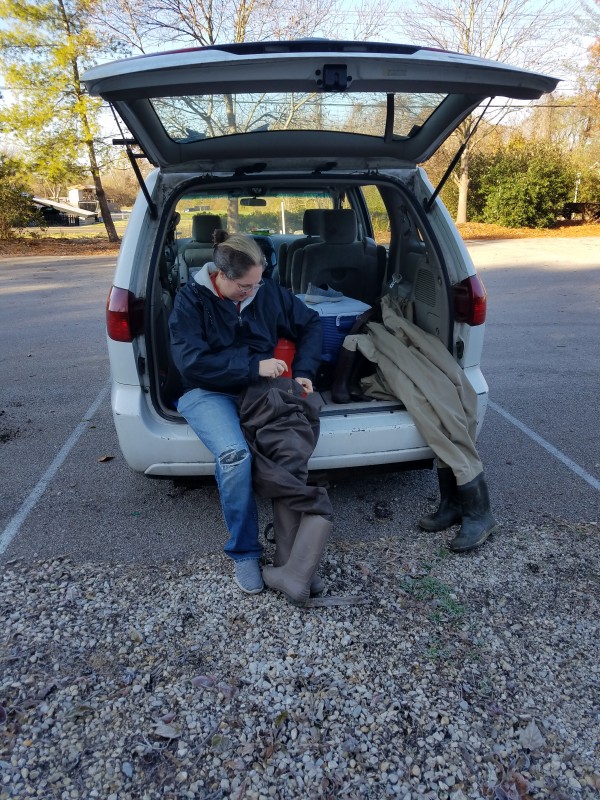 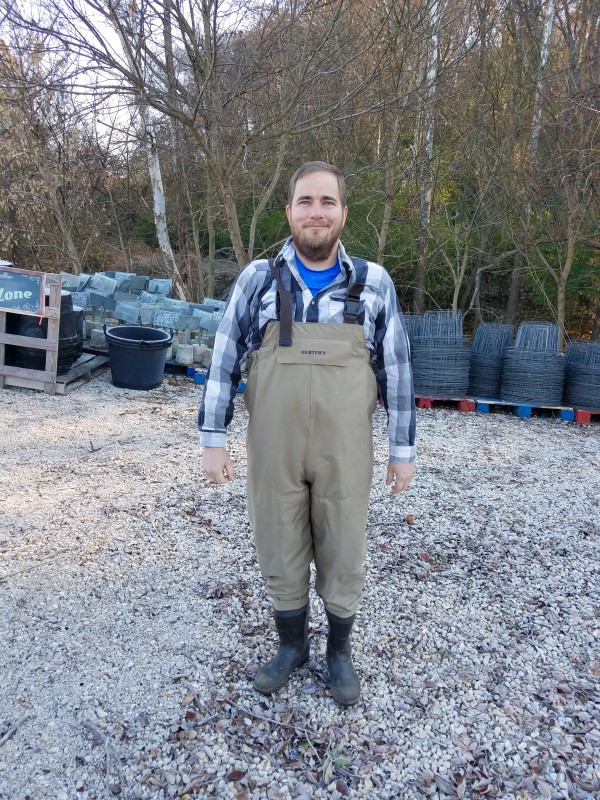 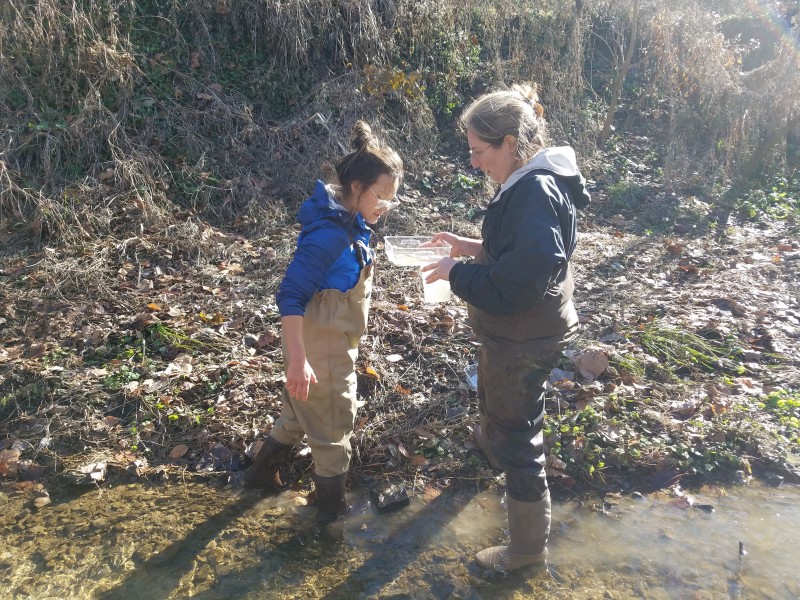 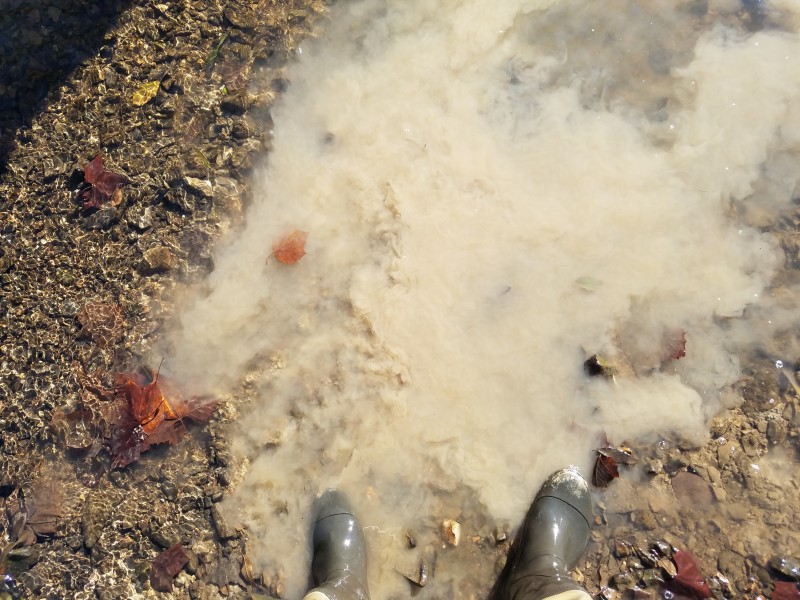 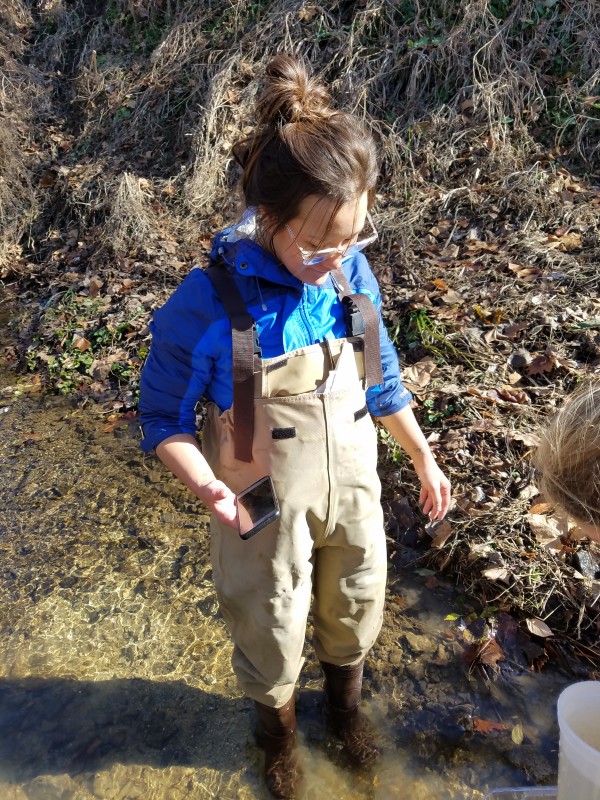 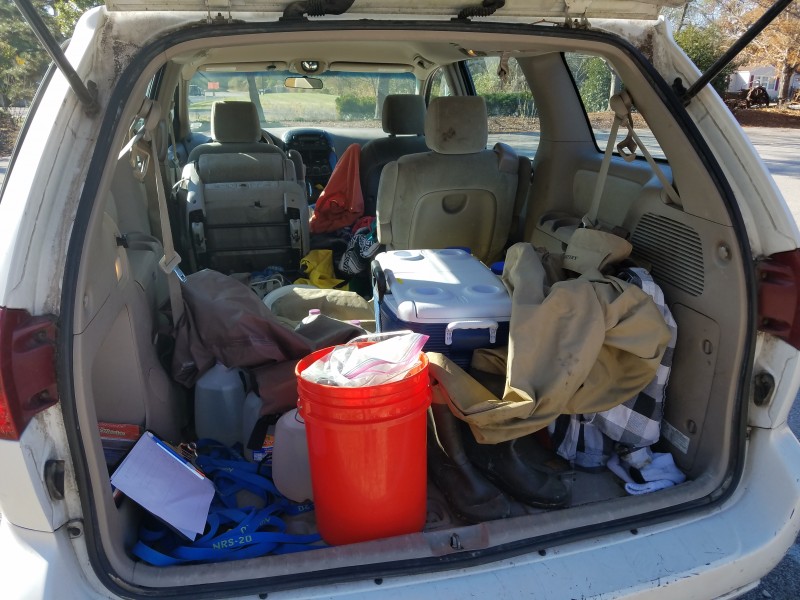 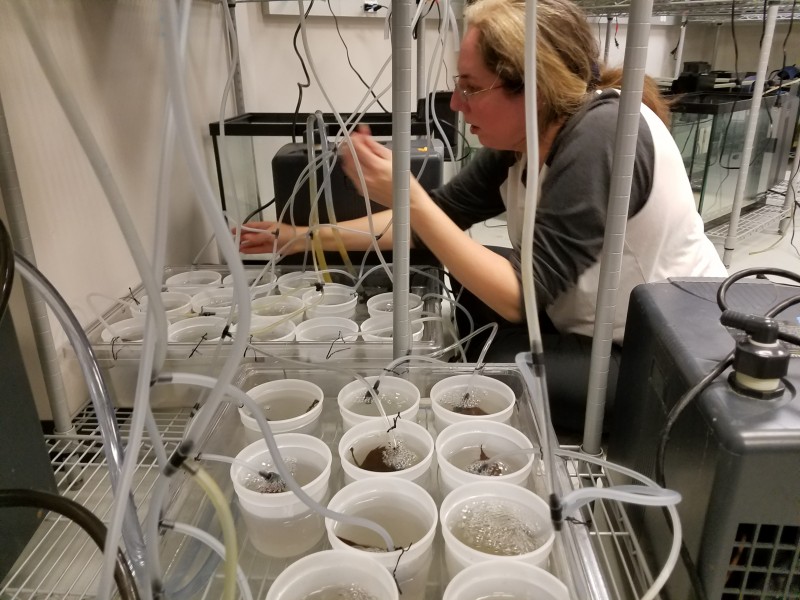