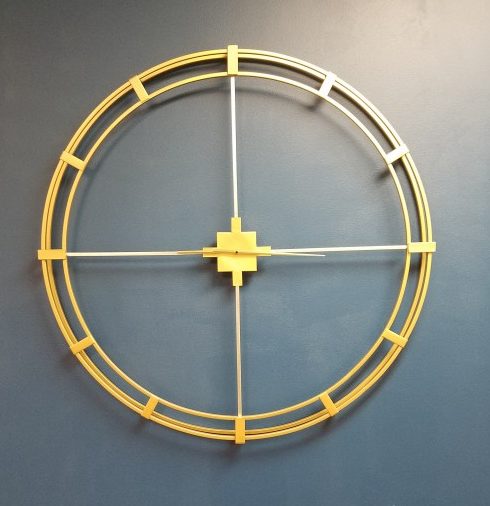 I showed you that we painted the office. What I didn’t show you was the design that happened once the painting was done. Actually, I won’t show you all of that either, I want to focus on one specific thing. The designer added a large clock to one of the walls. Its hard to see the scale of it from this photo, but its about 3 feet across.

For some reason, I decided that I didn’t like the clock. From about 7/15 through 8/15, every time I walked by the clock and didn’t see anybody around, I spun the minute hand to make the time incorrect. Sometimes if was only off by fifteen minutes. But as the month continued on, the clock became hours off.

Eventually I couldn’t keep it in and told my boss and one other guy about what I was doing. They laughed and then proceeded to tell me that management thought the clock was broken. They corrected the time multiple times and replaced the batteries at least once. They could not figure out why it didn’t work!

After about 2 months it got out that I was messing up the clock and the joke was up. Most of us got a good laugh out of it and the time is now correct!