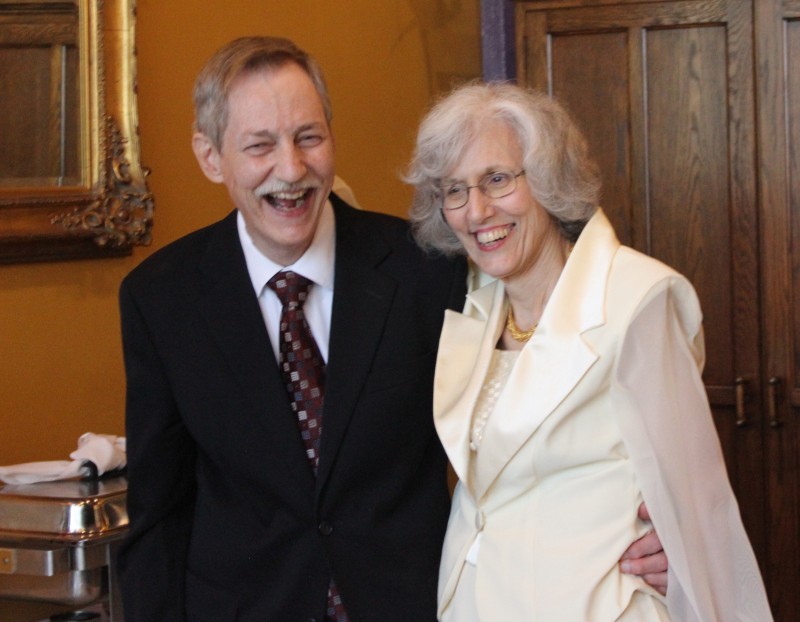 My in-laws celebrated their 50th wedding anniversary. Danelle and Brian organized a party at Cyrano’s to celebrate. Many years before, Henry and Carol had one of their first dates at Cyrano’s, making the venue especially appropriate. 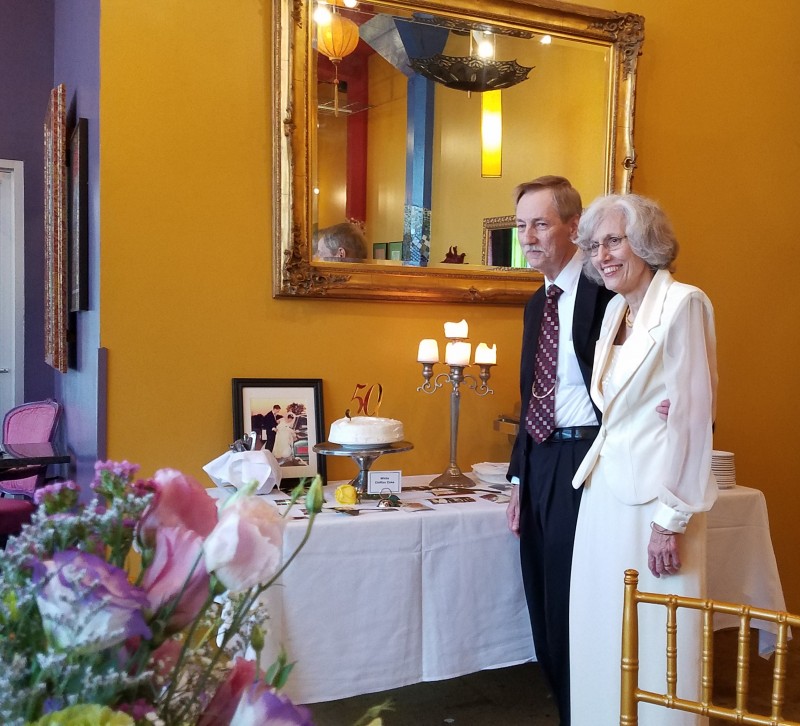 We were very excited to have a great turnout.  All of Henry and Carol’s siblings, children, and grandchildren were there, as well as many nieces, nephews, great-nieces, and great-nephews. 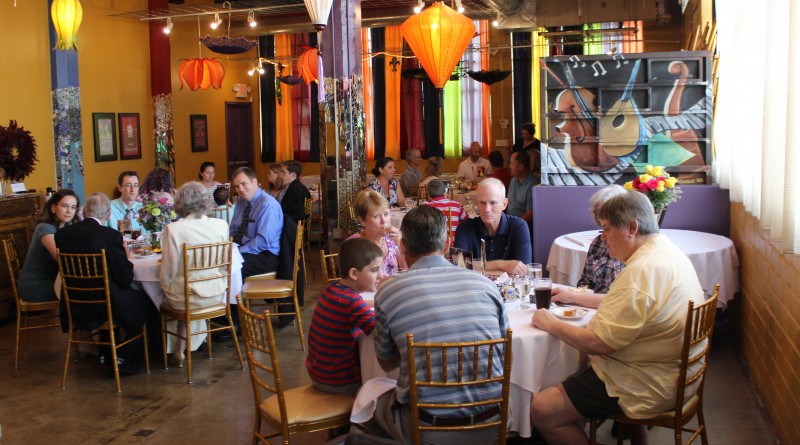 It’s not a party without a little fun influencing the next generation of trouble-makers! 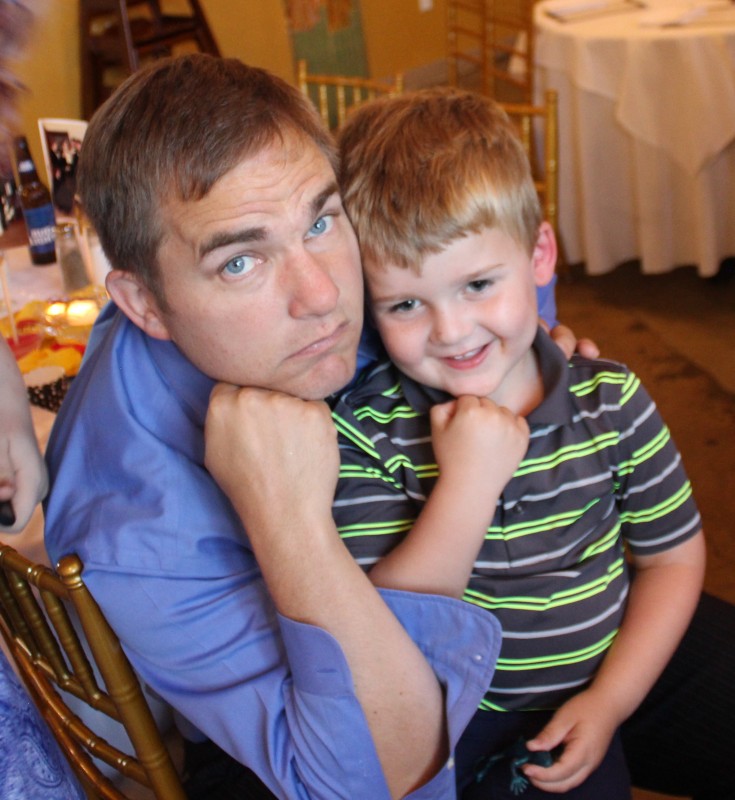 I didn’t catch the joke, but there was a lot of laughing! 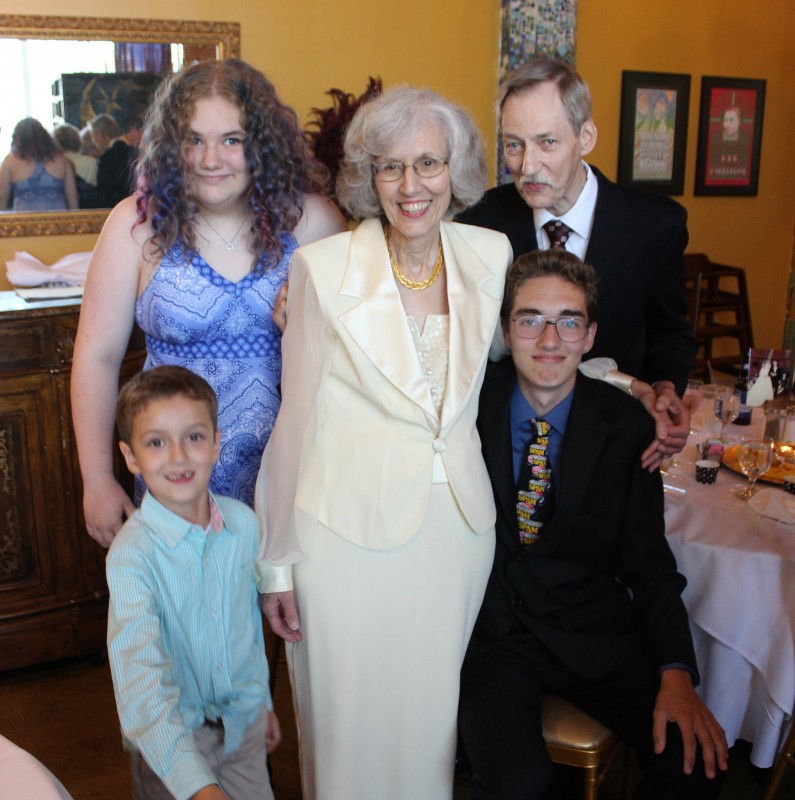 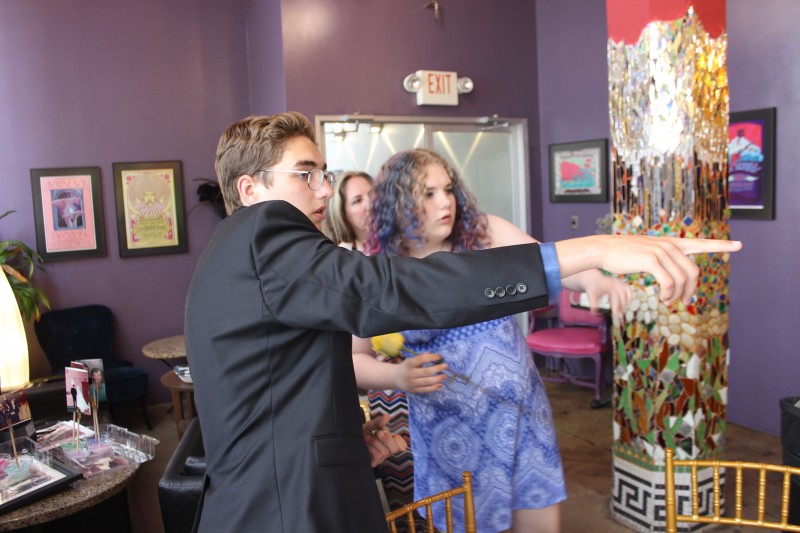 Brian and Danelle each said a few words talking about their parents. 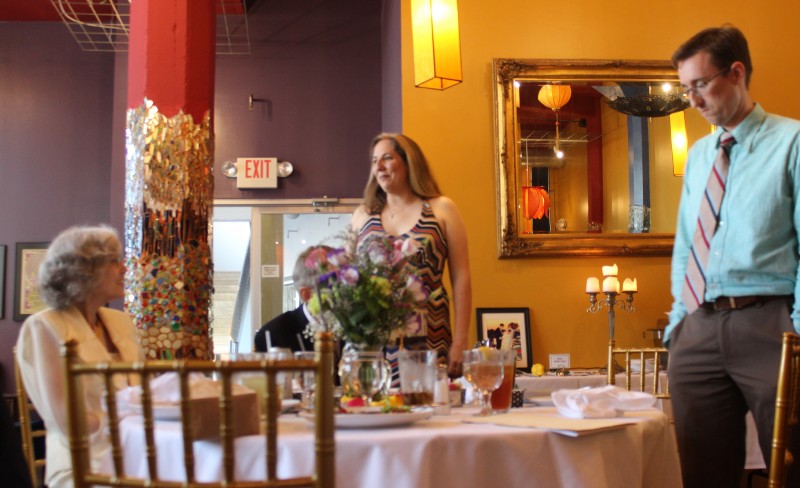 It seems that the Haake family has not quite cornered the market on goofiness.  Carol with her brother and sister made sure the columns at Cyrano’s would be able to stand up against some massive pressure. 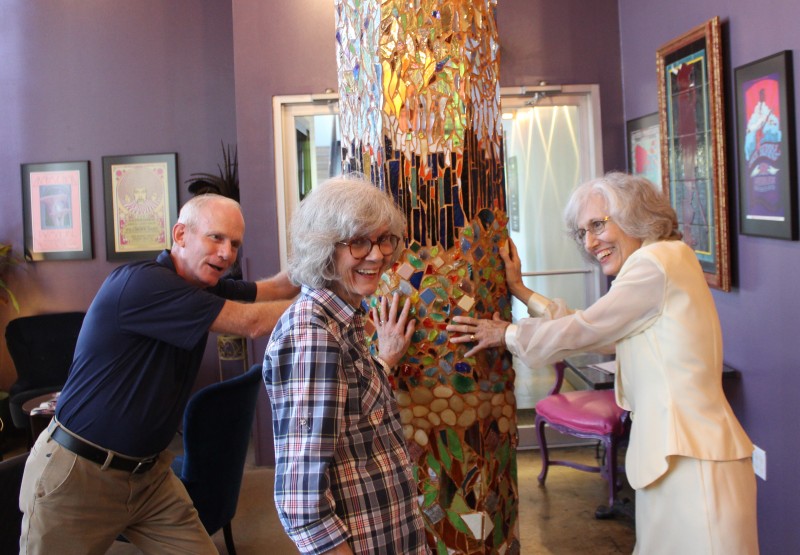