We spent New Year’s Eve at Kelly and Jeff’s house this year. Danelle doesn’t have too many opportunities to dress up, so she used this occasion and looked great! 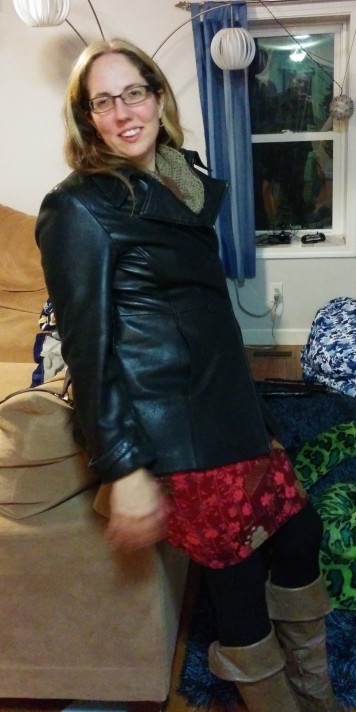 All our normal crew was there, but they had invites several of their other friends to join. There were more kids than we knew what to do with, but luckily they were all generally in the basement. We congregated in the kitchen near the food and drinks. 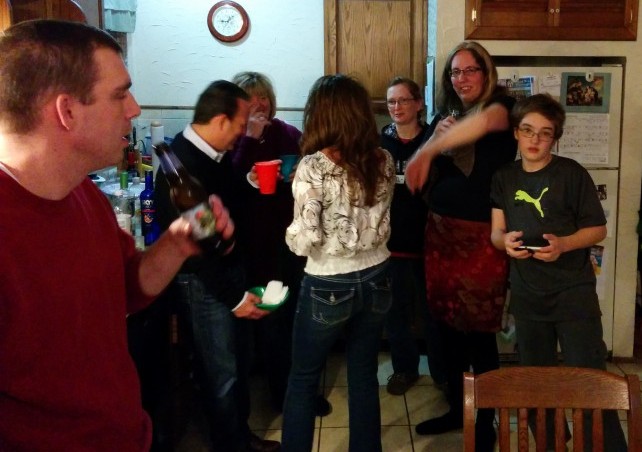 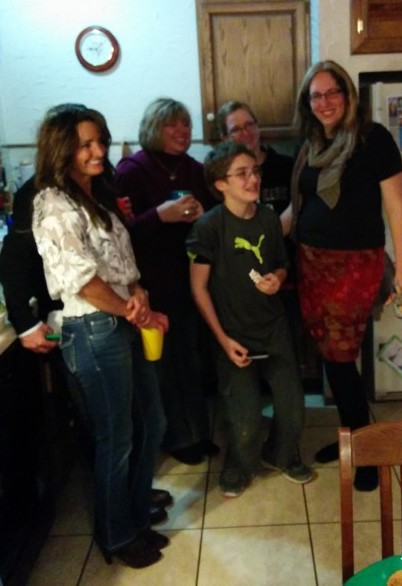 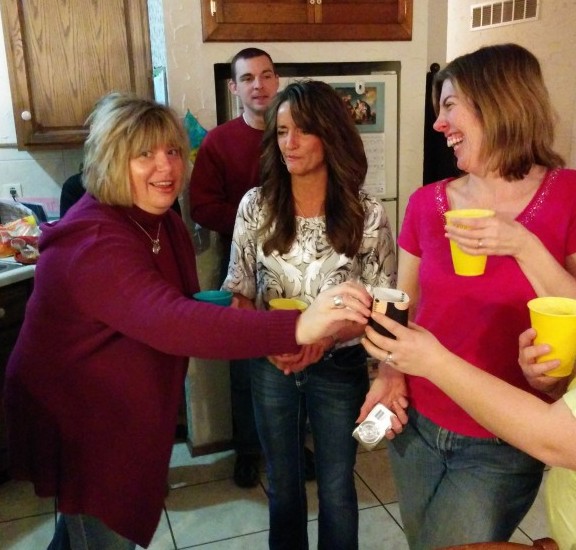 With the kids in the basement, we got in several rounds of Cards Against Humanity. I was entertained by the embarrassment and lack of knowledge related to the terms on the cards from the other parents. Corvin wanted to play, but we had to remind him many times that he is not old enough to understand.